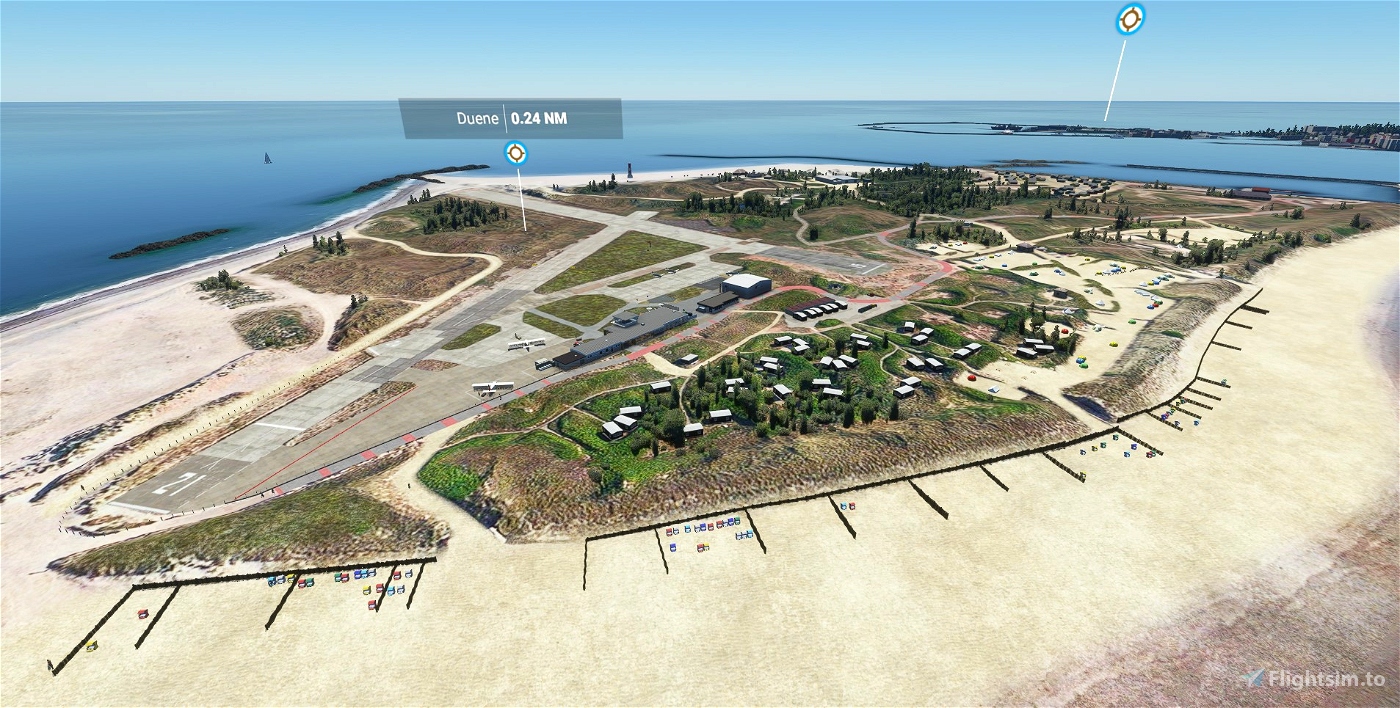 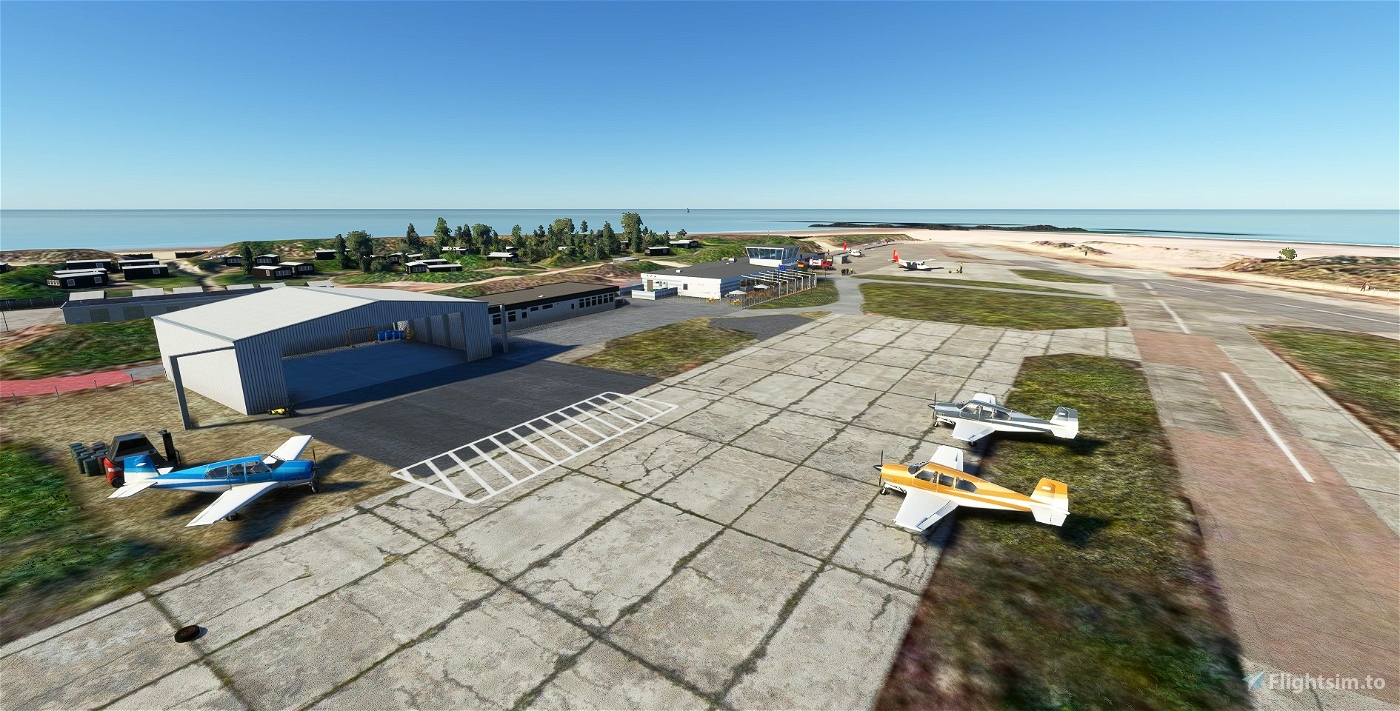 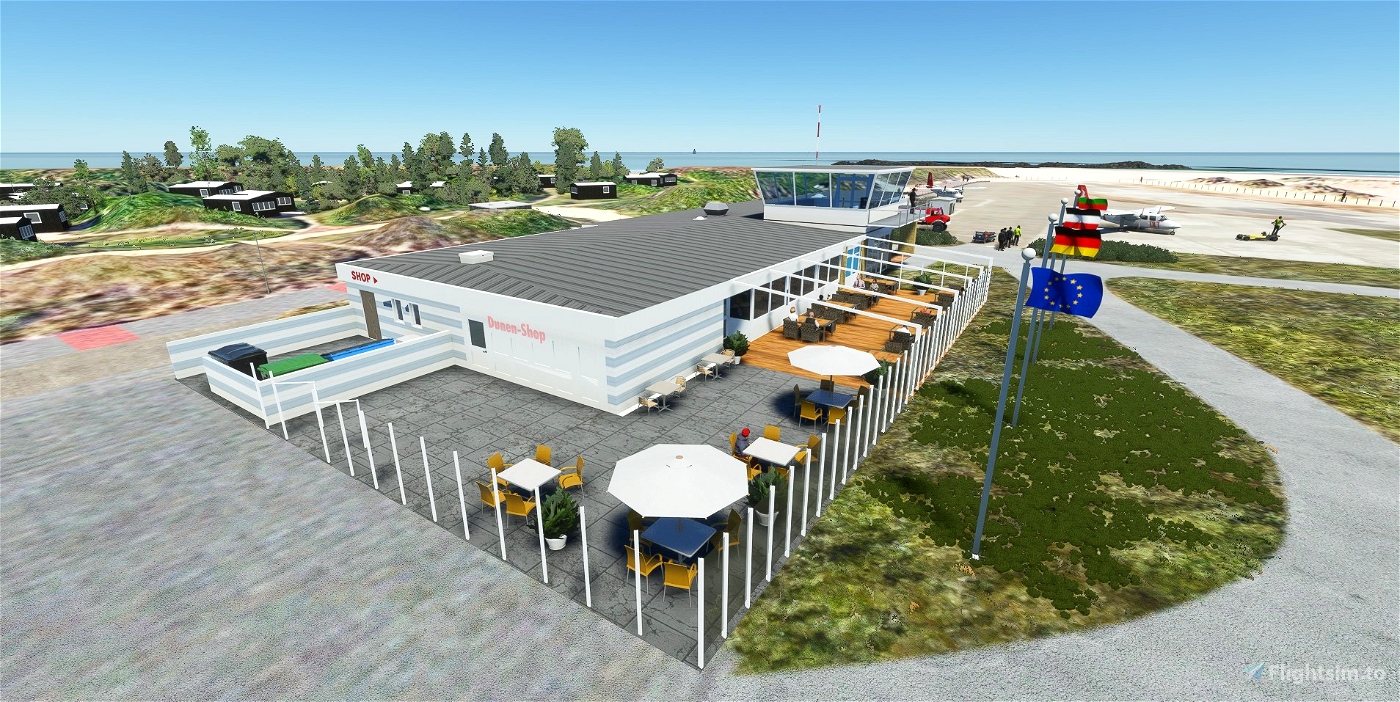 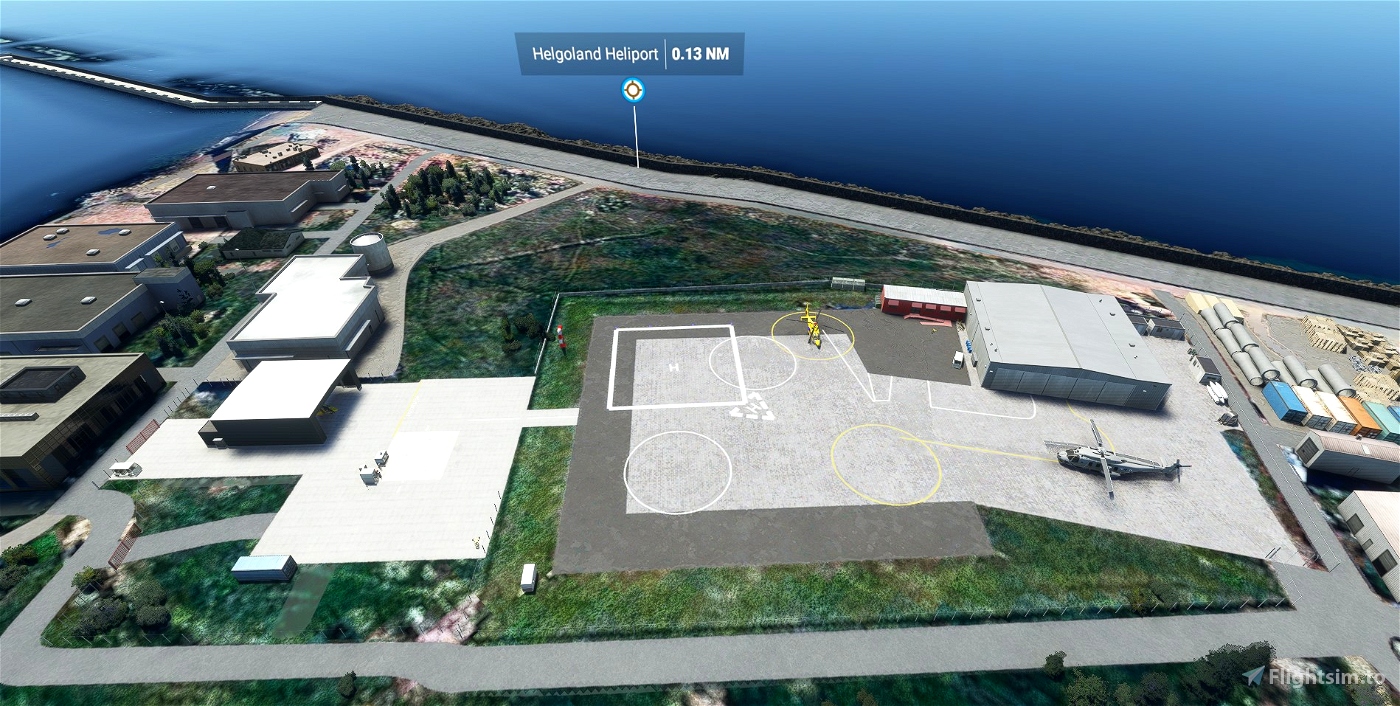 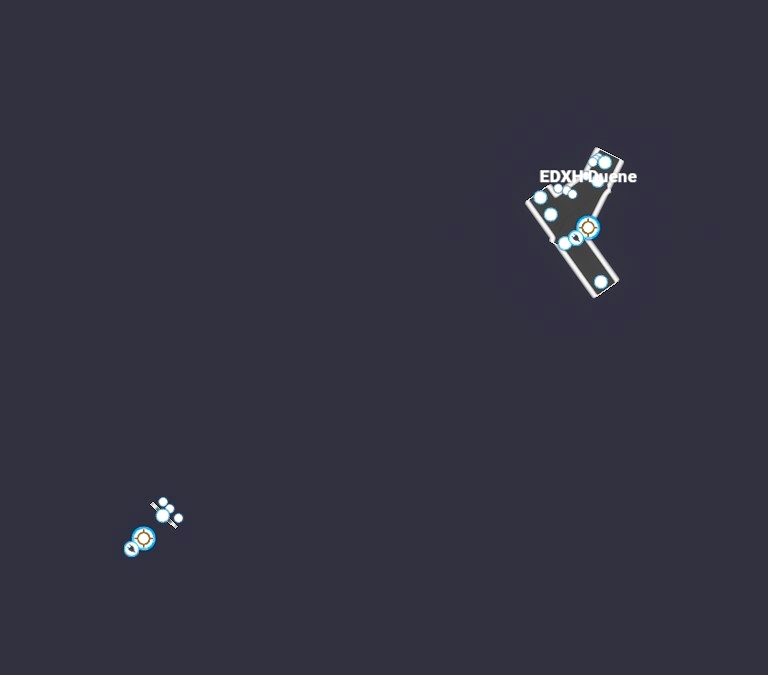 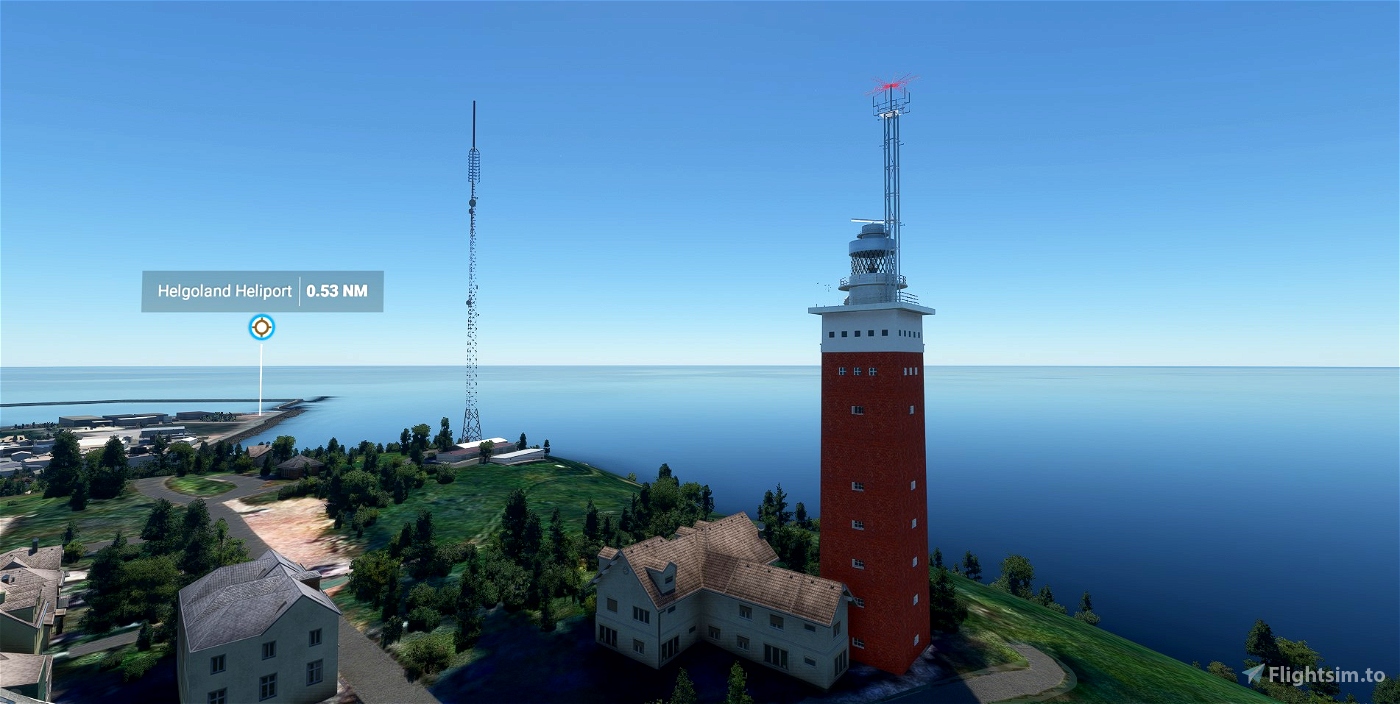 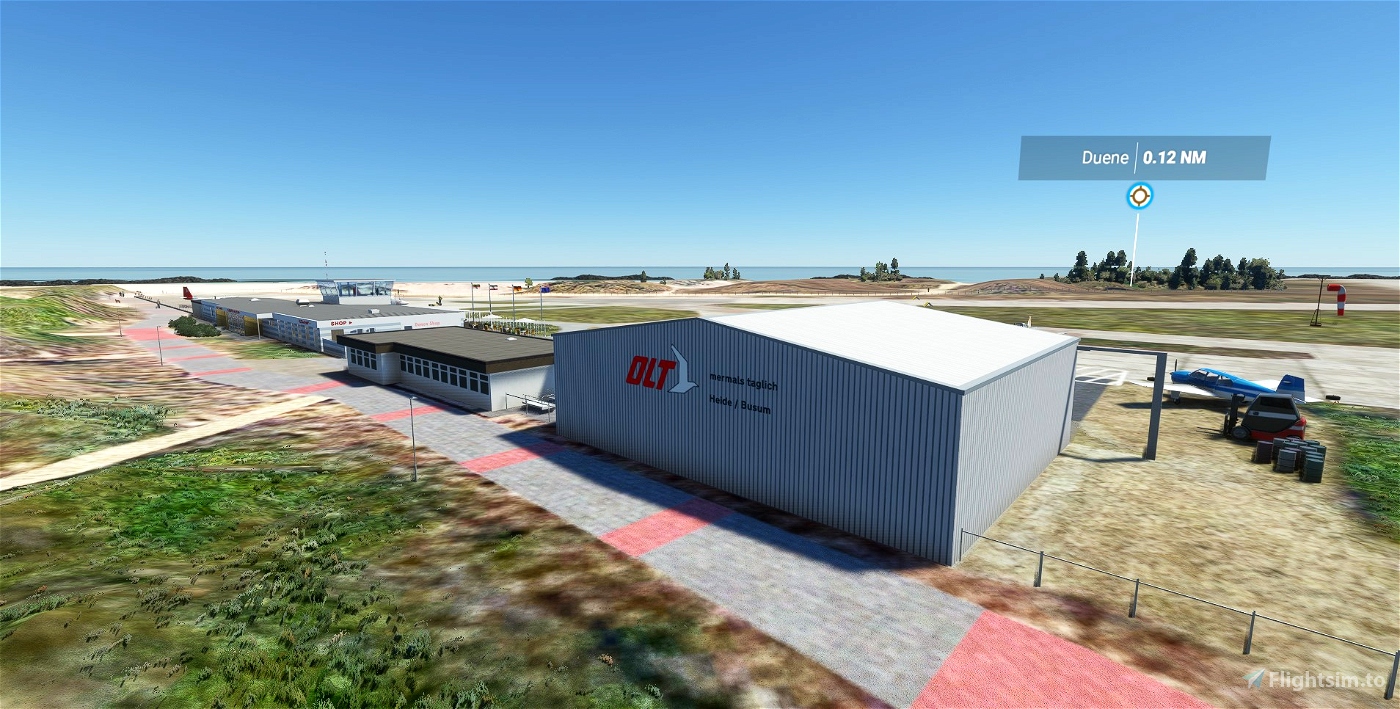 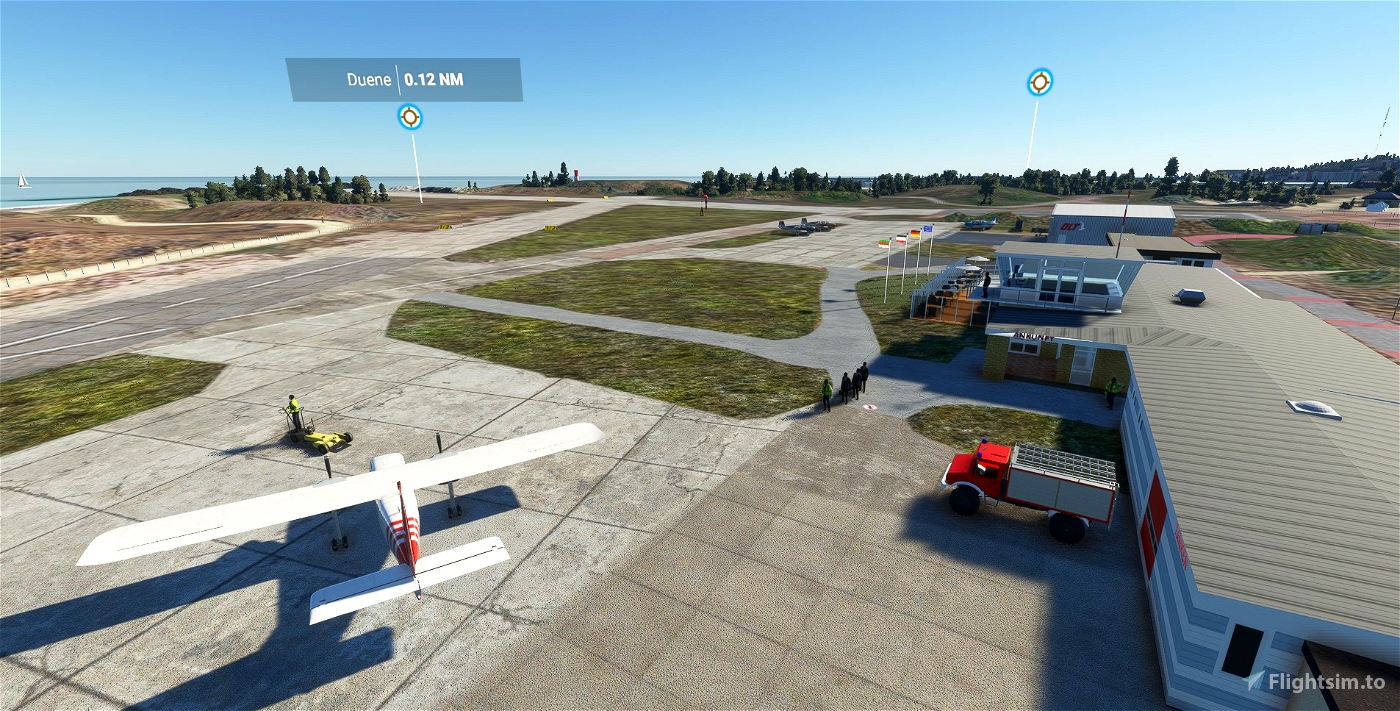 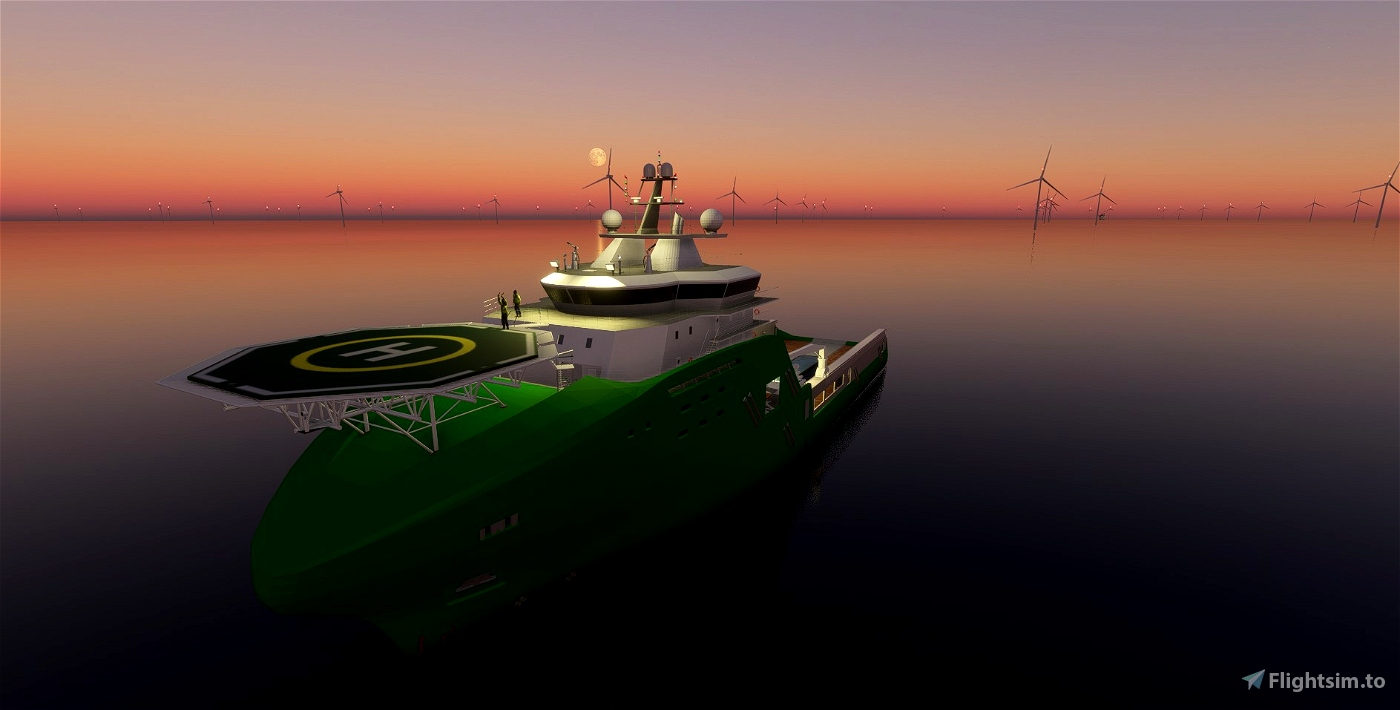 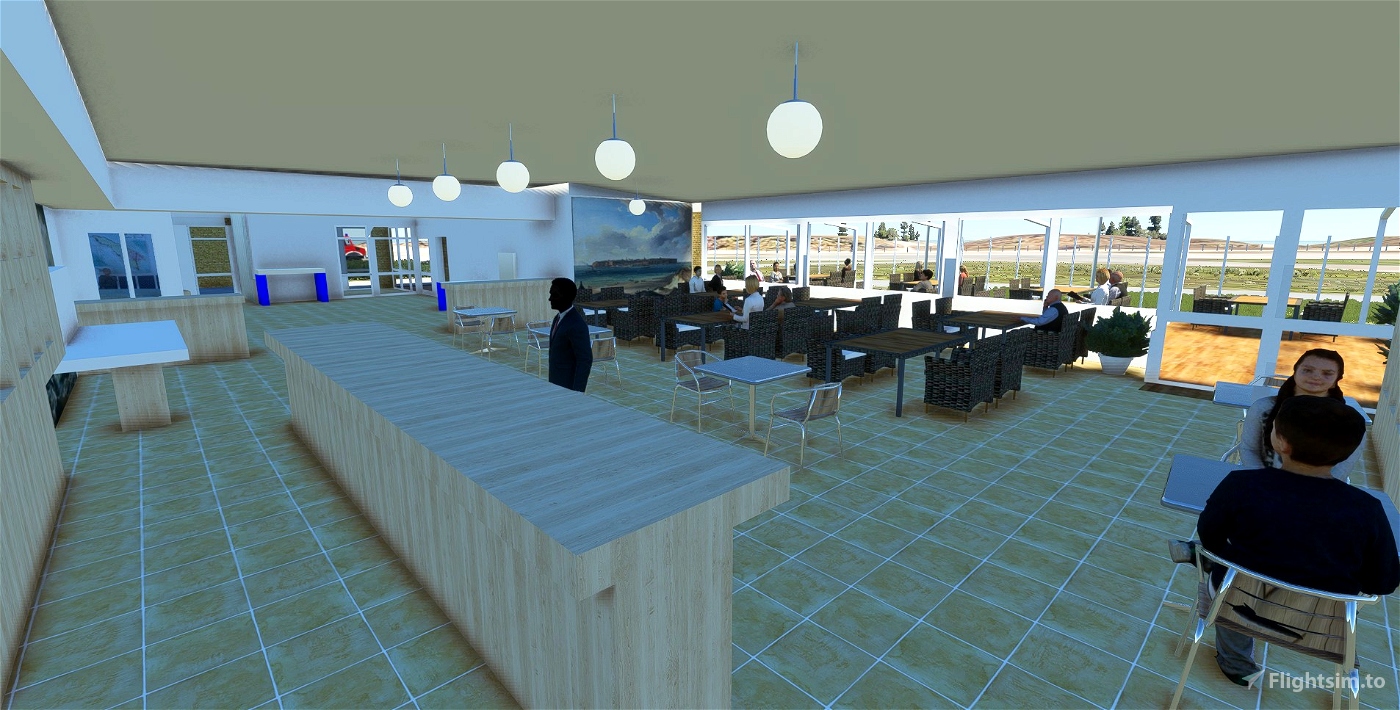 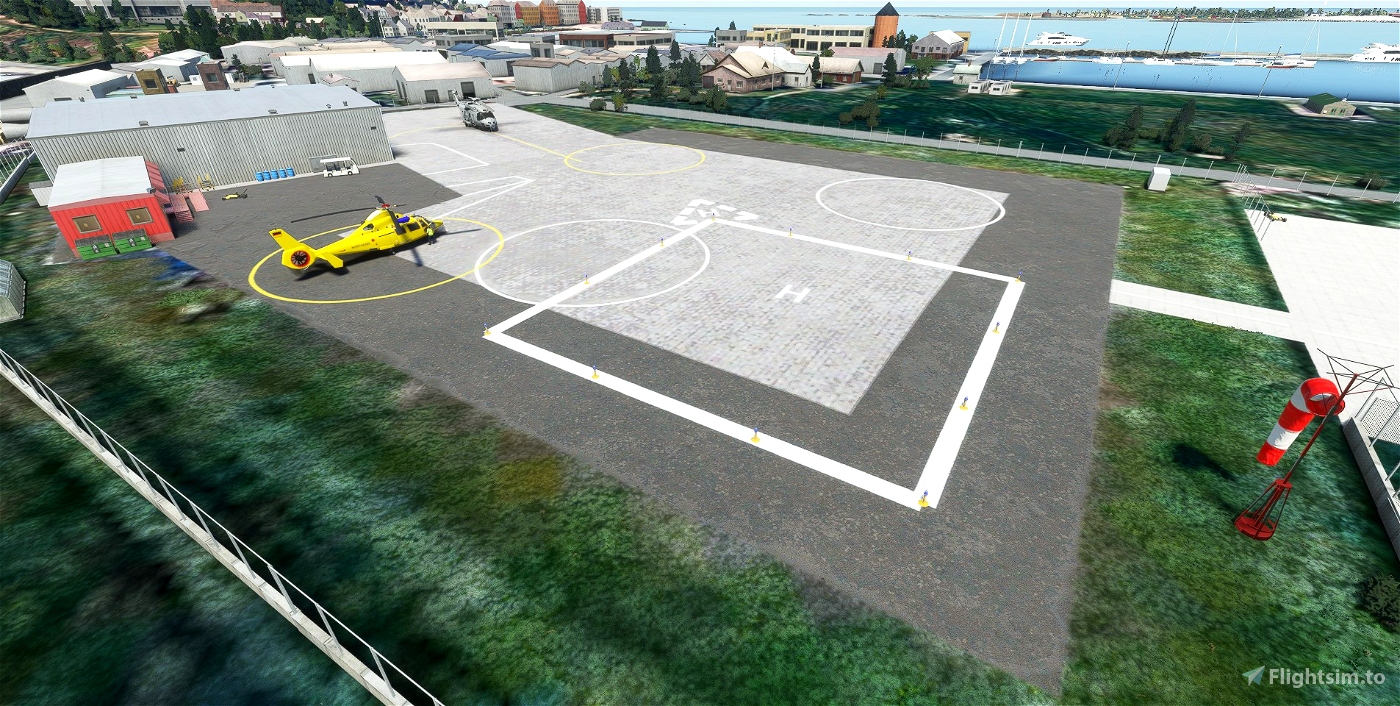 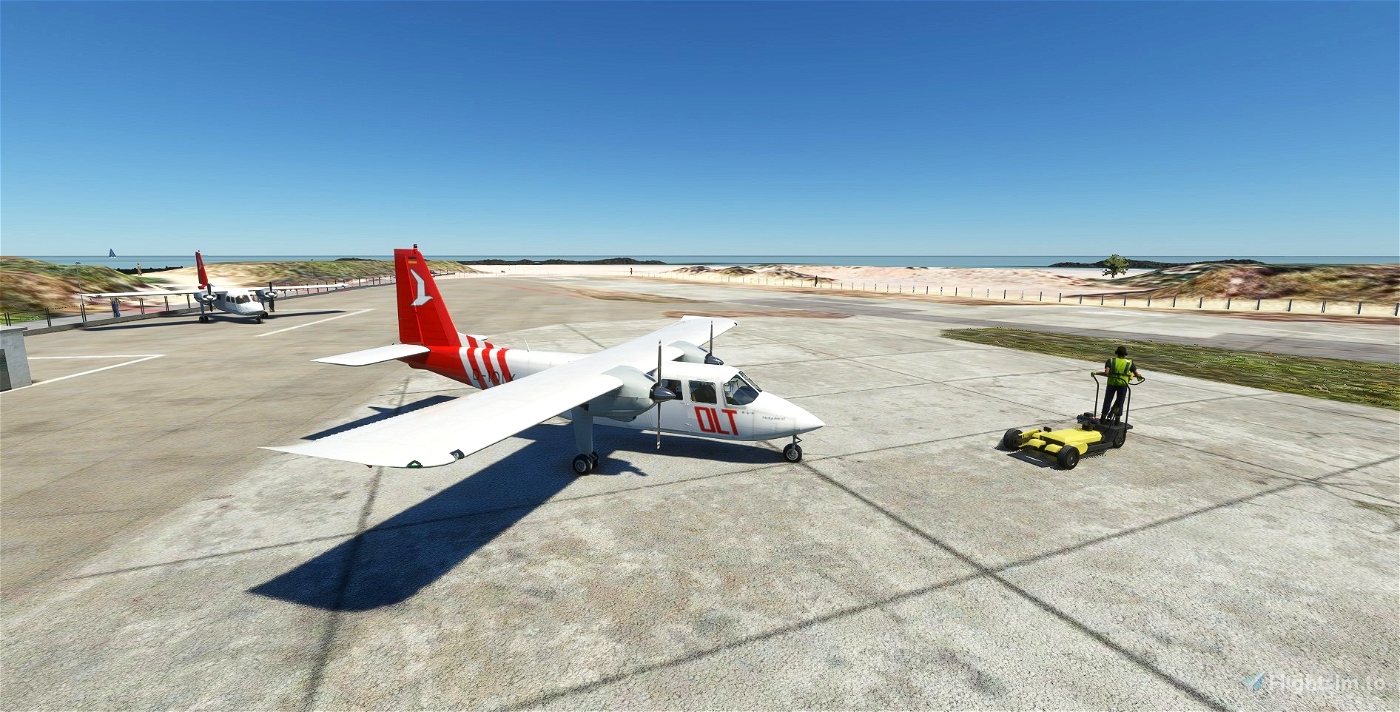 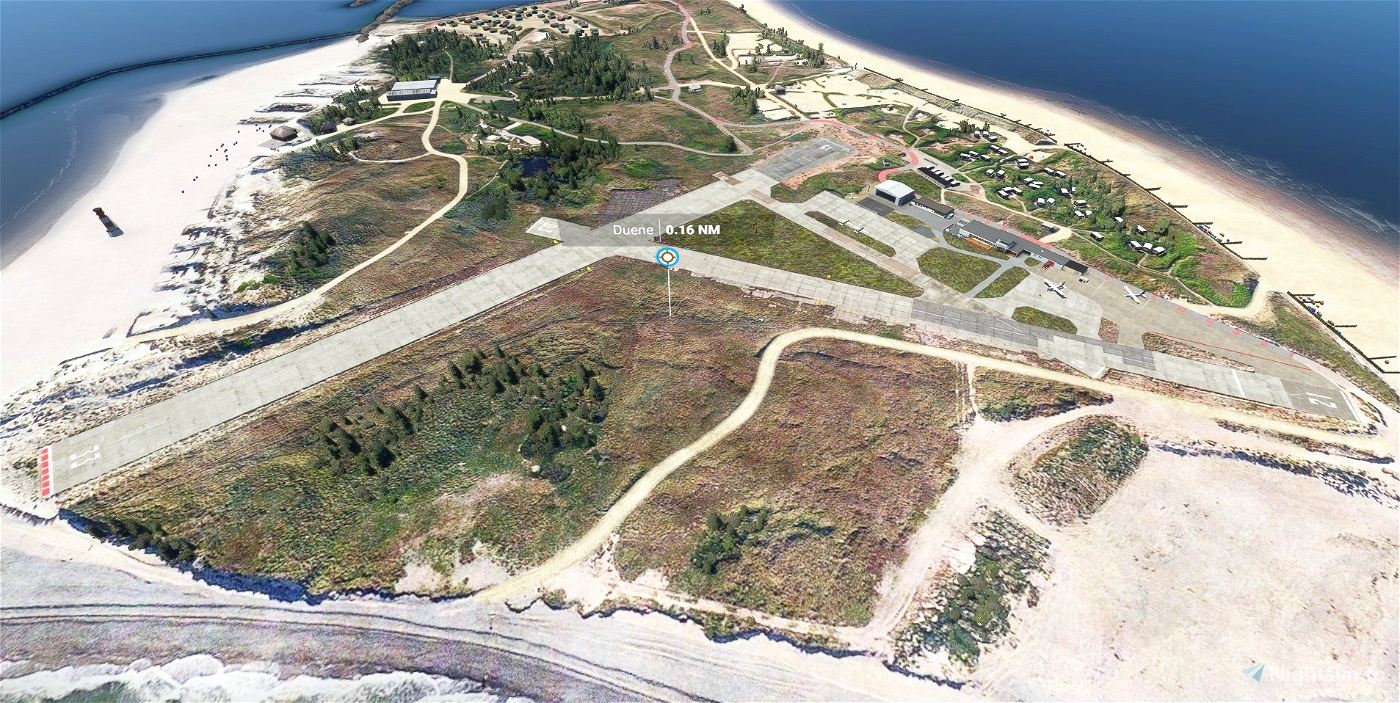 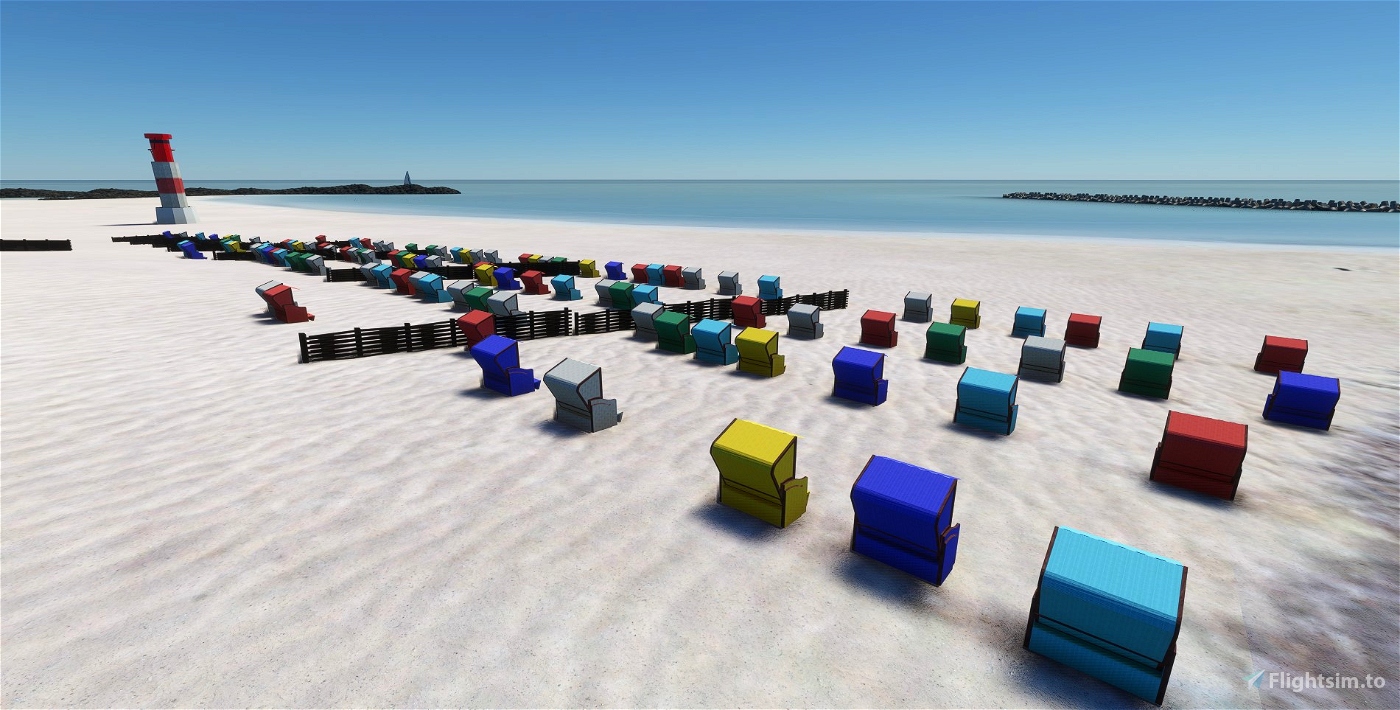 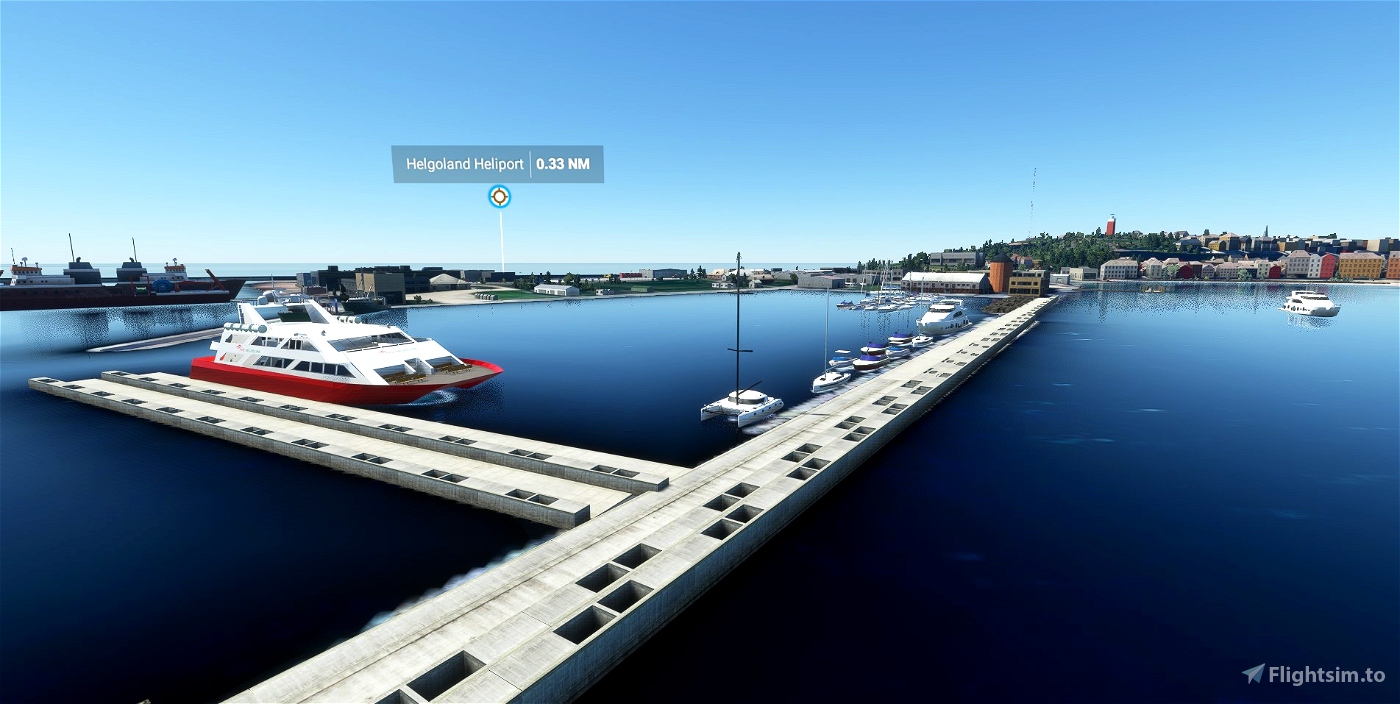 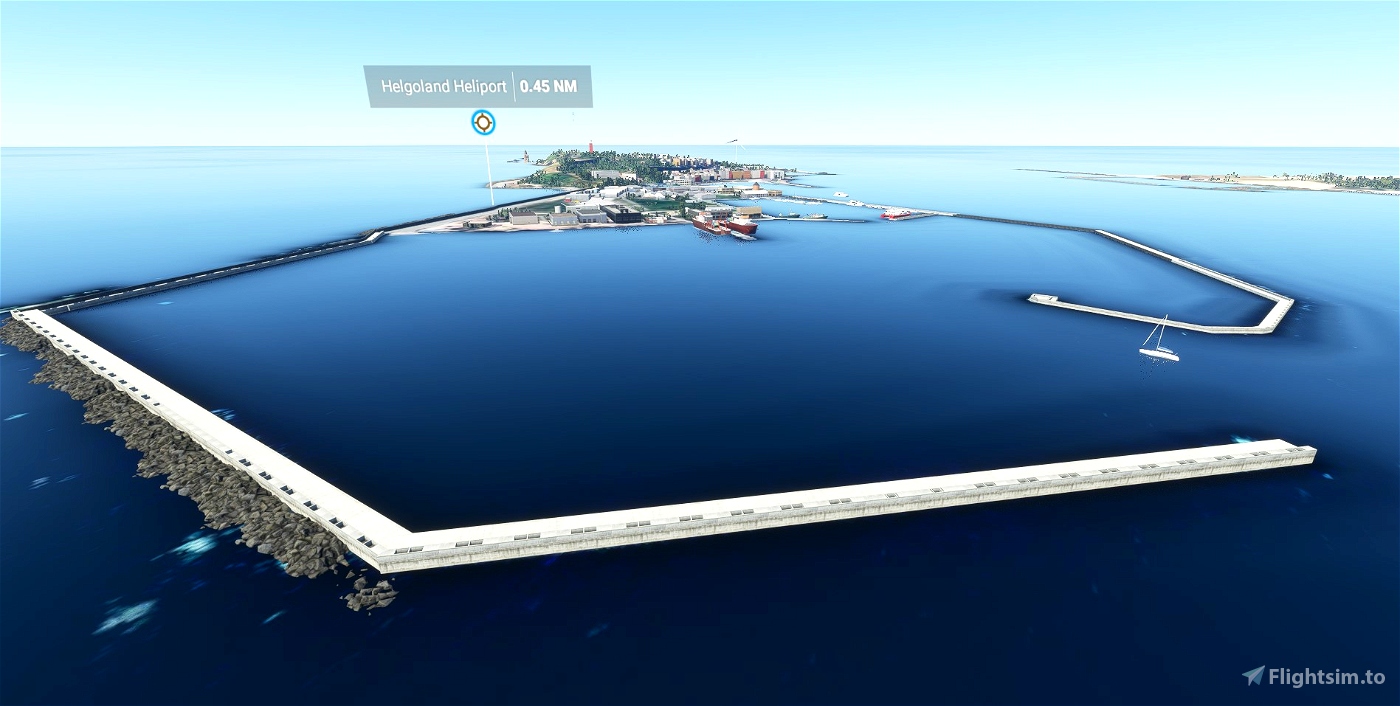 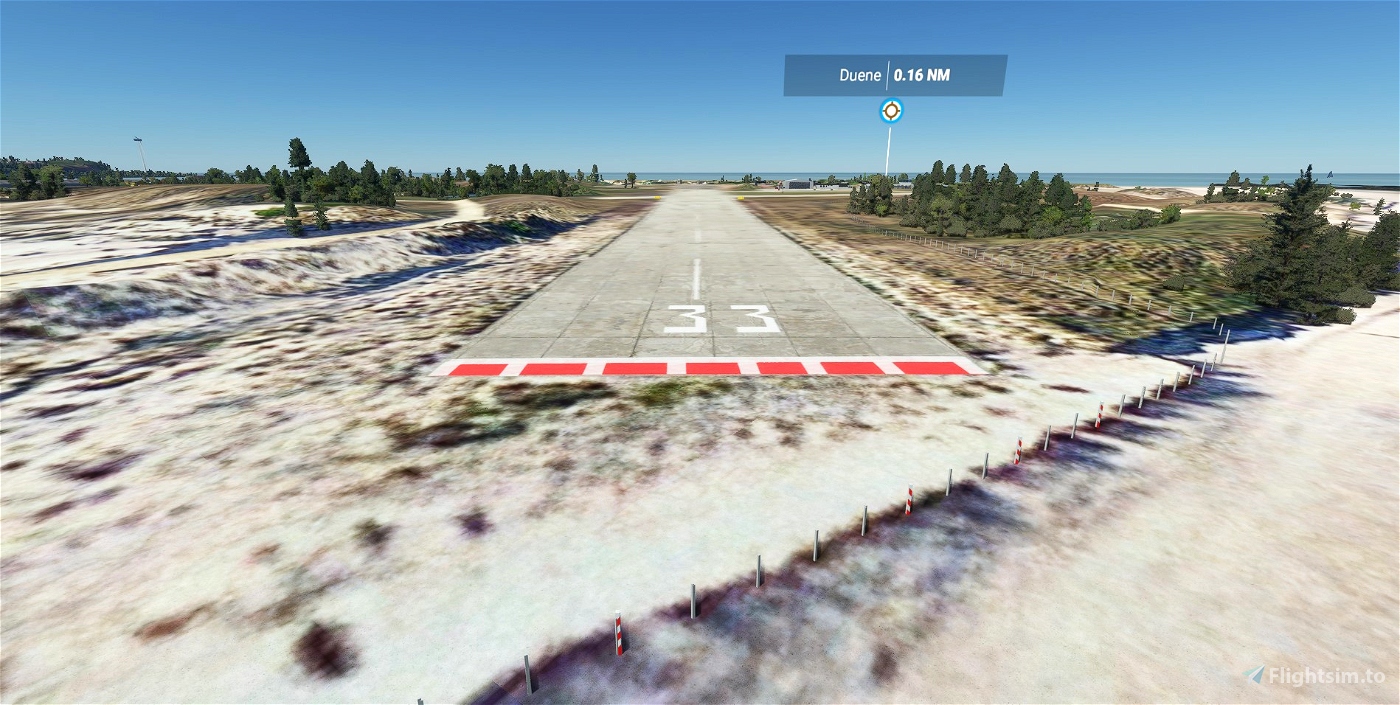 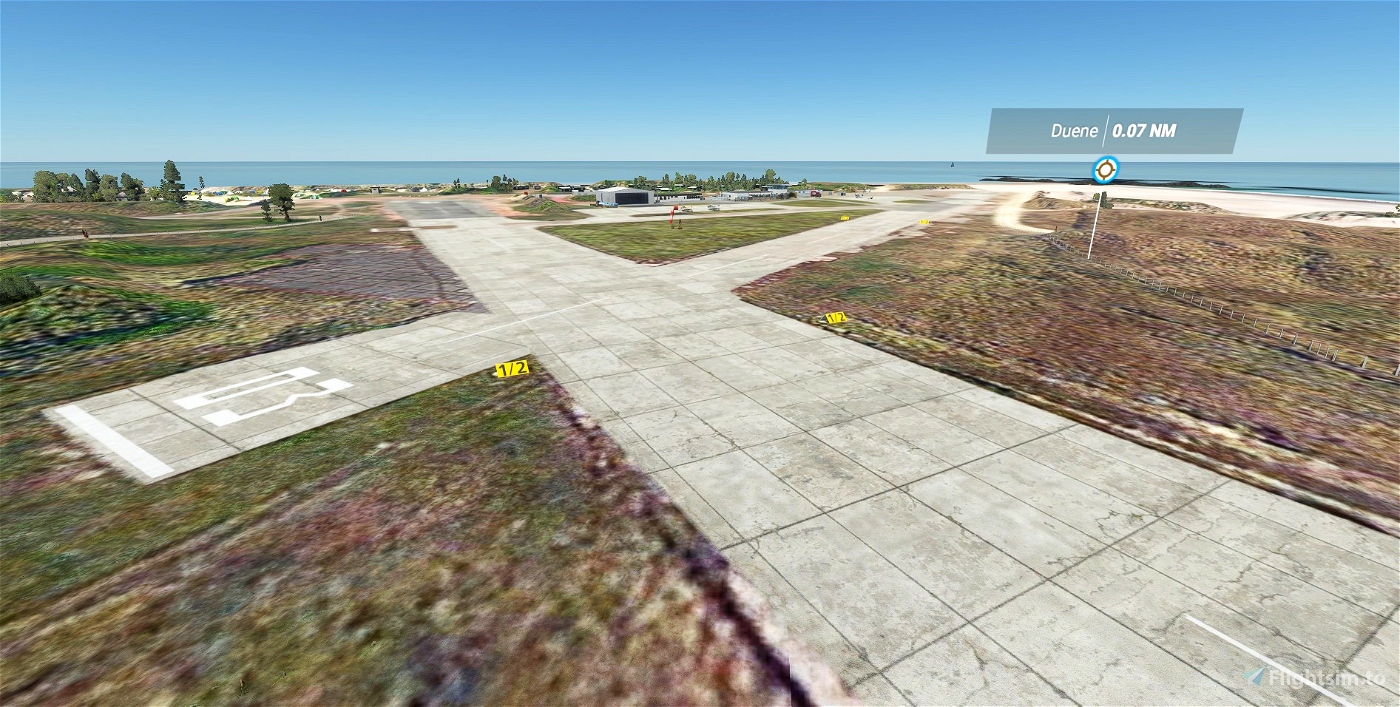 Compatibility with Sim Update 7 has not yet been confirmed.
1 0

Despite this I wanted to do Helgoland. For some reason the British call it Heligoland. It was of course occupied for a few years and exploded by the British and I still think of it as British as our royal family. Which is... Deutsch.

Anyway it's wet. There's an Islander to retexture and it's remote. All of these things are guaranteed to excite me.

There are 2 files inside the download folder. EDXH and EDYZ, the heliport.

You must delete the Asobo World Update 6 EDXH in your content manager to use this version.

I have added elevations as it was totally flat before. I've replaced some of the ground and beaches, added buildings and other details. I have also pulled back the sea and removed vegetation from the shores.

I also included some of Dave's 3d people - https://flightsim.to/file/5452/dave-s-3d-people-library but should add more really.

On the main island I have worked on the docks and sea walls. I've also added the heliport - with the fictional ICAO EDYZ. This is a separate file because I didn't want to confuse the original airport. If you don't want it the only thing you won't see modified is the heliport area.

Out to sea at the wind farms there are two oil rigs to land on, don't worry they are making special windy oil, and a ship.

There is also a second separate download. This is the original version made before World Update 6 which will work better if you delete all of World Update 6, not just this airport.

Model credits - Bernd G, Mandun, Charline P, Marjan A and big up to Mamu82 for the flags.

Returns my properly powerful lighthouse beam. I didn't realise it could burn through their lighthouse model glass that I can't get rid of.

The vegetation all over the islands has been lowered or erased where necessary.

Some modifications to the night lighting at the heliport and some tweaks to the airport parking to try and stop vehicles from spawning, but I don't think it worked. 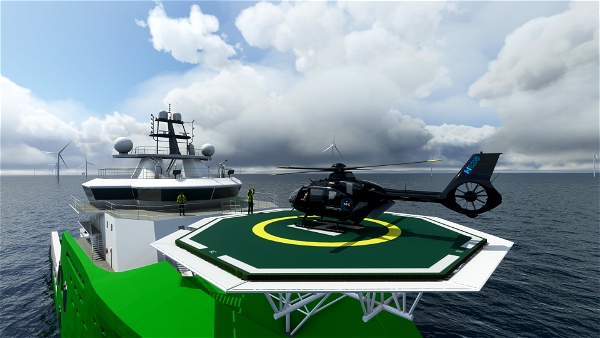 "You need to delete the official Asobo airport to use this version."

How does one delete an Asobo default airport?

In the main screen select the 'content manager' section and then search for edxh.

It's possible the result you get will be the whole world update without individual airports, so remove that from the search box and search again then you should find edxh - https://imgur.com/a/Nm15sso

You don't have to delete it of course but you will see double the buildings and some strangely placed items.

Thanks for the explanation. It is quite clear now.

On RWY 33 I have corrugations. The plane is jumping. Can't use the scenery. I used Helgoland World Update Delete as well.

Do you have a screenshot or video? Both versions have almost completely flat runways for me.

There was someone else who had very strange elevation problems with this area before the update. We failed to discover why.

Ok, I think I found the issue. I didn't delete the Asobo airport before. User error. I deleted Asobo and installed your mod. Now I can use the airport.

will there be an update of your great scenery? Since WU6 some objects are double, e.g. the lighthouse. I prefer your scenery as it is much, much better as what Asobo has created.

I can't delete any of their items around the islands without deleting the complete world update which makes things difficult, especially the heliport. And my lighthouse is sexier too but I think that needs to be removed.

The airport seems to delete OK. I will do some more checking and make some type of update in the next few days.

the wind farm is about 5 minutes ahead when you take off from runway 33. Fantastic!!

Super, superspud!!! I was not born there, like Reimer, but I know the island quite well. I am still curious about the cliffs.

Where can I find the wind farm with the green ship?

Greetings from the Baltic Sea, Koschi

If there were red rock models I would have completed the cliffs, but there aren't.

I'll see if the world update in a few weeks improves the elevation data and then think about what to do if they're still terrible.

Kudos to the developer! I felt at home on the dune! Everything was almost realistic. A little too much trees. The island is very creatively designed! But best of all is the 1:1 lighthouse! Thank you for your effort! I will now sit down in a Bn 2 and enjoy it!!!

I will double check the trees but it's difficult to define from satellite photos.

The least correct thing is the completely flat airfield, there should be raised vegetation, so I will see how it looks after the world update and work on that among other things.

THIS IS AMAZING I love this.

Brilliant! Thanks a lot!

Thanks again for a excellent scenery, all I can say is Bravo Zulu!

The only minor annoyance is the oversized wind turbine on the island that towers over everything. The wind turbine that is there in reality. is rather inconspicuous. But since it is listed in OSM, MSFS2020 puts one there. - The size does not matter for MSFS. You should remove it as soon as Asobo's SDK allows you to exclude wind turbines.

I thought I was a genius by putting a terraforming rectangle around it and burying it. You could still see flashes of the blades turning ominously in the hole which I covered up with the building.

But as soon as you go further away it springs up again. Hopefully that should be removable some day.

Great job! How many hours you have worked on this scenery? Five stars at least! Thank you.

More than I want to calculate. I could probably have relearnt my German in the same amount of time. And there's plenty more to do.

The scenery is presented on this page...

That is very cool to see.

I used to speak pretty good German. I have forgotten all of it. Thanks to the internet and sites like this maybe I can be lazy and not try to relearn it.

These 2 folders go in the community folder, not 'Helgoland'. Try that if you haven't and see if it appears.

These 2 folders go in the community folder, not 'Helgoland'

Very well made and more than overdue as the default scenery was ridiculous. Many thanks for that. BTW, don't say the intense lighthouse beam is unrealistic: I live in 75km beeline from Heligoland and in clear nights I can see the light beam shining over the horizon. It is the most powerful lighthouse at both german coastlines.

Thank you. That's useful to know. I hope the islanders have very thick curtains.

I think this beam is visible to about 10-15 km, maybe more. If I make it brighter the entire island might burn a hole everyone's screen.

There's still plenty more work to do so I will experiment more with that as well.

As the beam rotates over their heads, I guess normal curtains are sufficient 😊

The officially stated range of the light is 28nm (~52km).

Nice work, thanks for providing it for free. 5 stars go on the trip! 😉

One time more, amazing work that you make. Thanks, and thanks again.