V1.10 - Cleaned up some additional foliage and water flooding that I either missed or came out from WU10.  Also added more palm trees in the beach areas of Orange County and San Diego County.

V1.3 - Added Palm Springs area and cleaned up additional flooded roads that I had missed previously.

V1.2 - Cleaned up additional foliage areas.  Added palm trees here and there (way too many to do).  Fixed more flooded roads that I had missed in previous versions.

This package removes excess foliage in and around Souther California USA.  See pictures for an exmample of what this packages does (first picture is on approach to RW33 at KLGB.  Note the visual difference on the Long Beach State campus).  When removing the AI foliage, the 3D photogrametry foliage becomes visable.  This look may not be to your liking, so give it try and see... if you don't like it, delete it.  Some of the areas of note:

Check out my other foliage/water clean-up packages including

Also, check out the fine work of MisterCoffee1. whom I am coordinating with to cover the US.  In general, I'm covering cities west of the Mississippi and he's covering cities east.

This file has been scanned for viruses and is safe to download.
More Uploads by FreakyD 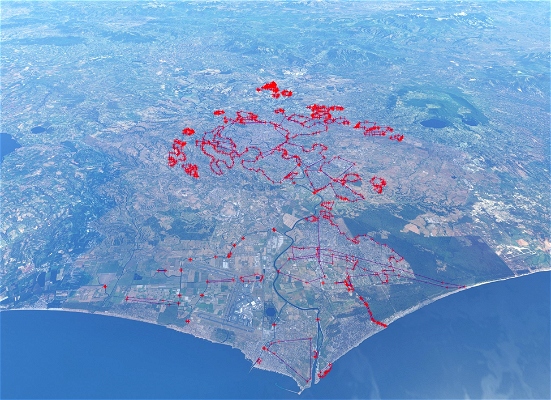 Yes. Put 1.10 and 1.9 in a column of numbers in Excel, then sort in ascending order and see which comes first. Oh, by the way you have done a ton of great work on MSFS. So a BIG thank you! Did you ever address the Ft Myers, Punta Gorda area of SW Florida?

Love the mod but it looks like the trees are massive. Is there a way to reduce the palm heights by half?

ummmm since this latest update on the IRNMN2 arrival into KLAX in the Malibu hills, Topanga State Park and in parts of Santa Monica, there are HUGE rectangle buildings / objects scattered throughout there. thought I'd let you know since no one else has seemed to have noticed this. keep up the amazing work. I do have a screenshot saved incase you wanted to see what I am talking about.

Yeah, show me what you got. I'll take a look.

Private Messaged you the screenshot

4 month(s) ago / Thanked by FreakyD

Does this work with all the other water fixes or is it combination of them?

7 month(s) ago / Thanked by FreakyD

8 month(s) ago / Thanked by FreakyD

Great work, the sim makes SoCal more lush than it actually is.

Can you clean up the Santa Clarita area? When on the ILS for VNY there is a big river that actually is all dried out.

9 month(s) ago / Thanked by FreakyD

What amazing work you do! Thank you. Does this area include San Diego County? That area is gorgeous and deserving of some TLC. Also, I wish to donate, can't see a place to do it tho.

Yep. Per the description, it cover all 4 SoCal counties (LA, OC, RIV and SD).

As for donations... nah... I do these for myself and share with the community via this website.

9 month(s) ago / Thanked by FreakyD

I see what you did here! and I love it! Never understood why so many trees! I recommend a fix in Philadelphia if you have a chance! Thanks for your great add on! definitely a must have!

When adding the file folder am I supposed to extract the folder or can I just drag and drop in the community folder?

Do you know if this is compatible with Bijan Trees?

Nope... don't even know what that is. But this packages only removes autogen trees. If this is some sort of add on that replaces autogen trees with some other model, it'll probably be OK.

I just checked and they are not compatible. All trees, whether default, Bijan's or any other mod's get deleted wherever this mod deletes trees. Unfortunately, there is no way to set which mods have priority, that I know of.

I have a question. I just flew over UCSD and Sea World in San Diego (I'm a local) and it looks like you removed all vegetation from those areas and left all the PG trees, etc. Is there any more to it?

Nope... all I've done with foliage is remove the AI trees, which exposes the Bing photogrametry trees.

I see. Well, I've only checked out the locations in San Diego, but they look weird when flying low. There are no trees at all and the PG trees stand out like a sore thumb. Could you add some trees back and exclude the PG trees with polygons? I am doing something similar in my mods, I know it's a lot of work, but I think it looks better.

Why are mine photogrammetry trees just big towers of beams? These monolith of so called trees are scary, is there any fix?

Nope... those are probably palm trees. The AI can't resolve them so they model a spire.

Italian cypress trees dude. They're all over southern CA and elsewhere, Nevada etc.

This package does clean up the valley and inland empire.

Add a comparison picture so we can 'note the difference'

Great work on this and badly needed since autogen trees are still way too large compared to photogrammetry trees. I've been working on some edits with tree removal and other improvements for the SF Bay Area but I've been too busy to continue it, so it's awesome to see LA covered. Thank you very much!

P.S. I suggest adding more screenshots especially of the amusement parks up close to show the difference it makes in details of those iconic places 😊

I also suggest excluding from stadiums as well (aside from a couple you have posted already). There are also many misplaced trees on small bridges over creeks, freeways, and overpasses but it's a lot to ask for on the scale of LA.

These users have donated to FreakyD to keep him making awesome add-ons everyone can enjoy.