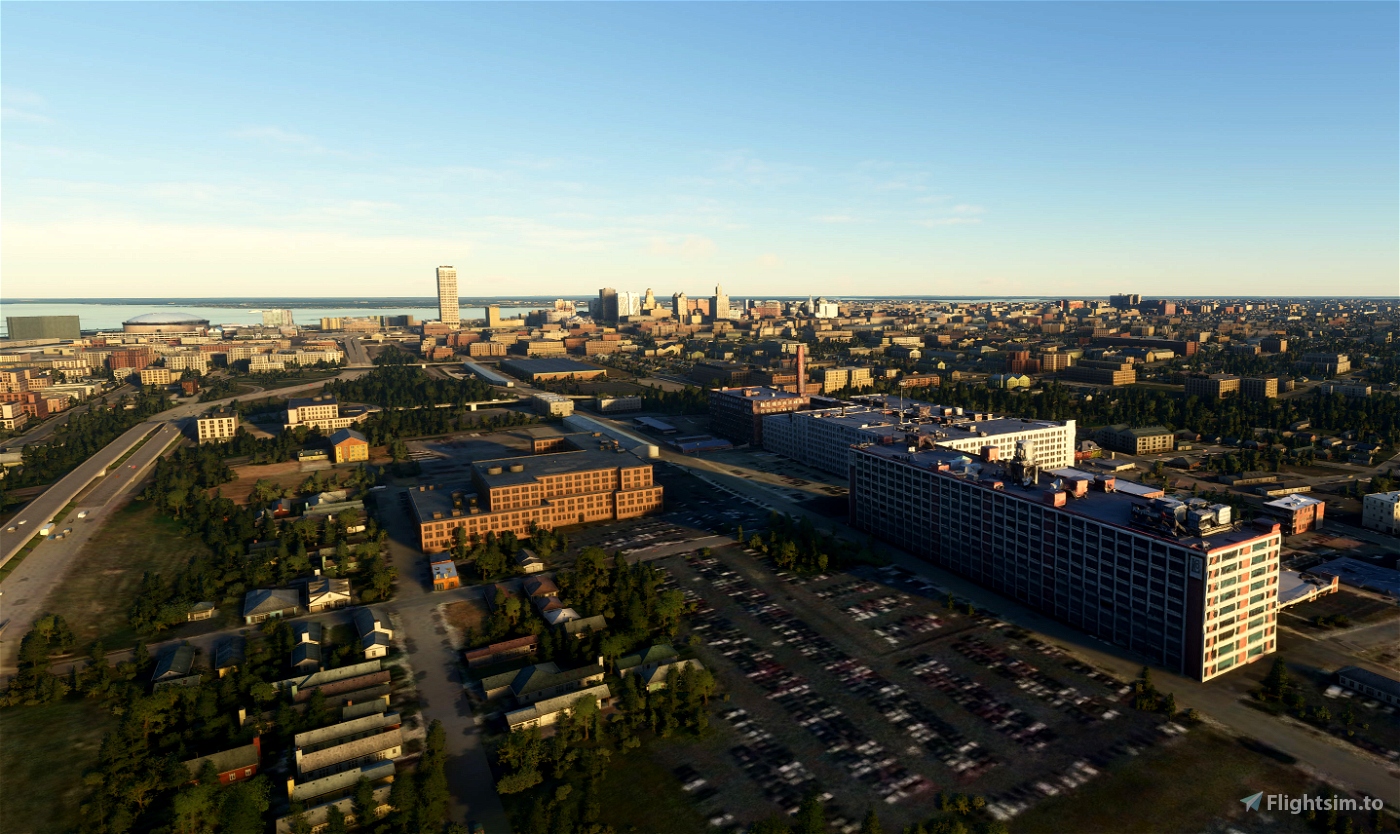 
This file has been scanned for viruses and is safe to download.


View on Forums
What does the Community say?

This is the second version of my Buffalo Skyline Pack which adds more buildings and corrects texture brightness.  The purpose of this pack is the make the non-photogramerty city of Buffalo, NY "feel" more like Buffalo by adding many of its iconic buildings downtown. Buffalo is the second largest city in New York State (after New York City) and is home to the NFL's Buffalo Bills and NHL's Buffalo Sabres as well as the largest state university in New York, the University at Buffalo.  The city limits are home to about 275,000 people and the Buffalo metro area including suburbs is over 1,000,000.  Buffalo is situated at the juncture of Lake Erie and the Niagara River and is host to one of the busiest border crossings between the US and Canada via the Peace Bridge.

Version 2 of this pack adds the Buffalo Medical Campus just north of downtown, Larkinville to the east, as well as a few other new buildings in downtown.  Textures for all buildings have also been adjusted to be less bright and washed out in game. THERE IS NO NIGHT LIGHTING AS OF NOW.

-Courtyard by Marriot at Canalside

© Domitian - All rights reserved. Any reupload or redistribution of this file without the author's prior written consent is forbidden.
This Flight Simulator 2020 Mod was created by Domitian and shared in Scenery Enhancements » Cities for Microsoft Flight Simulator.