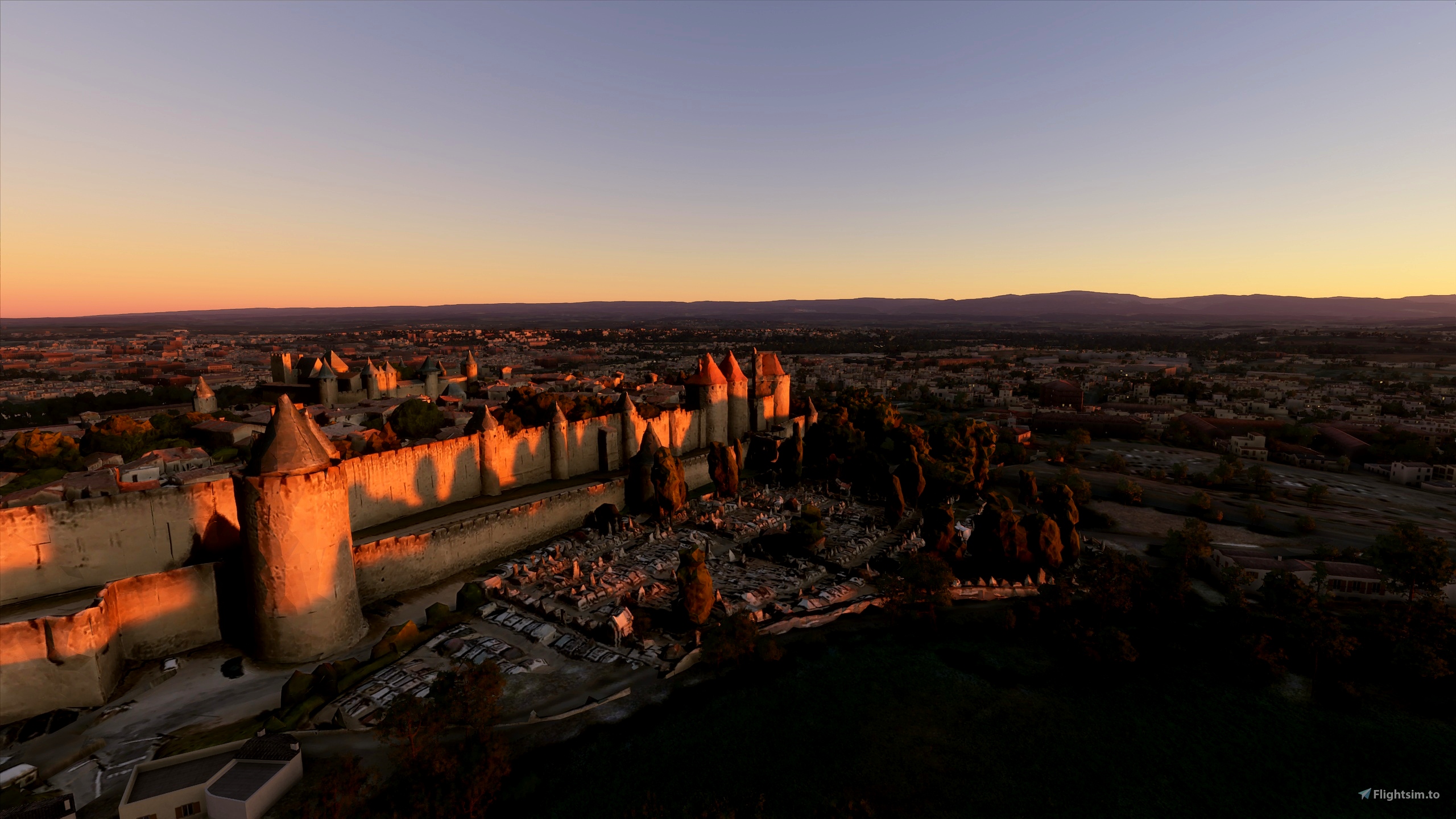 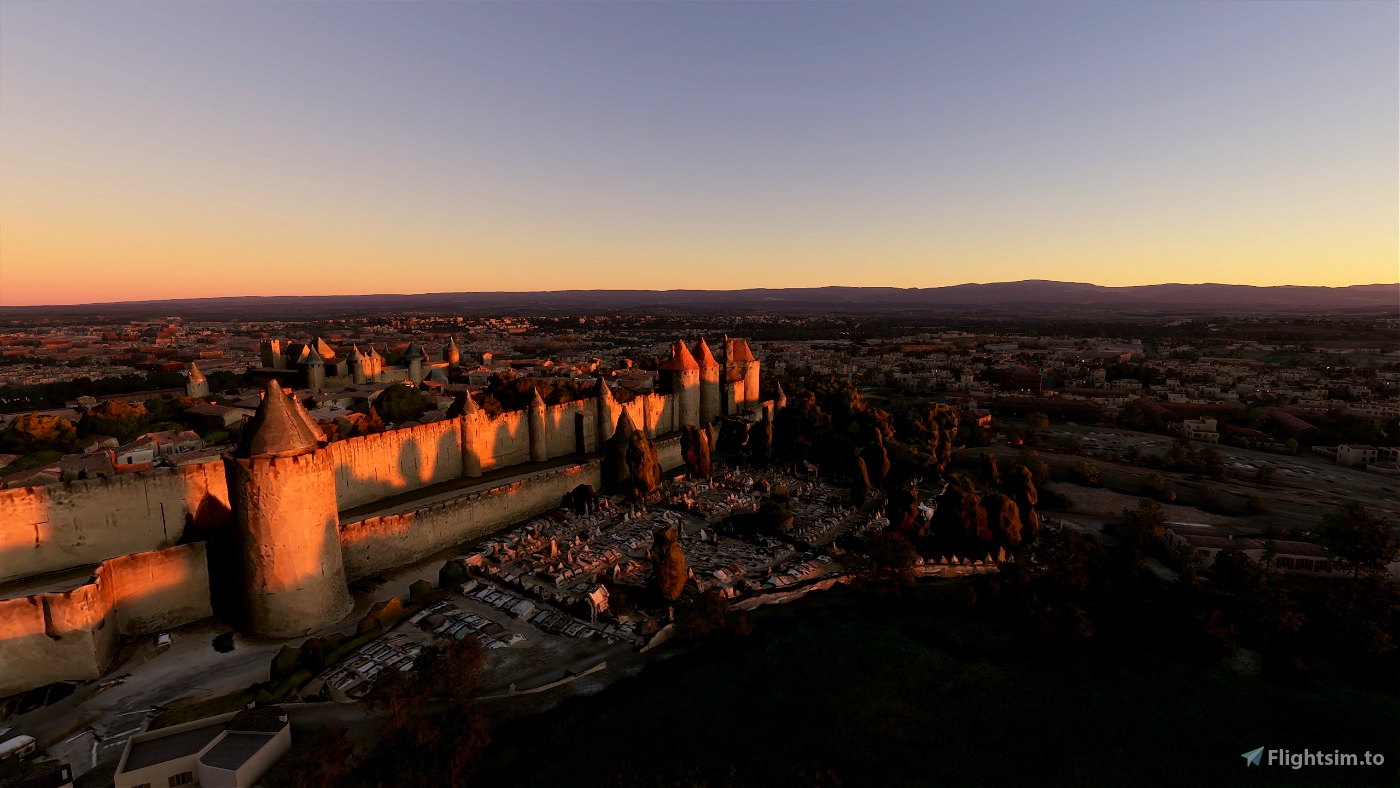 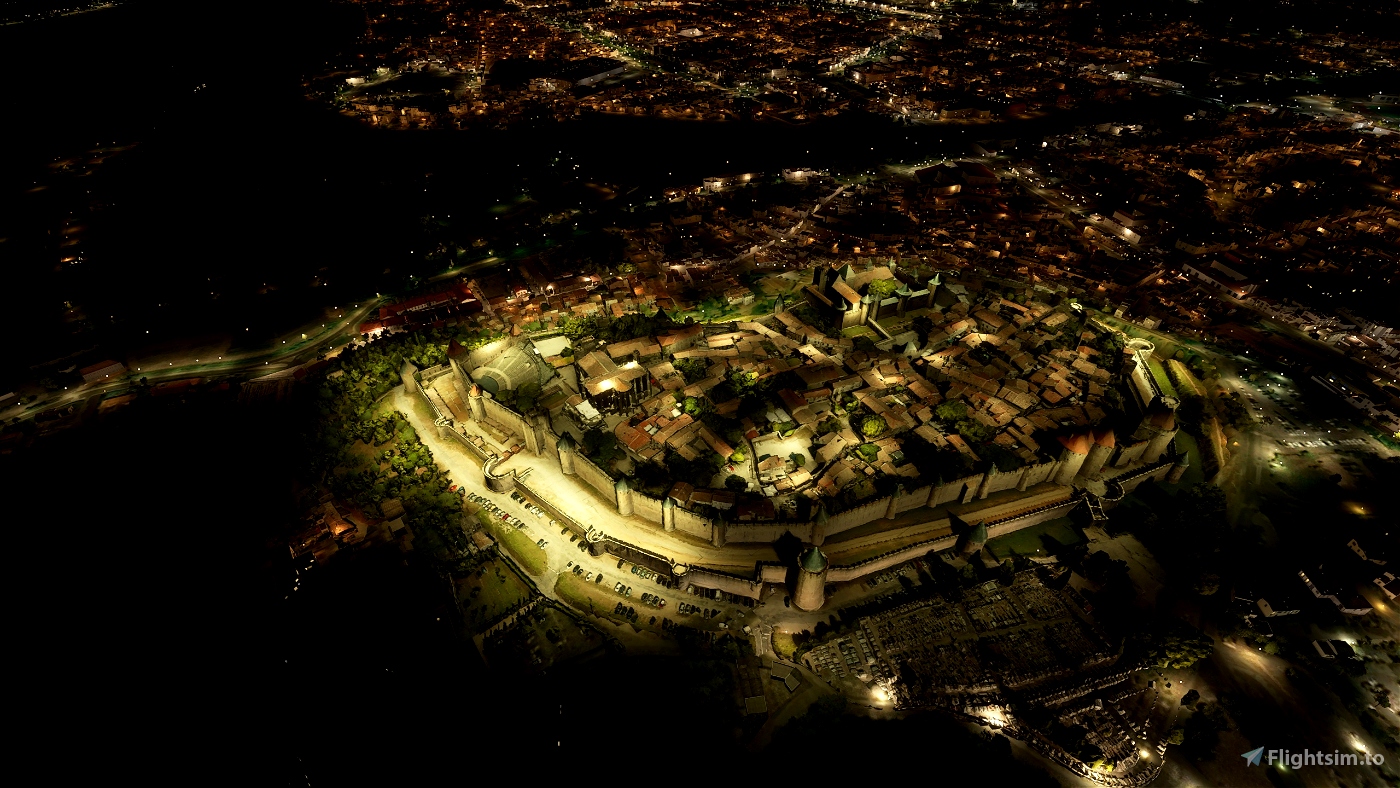 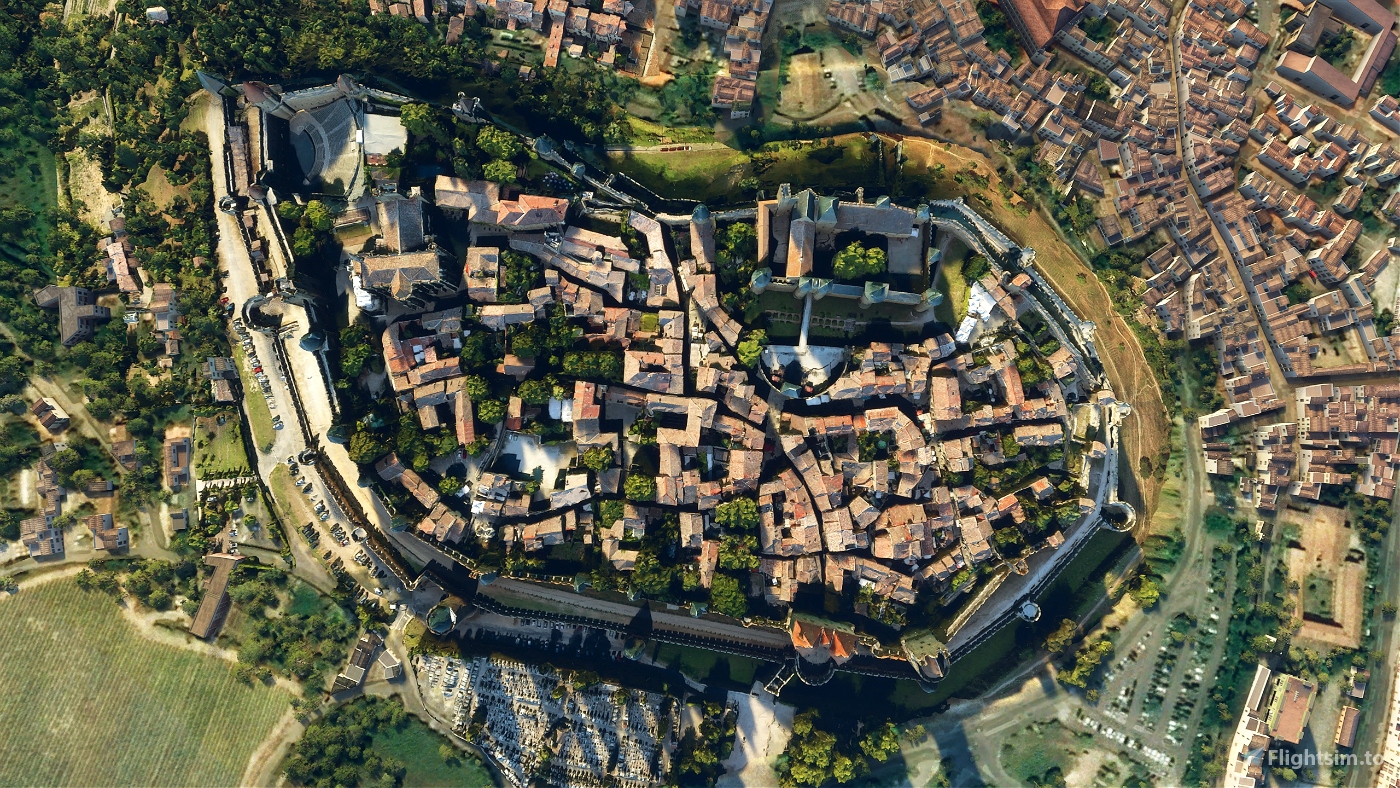 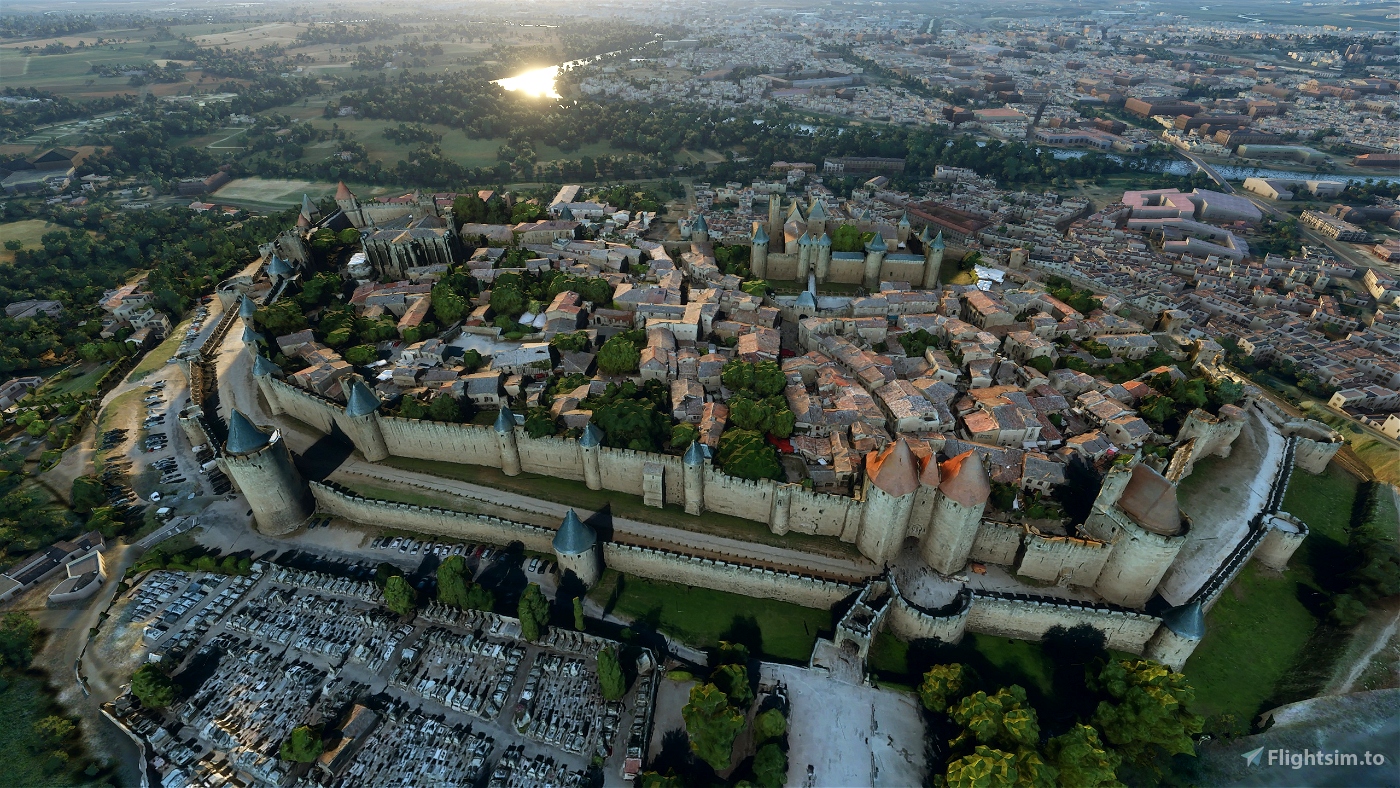 Carcassonne is a French fortified city in the department of Aude, in the region of Occitanie. A prefecture, it has a population of about 50,000.

Inhabited since the Neolithic, Carcassonne is located in the plain of the Aude between historic trade routes, linking the Atlantic to the Mediterranean Sea and the Massif Central to the Pyrénées. Its strategic importance was quickly recognized by the Romans, who occupied its hilltop until the demise of the Western Roman Empire. In the fifth century, it was taken over by the Visigoths, who founded the city. Its strategic location led successive rulers to expand its fortifications until the Treaty of the Pyrenees in 1659.

Its citadel, known as the Cité de Carcassonne, is a medieval fortress dating back to the Gallo-Roman period and restored by the theorist and architect Eugène Viollet-le-Duc in 1853. It was added to the UNESCO list of World Heritage Sites in 1997. Consequently, Carcassonne relies heavily on tourism but also counts manufacturing and winemaking as some of its other key economic sectors.

This scenary contains reduced memory footprint (only one texture for the whole scenery), Lods (levels of details) and lights.

This scenery has been extracted from Google Maps, hence all 3D credits goes to Google.

Legal notice:Parts of this content including 3D data and textures are copyrighted by « Google Map data ». Google Maps and Map data are provided by © Google, LLC, Mountain View, California, US. This free creation contains content from Google Maps or Google Earth. In accordance with Google Terms of Services and especially point 2.2 of Google Maps/Google Earth Additional Terms of Service, this creation is based on « fair use » or « fair dealing » of the data provided by google throught its services. No commercial use or any gain is or will ever be made by the author of this creation, who doesn’t own anything regarding google assets but a simple user licence. The author is freely sharing a creative application of Google Maps or Google Earth. The author will not recieve any form of retribution for sharing his work, even general donations from users of file hosting web services under the form of « rewards » or « tips ». If this content would be found somewhere where it is provided in exchange of money or any kind of retribution, it wouldn’t be with the consent of the author who will stick to strict free content creation diffusion. As Google stated it cant answer to any direct demand about a particular creative use of its properties, like stated in the « written permission » paragraph of the same document, to verify if its complying with its Term of Services, and as it is economically unreasonable for the casual creator of this content to ask for a costly legal analysis of its creation like proposed in the « Fair use » paragraph of the document, the author of this creation will stop sharing it freely and destroy any trace of it at first demand from Google, in accordance with the paragraph « Taking action in case of problems » of the Google Terms of Service about « advance notice » provided « when reasonably possible ».