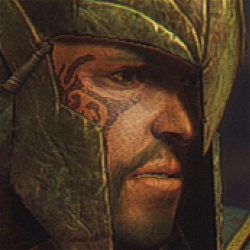 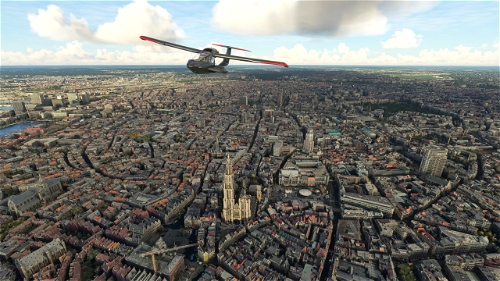 Antwerp is the largest city in Belgium by area at 204.51 square kilometres (78.96 sq mi) and the capital of Antwerp Province in the Flemish Region. With a population of 520,504, it is the most populous city center in Belgium, and with a metropolitan population of around 1,200,000 people. It is the second-largest metropolitan region after Brussels.

Antwerp is on the River Scheldt, linked to the North Sea by the river's Westerschelde estuary. It is about 40 kilometres (25 mi) north of Brussels, and about 15 kilometres (9 mi) south of the Dutch border. The Port of Antwerp is one of the biggest in the world, ranking second in Europe and within the top 20 globally. The city is also known as the hub of diamond industry and trade in the world. In 2020, the Globalization and World Cities Research Network rated Antwerp as a Gamma + (third level/top tier) Global City.

Both economically and culturally, Antwerp is and has long been an important city in the Low Countries, especially before and during the Spanish Fury (1576) and throughout and after the subsequent Dutch Revolt. The Bourse of Antwerp, originally built in 1531 and re-built in 1872, was the world's first purpose-built commodity exchange. It was founded before stocks and shares existed, so was not strictly a stock exchange.

The inhabitants of Antwerp are nicknamed Sinjoren , after the Spanish honorific señor or French seigneur, "lord", referring to the Spanish noblemen who ruled the city in the 17th century. The city hosted the 1920 Summer Olympics.

This file has been scanned for viruses and is safe to download.
More Uploads by Thalixte

Asset Use Permission
You are allowed to use assets of my file, but you must properly credit me and my original work.

Show your gratitude by making a donation. This mod was brought to you by Thalixte. You may donate if you like.

Thank you very much. As I am from Antwerp I even can see my house.

Thank you very much! Any possibility to import Bruges? The old version on this site still has the landmarks included which where added by the world update, so they are duplicated.

Finally we have Antwerp complete, many people will be satisfied with this masterpiece, I certainly am.

Thank you for all the work, I'll be sure to make a small donation 😊

very nice, better than the old photogrammetries of the city and the harbour and the integration of asobos Models is well done.

Thanks you so much!!!

Hi I love your work and can't wait to fly over this mod you put a lot of care into your modifications. 'If possible' or if you ever have time can you update your Charlotte North Carolina mod. You have the best mod of Charlotte on flightsim.to.

However, I believe Asobo's update X conflicts with the custom lighting. Is it possible to remove the lighting?

Very nice. Even looks like you managed to exclude the cathedral so that the scener shows the POI from the World Update. Great!

Yes, my new tools can automatically exclude it from Google Earth data

neat! Really wish more people would take that much care or you had the time to redo all of the PG sceneries out there 🙂

What will be be your next update?

Next, Perpignan, then... Taormina

Very nice. Already got them both 😊