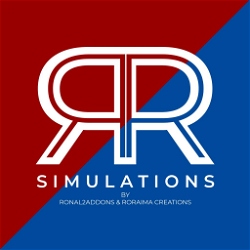 This scenery is brought to you in collaboration with RONAL2ADDONS and Roraima Virtual Airlines (me). Many thanks to Helijah for providing the 3D models for static traffic: Cessna Caravan C208 Archipiélago de Los Roques is a federal dependency of Venezuela consisting of approximately 350 islands, cays, and... 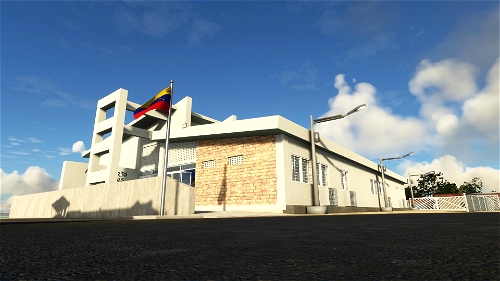 This scenery is brought to you in collaboration with RONAL2ADDONS and Roraima Virtual Airlines (me).

Many thanks to Helijah for providing the 3D models for static traffic: Cessna Caravan C208

Archipiélago de Los Roques is a federal dependency of Venezuela consisting of approximately 350 islands, cays, and islets in a total area of 40.61 square kilometers. The archipelago is located 128 kilometers (80 mi) directly north of the port of La Guaira, in the Caribbean Sea.

The islands' pristine coral reef attracts many wealthy visitors, especially from Europe, some of whom come in their own yachts and anchor in the inner, protected shallow waters. Development and tourism are controlled.

Because of the wide variety of seabirds and rich aquatic life, the Venezuelan government declared Los Roques a National Park in 1972.

The archipelago is sparsely populated, having about 1,500 permanent inhabitants; however it receives approximately 70,000 visitors a year, many of them day-visitors who come from Caracas and the mainland.

Its first settlers were the Caribbean aborigines who visited the islands to collect botutos, fish, hunt turtles and extract salt. There are still some constructions of salt flats with dikes, stone paths and remains of houses that were created at this time known as the time of exploitation of salt. But the permanent occupation arises with the arrival of fishermen from Margarita Island, who were bringing their families and settling in Los Roques. The names of the keys and islands originated from the mixture of cultures that grew up on these islands. The indigenous word "cayo" was translated by English-speaking buccaneers to "key" and this ended up being written phonetically in Spanish as "qui". This is where many of the names came from, some examples of this are: Frank's key that became Francisquí. Crab's key in Crasquí; and mixing the French word "soeur" (sister) with "key" gave rise to the name of the key that today is known as Sarquí.

accurate apron building, tower and surrounding objects, including native fauna with textures between 1 and 2k.

important: Windows 10 by default hides the “AppData” folder, so you will have to go to “View” in the menu of File Explorer, and select “Hidden items” so as to see it.

This file has been scanned for viruses and is safe to download.
More Uploads by RRSimulations

Create a free account now to be able to to keep track of your mods and their latest updates without struggle.
Dependencies

Hi!, I'm sorry but we do not understand what you are saying

4 month(s) ago / Thanked by RRSimulations

Thank you so much, realy nice work!

I have CTDs when I´m flying to the airport or starting on it...

I will review that, thanks for commenting

hello, to know exactly the problem try to do this: delete or move to another folder all the addons that you have in the folder, now, install our scenario "Los Roques" and take a flight, if it does not cause any problem or CTD it is because some scenario gives a problem with "Los Roques" to know which scenario or addons gives that problem, install the scenarios you have one by one until it causes CTD and when you discover which is the scenario that gives that problem, please let me know as much soon as possible to help you ...

These users have donated to RRSimulations to keep him making awesome add-ons everyone can enjoy.