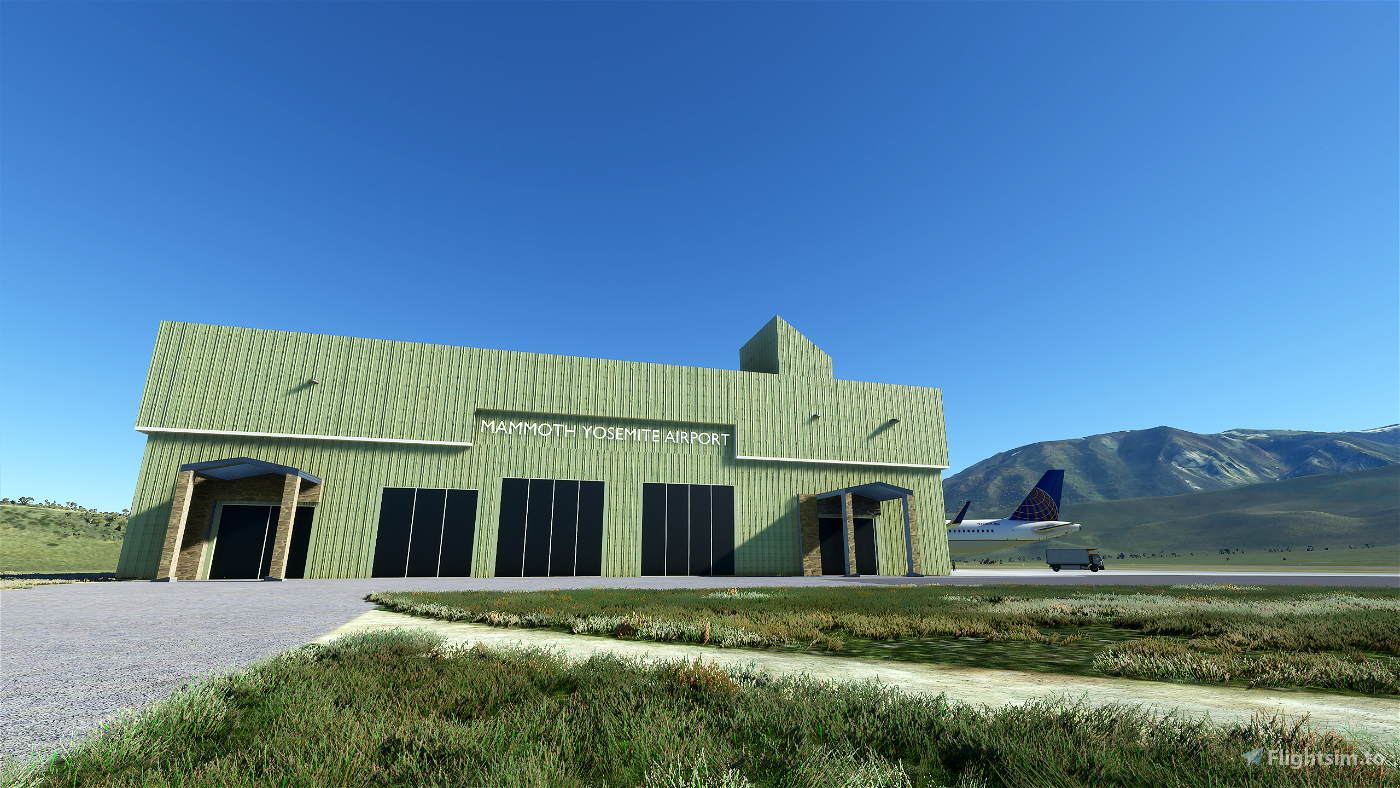 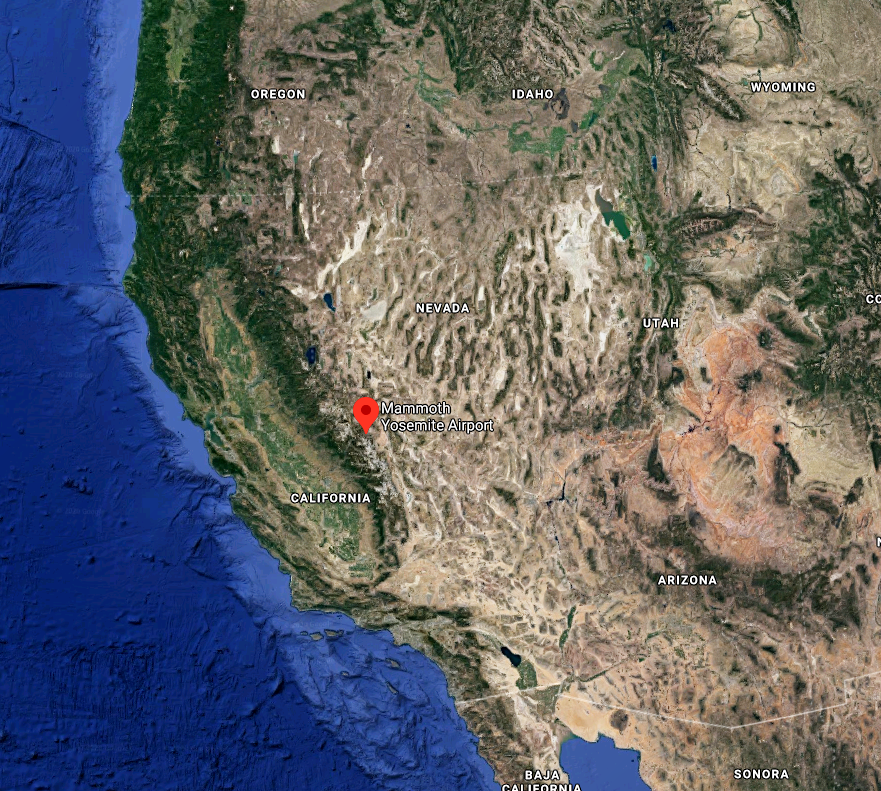 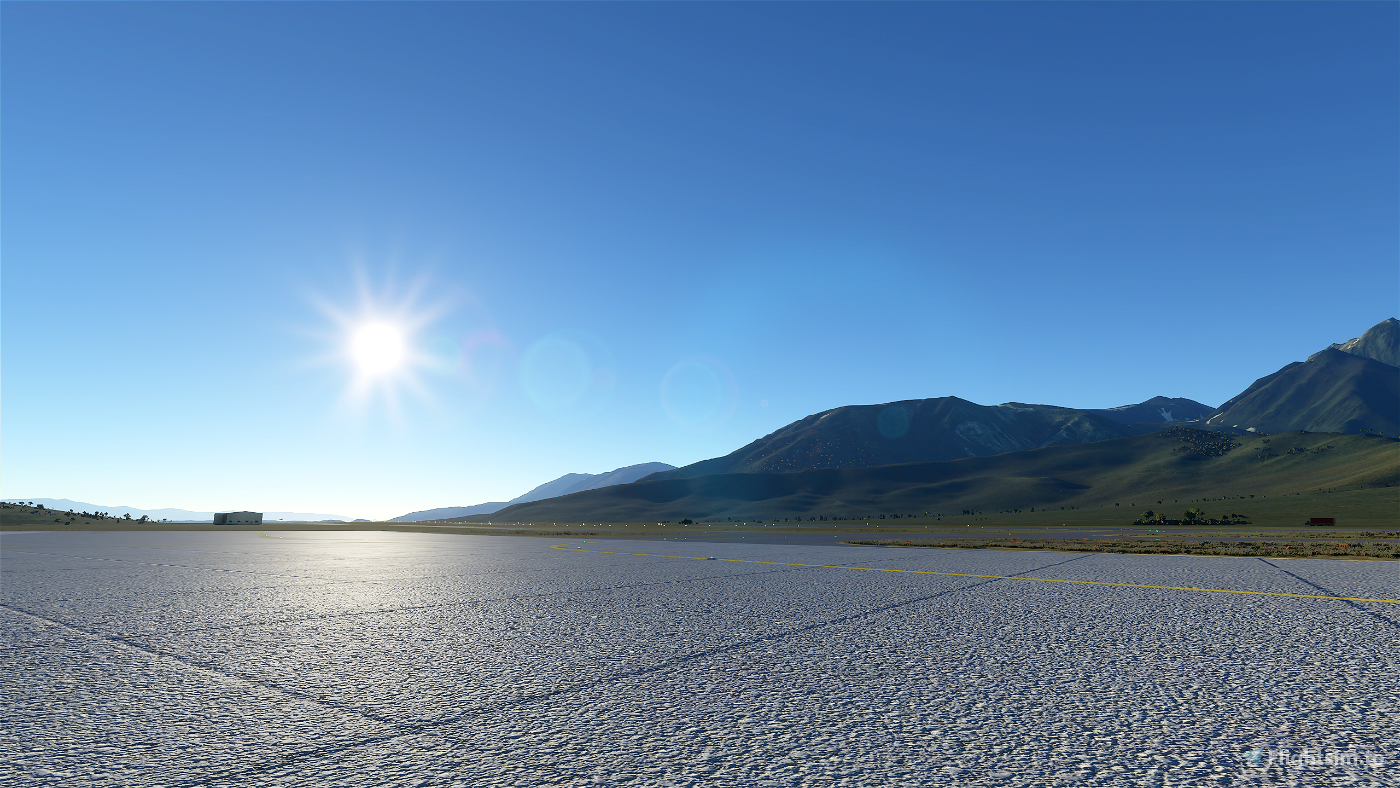 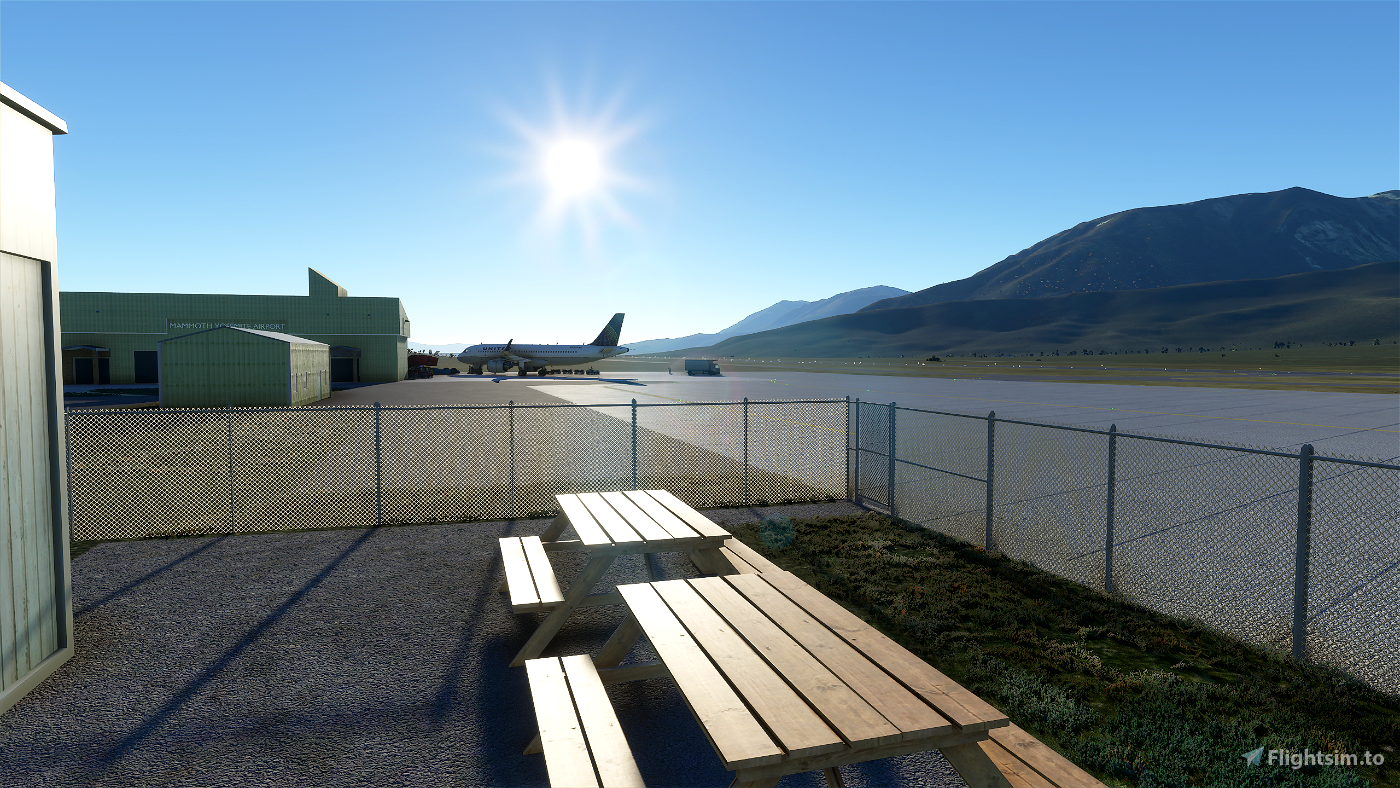 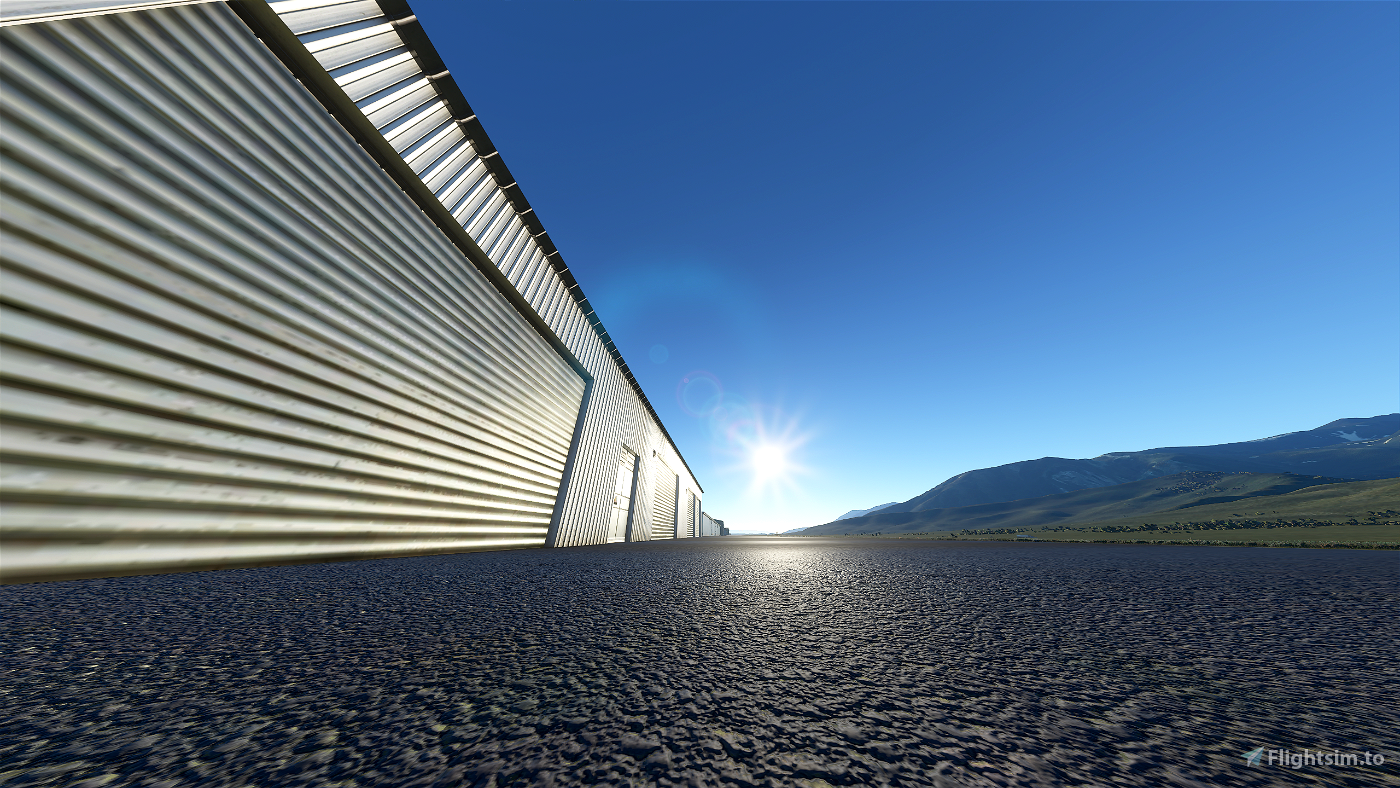 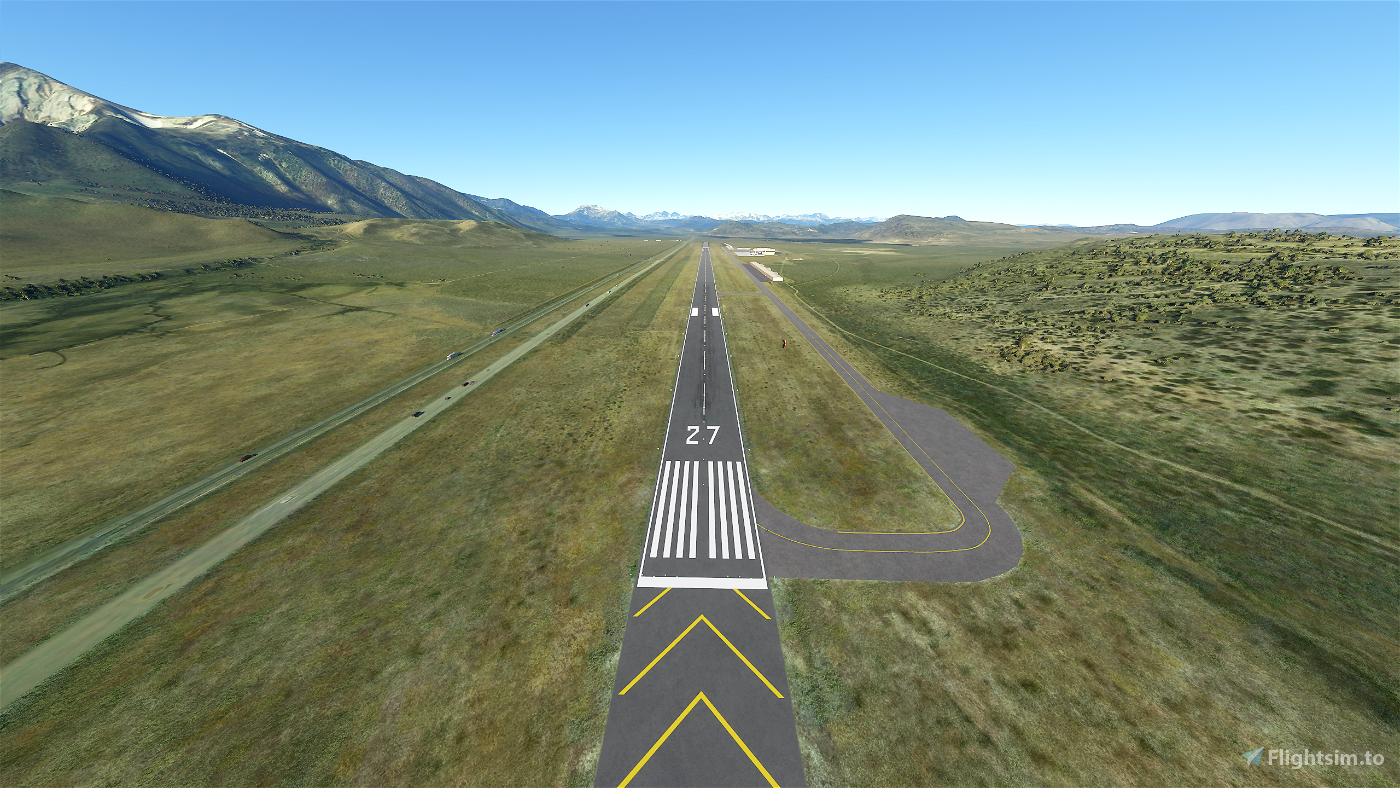 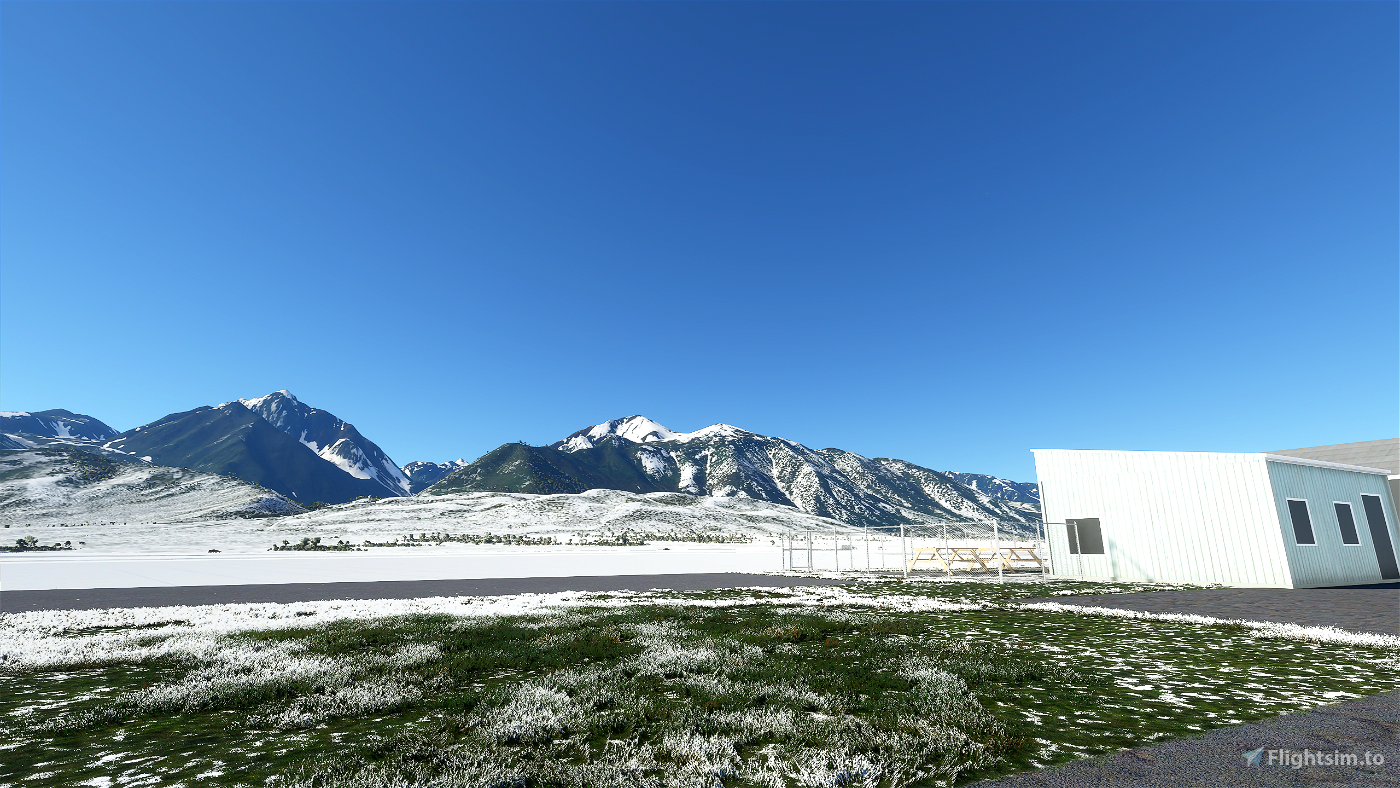 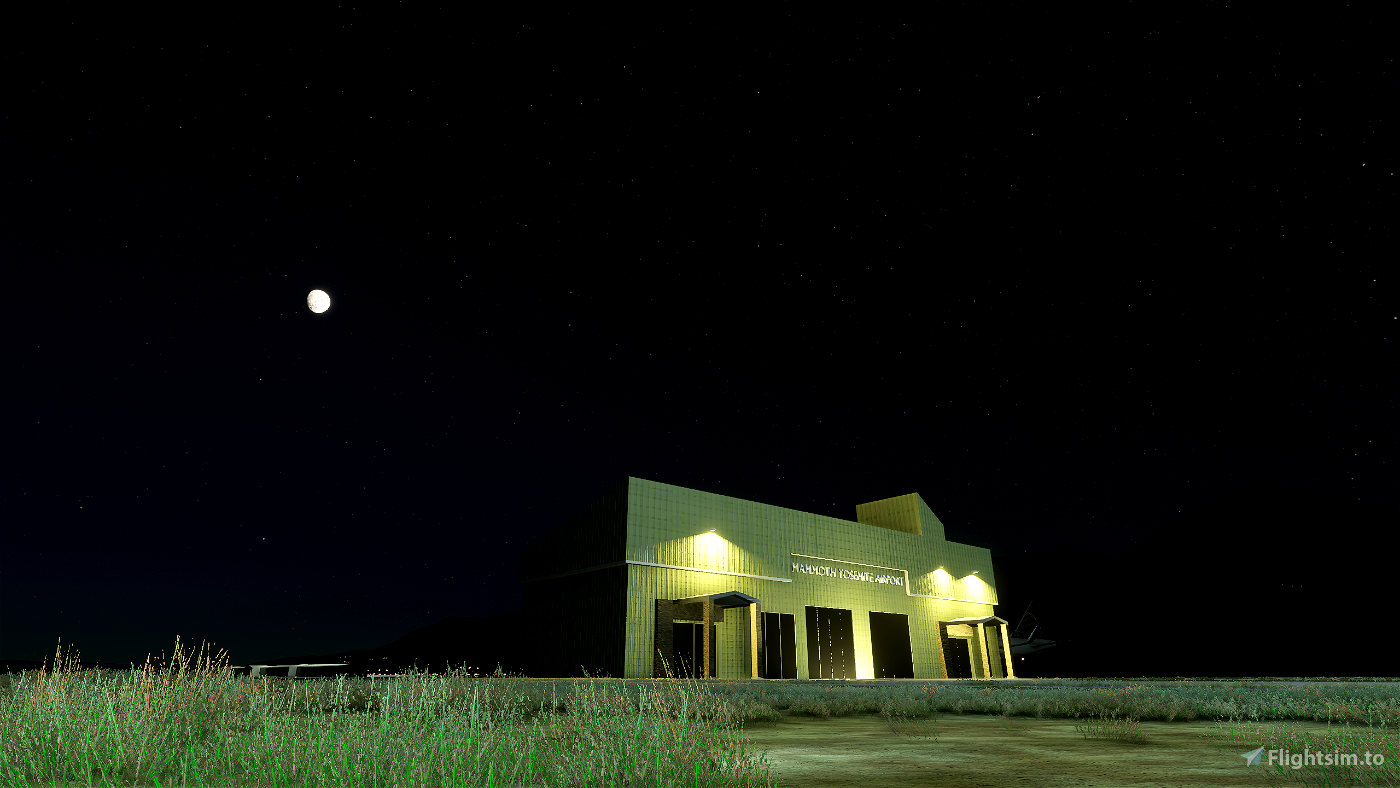 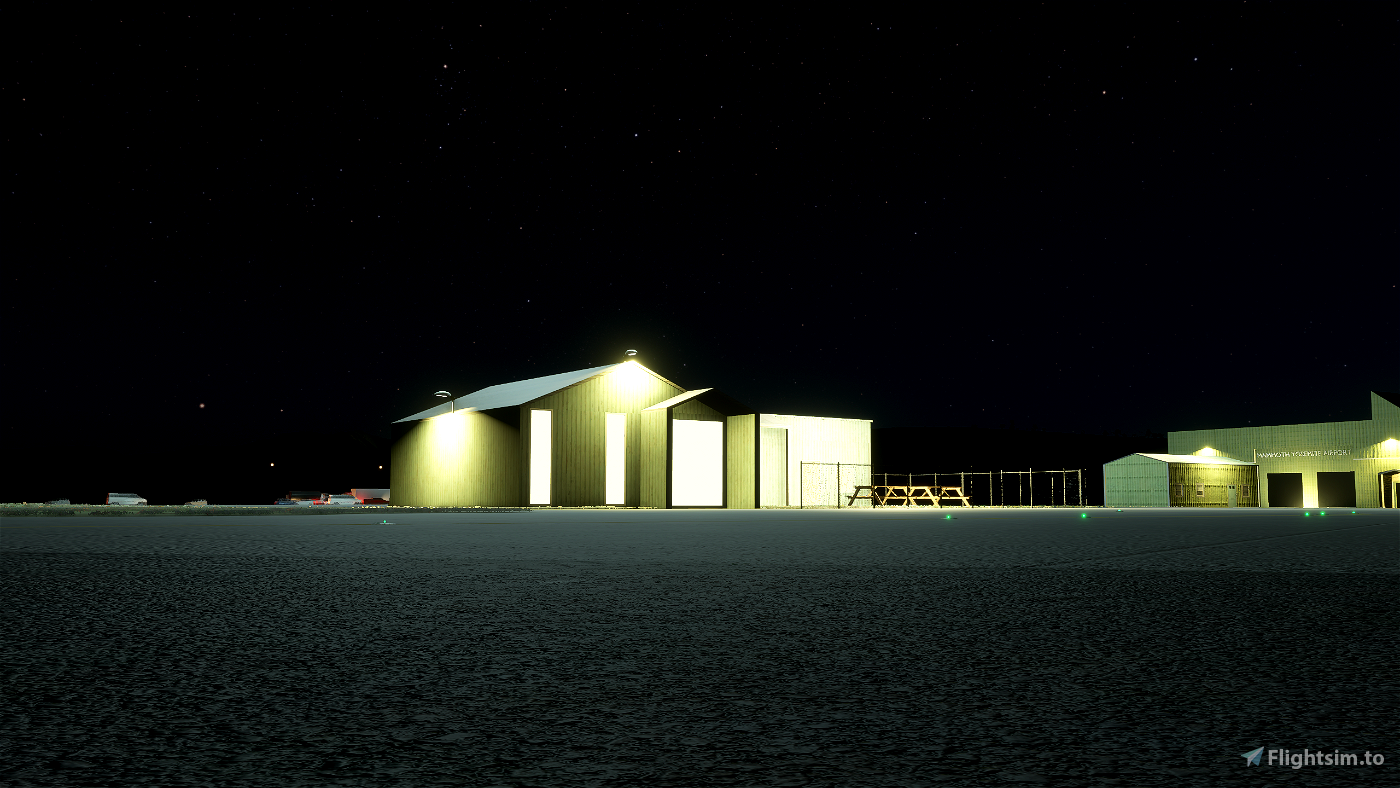 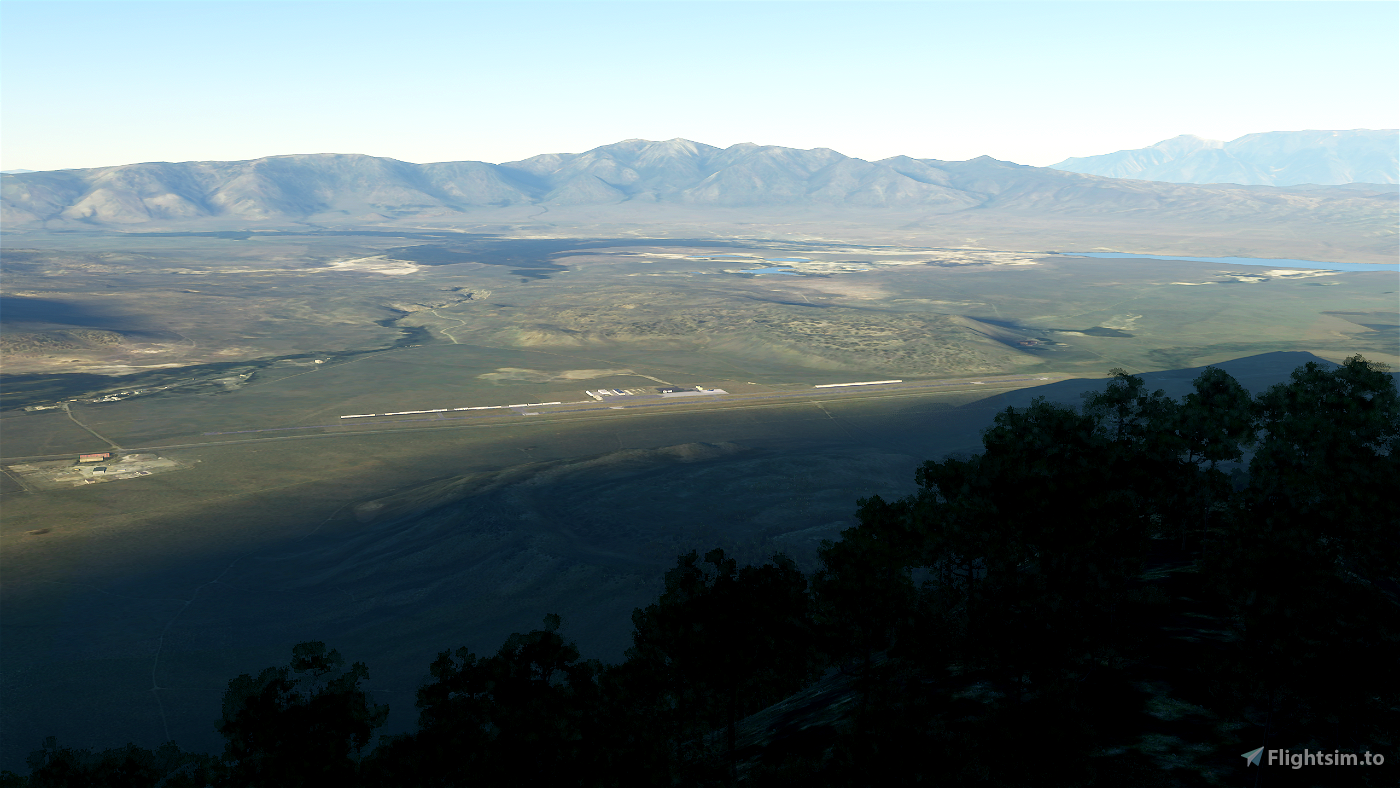 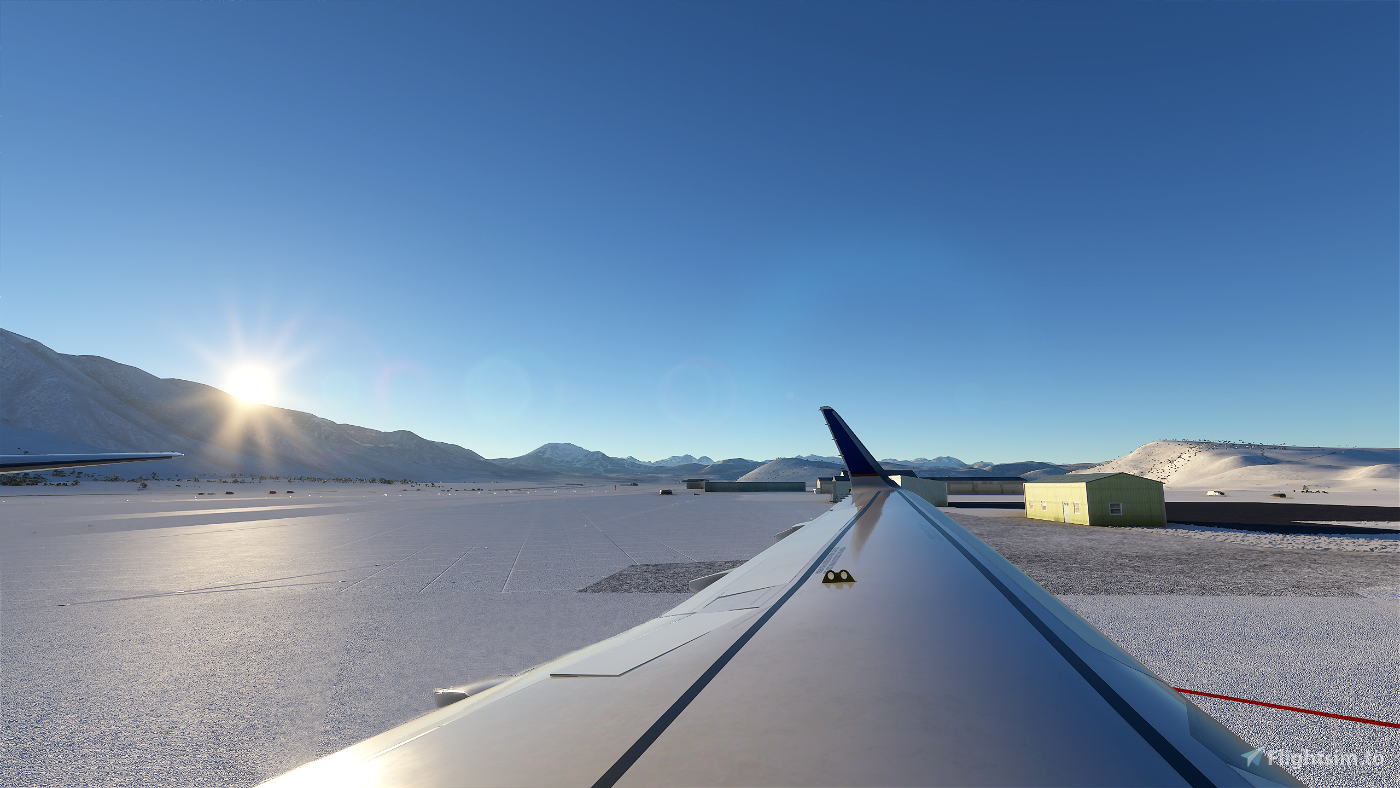 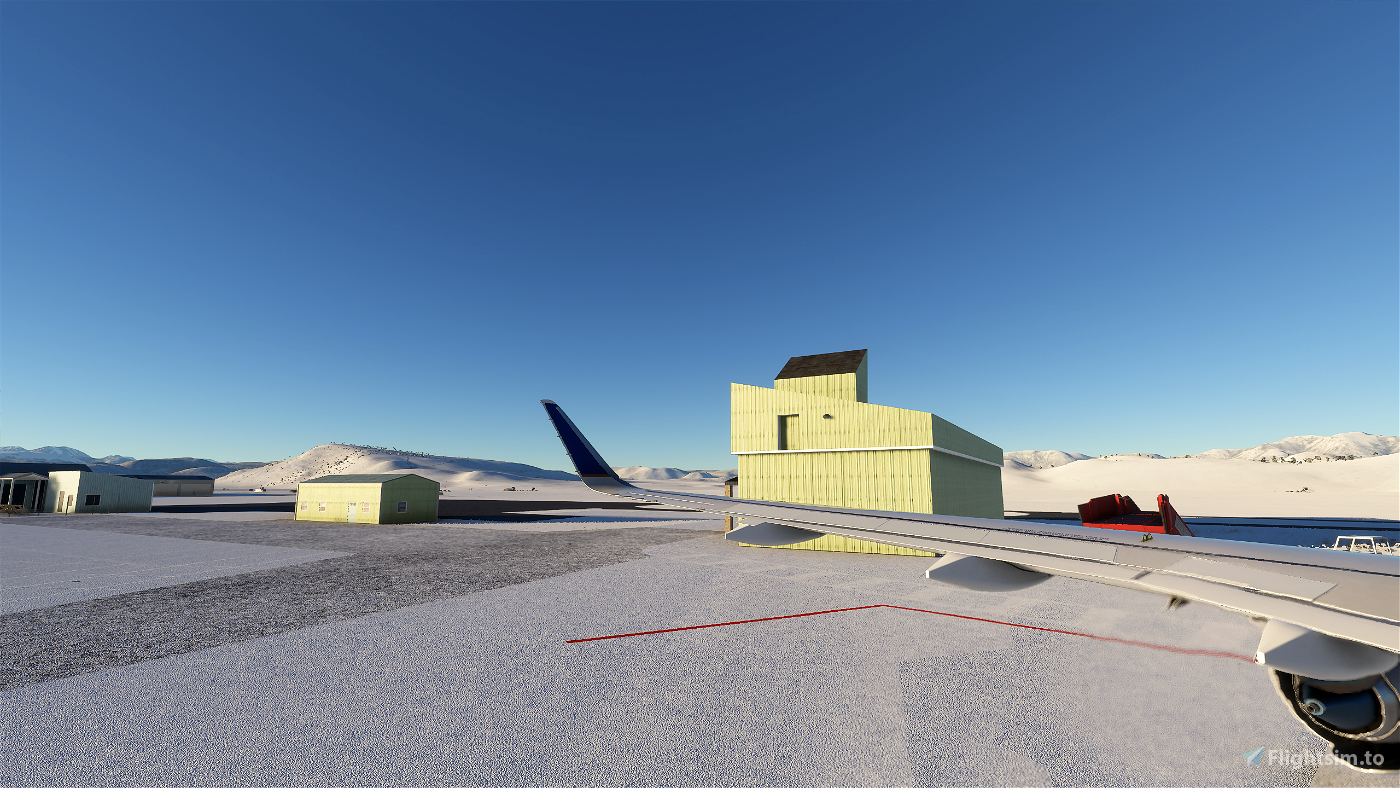 Compatibility with Sim Update 6 has been confirmed.

Thanks for downloading my scenery!

Mammoth Yosemite Airport (IATA: MMH, ICAO: KMMH, FAA LID: MMH) is a town-owned public airport seven miles east of Mammoth Lakes, in Mono County, California, United States. Also known as Mammoth Lakes Airport or Mammoth-June Lake Airport, it is mainly used for general aviation but has scheduled passenger flights operated by two airlines, one of which serves the airport only on a seasonal basis during the winter sports season.

- Place into your community folder

This is my third airport in this sim. I have spent a total of 30 hours at this airport! I have included three total custom buildings including the Mammoth Airport Terminal, the small storage building next to it, and the GA terminal with picnic tables! I started from scratch on this one. Adding brand new taxiways, aprons, parking, and more! It means very much if you were to download this as it inspires me to make more airports like this! This is an exclusive scenery.
Enjoy Simmers!

These users have donated to Aircake1 to keep him making awesome add-ons everyone can enjoy.

Nice airport in a beautiful location! My one point of improvement would be to add some trees. Check out the airport on google earth and you can see many trees around the main terminal building

Made for a great landing. Thanks!

6 month(s) ago
Looks great, please continue working on this one and your half moon bay they both are awesome starts.
0
0
Reply

8 month(s) ago
Many thanks for making this airport. The airport is great and the approach and landing was great fun to do.
0
0
Reply

10 month(s) ago
Good stuff, can't wait to take the Aerosoft CRJ into here with United Express! Thanks!
0
0
Reply

11 month(s) ago
I used this mod to add an extra couple legs onto the Nevada bush trip. This is great! Thanks for your effort! Now, I just need to learn how to ski so I can have an excuse to fly into KMMH for real.
0
0
Reply

thanks for scenery! Runway 27 has PAPI left side (angle 3.00^) IRL, is it missing?
Also of note, the Ridge N of Rwy 27 threshold is 304'(agl) above runway elev (7365ft msl) and 1200' north of centerline has red hazard beacons on the hill...see https://drive.google.com/file/d/1cIMY5qTptLfc-55GParfdAk2IQ_yBFPz/view?usp=sharing

12 month(s) ago
I have great admiration for folks who can do this kind of work.
A fine job! Thank you.
0
0
Reply

Thank you very much!