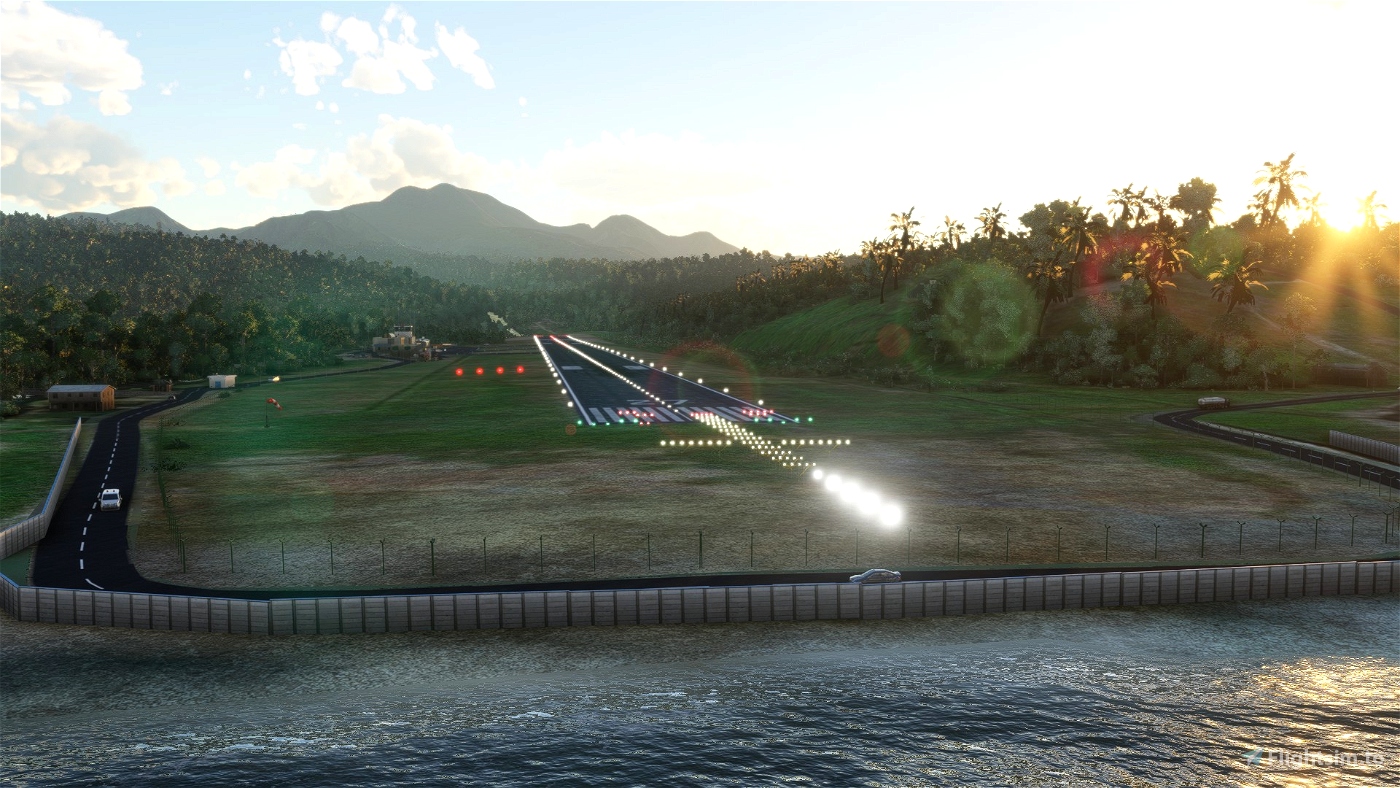 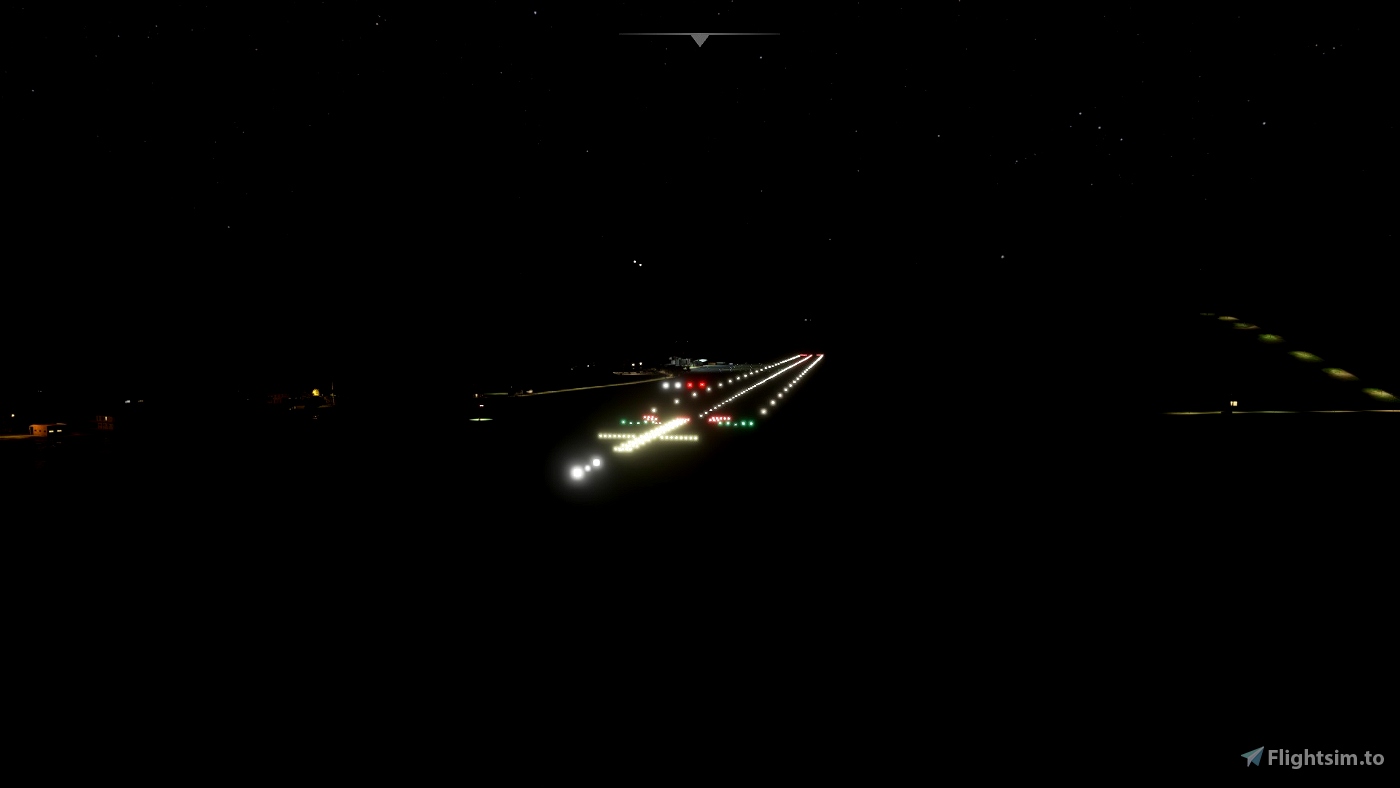 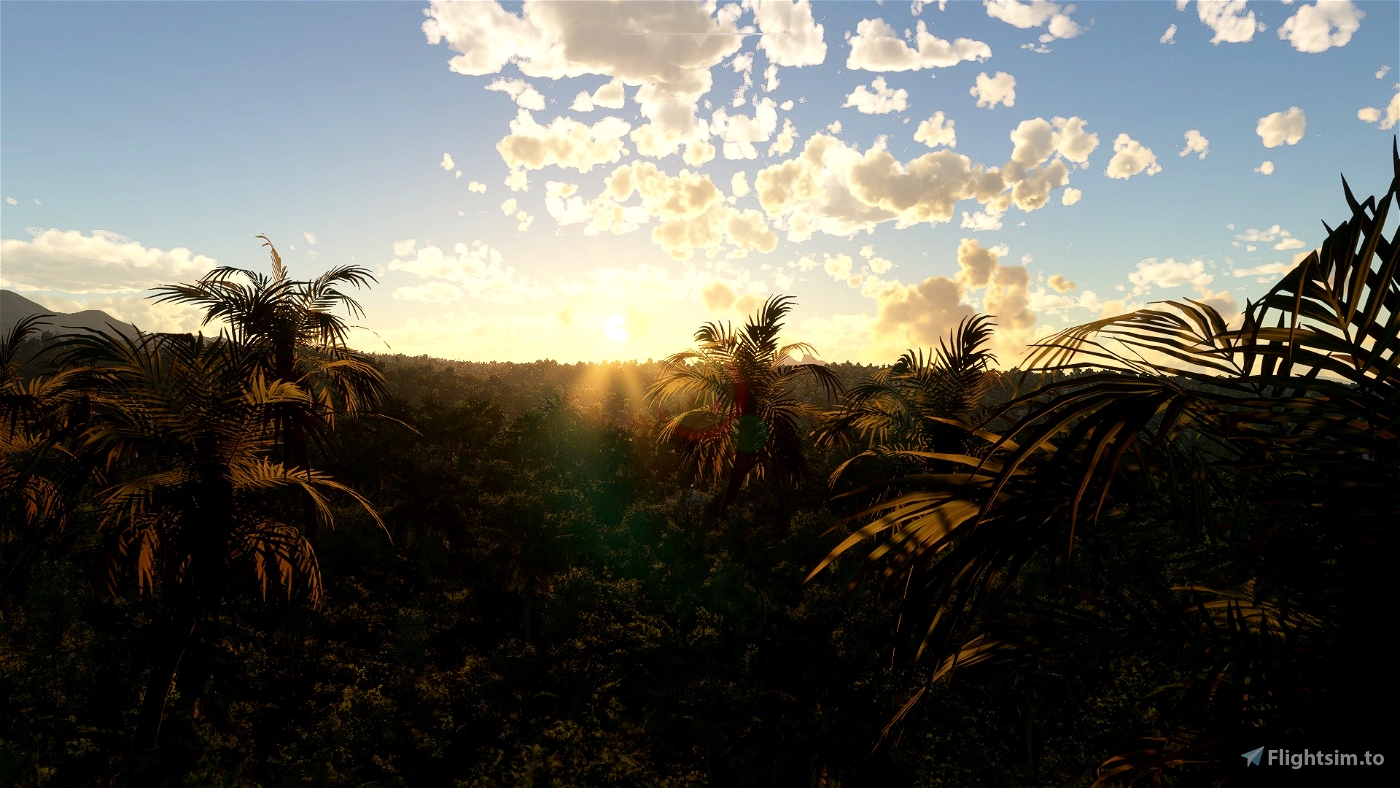 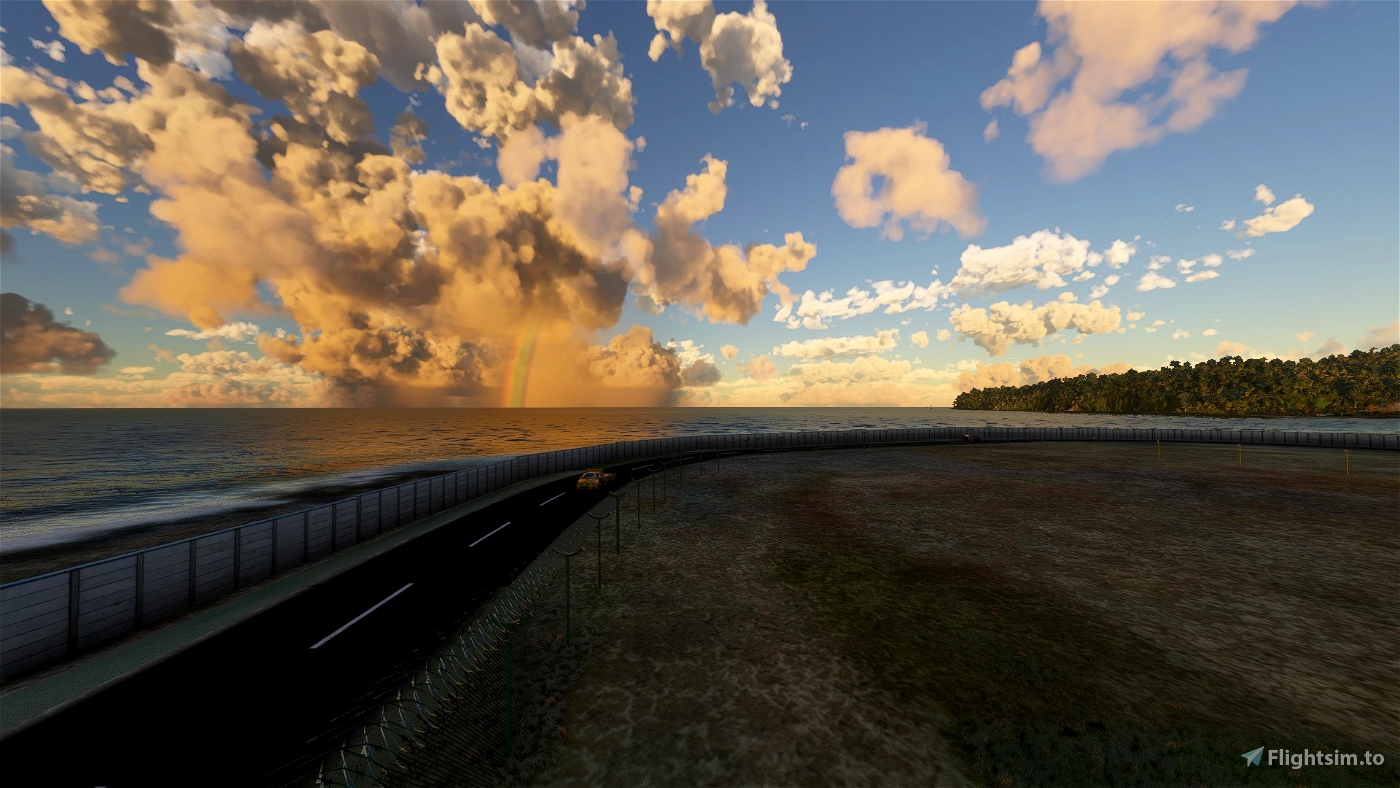 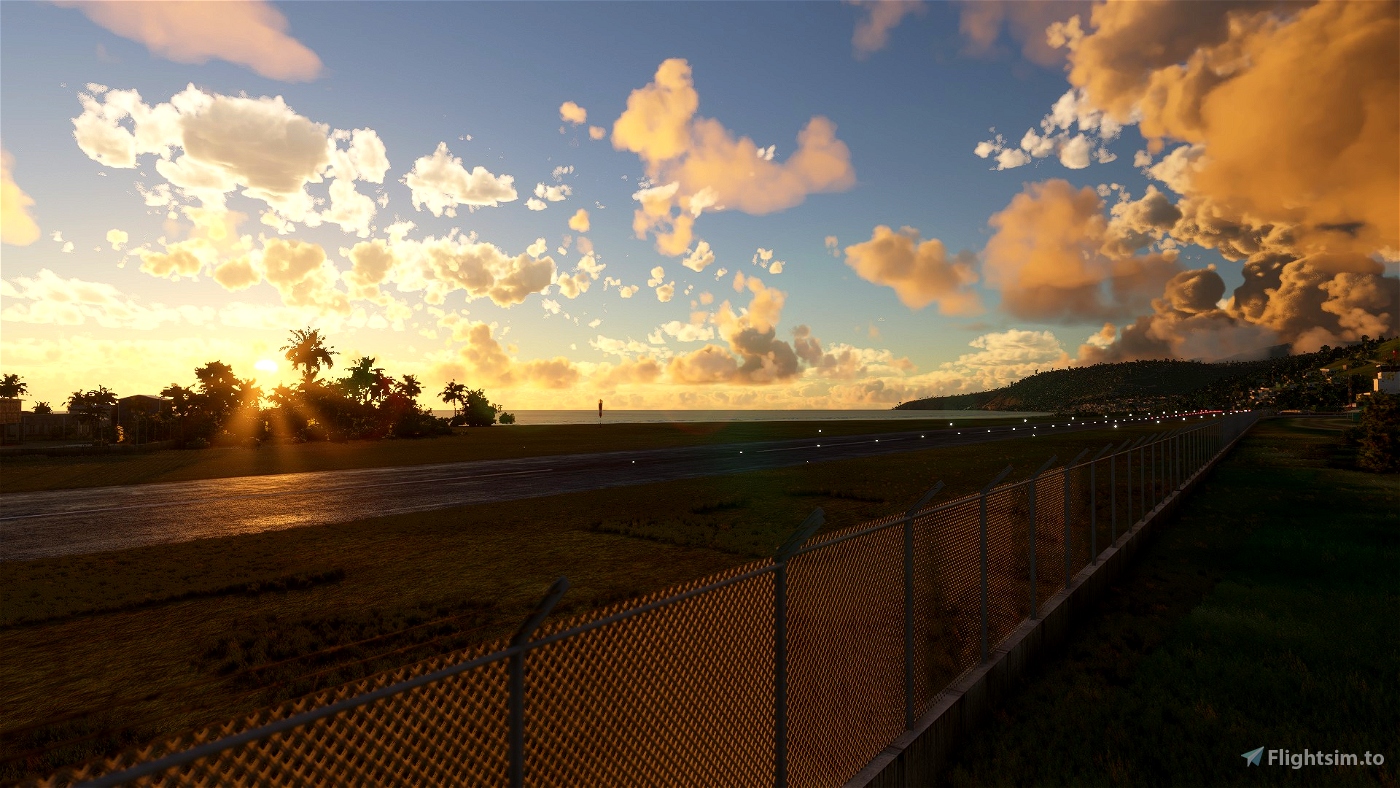 
This file has been scanned for viruses and is safe to download.

What does the Community say?

This is a custom scenery update to the airports on the island of Dominica. It is located South of Guadeloupe, North-West of Martinique. Formerly known as Melville Hall International (TDPD), Douglas-Charles located on the East side of the island, is also well known as the airport with a challenging landing going into runway 09 due to the high mountainous terrain approach. At night, Runway 27 is Highly recommended and NOT Runway 09 which is why it's also known as one of the most interesting yet scenic and challlenging airports to land on. Canefield Airport (TDCF) is no exception to this as the small airport is on the West side of the island and due to the placement of the runway, pilots will almost always experience cross wind landings beacause of the near hilly terrain. Only skilled pilots are allowed to land on Runway 19. Runway 01 is either prohibited or rarely used for landing. For me, these two were fun airports to re-create in the sim :)

Open and extract ''lexpro-dominica-updated-scenery-project-v1.0.zip'' (or the version name you choose to download) to your prefered location on your PC, then unZip and open the folder and copy both "Canefield Airport_Updated_Scenery_Project" and "Douglas-Charles Airport_Updated_Scenery_Project" folders into where your Community folder is located, then start the sim and go to TDPD Melville Hall International (still has the old name) or Canefield International. That's it!

(Please note, when choosing a parking space for departure, don't choose any single digit parking spaces numbered by themselves. Those are for the service vehicles to drive to if you have them enabled in your settings. You will be spawned in locations not meant for Airplanes. This is also a work in progress as I want to find a way to stop these vehicles from annoyingly park in your parking space!)

Thats all for now. More to come in every version update. Do enjoy this on going project which takes a great deal of time and effort. Feel free to leave any comments after you've flown around. Have fun flying and see you in the Sim world :)

Asset Use Permission
You are allowed to use assets of my file without permission or credits.

1 month(s) ago
Amazing! The surrounding makes this airport look gratis! I am gratis fan of your work. Keep it up! Can you make Barbados in the future?

Thank you. I actually do plan to upload airports separately but when it comes to countries with more than one, I do it as a Combo or a pack. When I update them, the only file that will be updated will be the one that pops up when you click on the download. So you'll see THAT file only. What the user will do is just copy that folder and paste it in their community folder to replace with the updated one. It just happens that this update affected both airports so I did it as one Download. That's the plan going forward but if it doesn't work out that way, I'll just separate them.

St.Kitts and Nevis is one Federation so that's why it's in a combo pack. Hope that makes any sense. 🙂

1 month(s) ago
great work as usual bro. I can't select runway 27 though

1 month(s) ago
Great scenery, big fan of your work.

Thank you Kennedy! I may start Anguilla Next. That weird slope by the apron is annoying I'm sure to all lol

1 month(s) ago
Outstanding scenery - thanks for sharing it for free !

Lol ...it feels like work but I do enjoy doing it and feel good about the end result 😄

1 month(s) ago
Fantastic scenery! Great work! I have a problem with the road textures, they show up as a white and gray checkered surface. Nothing like in your screenshots. What am I missing?

Wow..😲...I thought I was using a texture that everybody should have in the sim library by now. Thanks for sharing this. I will have to check it and choose another texture and update it. I try to use anything marked "Asobo" in brackets to make sure everyone can see things I put in.

This unfortunately is what's going to happen when not everyone has the same version of FS2020. I'm using one of the higher Deluxe versions.

Performer09, Send me a pic. When you say road textures are you referring to the apron the planes drive on or the actual roads the cars and trucks drive on around the airport? I'll have to back check to see if there is a default texture I can use and update to another version to correct this. Thanks for notifying me.

It's the apron and the road around the airport texture exactly like in deadkenedy's screenshots. I also own the highest deluxe FS2020, the texture must come from another airport you must have (maybe payware since it is so nice!) By the way, I gave a 4 star only because of the missing texture, your scenery is clearly a 5 star!

Lol... understood and no hard feelings man. I found the issue.....it definitely is from another airport. It had "Caribbean" in brackets and I wasn't aware lol. Seems like I did it with almost all ground road and apron textures. I'm now making sure I choose the textures with "Asobo" in brackets cuz those would be defaults which everyone should have.

Just corrected it and now re-uploading an updated version fix.

Thank you very much. The update fixed the problem.
5 star scenery and 5 star service.

Works perfectly now! Thank you. I changed my rating to a 5 star as it should be.

By the way, your excellent screenshots are top quality and life like. They convey the feeling of being there!

Awesome X2! 😁 Thanks and glad it worked!

Yeah...I have some experience with taking pics with my phone and some pro cameras so I try to emulate that in the sim. 😅
You got a good eye man. Thanks!

1 month(s) ago
Awesome! The West indies is almost complete concerning detail airports on most islands with your scenery and others offered. All that's left is Bermuda, Turks, TUPJ, Montego Bay, Kingston, Cayman MWCR, TBPB, and Punta Cana. Some of those need custom terminals because of their unique design. TBPB, TFFR, MWCR, and MDPC come to mind.

Lol yeah...a lot to be done. Thing is, I'm only one guy doing this so it will take time. I've lost some sleep as well 😅 ....not good really...but I try to get the time to do what I do. I do enjoy it though. Thanks!

1 month(s) ago
OOOOOH!!! THATS WHY EVERY TIME I SEE YOU PARKED UP AT TDPD.. LOL NOW I GET IT LOL. GREAT SCENERY HERE MAN. WOULD YOU BE INTERESTED IN DOING PORT OF SPAIN? HEARS MY DISCORD LINK, GOT SOME OTHER CARIBBEAN SIMMERS THERE https://discord.gg/63THsdxCuZ

Lol..yup! I see some simmers fly in from time to time and had some interesting landing fails while editing the scenery 😂. I think i'll start taking screenshots with simmers in them and post them along with the actual shots for the scenery. 😏 It almost feels like you're looking/testing the airport as its being rebuilt lol. That would be cool though.

Thanks man. No problem.
Like I said in a previous comment sometime back, I'm only interested in doing Airports that havn't been touched by the pros as yet. Trinidad, Tobago, Grenada, Antigua, St.Maarten, St. Barts and Saba all have been touched already, hence why they have "Stars" on them in the world map. I put "Stars" on mine as well so you'll easily see them. So airports with no stars are the ones I'll try to deal with in the mean time. 😄

It says "link is invalid"....I guess the link got expired?

Yeah it worked. Thanks.