June 23, 2022 in Releases
The Sky is Calling! The Discus-2c Premium Edition will be Releasing on Flightsim.to Today and the Official Marketplace for both PC and Xbox Series soon after!...

Flightsim.to have given us another opportunity to deliver a release article to our most dedicated fans. On behalf of the Got Friends' Development Group, I am extremely excited to announce the release details of the Discus-2c Premium Edition! The Discus-2c Premium Edition is now available to purchase on Flightsim.to! Our team has also sent it to the Official Marketplace on both PC and Xbox. Soon, console players will be able to enjoy the many pleasures of gliding.

Without further ado, I bring you the release trailer for the Discus-2c Premium Edition, including dozens of exciting new features and a new Front Electric Sustainer (FES) Motor Variant! We are humbled to have Nassault, a very talented video editor, give you this chilling cinematic experience. Follow his work and Subscribe to his channel on YouTube!

Gliding was just a dream in Microsoft Flight Simulator. Back in late 2020, I was able to develop the first native glider for Microsoft Flight Simulator. Hundreds of hours and dozens of unconventional work-arounds later, the Discus-2b took flight and became a top downloaded add-on on Flightsim.to. This was not without the aid of several upcoming developers. Alex, the Founder of Touching Cloud had converted the DG-808S from FSX and was experimenting heavily with his Kinetic Assistant application. At the time, this application was the only method of Winch Launching, Aerial Towing, and Thermal Injection. Without Touching Cloud's dedication, the Discus-2b would have never been possible. Today, the Discus-2c is still riding that unbreakable partnership. Once again, Touching Cloud partnered up with Got Friends to deliver you a handful of features currently exclusive to the Discus-2c! Without the help from Touching Cloud, and other major developers like Ian Lewis (B-21) and MadoloSimulations, the Discus-2c would not be anywhere near the state it is in today. At this time, I would personally like to thank all the supporters of my original Discus-2b and my entire team for taking that shell and making the new Discus-2c a highly realistic and deeply immersive gliding experience for MSFS!

Both the Discus-2c Freeware and Premium Edition now have fully Custom Soundsets! During our Beta Test, we had a very dedicated Beta Tester, GurtTractor. The Discus-2c sounds were pretty good, but they were missing a ton of details. GurtTractor, a professional sound engineer, took it upon himself to improve our sounds and rework every millisecond of sound. His dedication to our team was not taken lightly. Got Friends is proud to Officially Announce our 5th member to the Got Friend's Development Group! With GurtTractor officially joining the team, we are able to up our quality in all past and future aircraft! We look forward to discovering the ins-and-outs of Wwise in future projects to come!

With the help of Got Gravel and Ian Lewis, both the Discus-2c Freeware and Discus-2c Premium come with an array of custom HTML that supports every aspect of gliding. We have included the latest Winch Launch Control Panel, LX-Navigation System, GPS Navigation System, Kinetic Assistant Compatibility Panel and a Digital V8 Variometer.

In the Premium Edition, we have also added a new FES Control Unit; a system that manages the new FES electric motor system, displaying critical data and monitoring multiple malfunctions. We have designed this robust system to include realistic electric motor sub-systems. Being one of the first electric motors in the simulator, our team made sure to include proper power levels, battery systems, torque control, flight time estimates and even thermal dynamic protection and malfunctions! The FES system is perfect to gain additional lift in areas of low thermal activity. Powering on the system instantly gives you the additional power required for any desired situation. Simply throttle down to park the propeller and continue silently gliding until you need it again. The system is rated at 22kW and should not be used for self-launching, however, that didn't stop our beta testers from doing so. If you plan on breaking real protocol and self-launching, you can do so on a long runway. We ensured the motor is performing as realistic as possible to the real system. Therefore, we recommend using a stable launch method before powering on your FES system.

The Discus-2c Premium also comes with some advanced features built into the glider. Thanks to the tireless dedication of Touching Cloud, we were able to fully incorporate proper launch systems. Keep in mind these features are highly experimental and may change in the future depending on the new systems coming from Asobo with Official Glider Support later this year. These features include Visual Winch Launching, including cables and a custom Winch Launch Vehicle, Multiplayer Aerial Towing Compatibility, and complex Launch Vectoring. Kinetic Assistant is NOT required to use these features, however, our glider is 100% compatible with Kinetic Assistant for anyone who wants to use those launch features instead.

Finally, both the Discus-2c Freeware and Discus-2c Premium have been reworked to include additional features such as: Advanced Yawstring Animations, MacCready Calibrations, Ballast Tank Management, Upgraded FLARM Detection System, Improved Winch Launch Vectoring, Multiplayer Model Matching, New Thermal Activated Weather Presets, Improved Wingflex, and of course new Professional Sounds, thanks to our sound engineer GurtTractor! Also included in both versions is a heavily requested feature from the Glider Community. We are proud to announce that the Discus-2c will be the first aircraft in the simulator to properly simulate rain-induced drag and loss of lift, depending on the amount of rain/snow you are gliding through!

Also included in the Freeware and Premium Packages is the Got Friends Glider Club. You will find this to be a wonderful spot to begin your soaring journey. Special thanks to the Flying Hedgehog (TwoCats) for providing us such a wonderful airfield. There is also Kinetic Assistant compatible thermals and flight plans located in the download folder if you choose to use them.

Our team understands that Asobo is working hard to bring Gliders to the simulator, but we couldn't just sit on the sidelines and wait for Official Support. We hope that our robust and realistic Discus-2c becomes the "Industry Standard" for gliders in the simulator. Our entire team is humbled to become the first glider introduced on the marketplace and first glider simulation in history to come to the Xbox. We hope that the next time you hear someone say that gliders aren't in the simulator, you'll politely remind them that high quality gliders do exist, and are waiting patiently to be downloaded and flown. Our Discus-2c is fully native built and there are no work-arounds or hidden gimmicks. As the weather system continues to improve, so will our glider, and our team can guarantee the Discus-2c will always be a high quality add-on to fly with when you feel like soaring in the clouds. Whether you stay with the Freeware Version or Upgrade to the Premium Edition, our team will always be here to support your gliding needs.

Thank you for always supporting Got Friends and we thank you for your dedication and commitment to our projects.

Here are the final differences between the Freeware and Premium Editions!

Did you see that towplane at the end of the trailer? Of course you did! The Got Friends' team couldn't just leave you with a new release. We are proud to also Officially Announce our development of the PZL-104 Wilga! Coming to a simulator near you in 2022! Stay tuned for more information and consider joining our Discord for continuous updates! 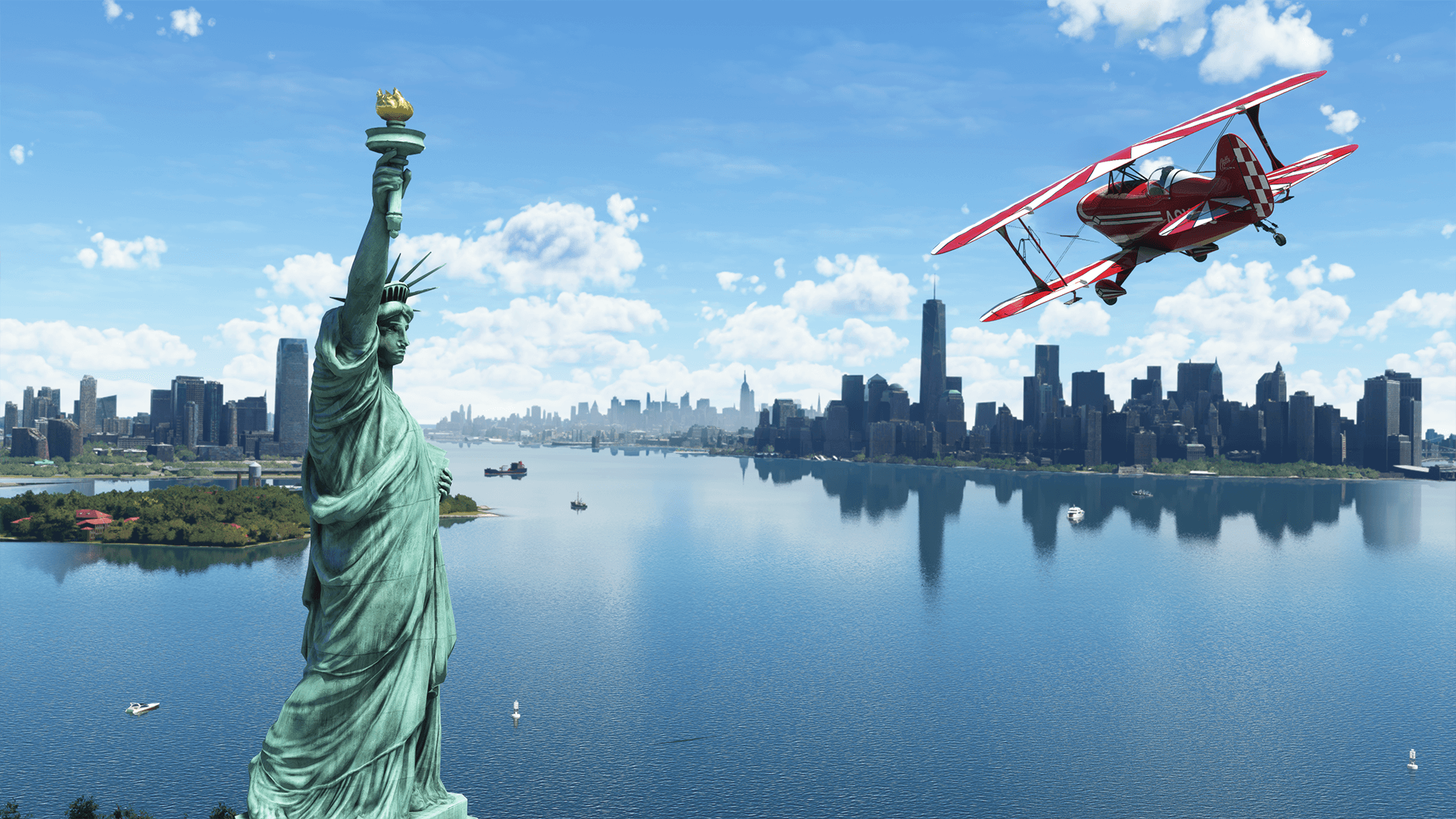 World Update X captures the spirit of the United States of America and all of its exquisite landscapes, cityscapes, and breathtaking vistas to enjoy from above in Microsoft Flight Simulator. Explore the renowned canyons of the Desert Southwest, roam throughout storied architecture of America’s great cities, and soar among peaks that tower miles above their surroundings with World Update X. The Microsoft team built this USA update using the latest high-resolution satellite and aerial imagery an... 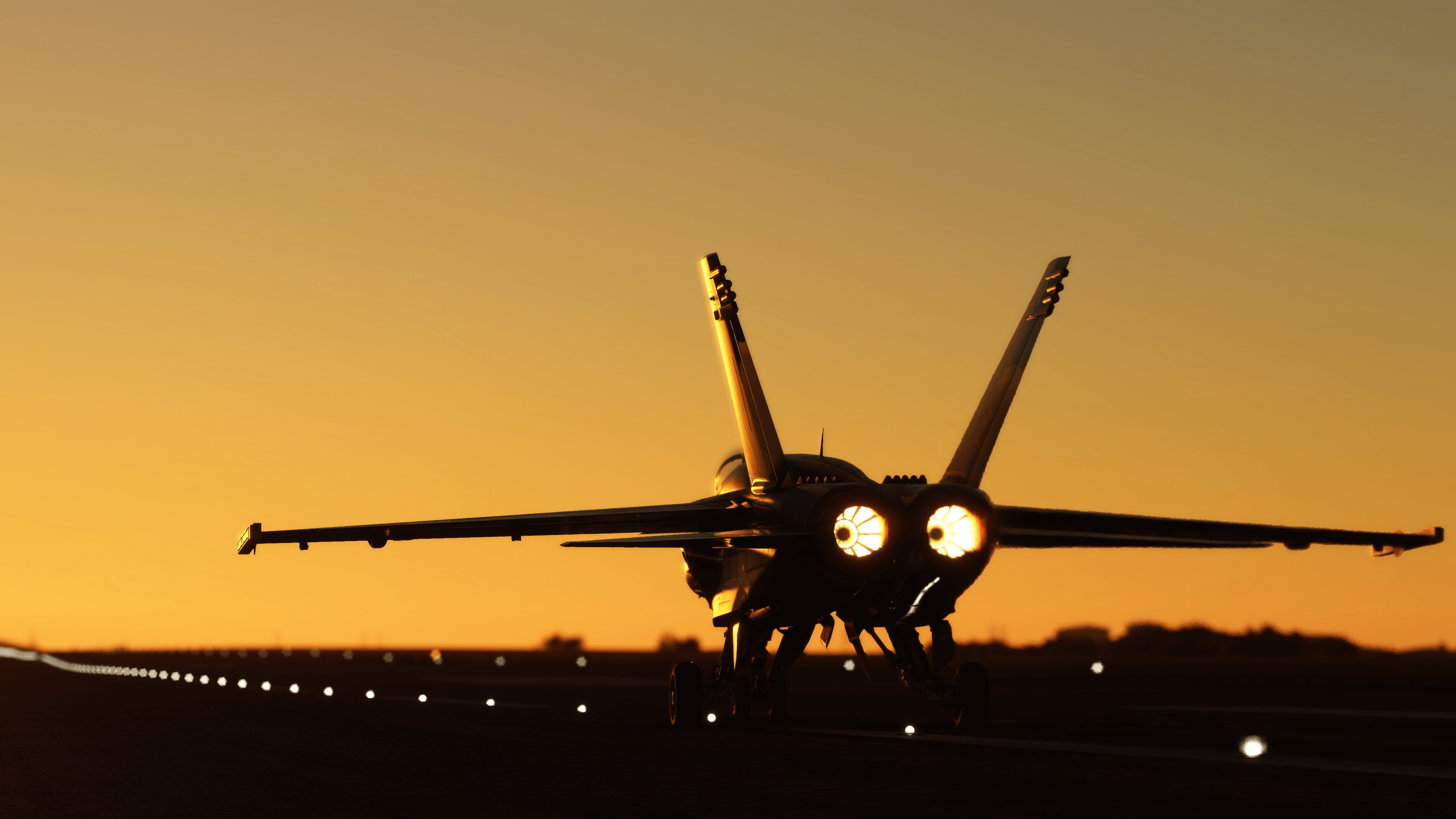 Develop the skills required and navigate complexities encountered by actual Top Gun pilots in authentic locations, including a carrier deck landing challenge, one of the most demanding operations in the world of military aviation. The Top Gun: Maverick expansion also contains a Maverick Edition livery for the F/A-18E Super Hornet, Super Hornet training missions that will introduce you to radical flight maneuvers, five high-speed, low-level challenges through mountains and canyons, a never-before...