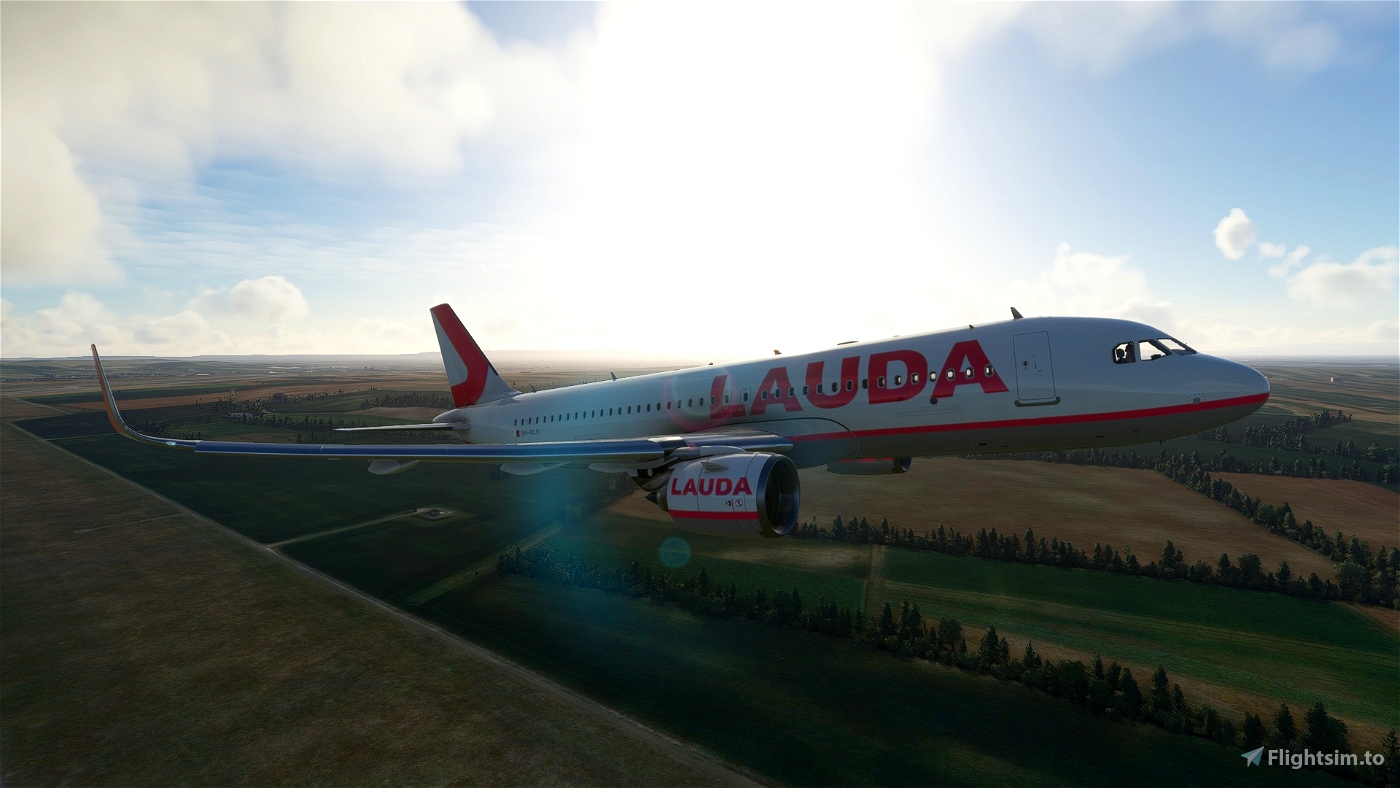 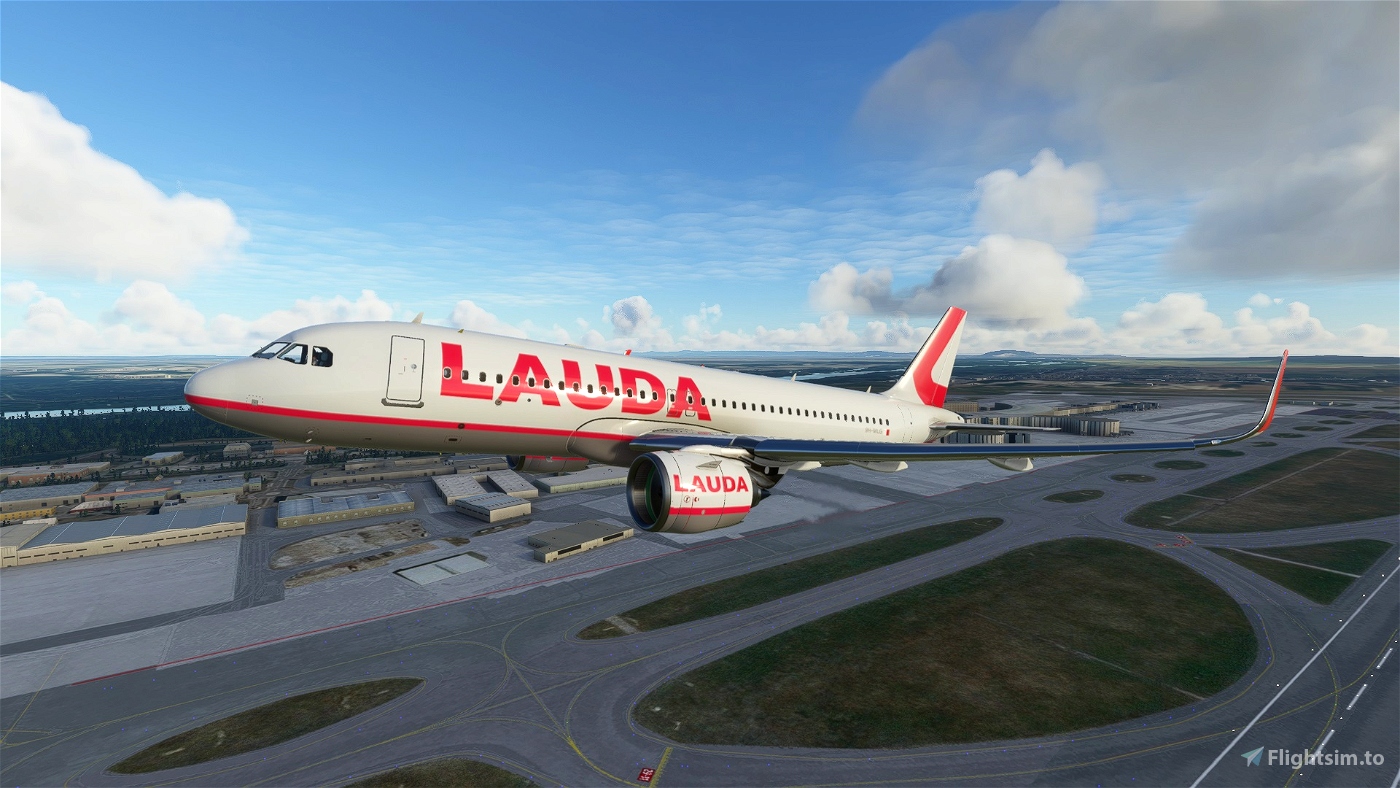 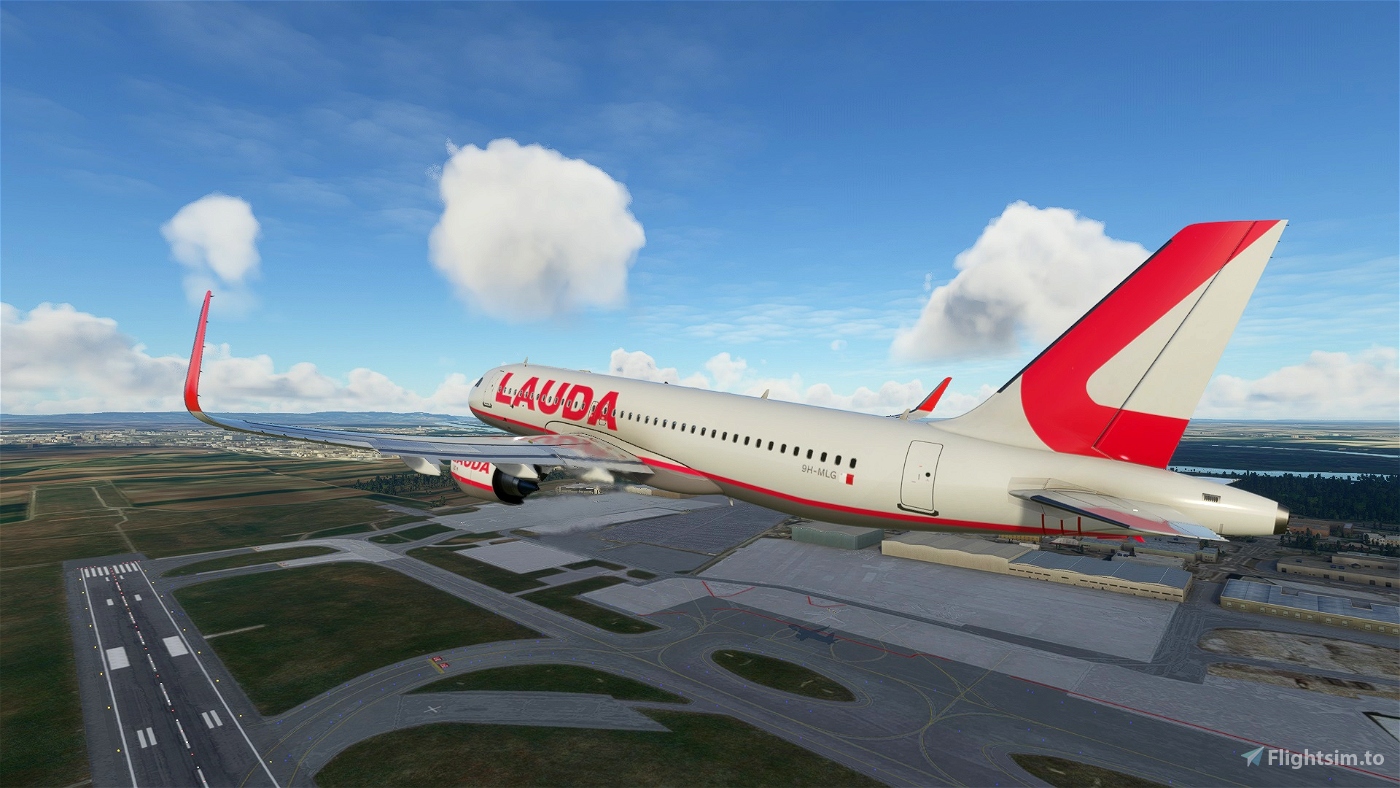 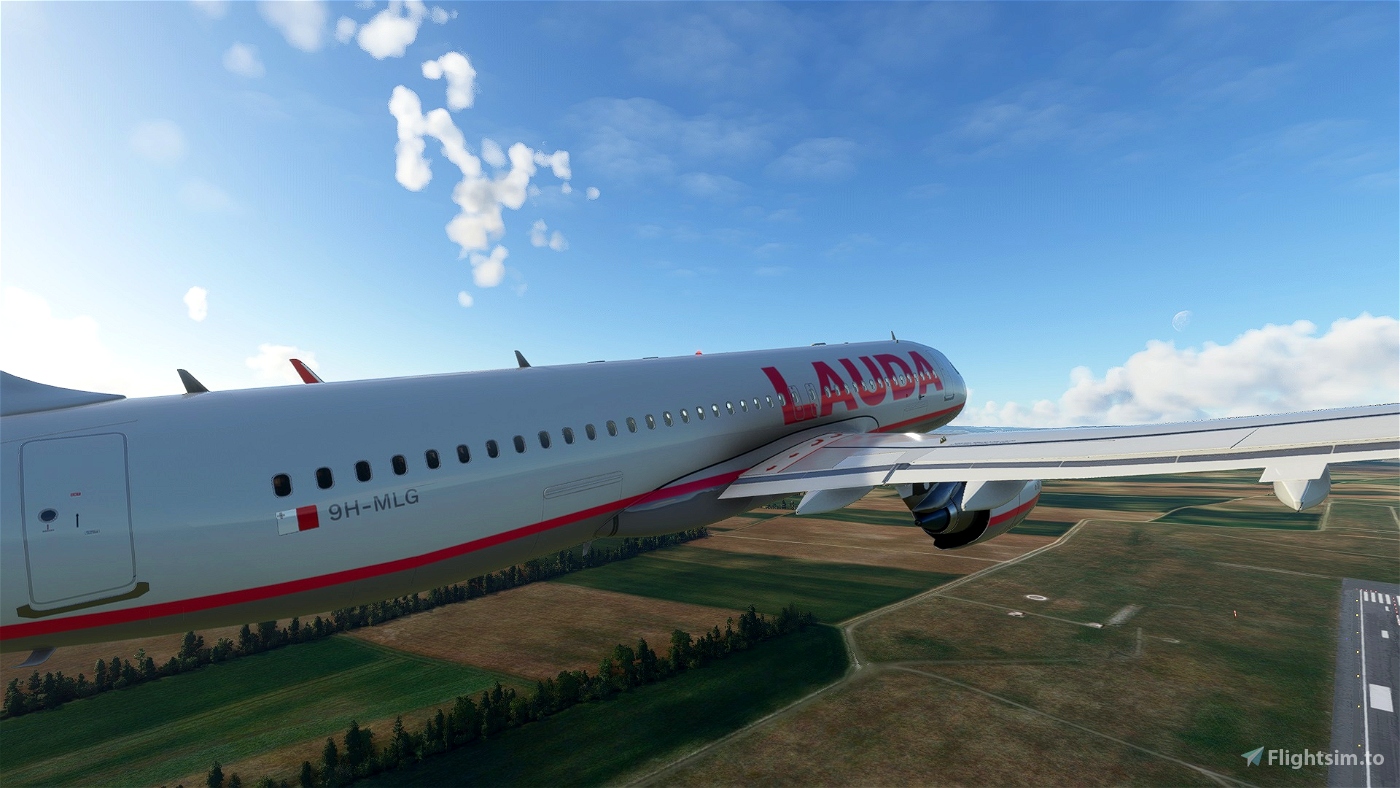 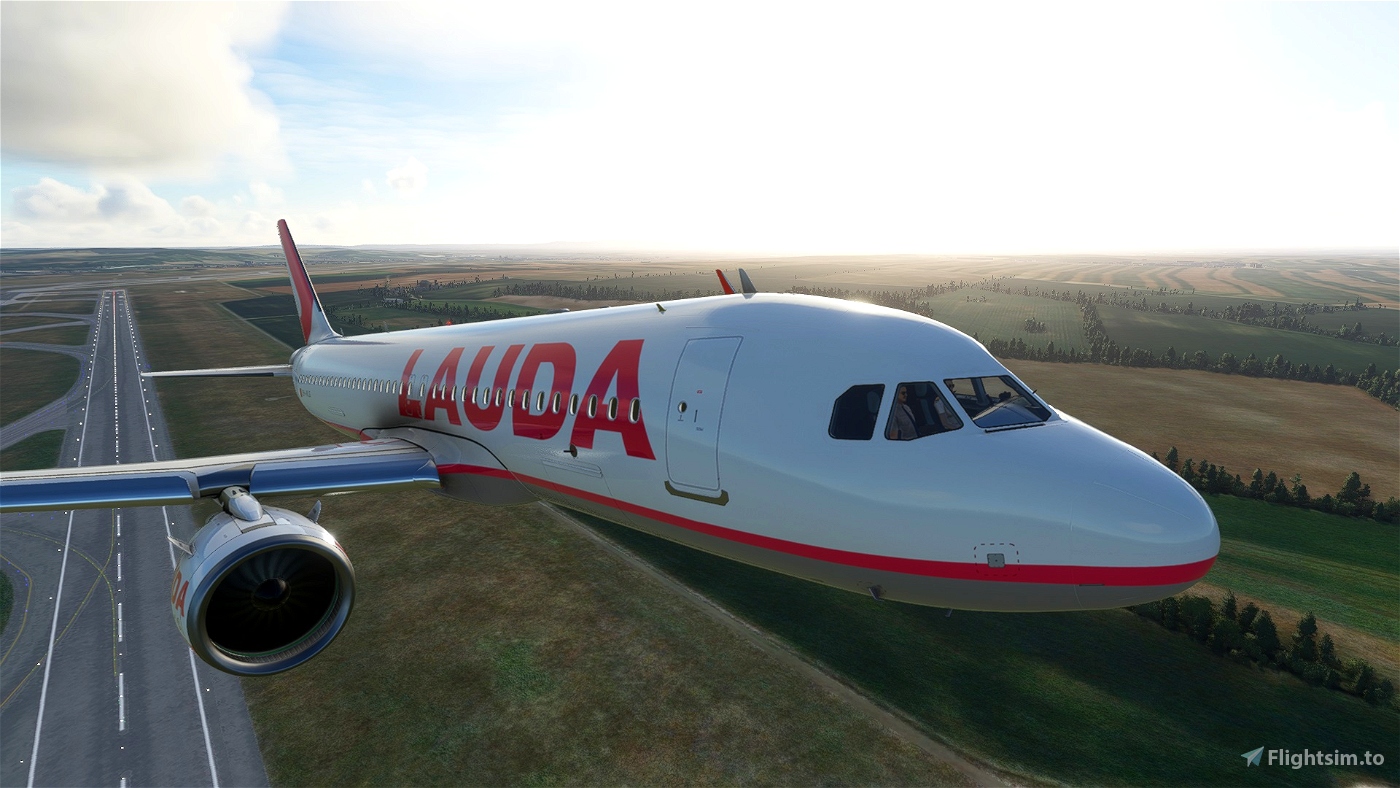 -Improve of registration number on the fuselage and on the nose gear.

Many thank to Juanleon, this details help a lot to make better liveries

I hope your enjoy it

Thank to @juanleon, to tell me about the Tail Number and Flag detail.

Comments or donations are always welcome and greatly appreciated

Lauda Air Luftfahrt GmbH, branded as Lauda Air, was an Austrian airline headquartered at Vienna International Airport in Schwechat. It was owned by Niki Lauda during much of its existence, later becoming a charter airline subsidiary for leisure operations of Austrian Airlines. On 6 April 2013, Lauda Air ceased to exist and was replaced by Austrian myHoliday, a new brand name that is used for flights and leisure offers provided by Austrian Airlines.[2]

Lauda Air was established in April 1979 by former Formula One world motor racing champion Niki Lauda and started operations in 1985, initially operating as a charter and air taxi service. One of the first jetliner types used by Lauda Air was the British Aircraft Corporation BAC One-Eleven series 500, with these aircraft being leased from the Romanian airline TAROM. It opened its headquarters in the Lauda Air Building in Schwechat, Austria.[3] Scheduled operations were licensed and initiated in 1987, and in 1990 licences for international flights were obtained.[4] In 1989 Lauda started its first long-haul flights from Vienna to Sydney and Melbourne via Bangkok. In the 1990s, it started to fly its Sydney and Melbourne flights via Kuala Lumpur and Bali. Daily flights to Dubai, Cuba, and Miami via Munich followed.

At an AAG board meeting in November 2006, plans were approved to retire the Airbus wide-bodied fleet by mid-2007 and to operate with just a Boeing 767 and Boeing 777 fleet. As a result of subsequent fleet cuts, Austrian Airlines suspended some long-haul services and Lauda Air withdrew from the long-haul charter market over the next year. This led to a refocus on the short/medium-haul market and led to the addition of a 737-800 to take over most of the charter routes. Lauda Air also had an Italian subsidiary, Lauda Air S.p.A., which ended its operations in 2007.

oliveiralberto replied Author
February 13, 2021
Reply
Hi Drawyah, lot of time with out know of you, I dont know if you remember but you request to me the first version of lauda livery time ago. I will put your request on my list, I Only work on this on my free time
Drawyah replied
February 13, 2021
Reply
Yes, I do remember our conversations, flew Lauda from Vienna to Lappeenranta! I was hoping to find your Discord to drop you a DM but couldn't find it so chose this route instead. :P

I hope you're doing well!