Toulouse is the capital of the French department of Haute-Garonne and of the region of Occitanie. The city is on the banks of the River Garonne, 150 kilometres (93 miles) from the Mediterranean Sea, 230 km (143 mi) from the Atlantic Ocean and 680 km (420 mi) from Paris. It is the fourth-largest city in France, with 479,553 inhabitants within its municipal boundaries (as of January 2017), and 1,360,829 inhabitants within its wider metropolitan area (also as of January 2017), after Paris, Lyon and Marseille, and ahead of Lille and Bordeaux.

Toulouse is the centre of the European aerospace industry, with the headquarters of Airbus (formerly EADS), the SPOT satellite system, ATR and the Aerospace Valley. It also hosts the European headquarters of Intel and CNES's Toulouse Space Centre (CST), the largest space centre in Europe. Thales Alenia Space, ATR, SAFRAN, Liebherr-Aerospace and Airbus Defence and Space also have a significant presence in Toulouse.

The University of Toulouse is one of the oldest in Europe (founded in 1229) and, with more than 103,000 students, it is the fourth-largest university campus in France, after the universities of Paris, Lyon and Lille.

The air route between Toulouse–Blagnac and the Paris airports is the busiest in France, transporting 3.2 million passengers in 2019. According to the rankings of L'Express and Challenges, Toulouse is the most dynamic French city.

Founded by the Romans, the city was the capital of the Visigothic Kingdom in the 5th century and the capital of the province of Languedoc in the Late Middle Ages and early modern period (provinces were abolished during the French Revolution), making it the unofficial capital of the cultural region of Occitania (Southern France). It is now the capital of the Occitanie region, the second largest region in Metropolitan France.

Toulouse counts three UNESCO World Heritage Sites: the Canal du Midi (designated in 1996 and shared with other cities), and the Basilica of St. Sernin, the largest remaining Romanesque building in Europe, designated in 1998 along with the former hospital Hôtel-Dieu Saint-Jacques because of their significance to the Santiago de Compostela pilgrimage route. The city's unique architecture made of pinkish terracotta bricks has earned Toulouse the nickname La Ville Rose ("The Pink City").

v2.0: Fix a big issue with the LOD management system, due to the way Google Earth Decoder places and sizes the tiles. Now, there should not be any FPS issues, and framerate should be better and more consistent

v2.6: compatibility with the WU4 update

This file has been scanned for viruses and is safe to download.
More Uploads by Thalixte 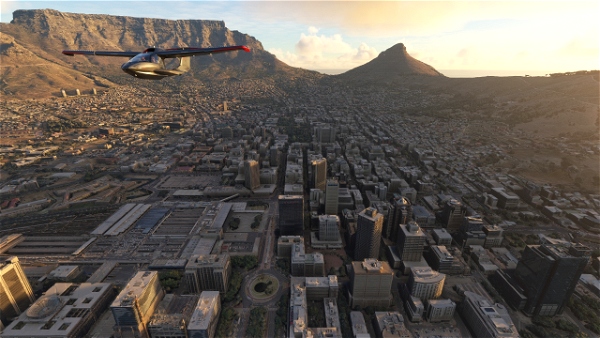 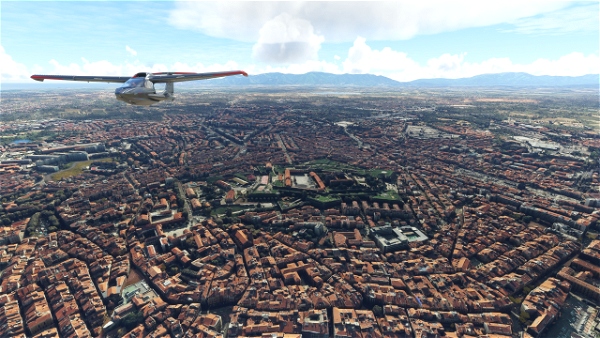 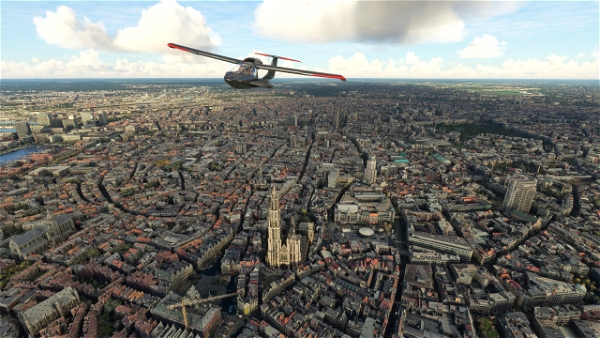 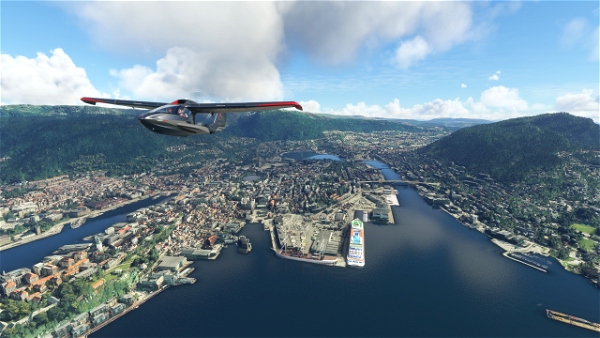 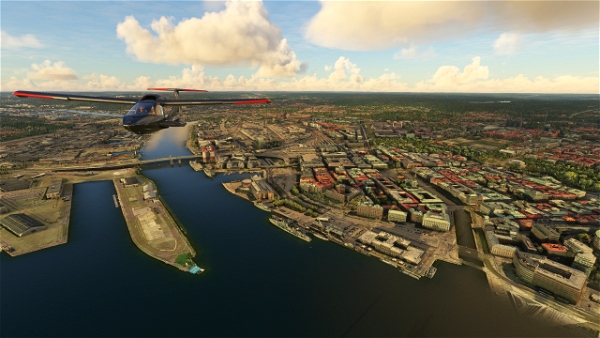 Not working for me since last update 😞

1 year(s) ago
I apreciate your hard work and dedication, but i would like to send you a suggestion, I think the scenaries...i visited lots of your uploads didnt cover the entire of the city, like nantes, genova, lausanne. And for me it is a killer inmersion. it is possible to recreate the entire of the cities?? maybe with different packs. Thanks
0
0
Reply

Amazing mod, great perf, and download Bushtalk radio to get audio guides to learn something 😉

2 year(s) ago
Great, works perfectly since the last update
well done and thank you
0
0
Reply

2 year(s) ago
The game crashes with last update of yesterday at the end of flight loading on Toulouse airport. I suspect this scenary because all is fine without this scenary and without Nantes scenary.
0
0
Reply

I have no problem so far with my sceneries and the last update. have you followed the Asobo's suggestion and enabled the "disable crash" option in the dev tools ? Also, make sure you have enough RAM, and that your pagefile is correctly configured and managed automatically by windows 10

I had the same problem than you. I have 32 GB Ram but only 2 GB of pagefile. Increasing the pagefile system to 8 GB resolved the crash of Toulouse scenery.
Thank you very much Thalixte for this wonderful scenery of Toulouse !!!

2 year(s) ago
The latest version 2.3 is missing the folder citeespace, is it normal ? Did you merge it in the folder toulouse ?
0
0
Reply

Thks for the feedback. It should be fixed now 😉

You are most welcome. Thanks for the fix