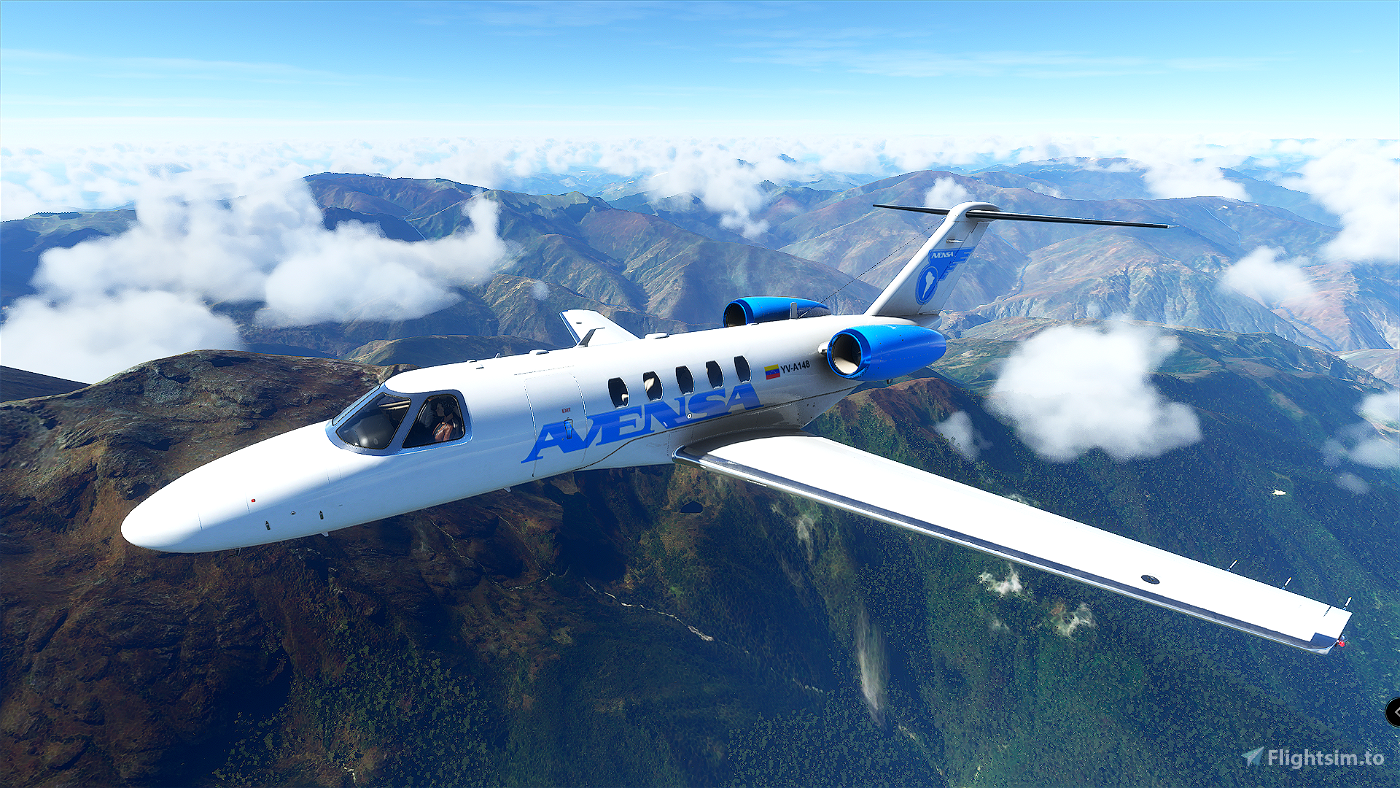 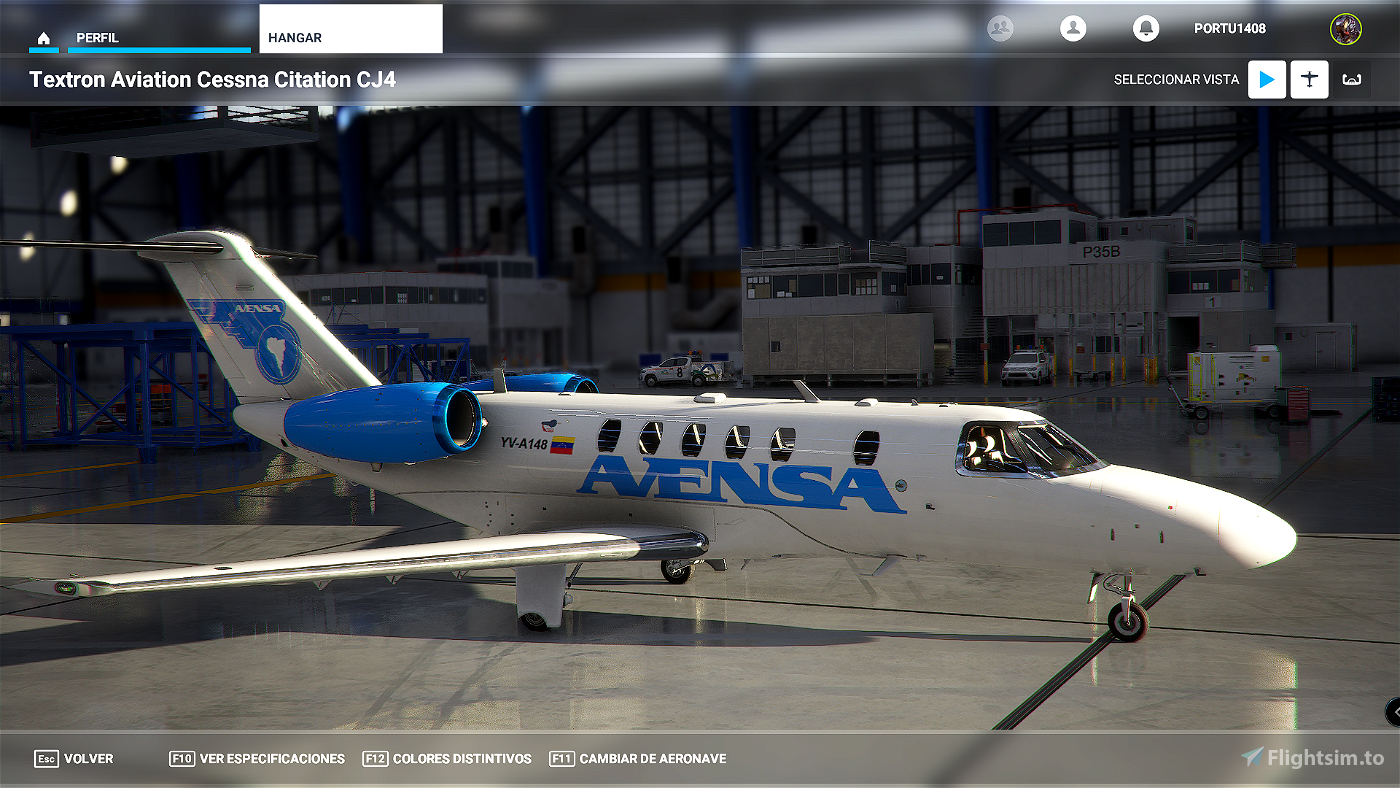 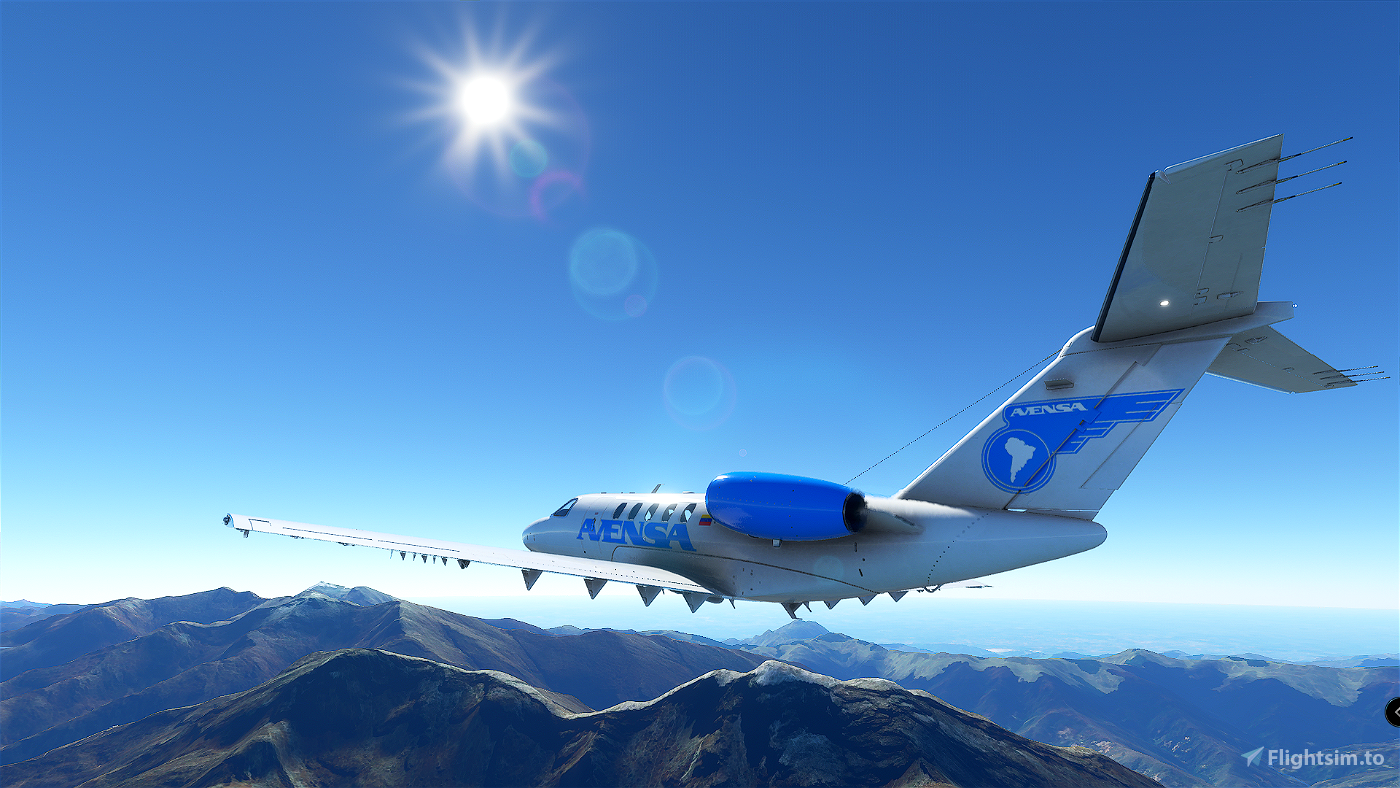 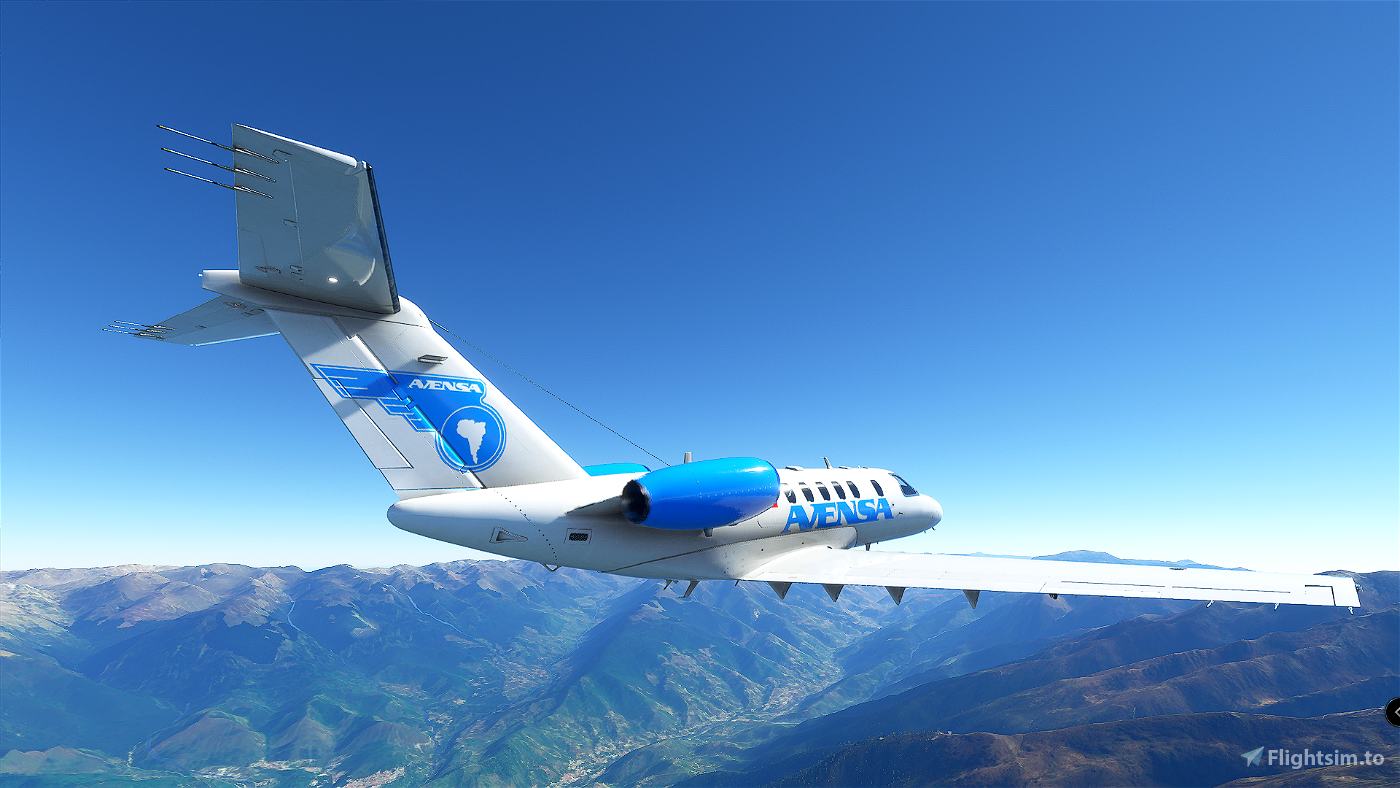 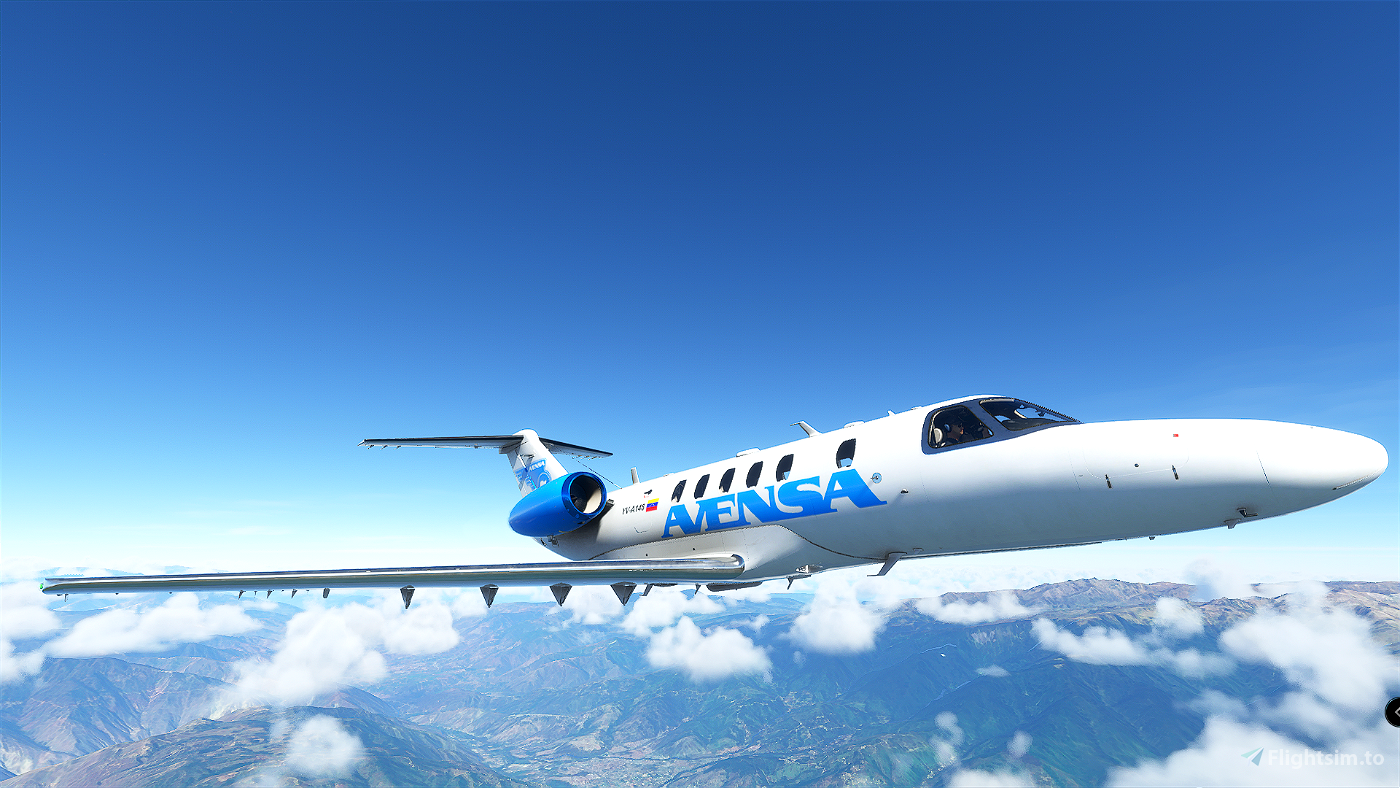 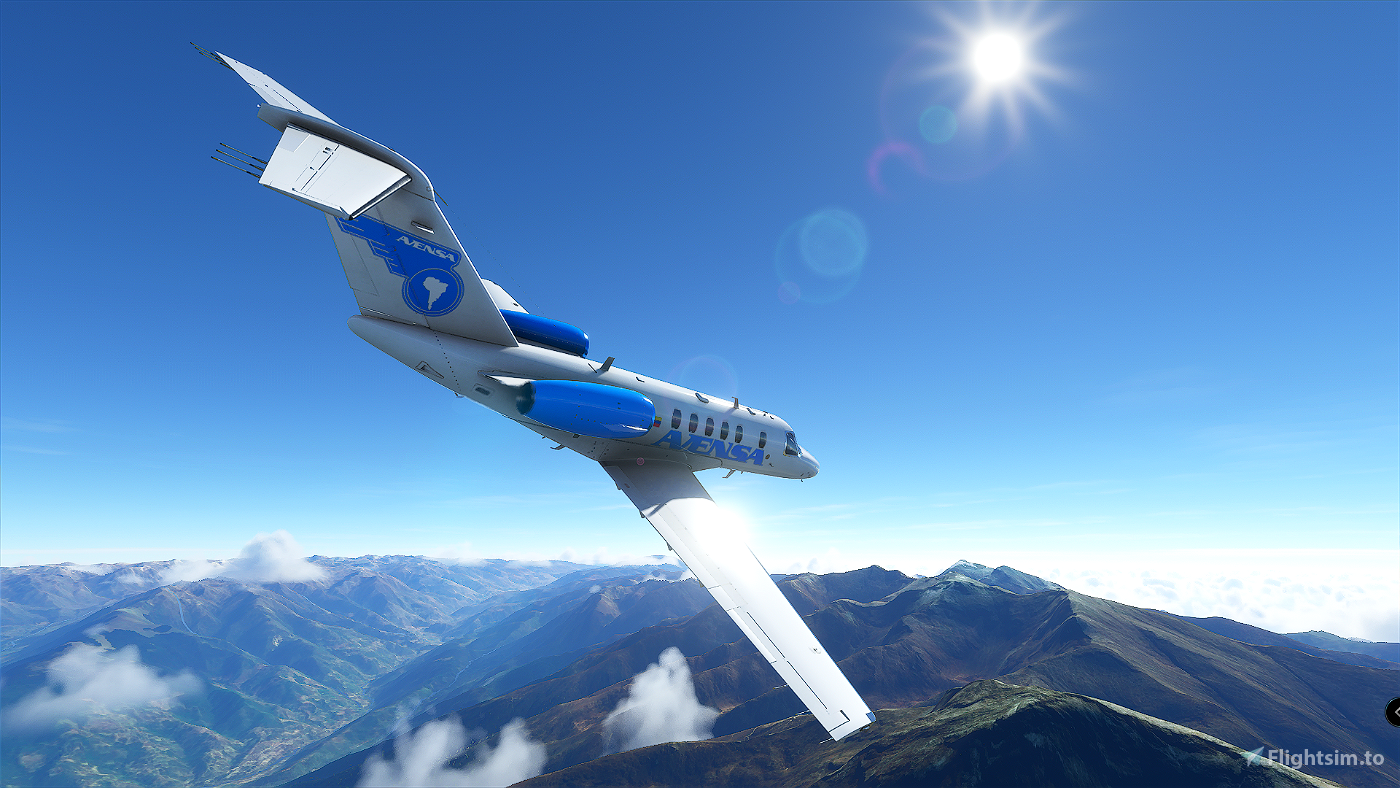 Avensa (Aerovías Venezolanas Sociedad Anonima) was a Venezuelan airline headquartered in Caracas. It was in the process of financial restructuring, after it went into bankruptcy due to poor management in 2002, with Santa Barbara Airlines taking over its routes, although a single Embraer EMB 120 Brasilia continued to carry the Avensa name in service until it was grounded for good in 2004. Avensa operated from its hub at Simon Bolivar International Airport in Maiquetía.

Although Avensa was reported to be in the process of economical restructuring, as of 2020, the airline has not been able to return to the skies.

This is a Fictional livery for Cessna Citation CJ4.

oliveiralberto replied Author
January 31, 2021
Reply
Hi. Thank for your information. I saw the other comment but I couldn't install that mod, I'm getting the same error. I think avensa livery is ok now because, I had a similar problem with FBW a320x and I make the same changes to fix it
edpatino replied
January 31, 2021
Reply
I'm maybe wrong, but it seems it's a panel.cfg file conflicting with the WT FADEC system
oliveiralberto replied Author
February 01, 2021
Reply
Exactly man. That was the problem. Before I use this file to change de atc id color or erase it
edpatino replied
February 01, 2021
Reply
Good!. The livery should be working 100% now. Will test it as soon as possible. Thanks so much for letting us to have an Avensa livery again. I'll always remember a flight I did on an Avensa B727 from Maracaibo to Miami, in the cockpit's jumpseat, thanks to my old friends Captain Rivero and First Officer Vargas.
oliveiralberto replied Author
February 01, 2021
Reply
ohh great, good memory of that time. enjoy it. I have to make another venezuelan liveries