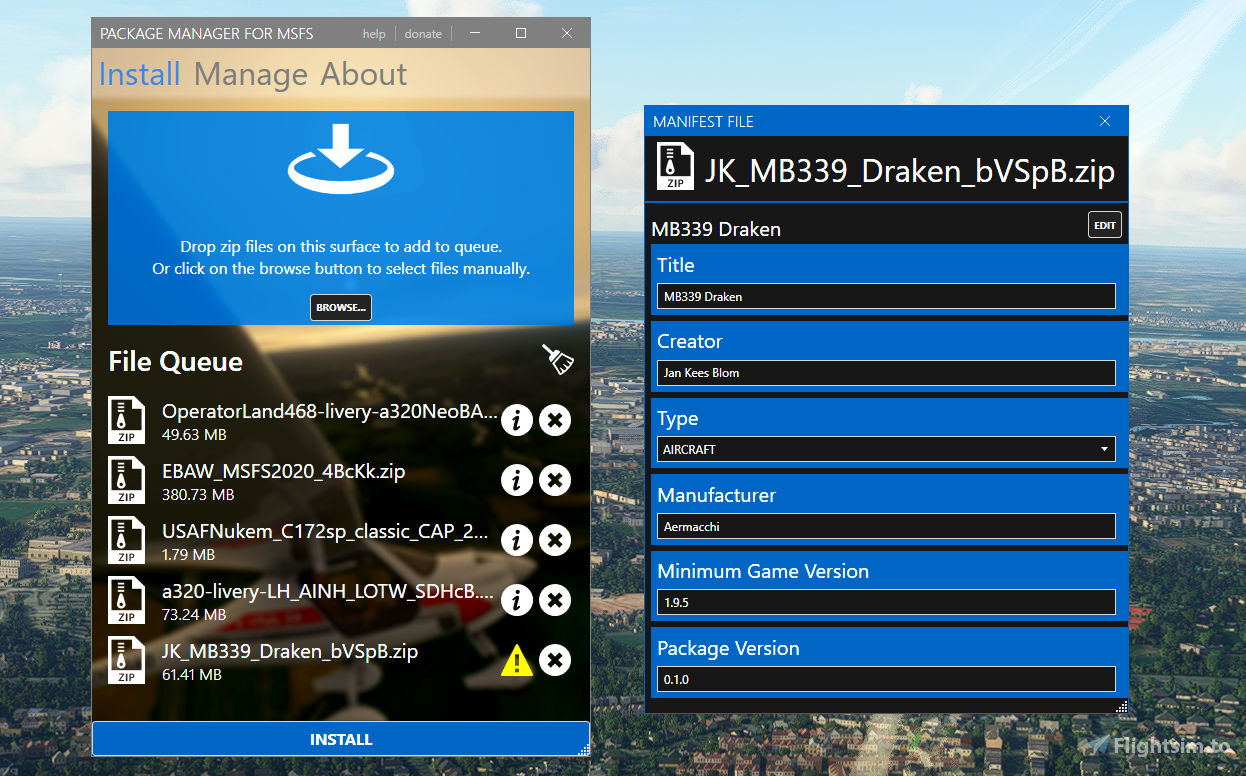 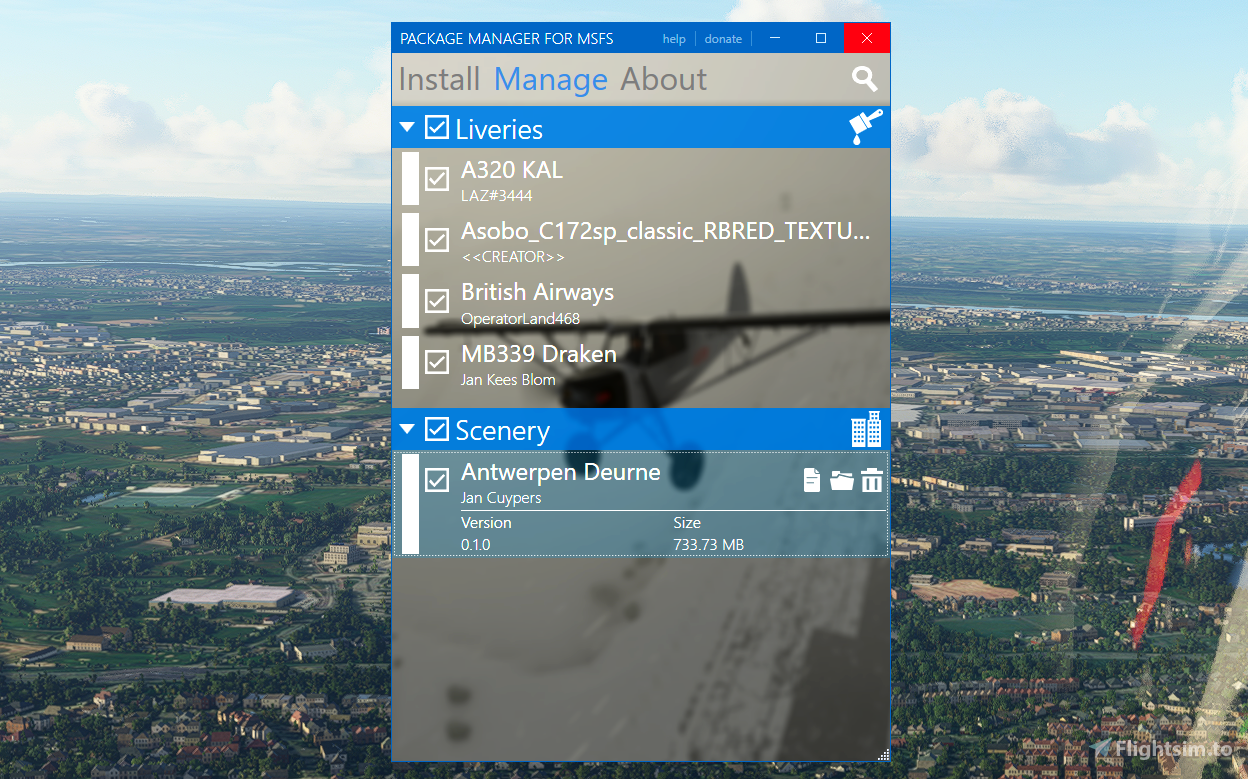 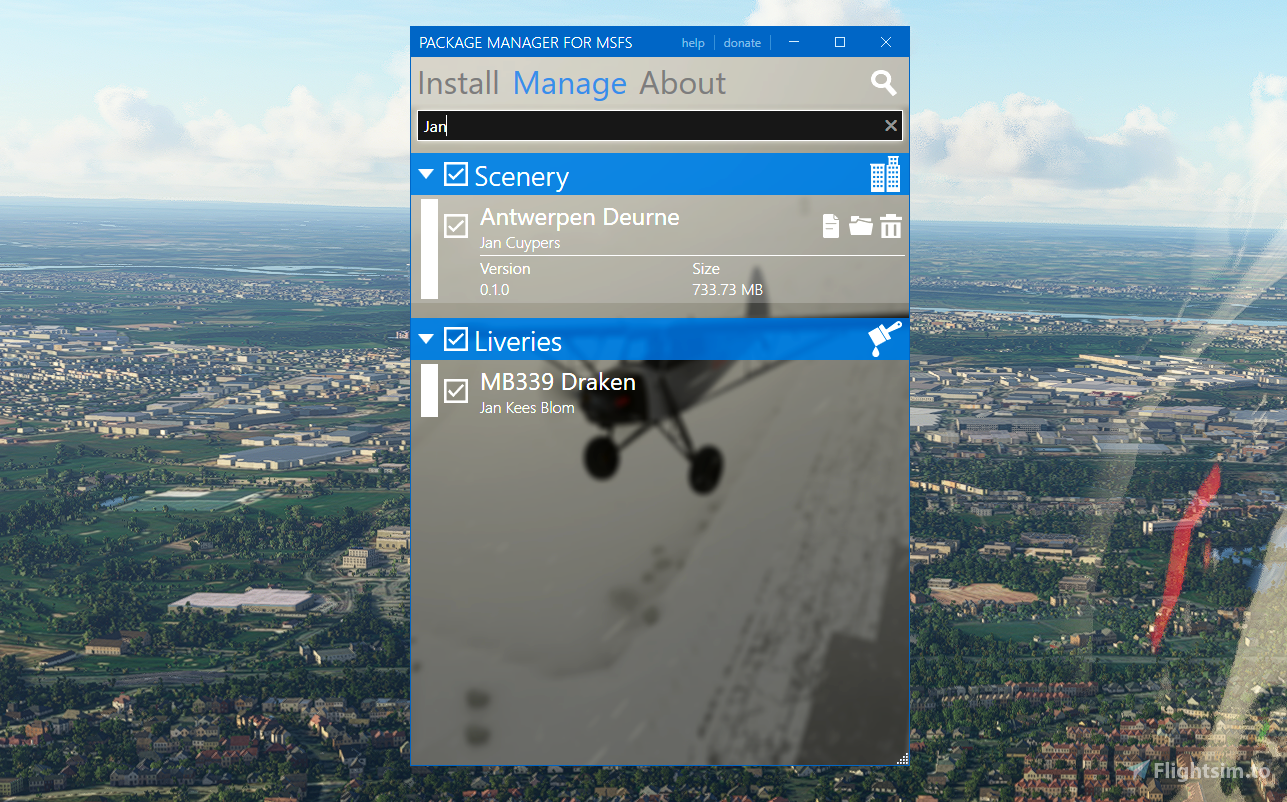 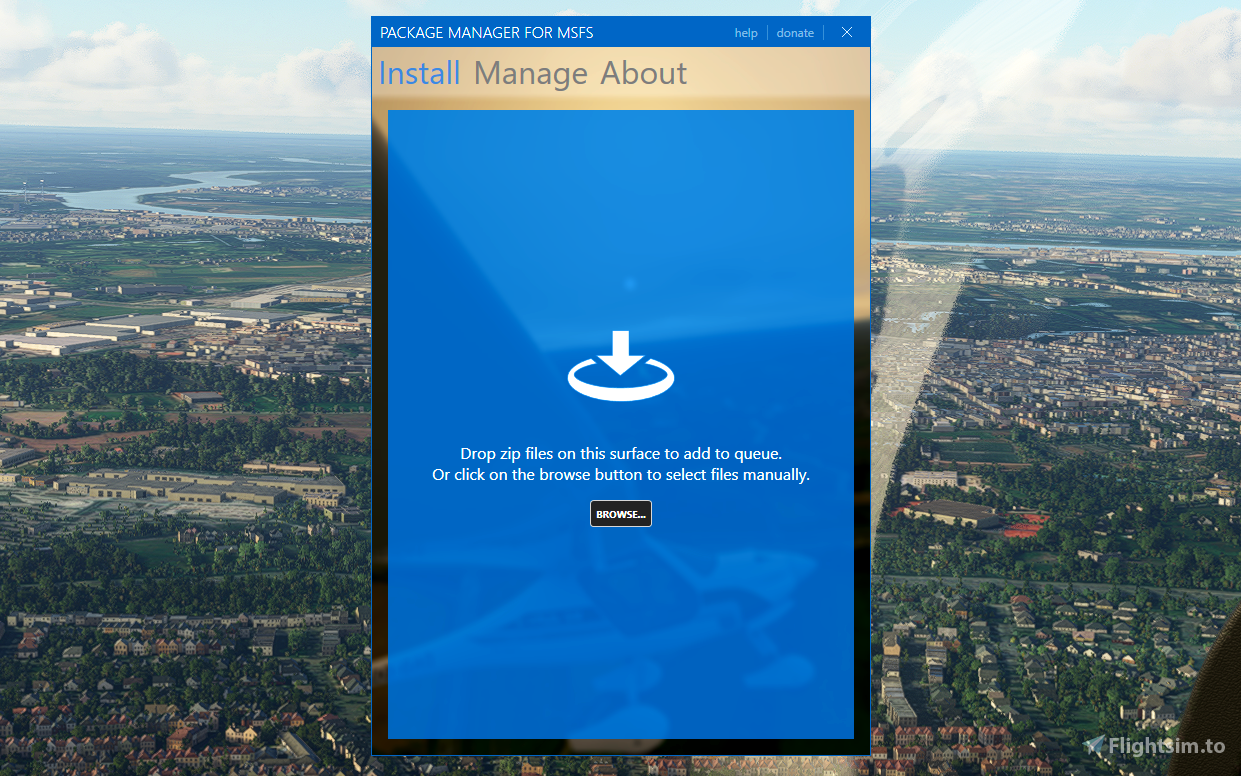 Drag and drop your downloaded zip, rar and 7z files and add them to your Flight Simulator with the click of a button.

By providing an overview of all the installed packages and the option to remove a package.
Requires Windows 10, .NET 4.8 and a valid installation of Microsoft Flight Simulator (MSFS)

In case you get a warning this might be a malicious program. It's because the code is not signed a contains File operations code (which the app needs to be able to manage your community folder!) But still downloading,installing and using the application is at your own risk. I can only guarantee that the code was virus free at the time I uploaded it. What happens afterwards, I have no control over.

That's exactly what the toggle option does.
Vince7212 replied
February 11, 2021
Reply
THAT's PERFECTLY PERFECT THAN ! :) Thanks a lot.
johanptrs replied Author
January 18, 2021
Reply
Well installing something is changing something ln your pc. Since the installer is not digitally signed, Windows will give that warning. Since the ability to sign an executable costs well over 300euros per year.. It's not signed.

The browser reputation stems from the same reason, but it's compounded by the fact that the file is extremely rarely downloaded by other users of the browser.

I can only say that the installer did not contain any malicious code or virusses when i uploaded it here. What happens afterwards, i have zero control over.
johanptrs replied Author
January 17, 2021
Reply
Can you give a screenshot of the warning?
johanptrs replied Author
January 17, 2021
Reply
Thank you very much!
johanptrs replied Author
January 17, 2021
Reply
I just downloaded that castle package, used PM to install it, and they all appear correctly named in the Manage tab.
I'm sorry but i cannot replicate your issue.
It is possible the previous version did indeed contain incorrect data in the manifest files. Sadly Package Manager is unable to guess what the title or developer of a package is... It's completely dependent on the developer providing this info in the manifest file.

Sadly the SDK and the sim itself don't enforce this for non Marketplace content.
yapasphoto replied
January 18, 2021
Reply
thanks anyway for you work.
FYI, like skydiver I get also a virus warning by windows security for version 1.3.1
johanptrs replied Author
January 18, 2021
Reply
Do you get the warning for the executable or the installer?
And what exactly is the warning?
yapasphoto replied
February 03, 2021
Reply
from the installer :

Application :
rwy29_PackageManager_1.3.1.exe
Éditeur :
Éditeur inconnu
johanptrs replied Author
February 03, 2021
Reply
Yeah that's not a virus warning.
It's simply because the application is not digitally signed.
And globally seen, not enough people have allowed it to run for Defender to start seeing it as a "good" application. As long as this application is free. I can't buy a certificate to sign it, as it's way to expensive.