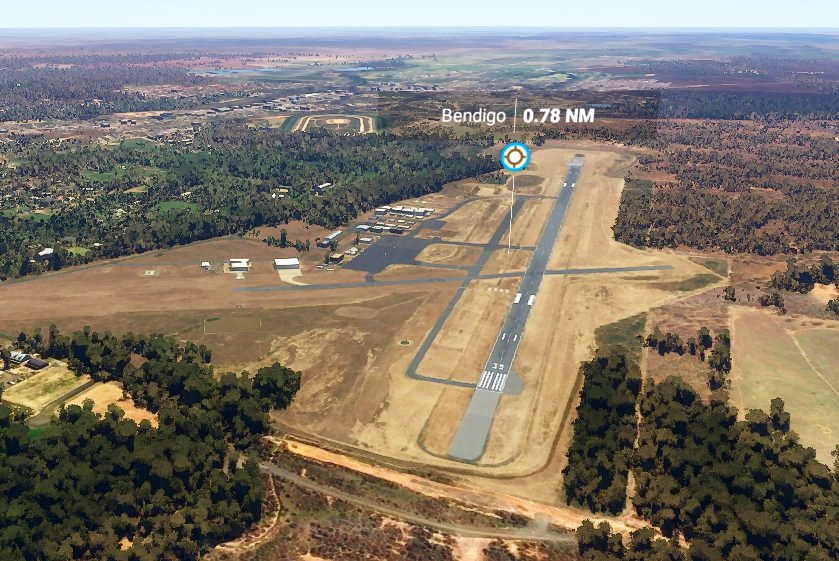 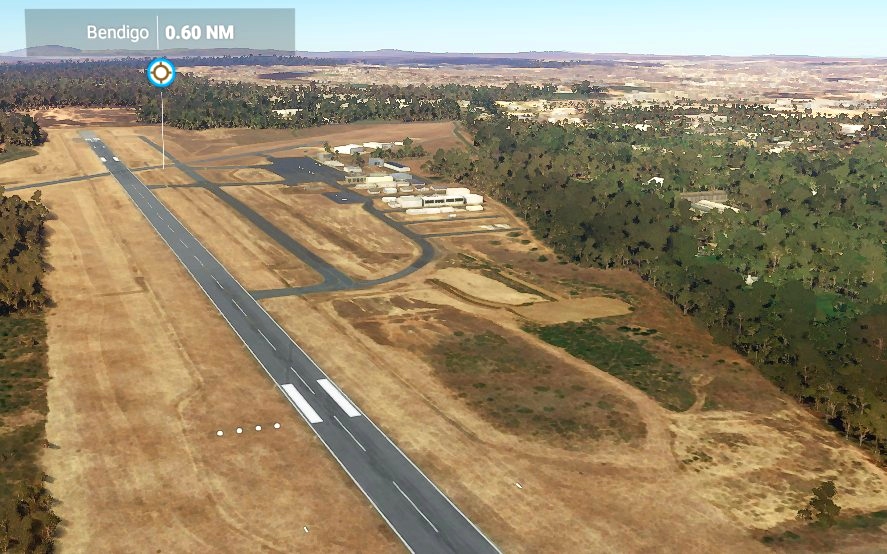 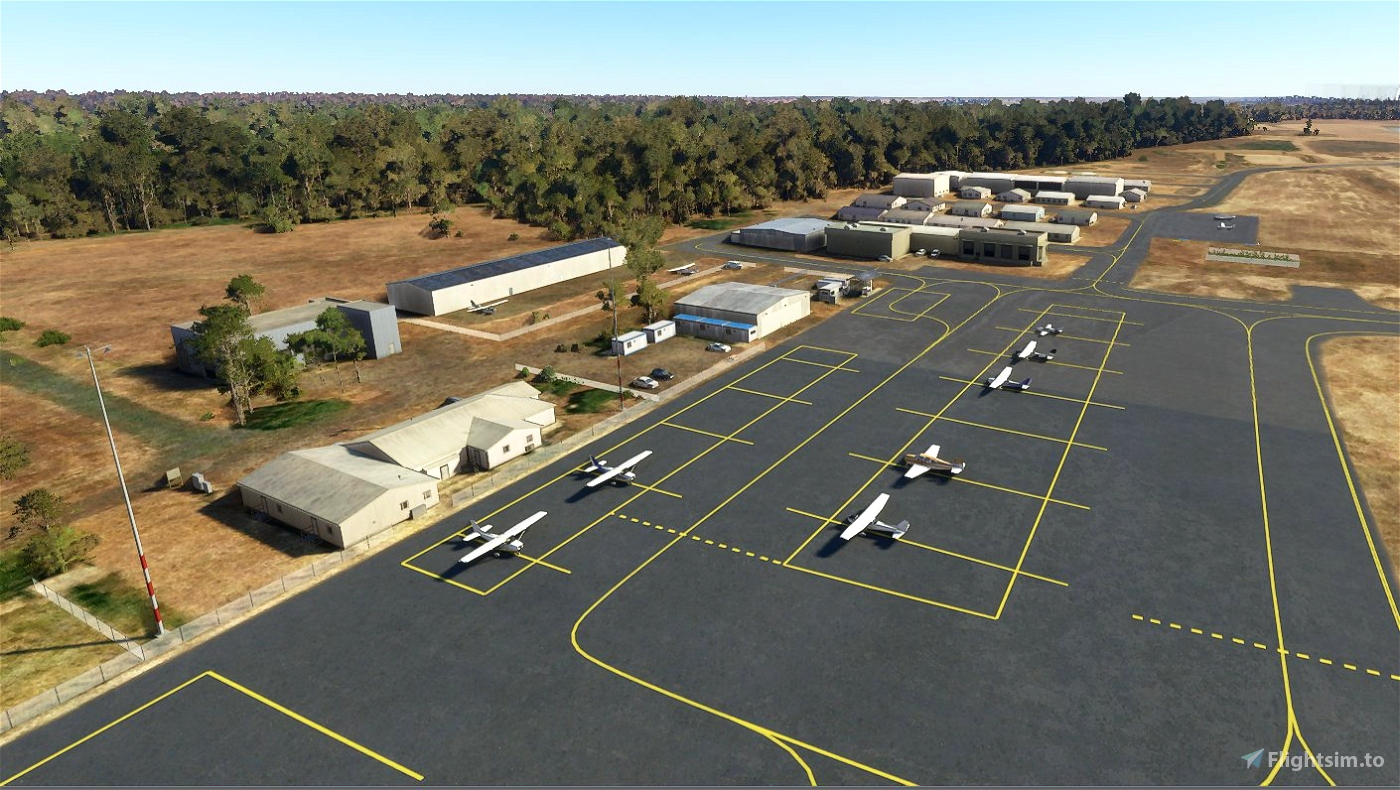 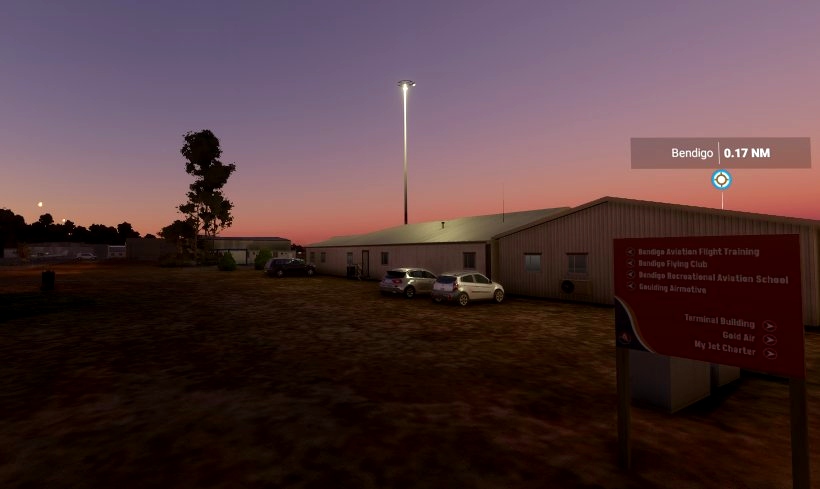 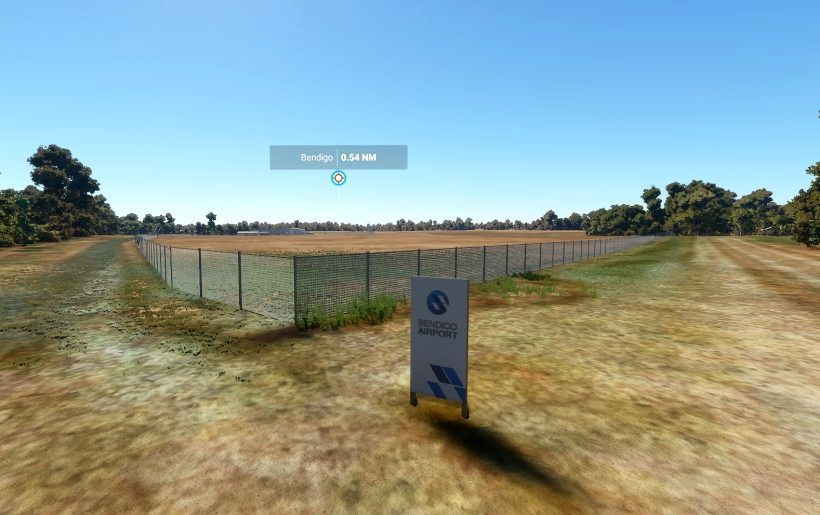 YBDG did not exist at all in the flight sim when released, possibly because the aerial photograhs of the airport were awful - different parts having been photographed at different times, leaving an obvious dividing line crossing the middle of the airport.

To fix this and create a place to fly in central Victoria:

- Taxiways with markings and signage.

- A small number of original objects created in Blender.

- Renamed material texture files in order to force the software developer kit to build from scratch and not from cache.

These users have donated to ichankal to keep him making awesome add-ons everyone can enjoy.

In case you are not aware, SU5 has a bug that requires both the Primary and Secondary starting positions to be on a runway even though you can delete them in the SDK. If the secondary start position is missing the sim will CTD when you try to land on that runway

Hi, I have just found that this A/P is now causing CTD when ever you spawn there or fly within a radius of between 15 and 30nm from any direction.

I,m guessing it is a problem that has cropped up since the last update as this used to work fine. Just thought I would let you know in case you would like to check it out.

Love to have it back.

Further to my post, after SU5, this mod now works but the whole area of the airport is covered with snow. While there is no snow elsewhere.

1 year(s) ago
CTD while loading flights in AUS caused by this mod. I think because not updated with the new game release.
0
0
Reply

THANK YOU!! I've had the same CTD issue, mine would crash only at certain places in Aust, I've spent days trying to figure out which addon is causing it (I've got way too many). Once I disabled this Bendigo addon, it no longer crashes from those same certain places.

1 year(s) ago
Looks good except for the white tiles not blending in with the surrounding terrain. When I checked the scenery folders I didn't see the file bgairportovl88.png. There is a bgairportovl89.png though. Is there a file missing or did I screw up the install. I installed straight to community folder.
0
0
Reply

1 year(s) ago
Still have the white tiles here too. Scenery is in the Community folder.
Cheers.
0
0
Reply

1 year(s) ago
@SixDegrees Where did you put the folder? I put mine in Community one and had the white tiles
0
0
Reply

1 year(s) ago
Works fine for me. I am mostly on Ultra settings 1440p. My LOD is set to 50. Night lighting works too. Might need to add a few more parking spots though.
0
0
Reply

1 year(s) ago
The white material is a mystery. The texture (bgairportovl88.png) certainly made it into the zip file, is also correctly referenced in the layout and library files, and I just downloaded a copy from this website, tried it on my computer and it works fine.

Maybe related to some secret hidden cache in the game that isnt documented anywhere, as some have noted in other message forums. I'llcheck it out. For the moment though I may have to take the file down if it doesnt work properly.

1 year(s) ago
I have the white tiles over the aerial imagery too. Thanks for your efforts though.
0
0
Reply

1 year(s) ago
Hey Mate really nice work but when I loaded into Bendigo there are these white tiles covering the aerial imagery? Any ideas? much appreciated!
0
0
Reply