Happy to hear that it's working now! Simply removed the ground markings (left some of them) For the other version, it still runs in most of the rigs including mine (i5 9600k 4.6Mhz, 1660S 16GB Ram) however it may stutter sometimes. It seems like we may have exceeded the limit for projected meshes (if something like this exists?) This is causing cpu bottleneck in some systems. It is also directly related to your TERRAIN LOD sliders

Thank you for the Comment, with the next update it is changed.

Thanks ! We did try to add ILS but sim did not recognised it. When Asobo adds this into their default data you'll be able to see both sid star and ils options. Or you can use it with Navigraph beta, it includes every navdata for this airport

It's good now ! problem with the filename "é"

Current Version 3.2 by Thalixte
Previous Next

La Rochelle is a city in southwestern France and a seaport on the Bay of Biscay, a part of the Atlantic Ocean. It is the capital of the Charente-Maritime department.

The city is connected to the Île de Ré by a 2.9-kilometre (1.8-mile) bridge completed on 19 May 1988. Its harbour opens into a protected strait, the Pertuis d'Antioche.

La Rochelle possesses a commercial deep water harbour, named La Pallice. The large submarine pens built during World War II still stand there, although they are not in use. La Pallice is equipped with oil unloading equipment, and mainly handles tropical wood. It is also the location of the fishing fleet, which was moved from the old harbour in the centre of the city during the 1980s.

La Rochelle also maintains strong links with the sea by harbouring the largest marina for pleasure boats in Europe at Les Minimes, and a rather rich boat-building industry which includes Amel Yachts.

The Calypso, the ship used by Jacques-Yves Cousteau as a mobile laboratory for oceanography, and which was sunk after a collision in the port of Singapore (1996) is now on display (sadly rotting) at the Maritime Museum of La Rochelle.

One of the biggest music festivals in France, "FrancoFolies", takes place each summer in La Rochelle, where Francophone musicians come together for a week of concerts and celebration. 2004 marked the 20th anniversary of this event. The French Socialist Party has held its annual summer convention (Université d'été) in La Rochelle since 1983.

v2.1: Fix some remaining texture flickering issuesv3.0: Fix a big issue with the LOD management system, due to the way Google Earth Decoder places and sizes the tiles. Now, there should not be any FPS issues, and framerate should be better and more consistent

You haven't downloaded this mod yet.
This file has been scanned for viruses and is safe to download.

Want to see all mods by Thalixte? Check out his profile now. 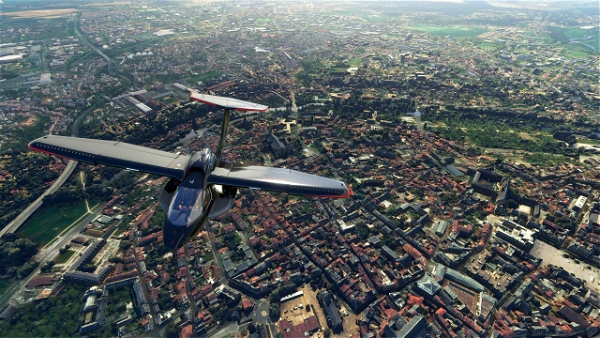 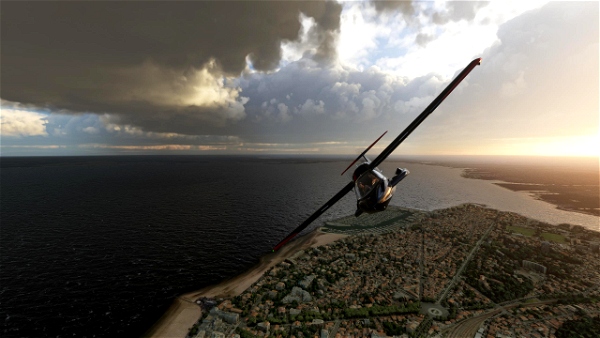 © Thalixte - All rights reserved. Any reupload or redistribution of this file without the author's prior written consent is forbidden.
This Flight Simulator 2020 Mod was created by Thalixte and shared in Scenery Enhancements » Cities for Flight Simulator 2020.
Download for free and enhance your experience in MSFS 2020.

I am the owner of this file!
If you are the legitimate author of this file, please feel free to sign up on our site. After registration, click on the "Migrate" button on the bottom right and our team will check your request within 24 hours. If successful, this file will be migrated to your account and you can start hosting and modifying your file on our lightning-fast servers for free. Thanks for your cooperation.

This is the place where you can discuss on this item. Any conversation that would be too long and excessive for comments finds its place here. Rules