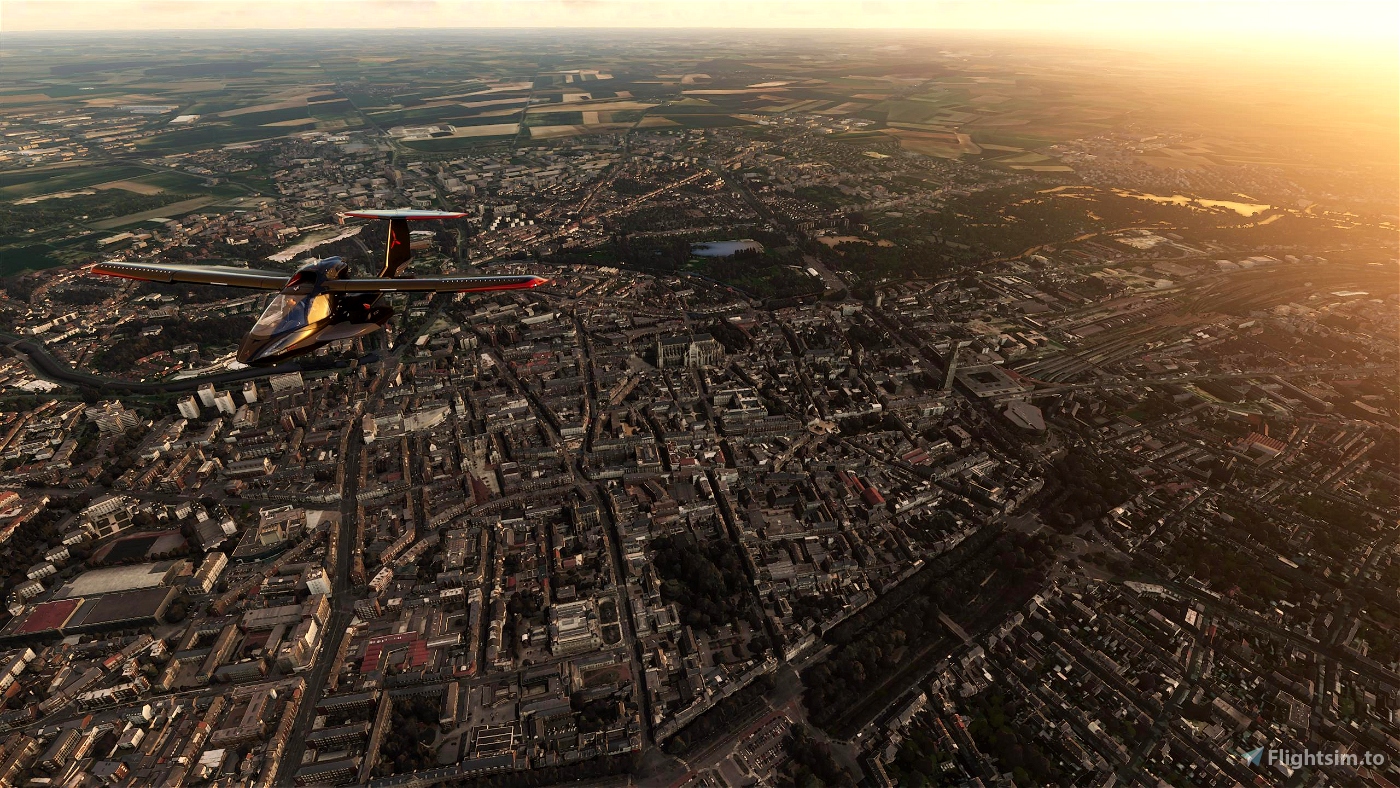 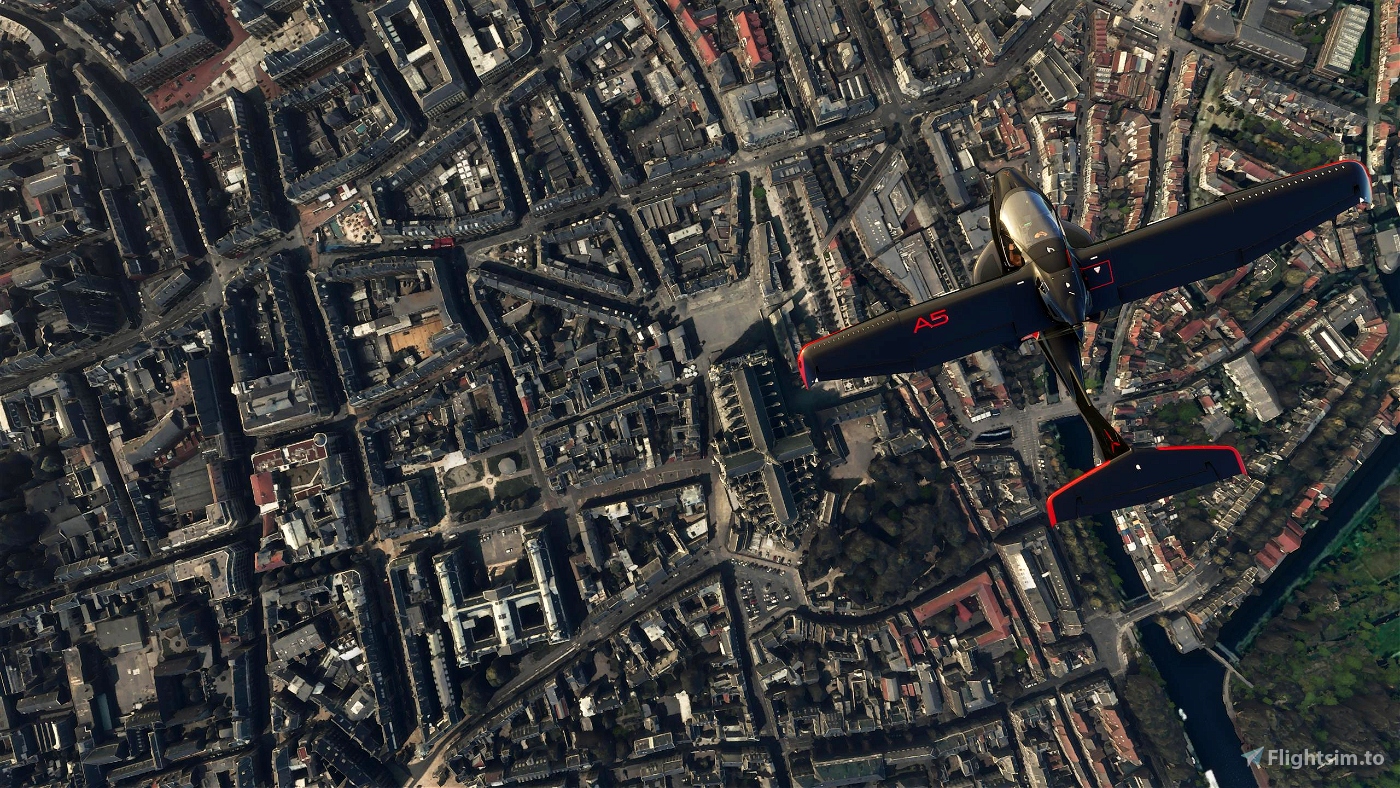 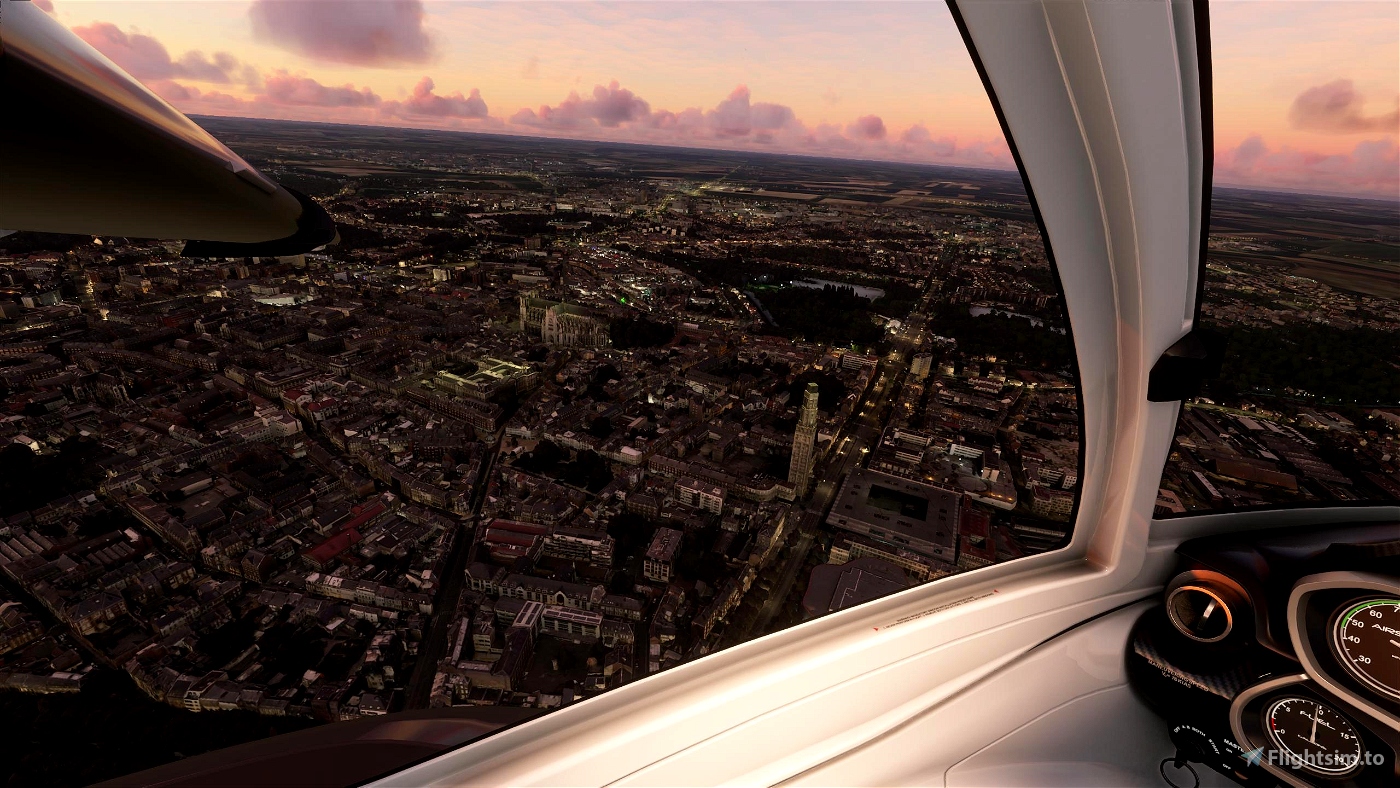 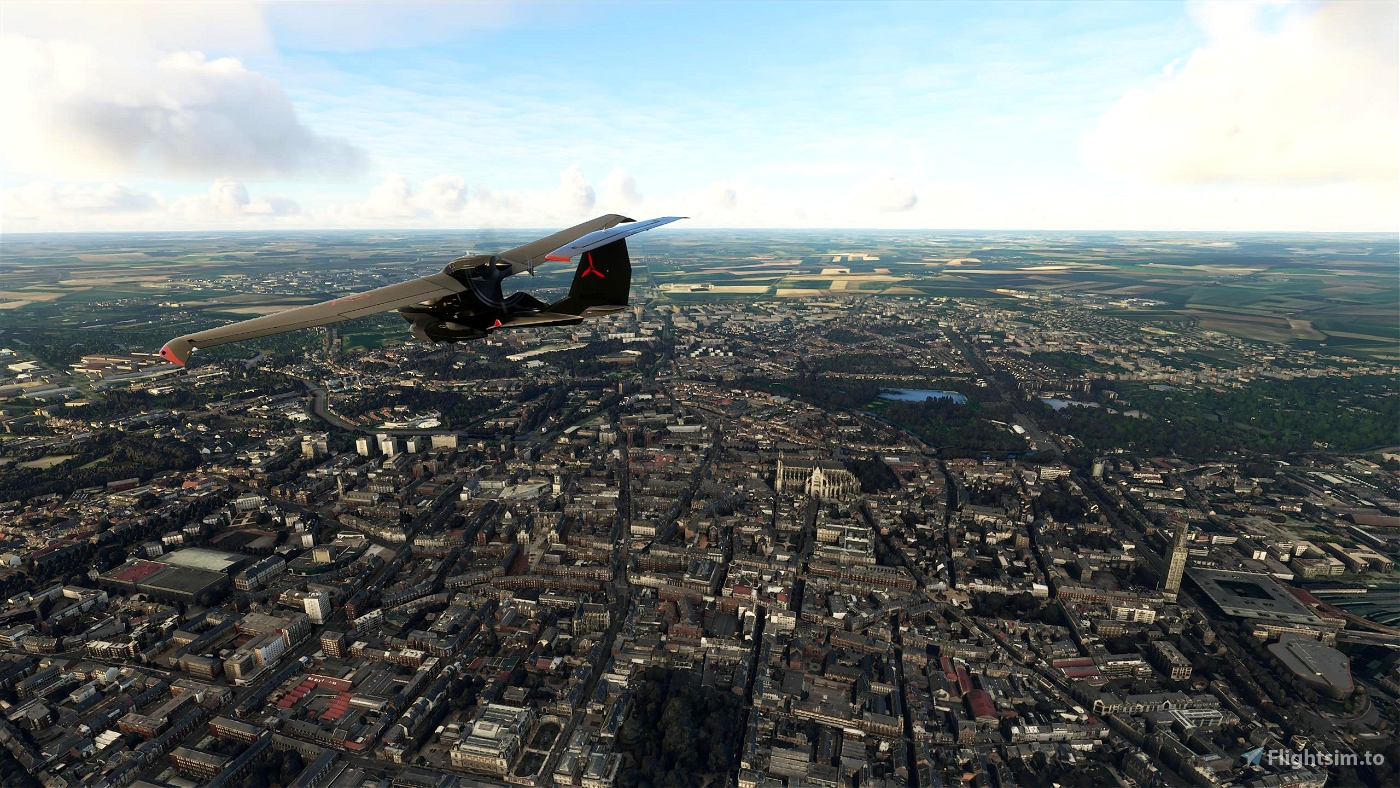 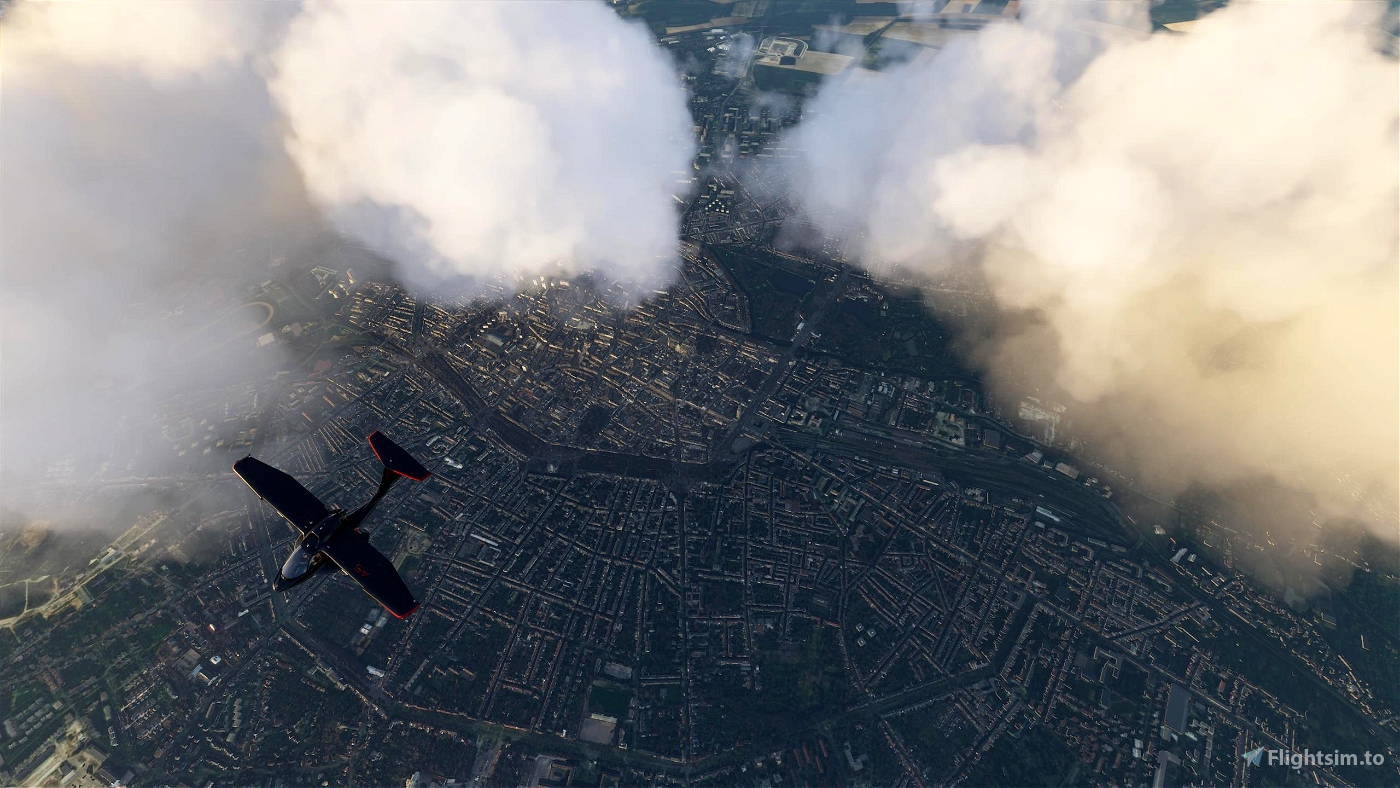 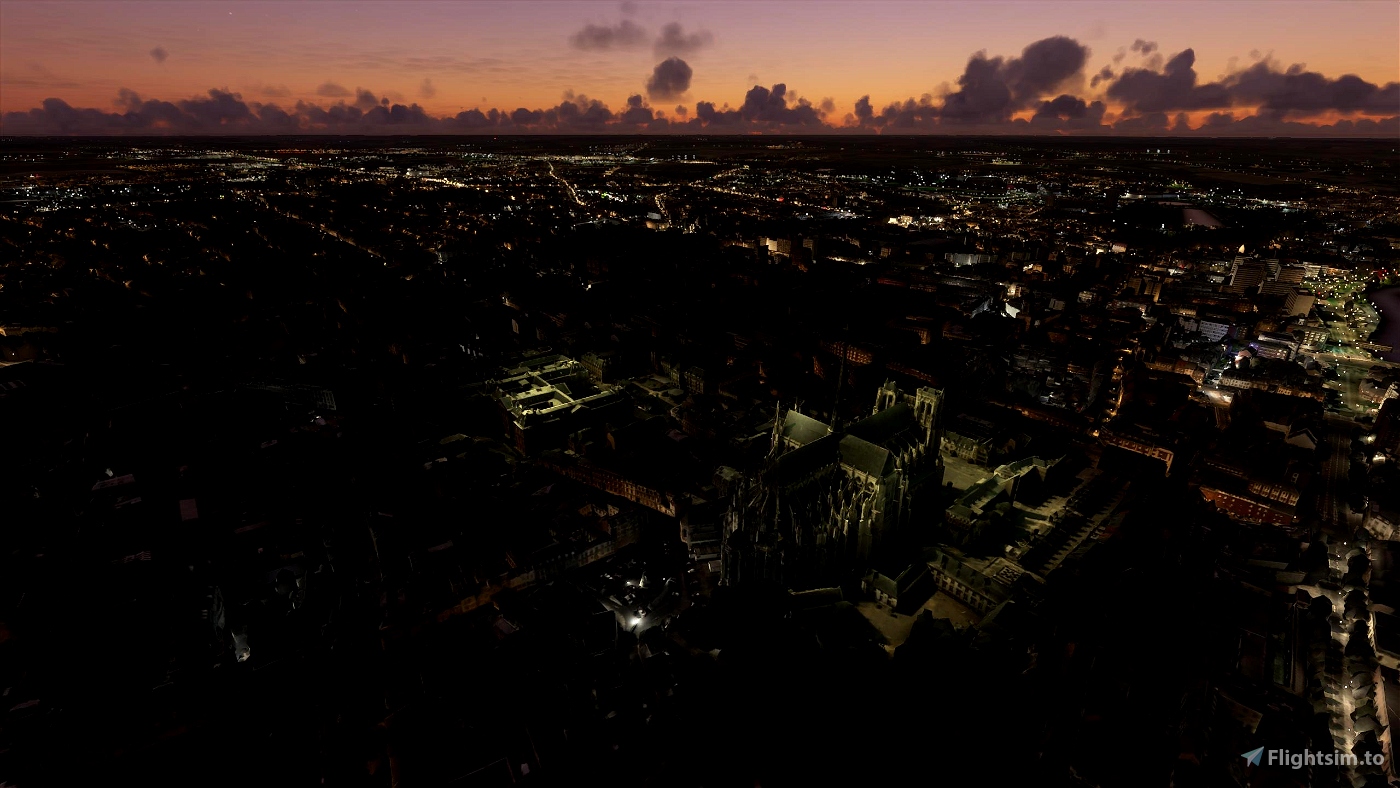 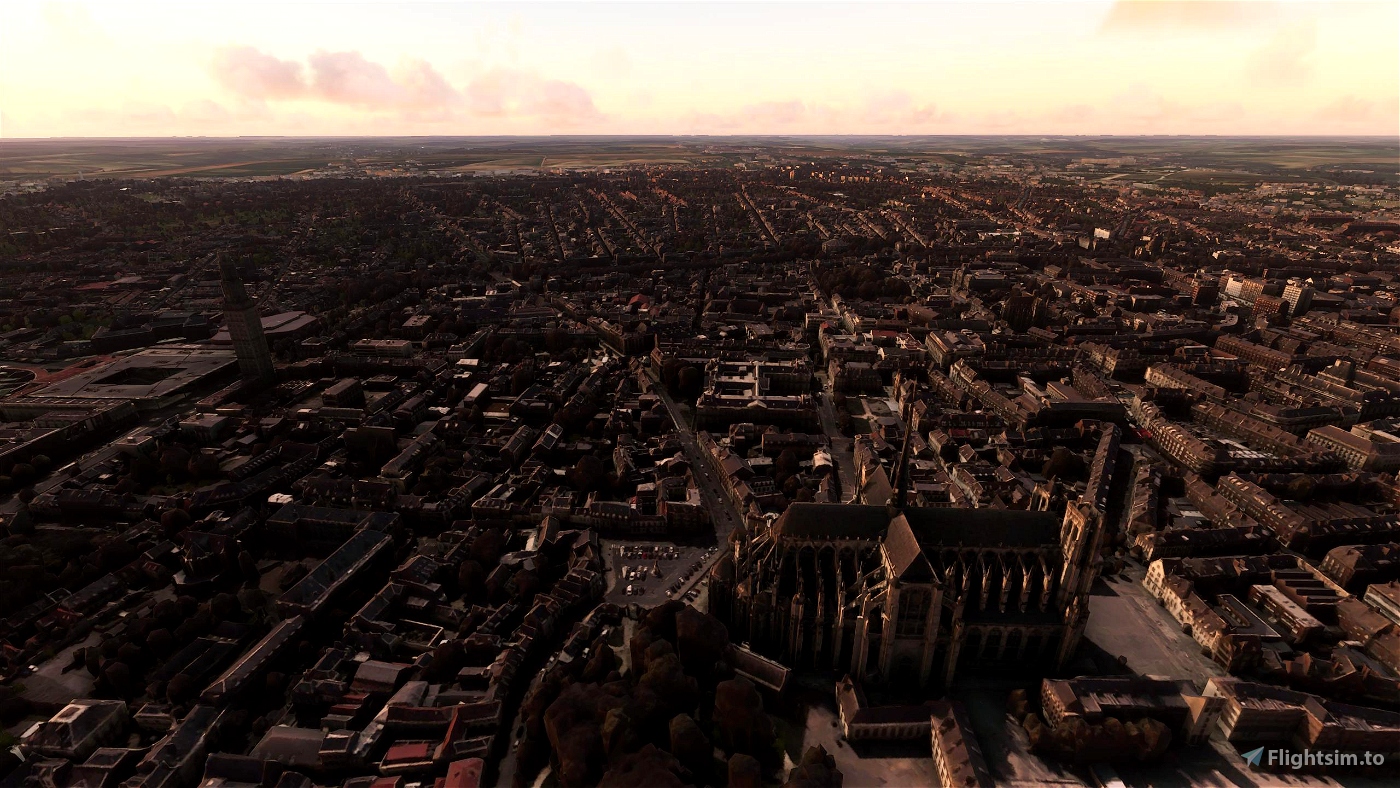 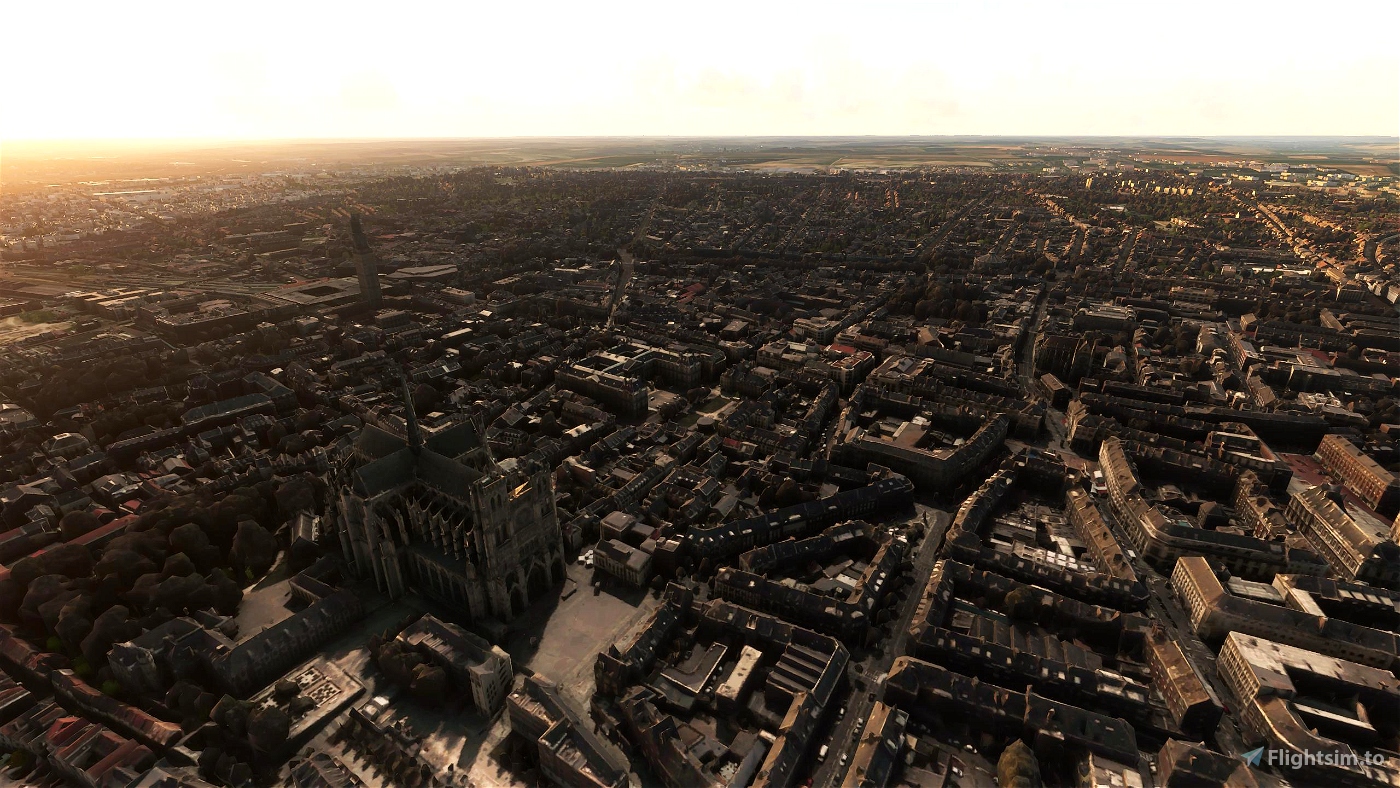 Amiens is a city and commune in northern France, 120 km (75 mi) north of Paris and 100 km (62 mi) south-west of Lille. It is the capital of the Somme department in Hauts-de-France. The city had a population of 136,105 according to the 2006 census, and has one of the biggest university hospitals in France with a capacity of 1,200 beds. Amiens Cathedral is the largest church in France by volume, estimated at 200,000 cubic metres (260,000 cu yd). It is also a World Heritage Site. The author Jules Verne lived in Amiens from 1871 until his death in 1905, and served on the city council for 15 years.

The town was fought over during both World Wars, suffering significant damage, and was repeatedly occupied by both sides. The 1918 Battle of Amiens was the opening phase of the Hundred Days Offensive which directly led to the Armistice with Germany. The Royal Air Force heavily bombed the town during the Second World War. In the aftermath the city was rebuilt according to Pierre Dufau's plans with wider streets to ease traffic congestion. These newer structures were primarily built of brick, concrete and white stone with slate roofs. The architect Auguste Perret designed the Gare d'Amiens train station and nearby Tour Perret.

Amiens has an important historical and cultural heritage, on which a significant amount of tourism is based. Apart from the cathedral, there is the hortillonnages [fr], the Jules Verne House [fr], the Tour Perret, the Musée de Picardie, the zoo, and the quarters of Saint-Leu and Saint-Maurice. A total of 53 monuments are listed in the inventory of monuments historiques, 126 places and monuments listed in the general inventory of cultural heritage and 263 objects listed in the inventory of monuments historiques. During December, the town hosts the largest Christmas market in northern France. It is known for a few local foods, including "macarons d'Amiens", almond paste biscuits; "tuiles amienoises", chocolate and orange curved biscuits; "pâté de canard d'Amiens", duck pâté in pastry; "la ficelle Picarde", an oven-baked cheese-topped crêpe; and "flamiche aux poireaux", a puff pastry tart made with leeks and cream.

- Fix a big issue with the LOD management system, due to the way Google Earth Decoder places and sizes the tiles. Now, there should not be any FPS issues, and framerate should be better and more consistent

Great addition, and good perfs as well above 45fps, you need to find the best altitude to enjoy the phtogrammetry in its full Glory depending on It's precision level.

1 year(s) ago
Do you think it is possible to extend the area including the building in the LFAY airport ? The original MSF is a crap. The 3d google coverage includes the buildings....
Thanks in advance !
0
0
Reply

1 year(s) ago
@Thalixte Could you make the chateaux of the oise (Haut de France) ? Chantilly , Pierrefond , Compiègne, Ermenonville see more

Thank you in advance 😊


I would like to add Chantilly and Pierrefonds castles. Unfortunately, there are no photogrammetry data for those locations.

I found on Google Earth the photogrametry of the castle of Compiegne, Pierrefonds and Chantilly.

1 year(s) ago
Excellent!! The few French cities that you have done are just bluffing !! Thank you!! Guess it must take a long time !? How do you do the nights lights and textures ?? I live in Reims and I would really like it to be correctly represented in Flight Simulator! If you have the time could you make it? Once again, well done! Excellent job!
0
0
Reply