When new versions, patches or updates are released for Microsoft Flight Simulator, it can happen that add-ons, such as sceneries or liveries, no longer work properly. In the past, it often happened that a sim update made add-ons no longer enjoyable, for example, because Asobo or Microsoft changed something related to how mods and add-ons work. We have therefore introduced a compatibility indicator which is displayed below a file's title, showing whether the add-on is expected to be still working with the latest sim update.

When is an add-on considered compatible?

How can I manually set my file to compatible?

Navige to My Uploads and choose the file you want to modify. A bit further down below the description field and search keyword field you will find the compatibility field. Click on it to select the compatibility for the respective versions and save your changes afterwards. 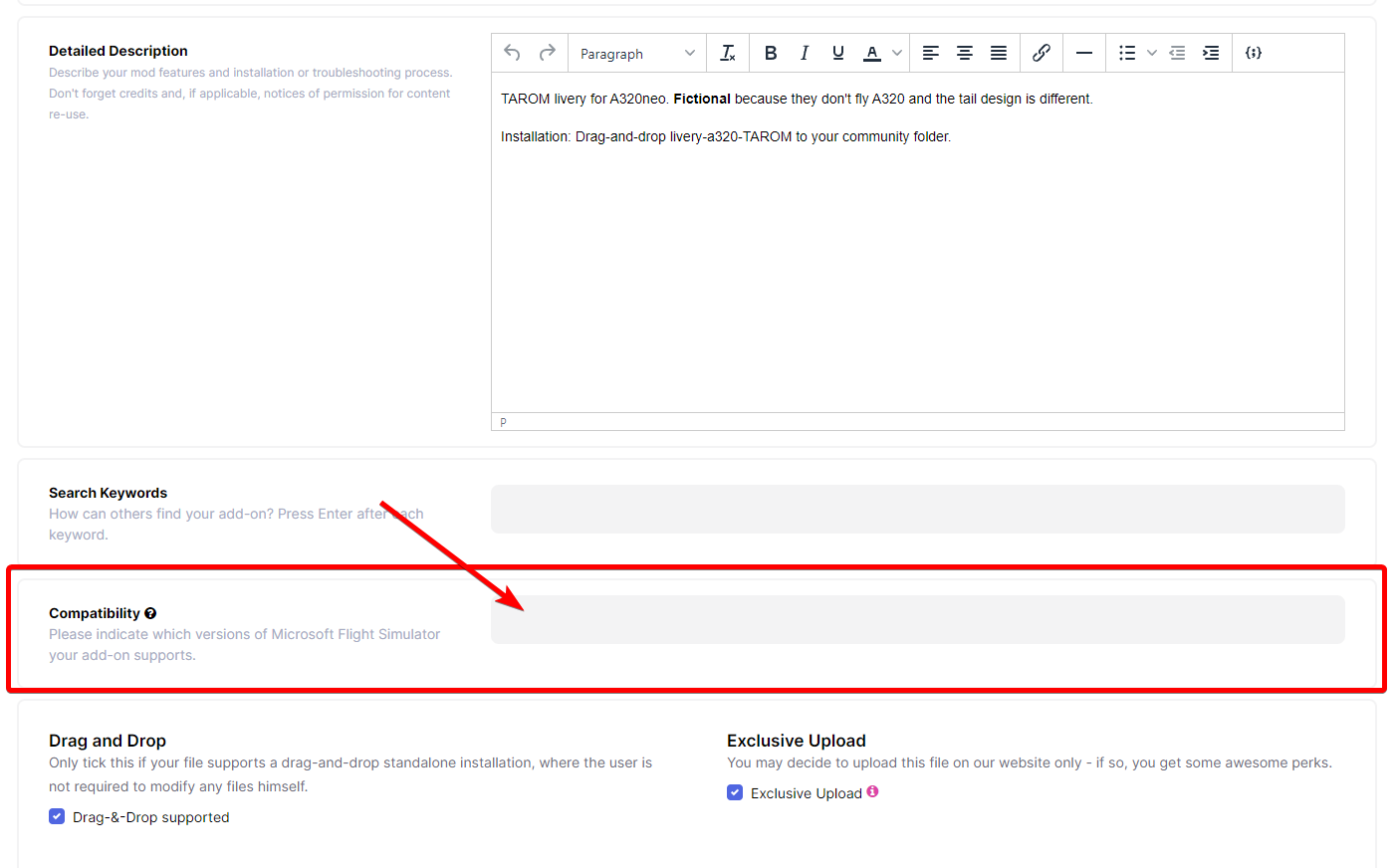 For more information about the compatibility status of an add-on, click on the status banner to expand the history. 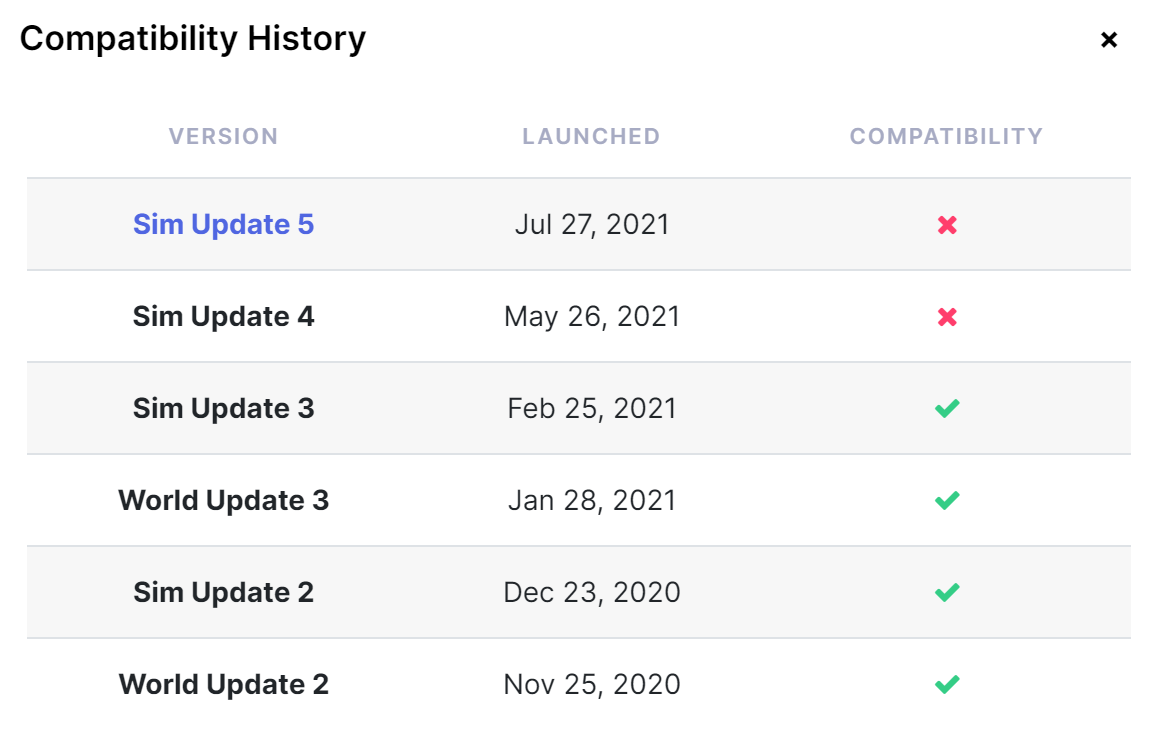 The compatibility status is just additional information for users and it has no other effects or consequences. The above procedure applies every time a new game update has been launched by Microsoft or Asobo.