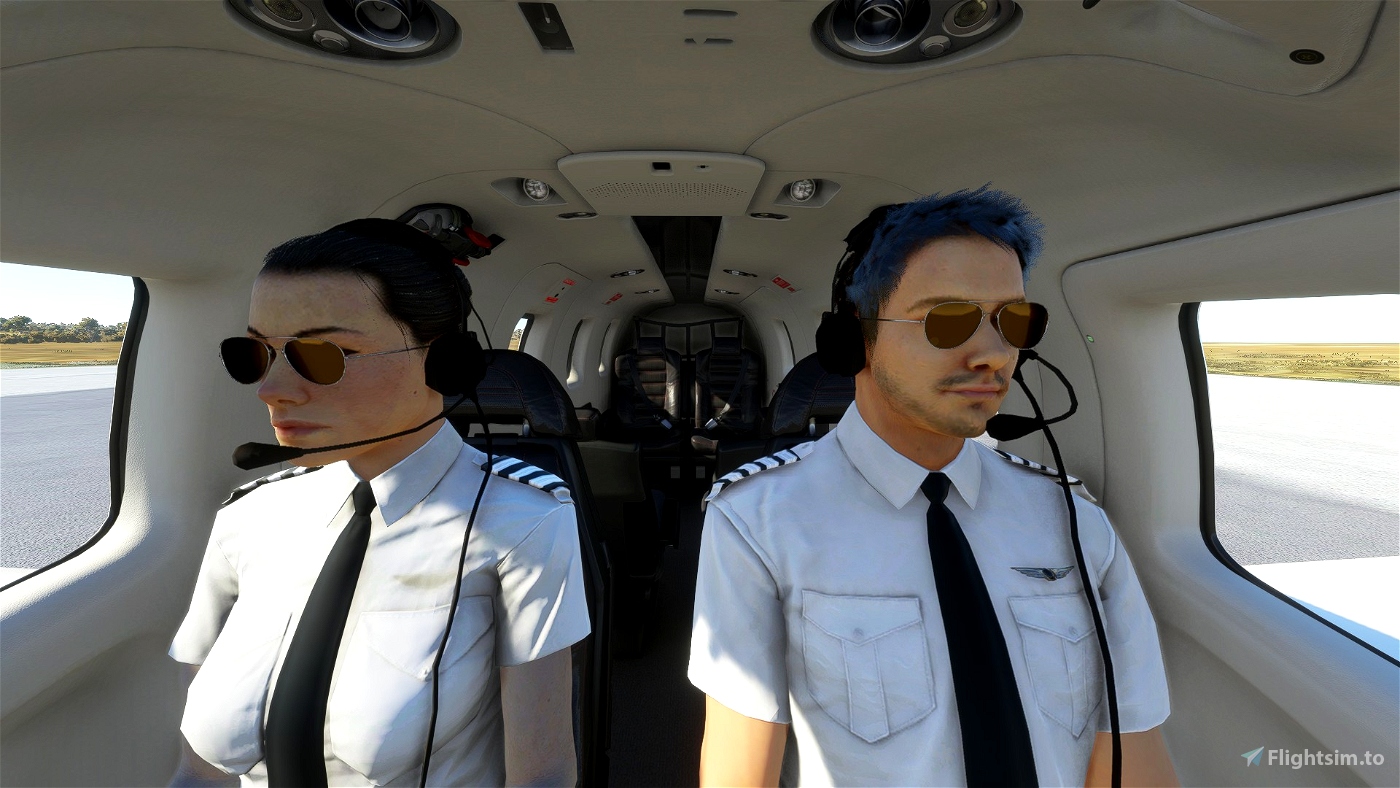 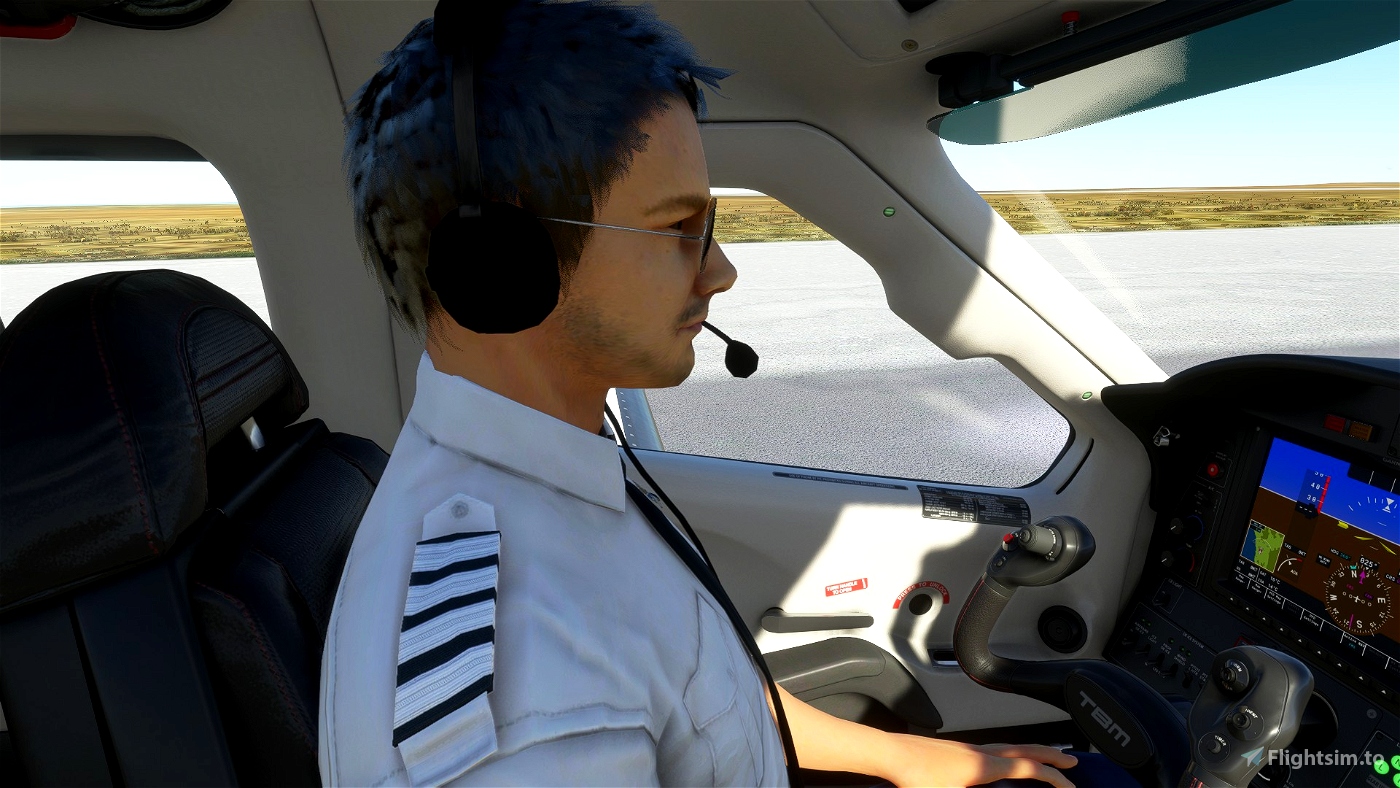 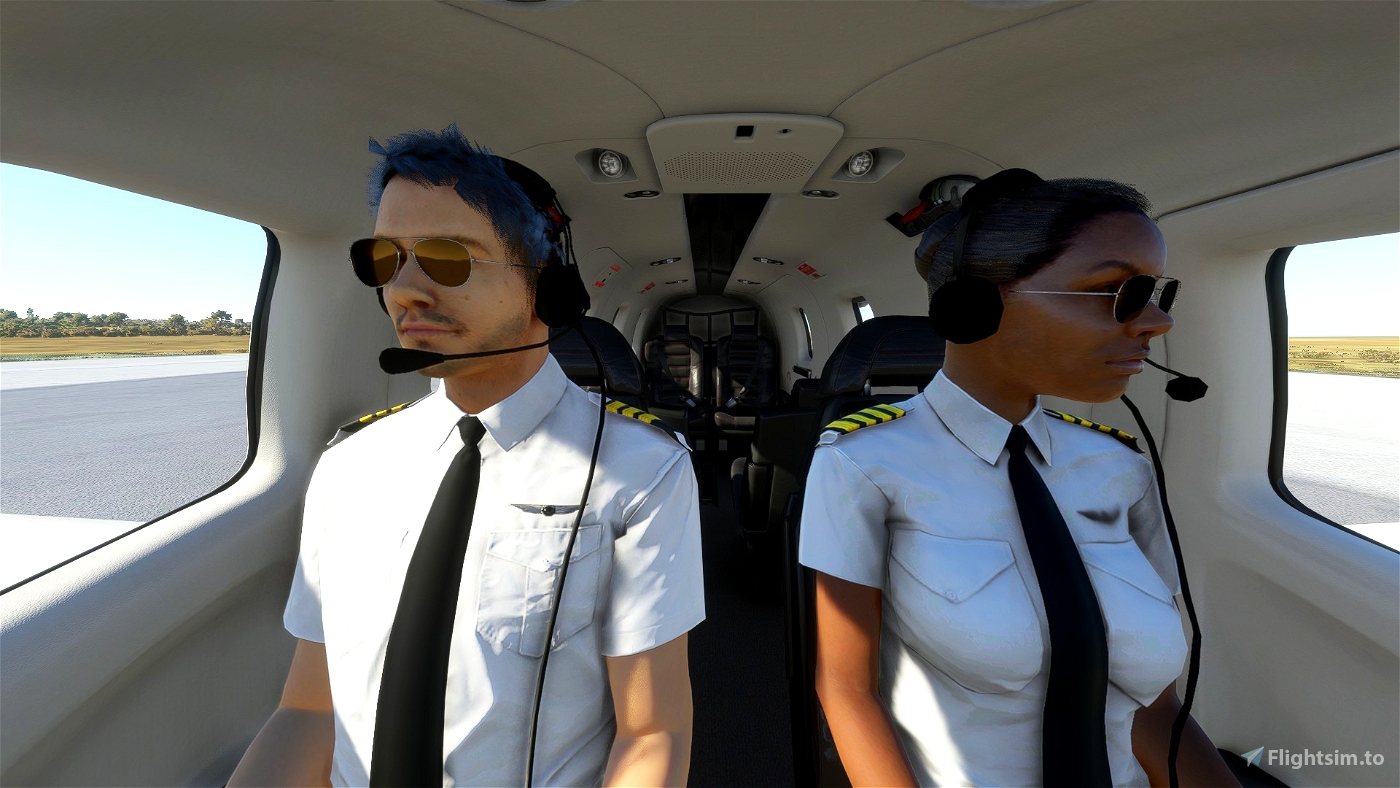 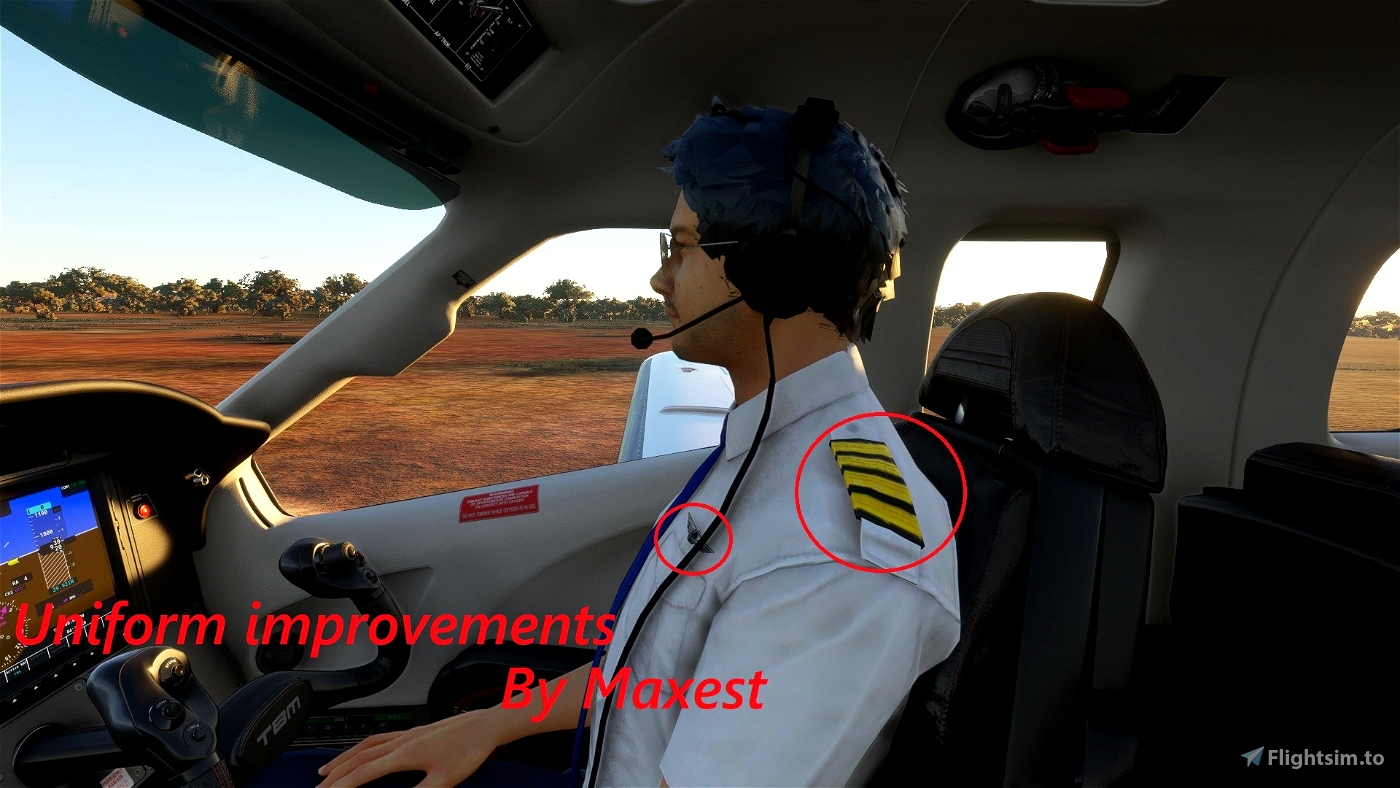 With the co-pilot mod you'll have a more time to notice some details about the pilot's uniform. Personally, one of the things that kinda bothered me was the cartoonish look of the pilot stripes. I decided to take this matter into my own hands.. using only MS Paint and an online version of Photoshop. I know that my skills are pretty limited, and there are still some limitations. Because of that the stripes still looks pretty pixelated, but at least a bit more realistic than before.

I am planning to make additional packages with custom airline uniforms featuring custom pilot wings, tie and correct color of stripes for each specific airline! Check my profile to discover some more.

Added 8K uniforms with the silver stripes option (the golden stripes are still there) and black ties by default (the majority of uniforms have black ties instead of blue).
For now the female pilot stripes will get slightly twisted when zooming out, and go back to normal when zooming in - this is a vanila LOD issue and it should not prevent your experience.
If you still want to have blue ties hit me up - and I'll get a new version just for you! In case someone will experience any significant perfomance issues (which I did not notice with my GTX980) I provide the uniforms of 1.1 release. No changes has been made to them

Added female-co pilot option based on the default texture. I am sorry, but for some reason it's seems to be impossible to aplly better textures for the female pilot uniform. When I tried to retexture it - the quality didn't change at all - and even got kinda worse. Even the female pilot LOD messing witht the stripes by default when you zoom out. So, there will be only co-pilot option without any futher retexturing.

-Pilot stripes retextured with a bit more realistic textures. I am sorry, but they are still kinda pixelated due to the limitations and PNG to DDS conversion issues.

-added additional variant with the 3 stripes (co-pilot aka first officer). Because the male shirt textures are the same for the both male pilot and the co-pilot you will have to decide which one of the textures you want to use. So, if you want to have both the captain with 4-stripes and a first officer with 3-stripes for a more realistic effect you'll have to chose captain/co-pilot of a different gender or outfit. In my opinion that looks even more realistic - unleast your aicraft is operated by two twin brothers. ;)

I was considering to change the tie color from blue to black - as the most pilots' unifroms have a black tie, but I thought it will look way too dull with the black headphone wires. And after all my skills are pretty limited.

Locate the directory of your Asobo and the core MSFS files (In my case D:/Steam/steamapps/common/Chucky/PackagesPath/Official/Steam/).  and paste the texture you want into "asobo-simobjects-characters\SimObjects\Humans\texture" folder. To unistall simply replace the modified texture with the one from "original texture" folder.

The best thing about this mod - is that you don't need to restart in order to make it work - simply select a new airplane and it should be done.

I spent many hours modifying those textures, please don't modify them without my approval and don't reupload this file elswhere.

Layout.json files for the co-pilot mod

Maxest replied Author
February 24, 2021
Reply
That's the default LOD issue. Each avatar has 2 LODs in the cockpit view, and when you zoom out they mess with female pilot stripes either way, no matter if you use any uniform mod or not. As I am not experienced with LODs I will ask Mugz if he can increase the draw distance, so the textures will stay fine.
BillD22 replied
February 24, 2021
Reply
Thanks for your work - its a great mod - I was "just sayin' "
Maxest replied Author
February 24, 2021
Reply
Yeah I know, don't worry. :) I was also annoyed about this issue. By default the female avatar is corrupted. Not only LODs are breaking textures but even the pilot wings are missing for some reasons.

© Maxest - All rights reserved. Any reupload or redistribution of this file without the author's prior written consent is forbidden.
This Flight Simulator 2020 Mod was created by Maxest and shared in Paint Jobs » Cockpit Additions for Microsoft Flight Simulator.