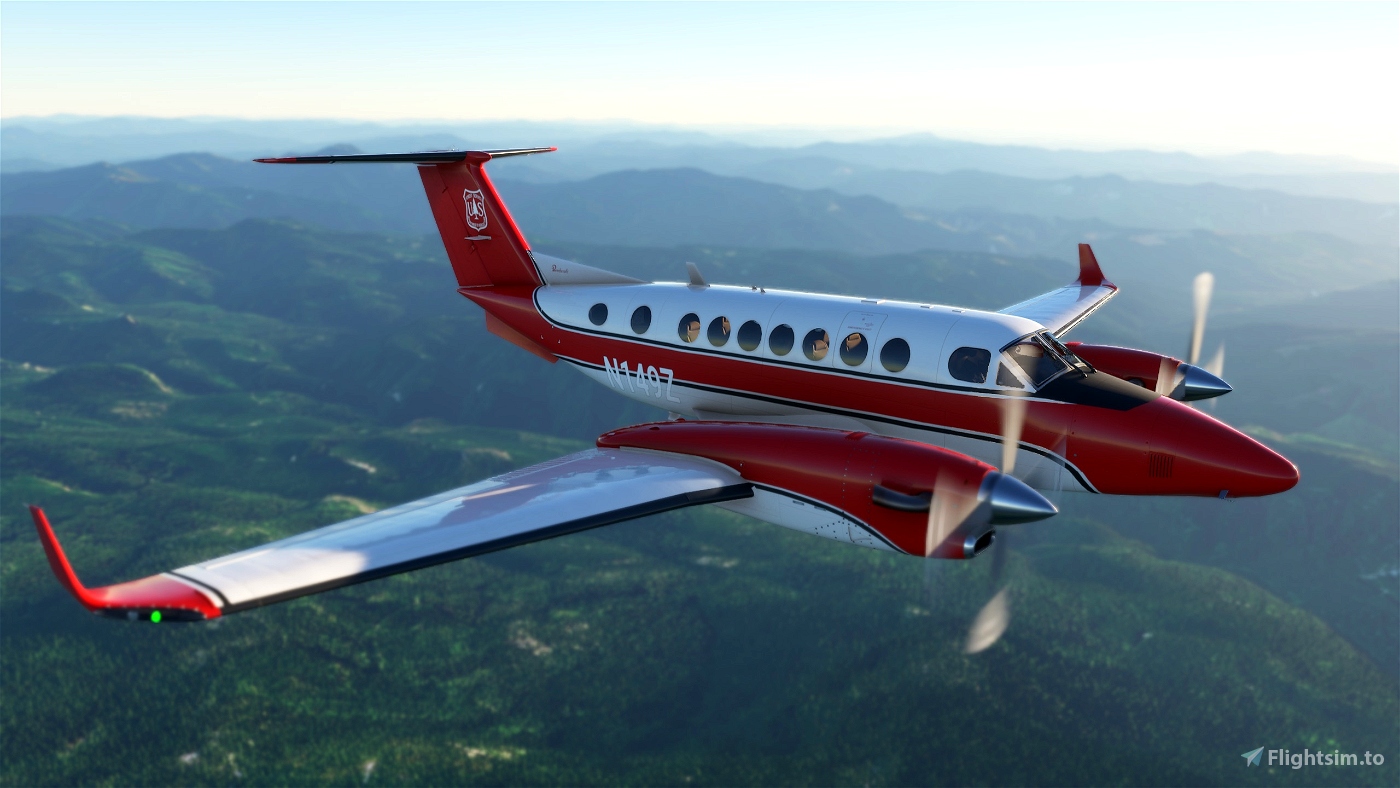 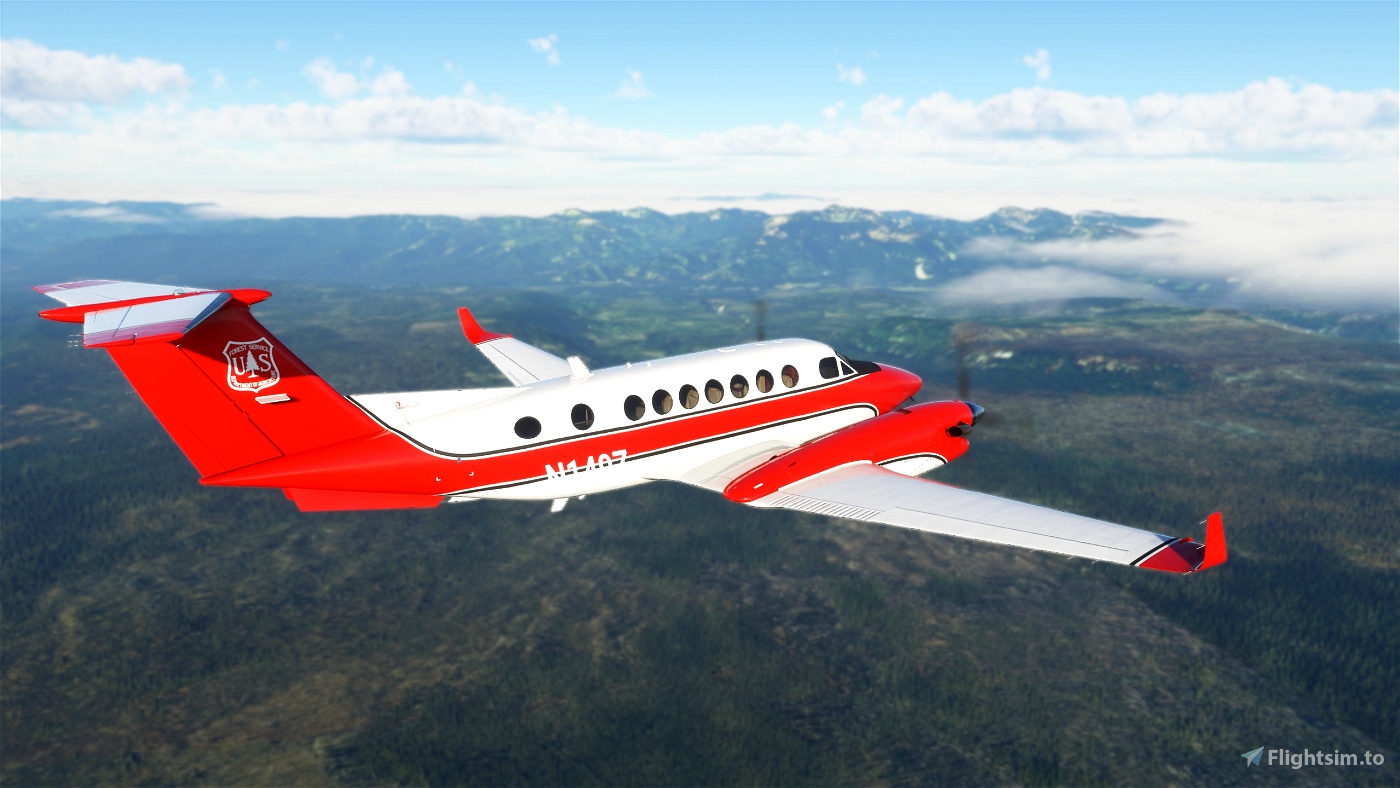 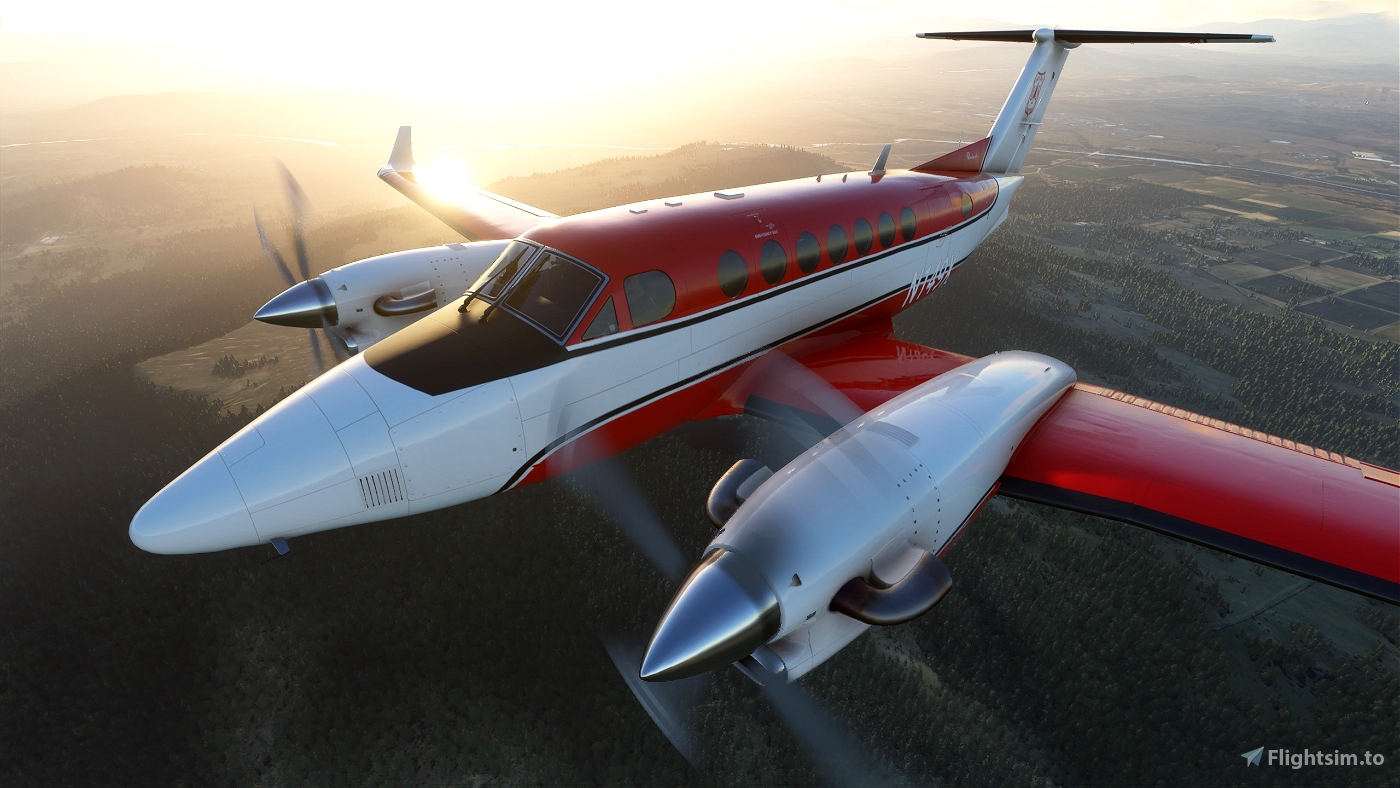 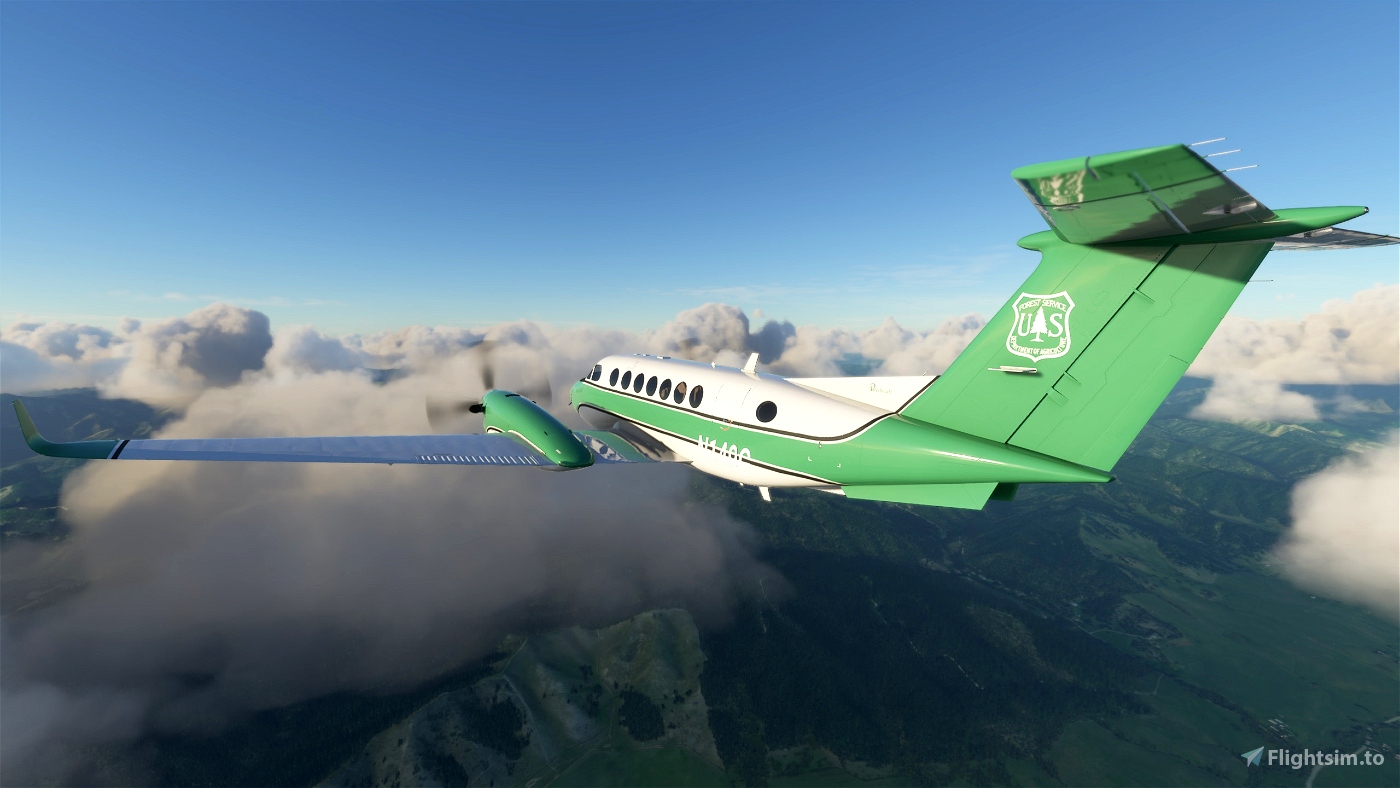 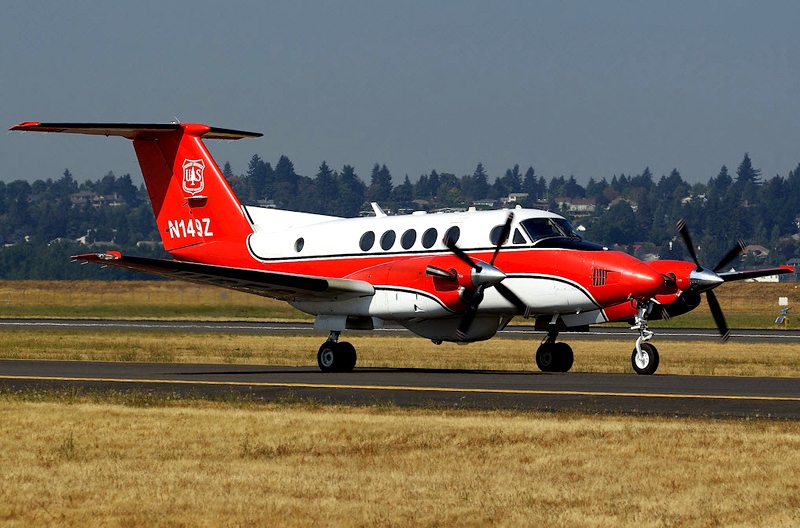 The US Forest Service uses infrared line-scanning aircraft to detect and map forest fires. King Air N149Z is one of the two fixed-wing aircraft that fulfil this role in the western United States. During the current 2020 fire season, the aircraft and its crew have been busy flying missions almost every day. The flightaware tracker shows recent heavy activity between Ogden, Utah and points in Oregon, Idaho, and Colorado. The aircraft even has its own twitter account that is used to announce the availability of new infrared imagery as it's acquired, so that emergency response personnel can quickly get the data they need to evaluate fire events as they're happening.

The final photo in this posting shows the actual N149Z on the taxiway.

My take on the livery aims to be as true-to-life as possible. The actual N149Z is a Beechcraft Super King Air 200, a slightly older model than the 350i featured in Flight Simulator. For ATC, I felt is was important to keep the authentic tail number in-game, though its position is different. Due to a bug in Flight Simulator, the tail number color cannot be changed.

Included in the pack are two alternate color schemes based on the same livery. A reversed version, white-on-red. And a version in the Forest Service green color traditionally used for the ground vehicle fleet.

All liveries have been created from scratch using 4k textures, an improvement over the standard liveries. This is my first livery, and I'm proud to have put out my very best work right out of the gate. I've even added a small badge to the front nose gear: my personal quality guarantee.

I hope you enjoy flying with these liveries as much as I've enjoyed making them.

A very large, unsliced pizza on a roof in Albuquerque