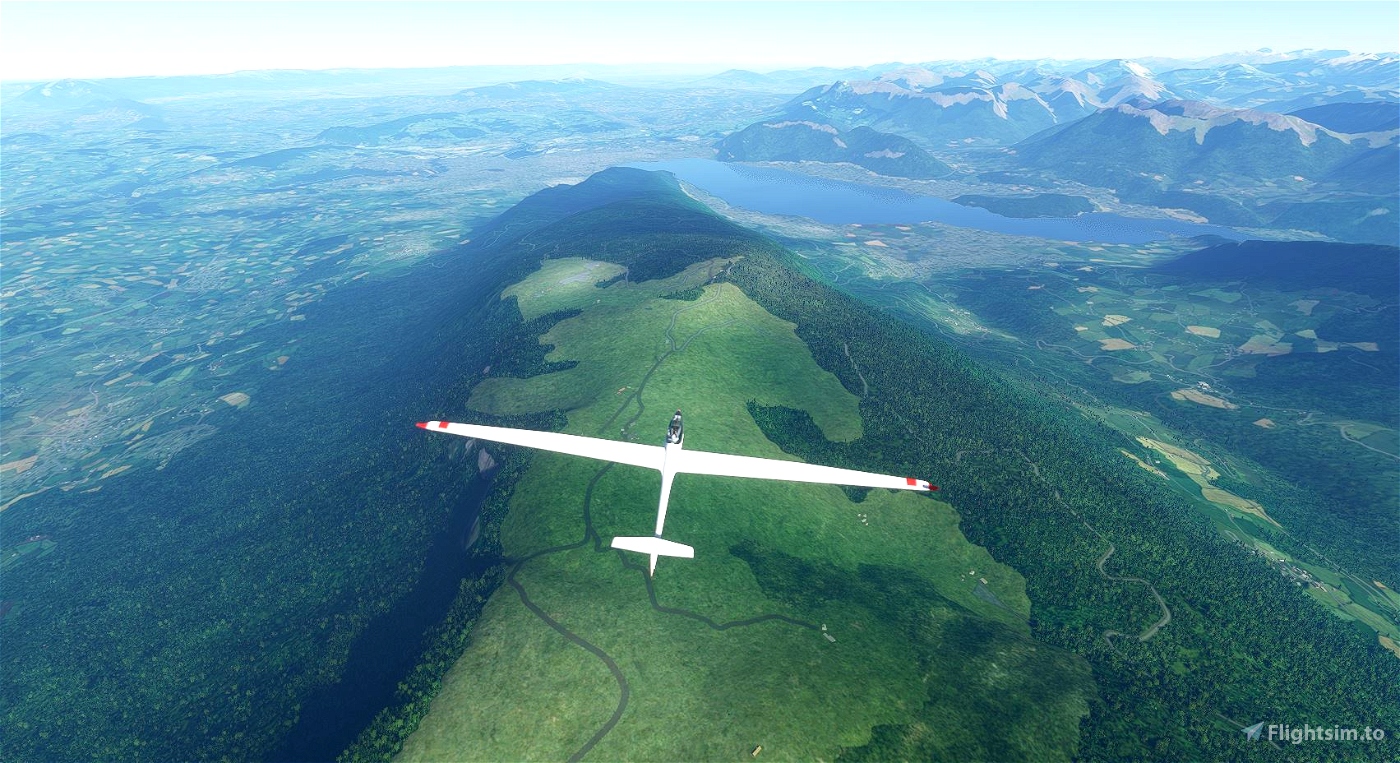 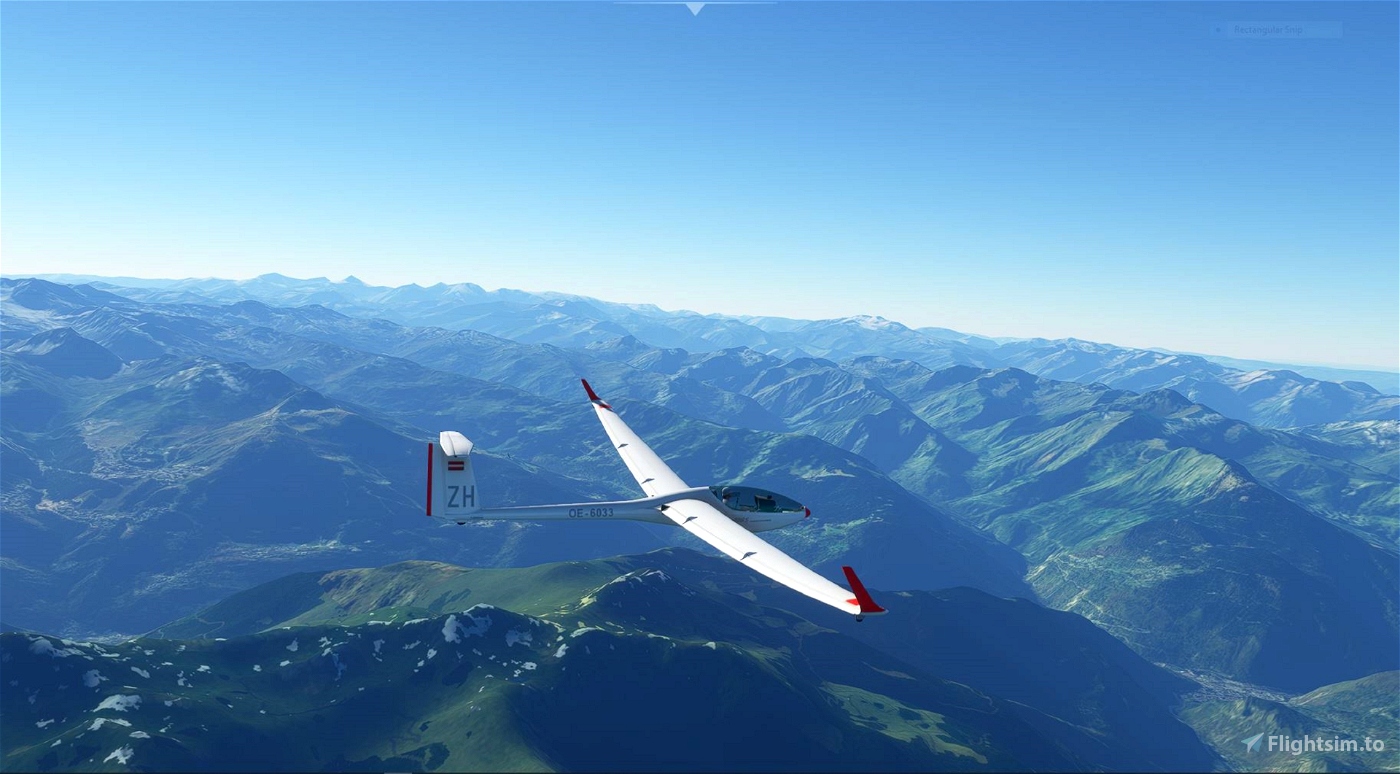 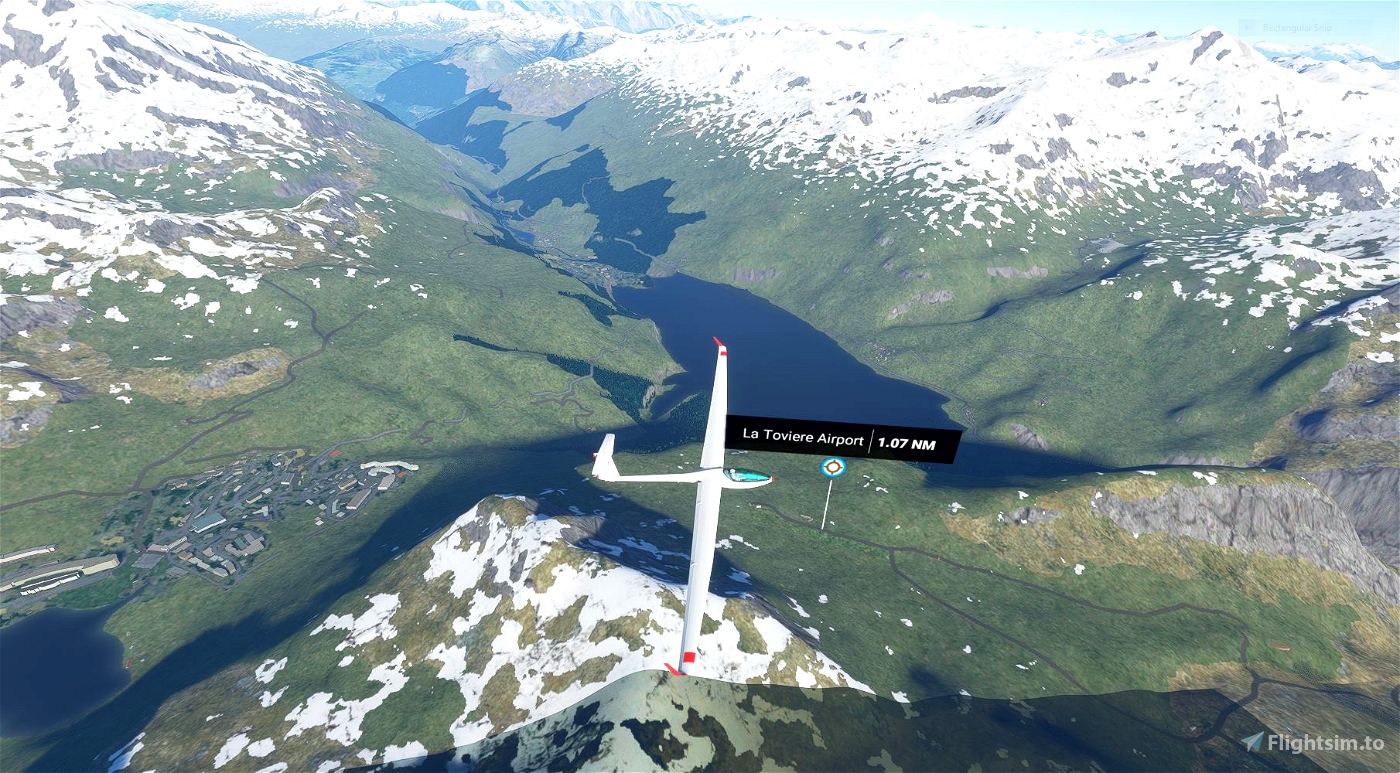 
With recent developements in both MSFS and the soaring community at large, as well as enthusiastic third party developers, it is now nearly possible to create a soaring task within MSFS. This is my humble attemt at doing so with the current technology known at this moment in time. Here we will be soaring the scenic French Alps very near Mount Blanc,
The scenery is breathtaking and the flying a challenge to see if you can land at a small alpine airstrip high in the mountains.I have to thank first of all f99mlu creator of BushMissionGen for his help in assisting me with getting some specific coding to allow some very unique features with the Bush Gen app.There are lots of cool features I was able to add, such as TTS (text to voice) alerts and hints as you fly through way points and other areas. There is also an altitude limit to level the flying field for all pilots so no one has an unfair advantage. You will be warned if you exceed this limit, and disqualified if you continue higher.
You will need the Touching Cloud DG808s and Kinetic assistant to fly this task available at: https://msfs.touching.cloud/ Install the sailplane per the instructions and install the stand alone Kinetic assistant, which includes several utilities, but we will only be using the Winch app for this task.
It is also very useful if you use Little Nav Map for navigation, but it is not required. plan files are included.

RHB replied Author
February 21, 2021
Reply
Yes, there is a bug in the bush missions that does this sometimes when you terminate the mission without completing a leg. Try deleting the save folder item related to the mission title, that should fix it.
C:\Users\username\AppData\Local\Packages\Microsoft.FlightSimulator_8wekyb3d8bbwe\LocalState\MISSIONS\ACTIVITIES
RHB replied Author
January 30, 2021
Reply
Thanks so much for the feedback. Yes I never gave VR any consideration as of now, there are enough snags in the bush trip already, but That's another reason to include the Flight plan so VR guys can try the flight without entering the Bush trip mode.
Yes you can use the "engine" but I wanted to go for as much realism as possible so did not mention it, the temptation to fly around with the jet engine would really spoil the idea. But I will put a note in future readme files to give guys that info if they so choose.
I'm really trying to promote proper soaring as much as possible, thanks again for the tips.
I left the rest of the mission rather open and now realize many would find it difficult to find their way, It is not easy. I did include some "easter egg" geo tagged voice messages in the mission so if you take a certain path you will get some hints. The next mission I did is more directly following the flight plan. https://flightsim.to/file/6883/courchevel-soaring-task-with-built-in-landing-challenge
I m working on another using Kinetic assistant thermals for a more immersive soaring experience. It will emulate a real world soaring task as best we can in MSFS bush trips.
sonicviz replied
January 30, 2021
Reply
I don't think making it mandatory with a third party app is a good idea, it should be optional. It's a pita having to fire up a bunch of extra apps on top of MSFS just to get things done, and they do it half assed anyway.

LittleNavMap is the exception there.
RHB replied Author
January 30, 2021
Reply
all apps are optional, you can just fly using the Bush mission map if you want, no problem
Tom1957 replied
February 02, 2021
Reply
I wanted to fly this bush mission with the Discus glider. I had Kinetic Assistent active for the winch. But the mission would not start because, so it said "some content was not downloaded".
RHB replied Author
February 02, 2021
Reply
you can't change gliders in a mission unless your just using the flight plan in the sim. Besides I've tried with the Discus, It doesn't respond to slope lift very well you would have a difficult time with it. I could barely get to the first turn point with it, it needs a lot of improvements. You could try modifying the Bush mission Generator file if you know how to do that.

© RHB - All rights reserved. Any reupload or redistribution of this file without the author's prior written consent is forbidden.
This Flight Simulator 2020 Mod was created by RHB and shared in Third Party » Bush Trips for Microsoft Flight Simulator.