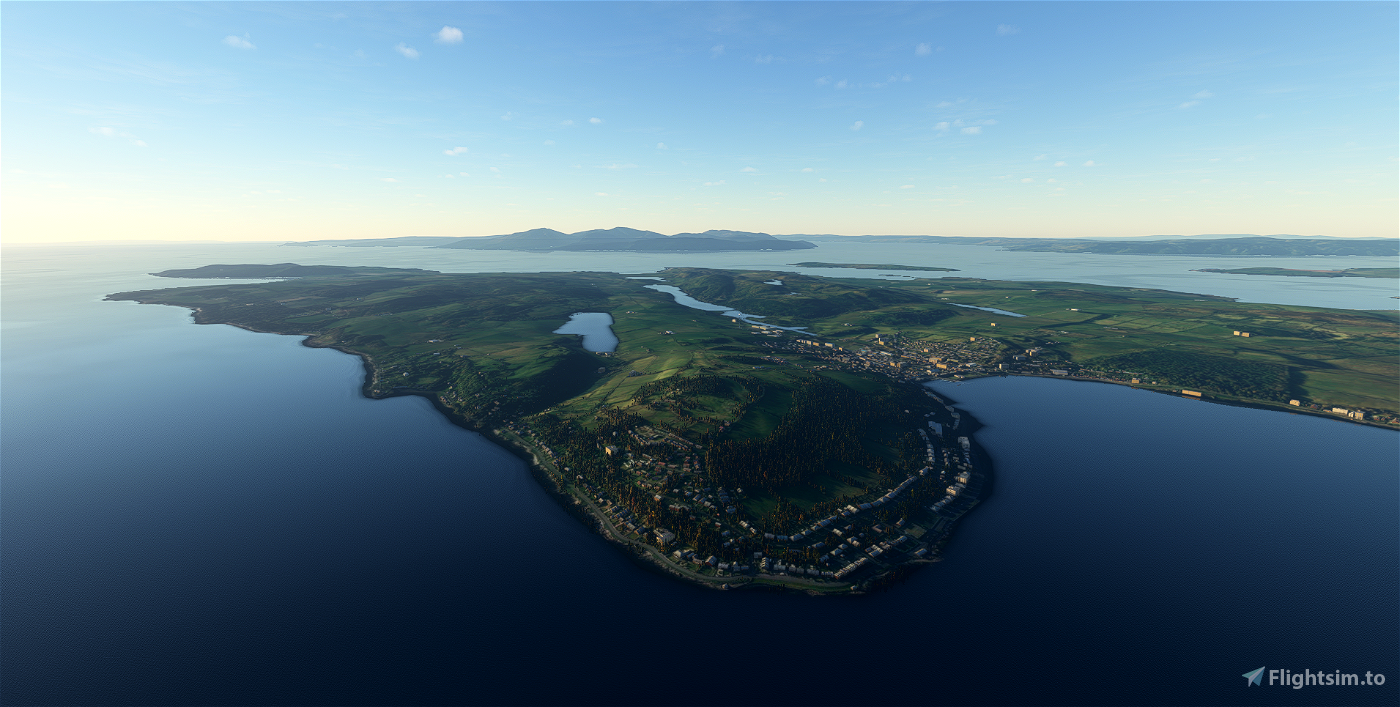 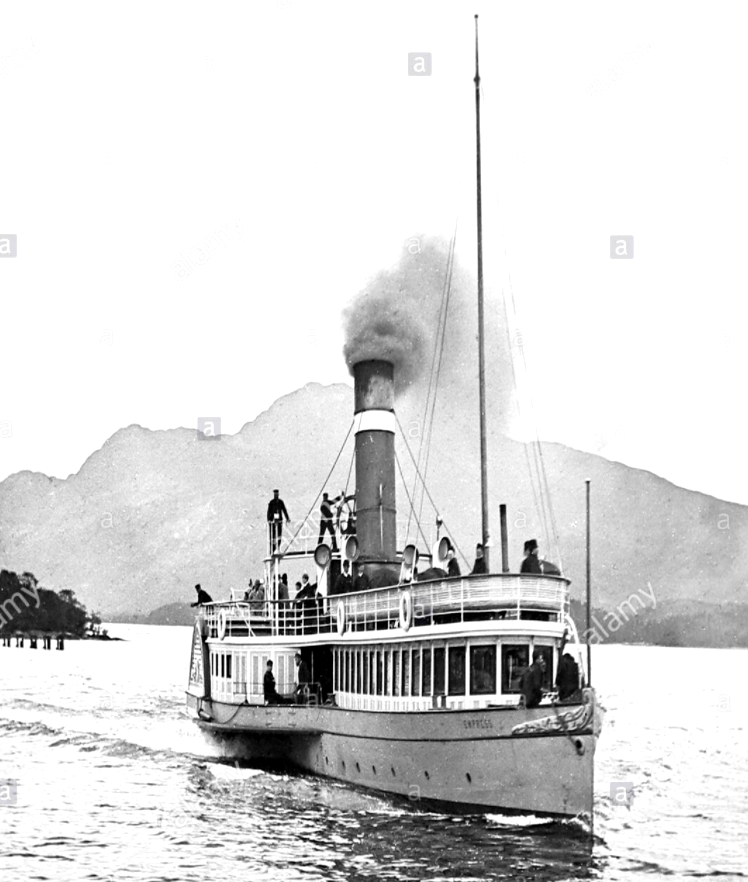 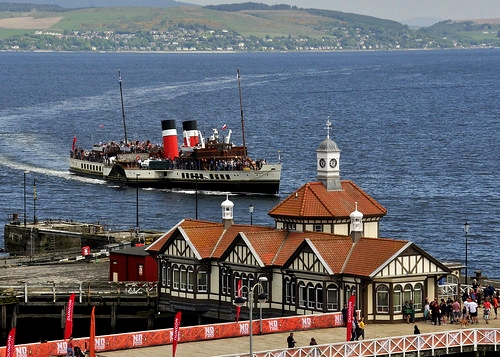 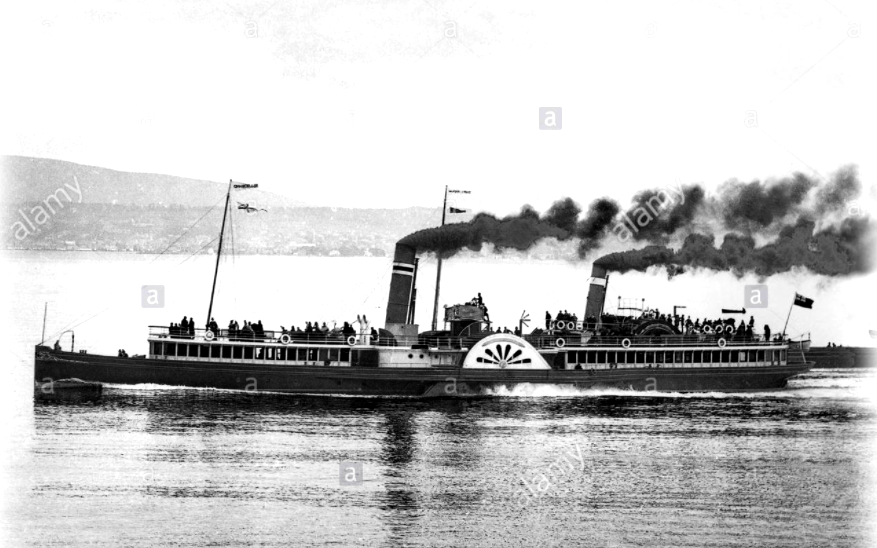 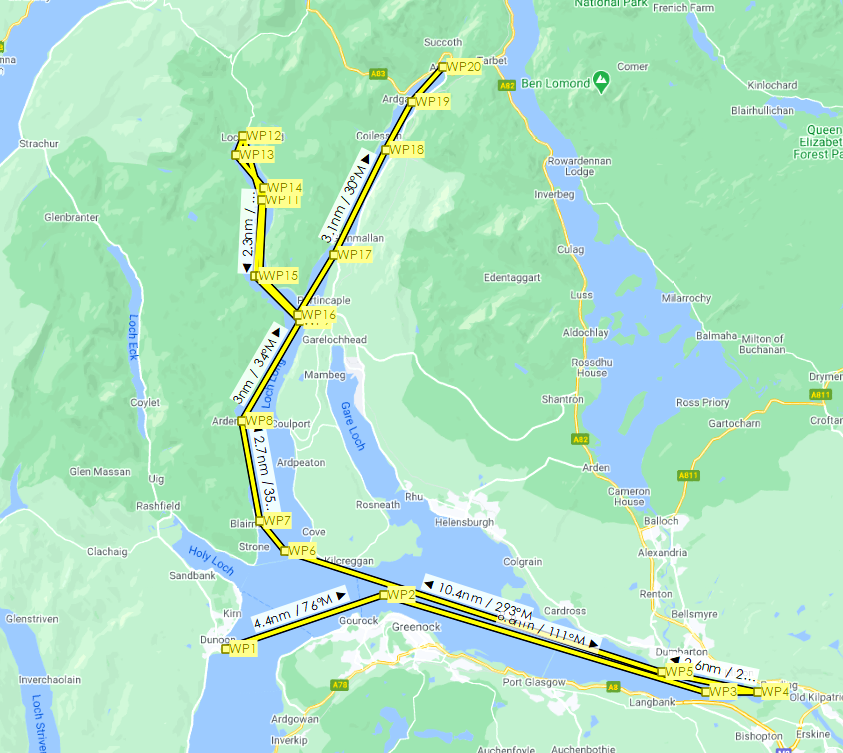 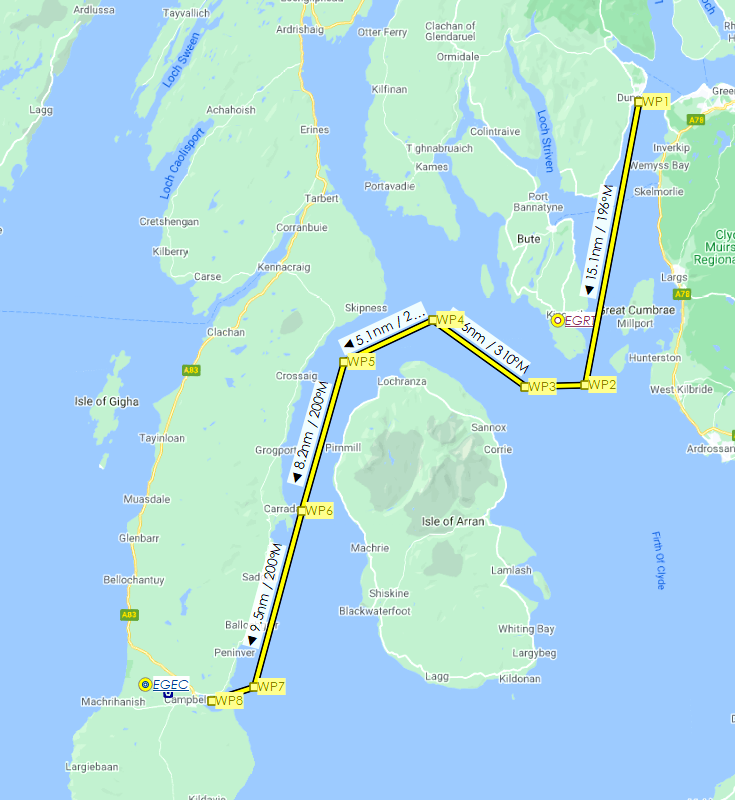 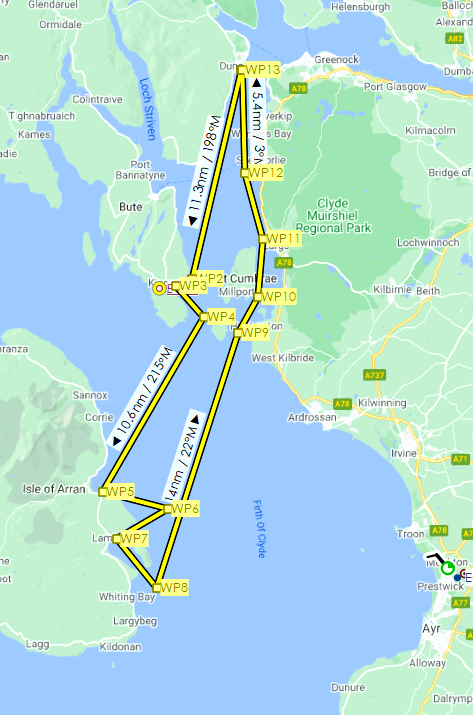 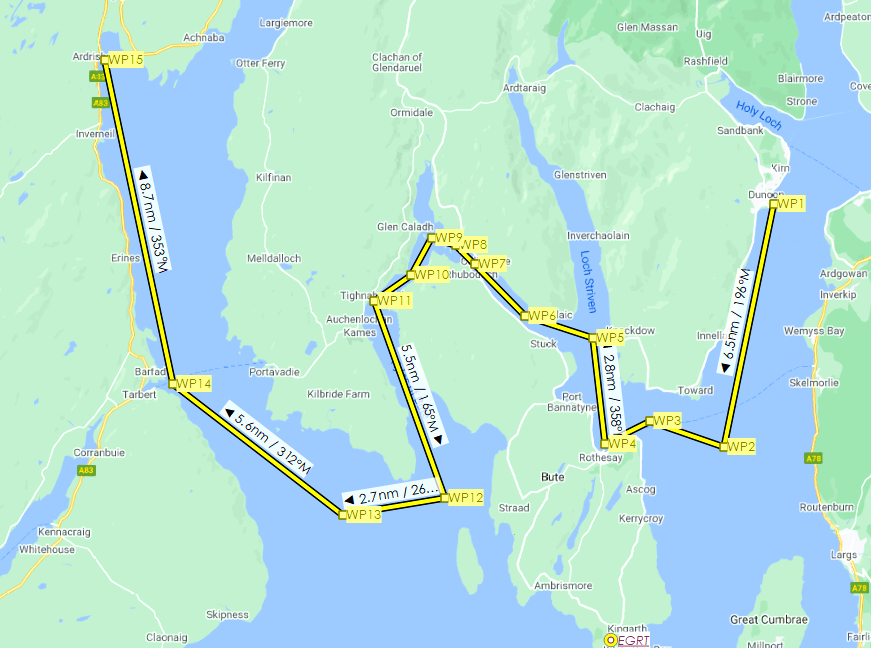 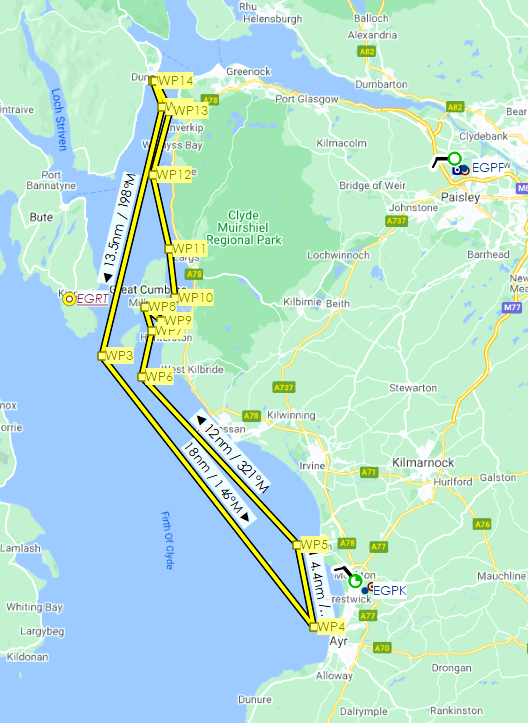 Recreating five 19th-century paddle steamer routes around Argyll and Bute in western Scotland. I tried to keep the routes to an average of around 50 miles, so to extend a short route I return us to Dunoon.

Mentions of stop below just denote that’s where the ferry berthed on their journeys.

The files are only in Little Navmap (.lnmpln) format: since there are no departure or destination airports to select, the sim doesn’t load the .pln files correctly. I will likely add the routes manually in World Map and then upload the .plns here.

We fly east, into the mouth of the River Clyde, and down to Bowling, where passengers who wanted to travel to Loch Lomond alighted to catch the train to Balloch. We head back downstream and enter Loch Long, stopping at Blairmore and Ardentinny. Turn left into Loch Goil and fly all the way to the end for a stop at the aptly named Lochgoilhead. Returning south, we turn left to fly up the northern end of Loch Long to Arrochar at its head.

We start with a 15-mile flight to the southern tip of the Isle of Bute, where we turn west above the Isle of Arran. Carradale is our first stop, then ten miles down to Campbeltown, sheltered in its inlet.

Fly 11 miles south to the Isle of Bute and the first stop at Kilchattan Bay, before continuing on to Brodick and Lamlash on the Isle of Arran. Then it’s back north to Dunoon.

Begin by flying south to the end of the Cowal peninsula, where we turn west for the first stop at Rothesay on the Isle of Bute. Then it’s north towards Loch Striven, but we bear left and make our way around the western side of Bute. After flying south along the Kyles of Bute, turn north into Loch Fyne for stops at Tarbert and Ardrishaig, on Loch Gilp.


Flying south into the Firth of Clyde, we make two stops on the Ayrshire coast, at Ayr and Troon, then back up to Millport, on the southern shores of Cumbrae, and Fairlie, near Largs, before returning to Dunoon.

newtestleper replied Author
January 22, 2021
Reply
Glad you enjoyed. It will be a niche target audience, but some of us like to at least pretend to know how it might have been!