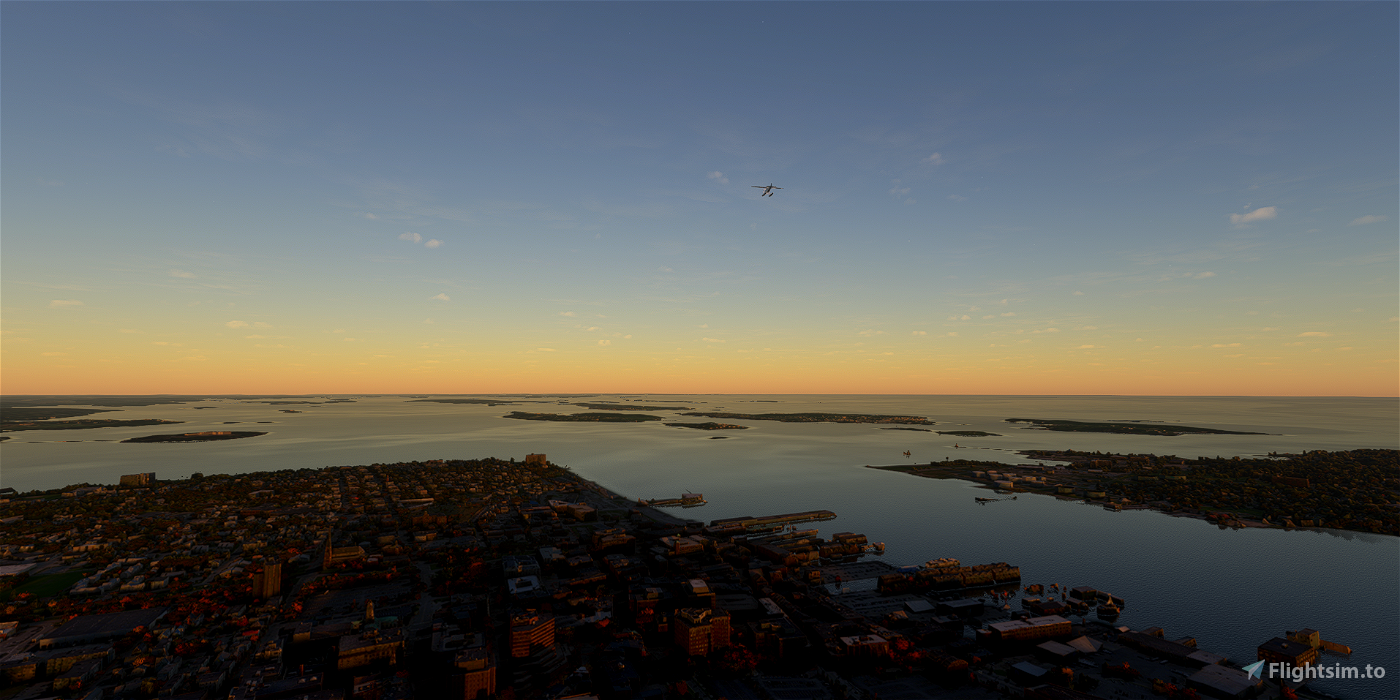 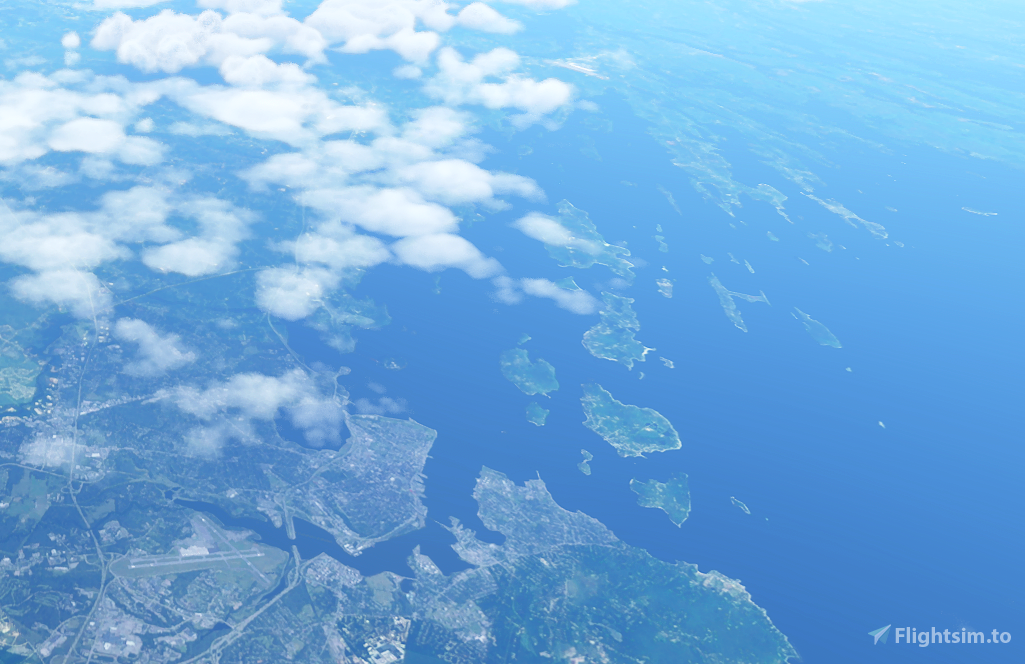 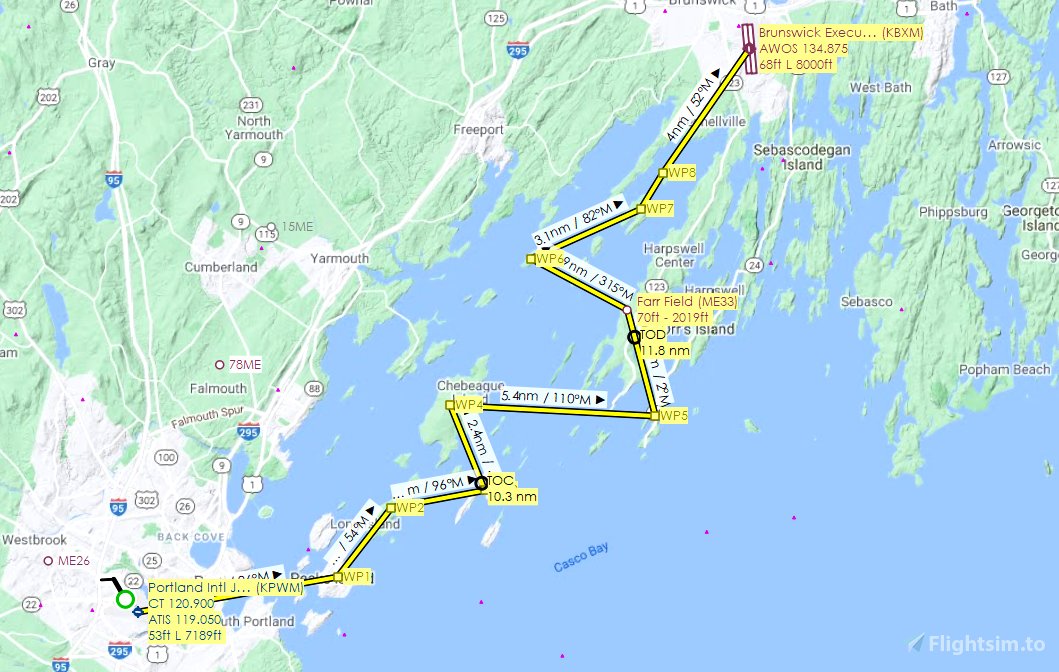 This route is 32 nautical miles, all airborne except for the option of one landing, and is recommended to be flown in a light aircraft capable of relatively low speeds, to facilitate full enjoyment of the scenery. I’ve included the flight plan in both MSFS (.pln) and Little Navmap (.lnmpln) formats.

Casco Bay is an inlet of the Gulf of Maine on the southern coast of the New England state of Maine. The islands of the bay are nicknamed the Calendar Islands due to the myth that there are 365 of them. The source of the confusion was Colonel Wolfgang William Römer, an English military engineer, who made an offhand comment in 1700 that the bay had "as many islands as there are days in the year". Later, Robert M. York, the former Maine state historian, said there are "little more than two hundred islands".

We take off from Portland International Jetport (PWM) and zigzag our way north, starting with a passage over the southern portion of the Portland peninsula en route to Peaks Island, then northeast to Long Island (the former home, I just learned, of Casco Bay Naval Auxiliary Facility), east to Cliff, northwest to Chebeague and east again to Bailey.

We can  land, if desired, on Farr Field airstrip (ME33) at the southern end of Harpswell (not an island) or continue on northwest to Bustins Island, off of Freeport.

Next up is Birch Island and White Island, before we make landfall at Pennellville, the former home of several 18th-century sea captains from the Pennell family, and land at the former Brunswick Naval Air Station (now Brunswick Executive Airport, KBXM).