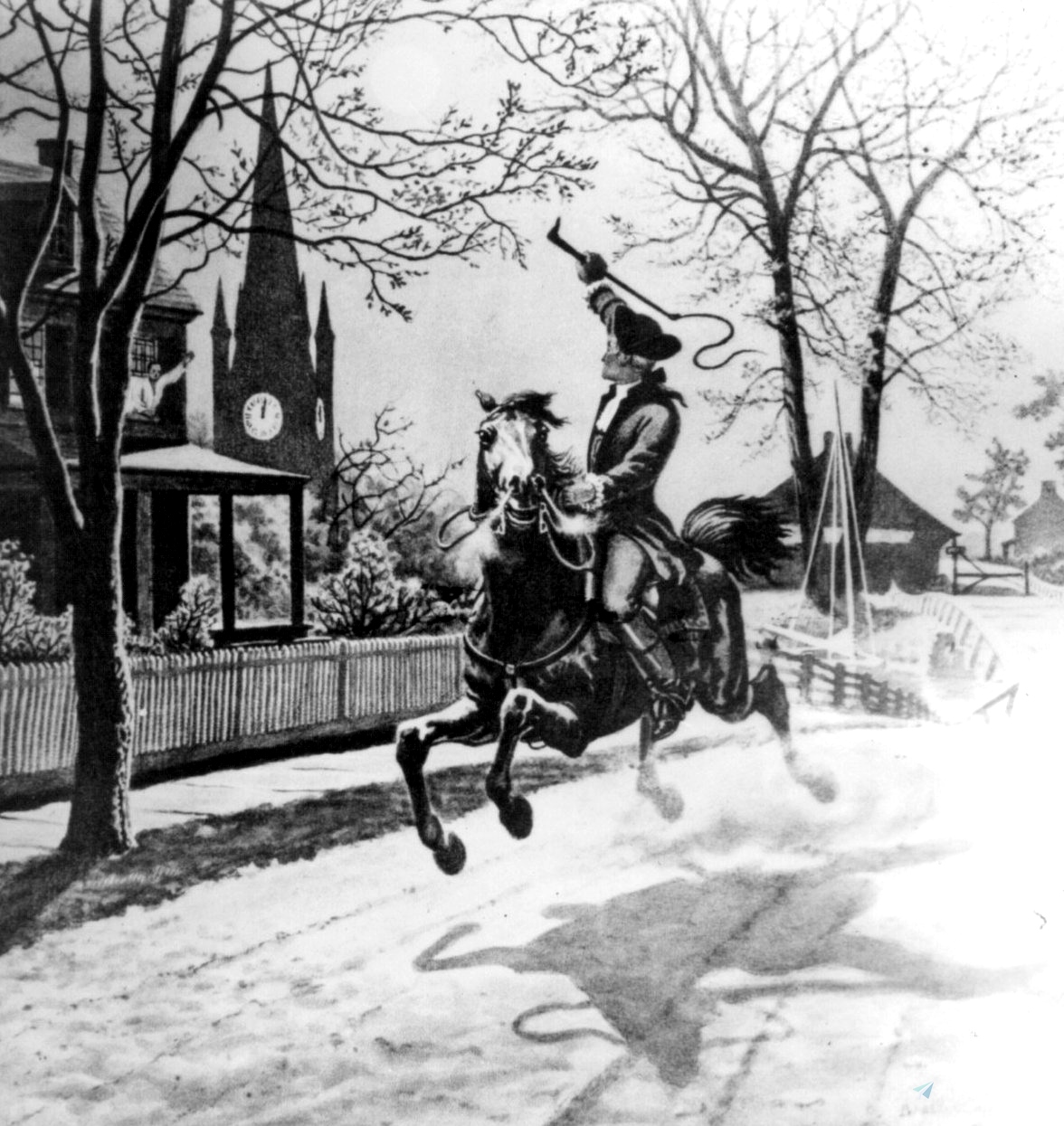 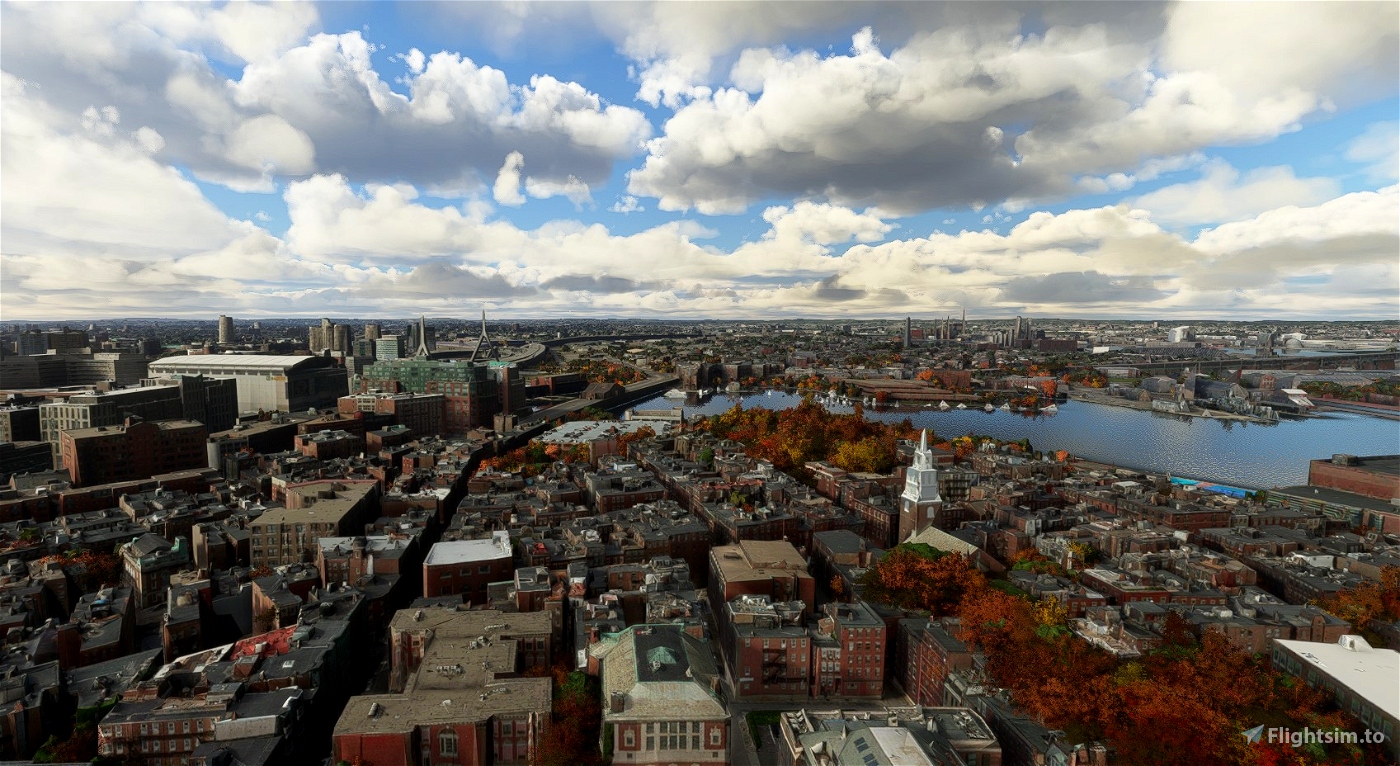 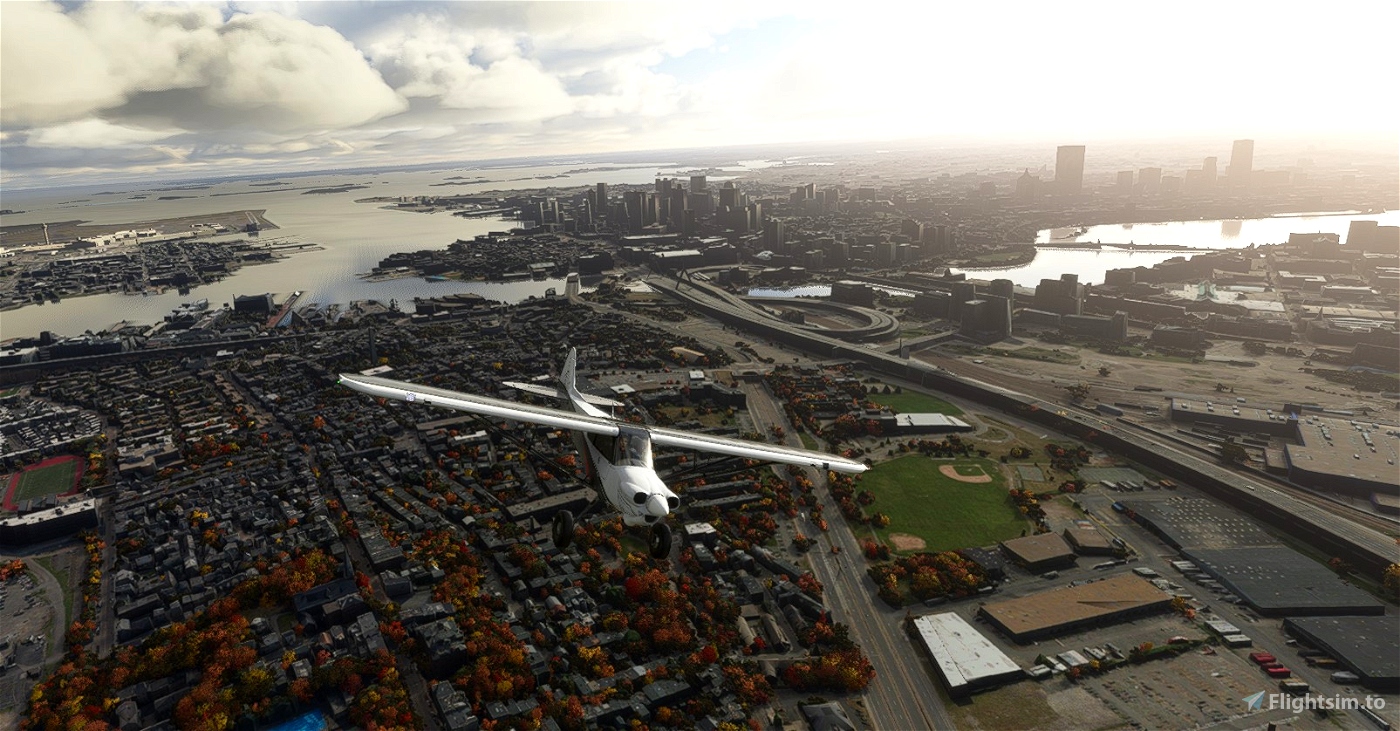 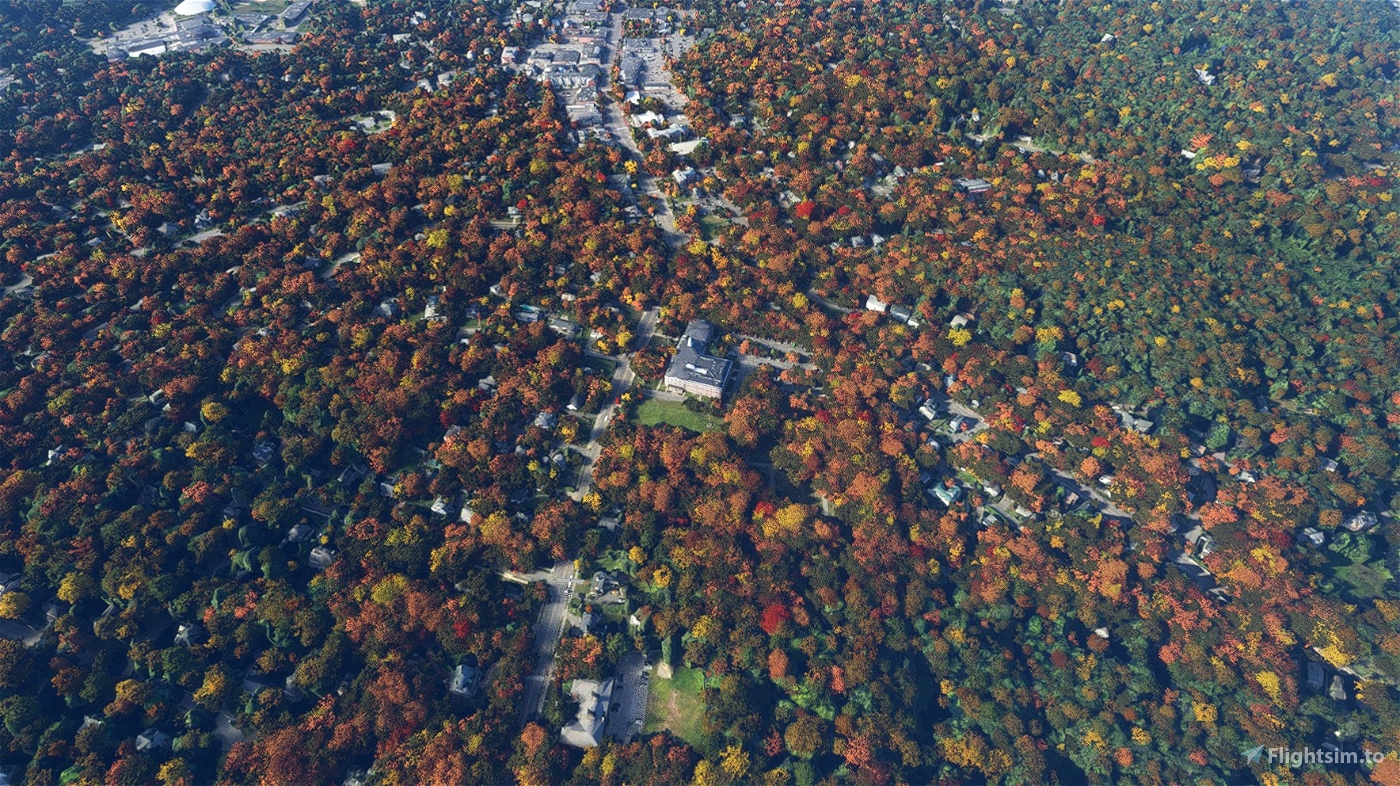 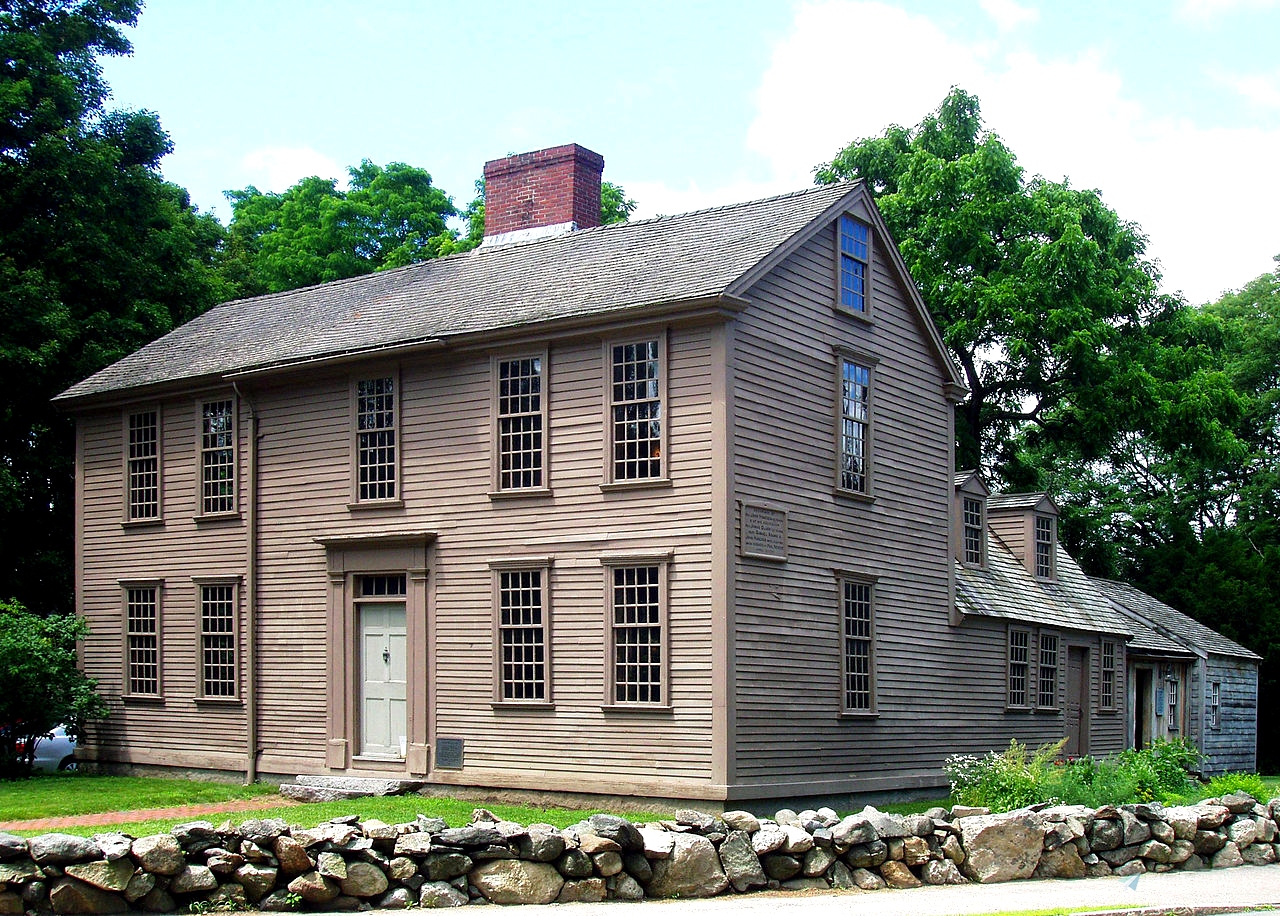 Following the route of Paul Revere’s April 18, 1775, “Midnight Ride” on horseback to alert the American colonial militia to the approach of British forces. It preceded the battles of Lexington and Concord, which were the first engagements of the American Revolutionary War the following day.

The route, which is taken from PaulRevereHouse.org, is 27 nautical miles. I flew in the CubCrafter xCub with flaps fully out, maintained 70 knots at 1,000 feet, threw autopilot on and took in the scenery. I’ve included the flight plan in both MSFS (.pln) and Little Navmap (.lnmpln) formats.

Given our mode of transport, we depart from Boston’s Logan International. Since Boston is one of the simulator’s photorealistic cities, the Old North Church is easily recognisable as our first port of call as we cross the harbour, flying west.

We then turn northwest over Charlestown (consider getting the USS Constitution add-on before loading up), over Bunker Hill and on to Medford, then head west towards Arlington.

Next is Lexington, continuing past several period taverns that still exist today. Near Lexington Common (where the first shot of the war was “heard ‘round the world”), we circle around the Hancock-Clarke House (where Revere alarmed Samuel Adams and John Hancock), before continuing to the location, in Lincoln, where Revere was captured by the British Army, now part of the Minute Man National Historic Site.

Continue on to Minute Man Airfield in Stow, flying over Concord, to which Revere’s fellow riders William Dawes and Samuel Prescott escaped after evading their captors.

Tour of Perth and Kinross