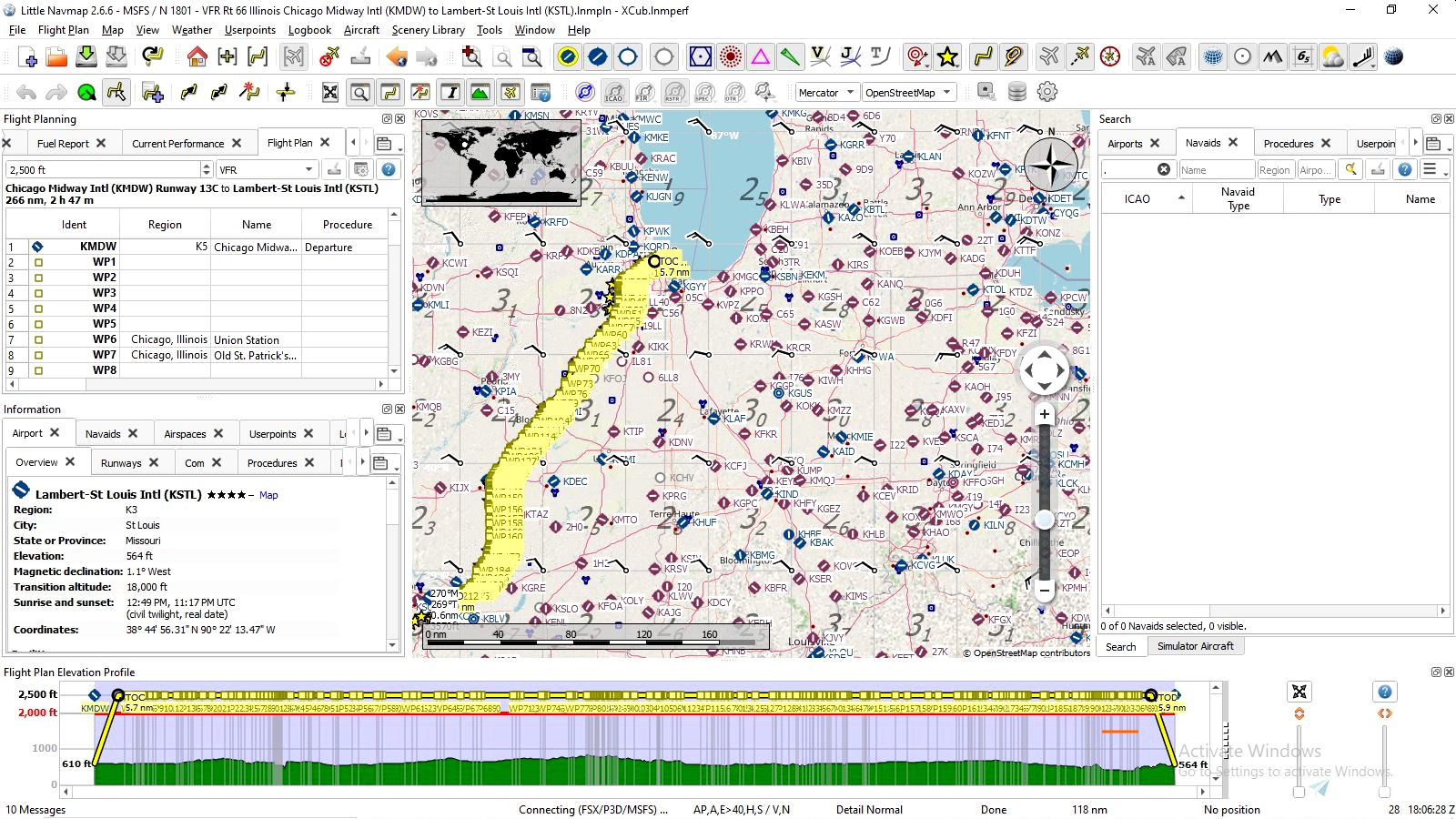 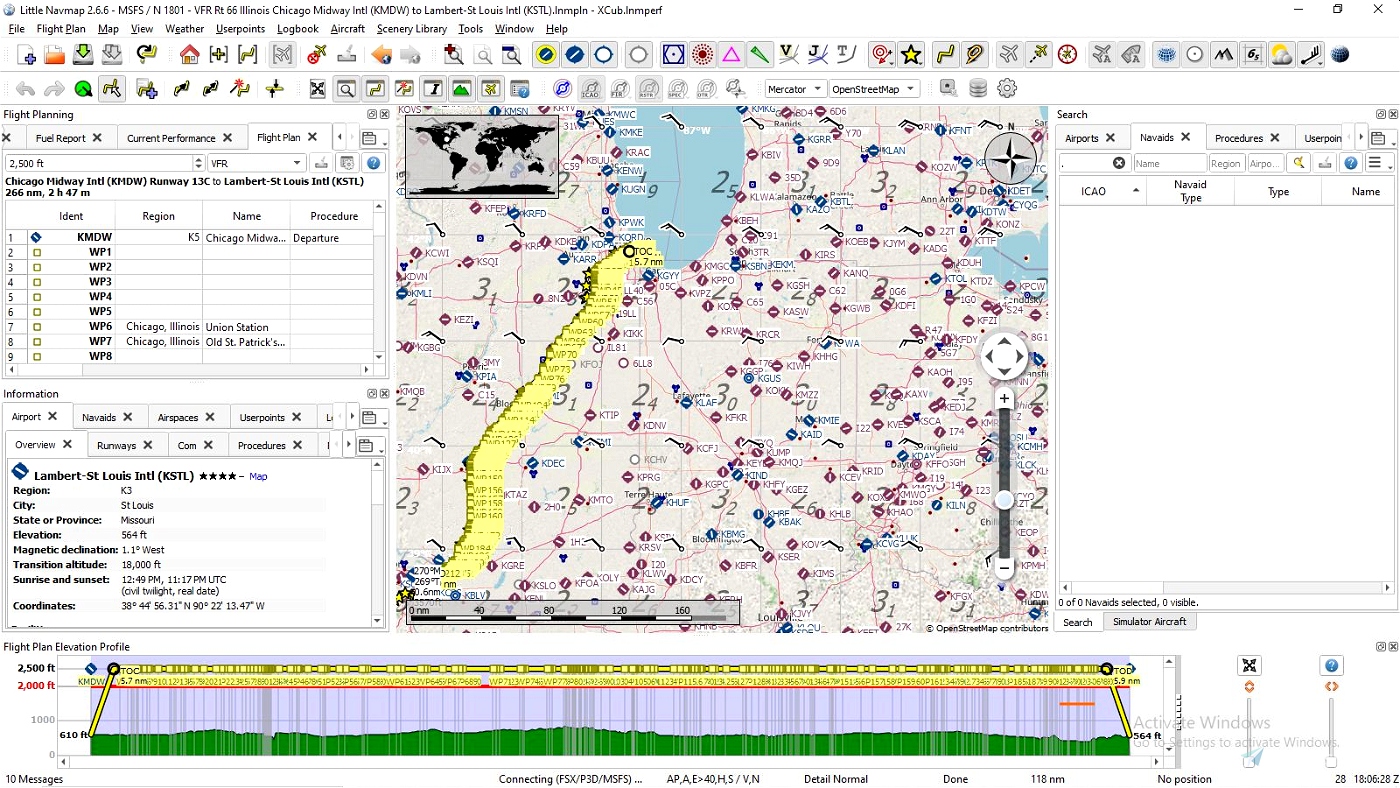 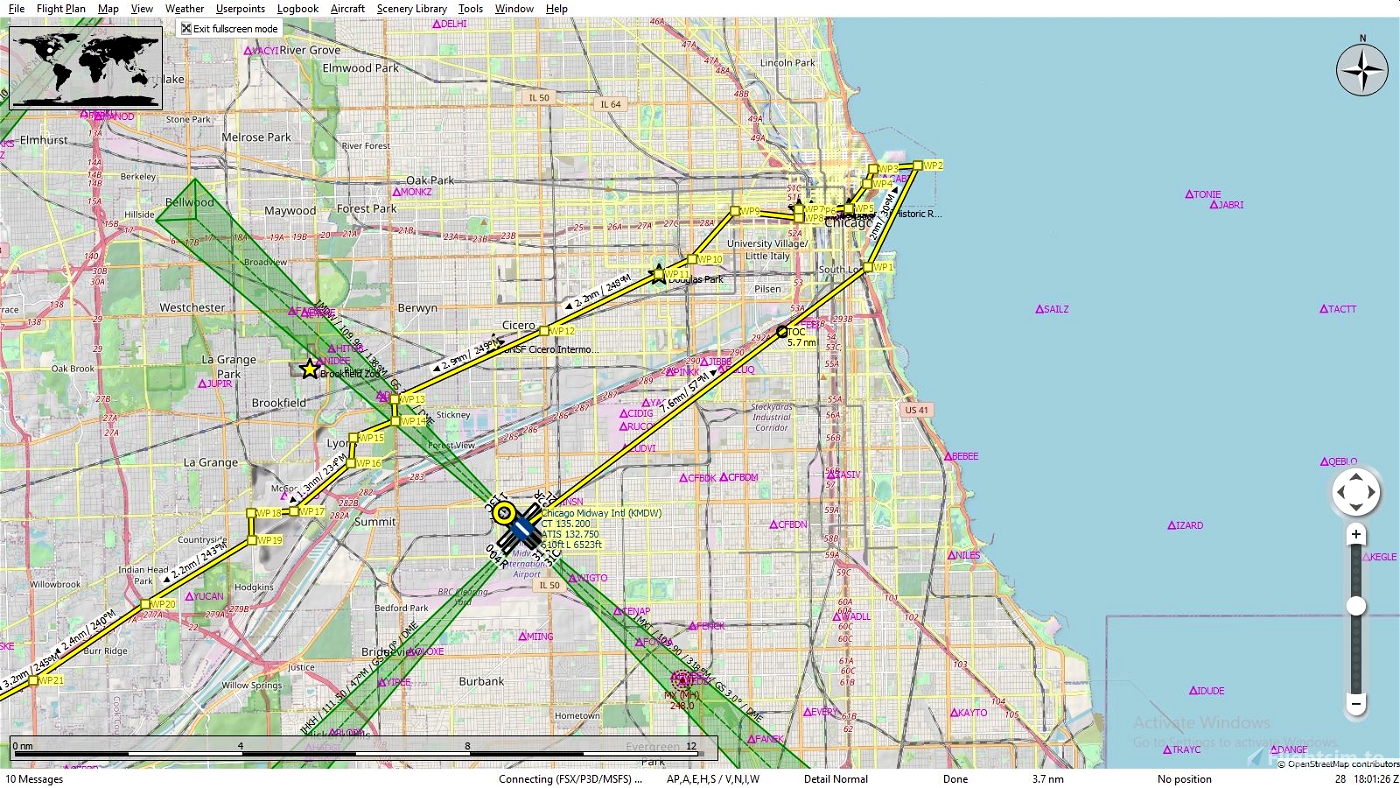 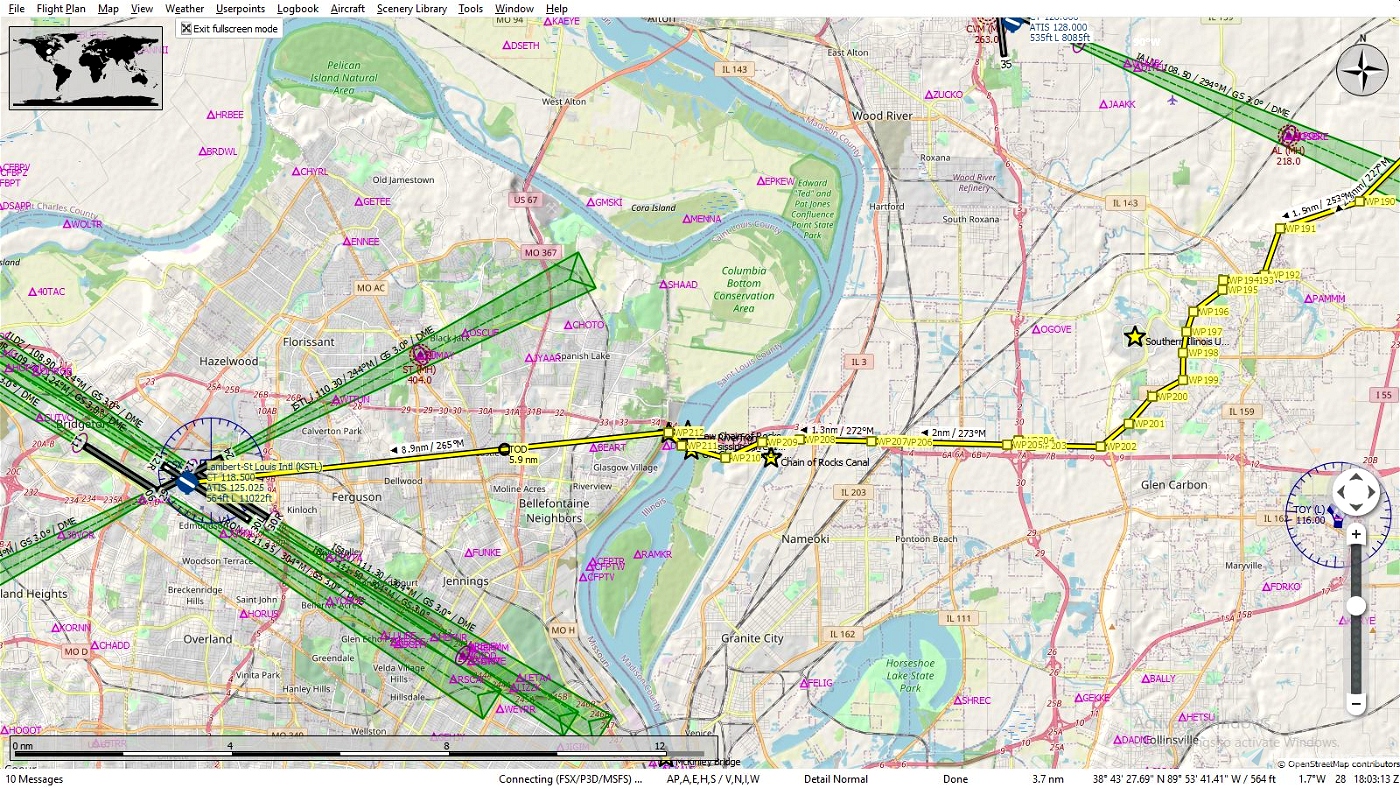 Illinois is the first Leg of a journey that will follow historic Route 66 from beginning to end. You'll start your flight at Chicago Midway (KMDW) and fly northwest towards Lake Michigan, WP1 will be Soldier Field, WP2 is the Navy Pier then west into downtown Chicago where WPT3 East Illinois Street, will be the start of Historic Rt66.
Outside the cities you'll fly over miles of farmland, quarries, lakes and rivers. There are many airports along the route, some have fuel while others are for private plane owners and crop dusters. You'll end your trip through Illinois flying over the Mississippi River via the Old Chain of Rocks Bridge built in 1929 which is now closed and only open to foot/bike traffic, but that won't concern you of course. The bridge to the north is the New Chain of Rocks Bridge. Once in Missouri you'll land at Lambert-St. Louis Intl. (KSTL), when the Missouri Leg is released you'll have to fly back to the old bridge about 9 miles then make your way south along the Mississippi into downtown St. Louis to continue your journey.

Route 66 isn't or wasn't a single road from end to end but was rerouted in certain areas over the years for various reasons. I wish I could add POI's to point out various historic sights which there are many along the route. The flight plan was created using LittleNavmap and I have marked sights in hopes that one day I can edit and combine the route with special POI's, until then you can follow your journey using LittleNavmap or another program that shows what is in a particular area.

Plan on doing the entire trip from Chicago to St. Louis, trust me, if you save the flight while your flying and want to resume later you can, only you won't have any way points to follow since it only loads the flight where you left off and that's it! The Illinois leg is 266 NM, 66 imagine that, and can be finished in a couple of hours depending on which aircraft you choose and how you like to fly, fast, slow, in circles etc.

Along the way you may encounter some terrain anomalies, this isn't caused by this file but the sim itself. You may wish to try and use Elevation Fixes - United States by Alpine Scenery found on this site. It corrects not only those you may see here but in your other flights as well.

Historic Route 66 Turn by Turn - Illinois
This is where most of the flight plans and future ones used are from. It's also a great site to keep open and pause your flight now and then if you want to follow along, learn about some of the sights and why the route went the way it did and why some parts of Rt 66 were changed from the original. Of course this could make your two hour excursion turn into an all day odyssey!

STATS:
266 NM
212 waypoints
Enjoy your flight and get your kicks above Route 66!