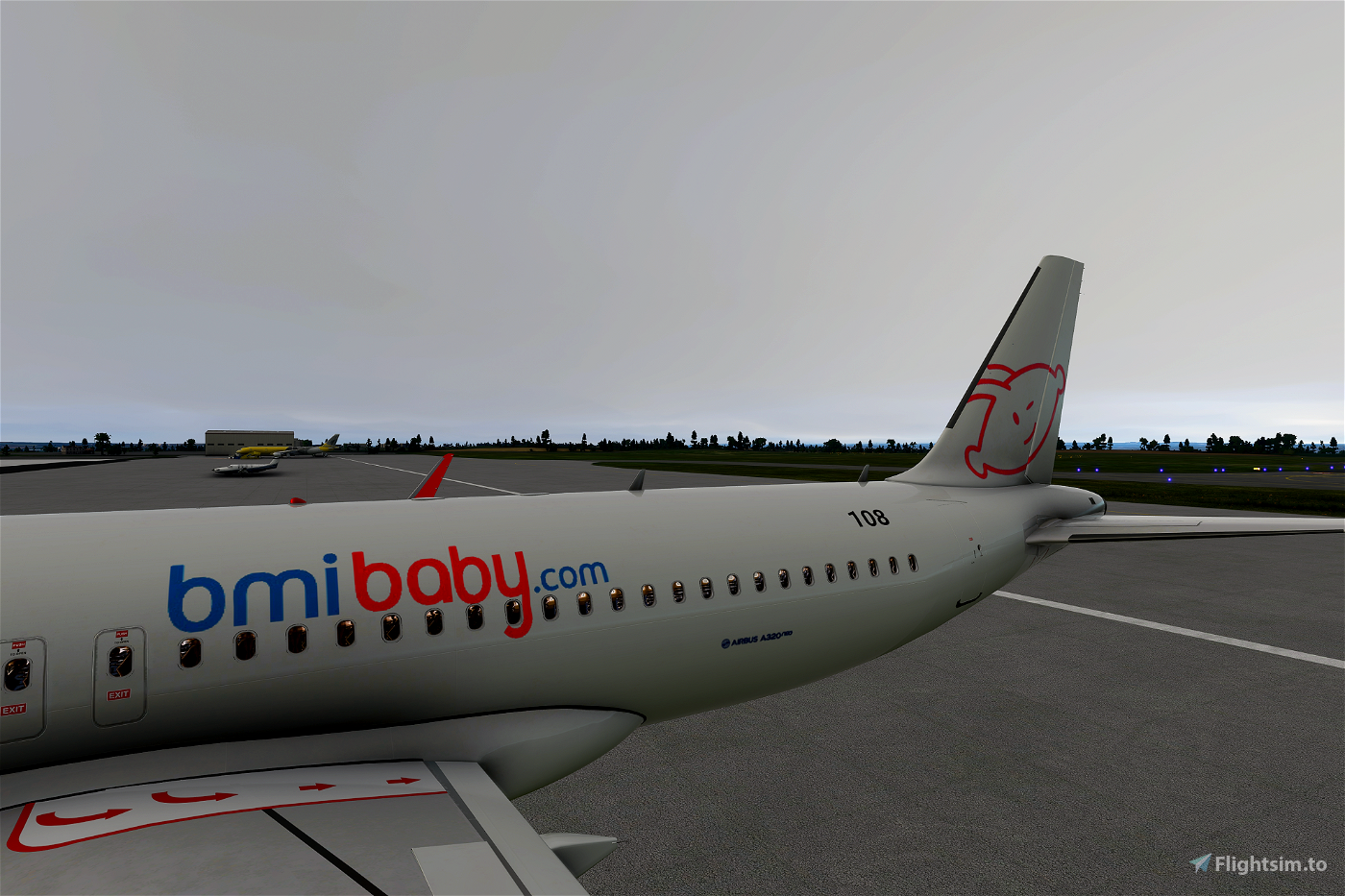 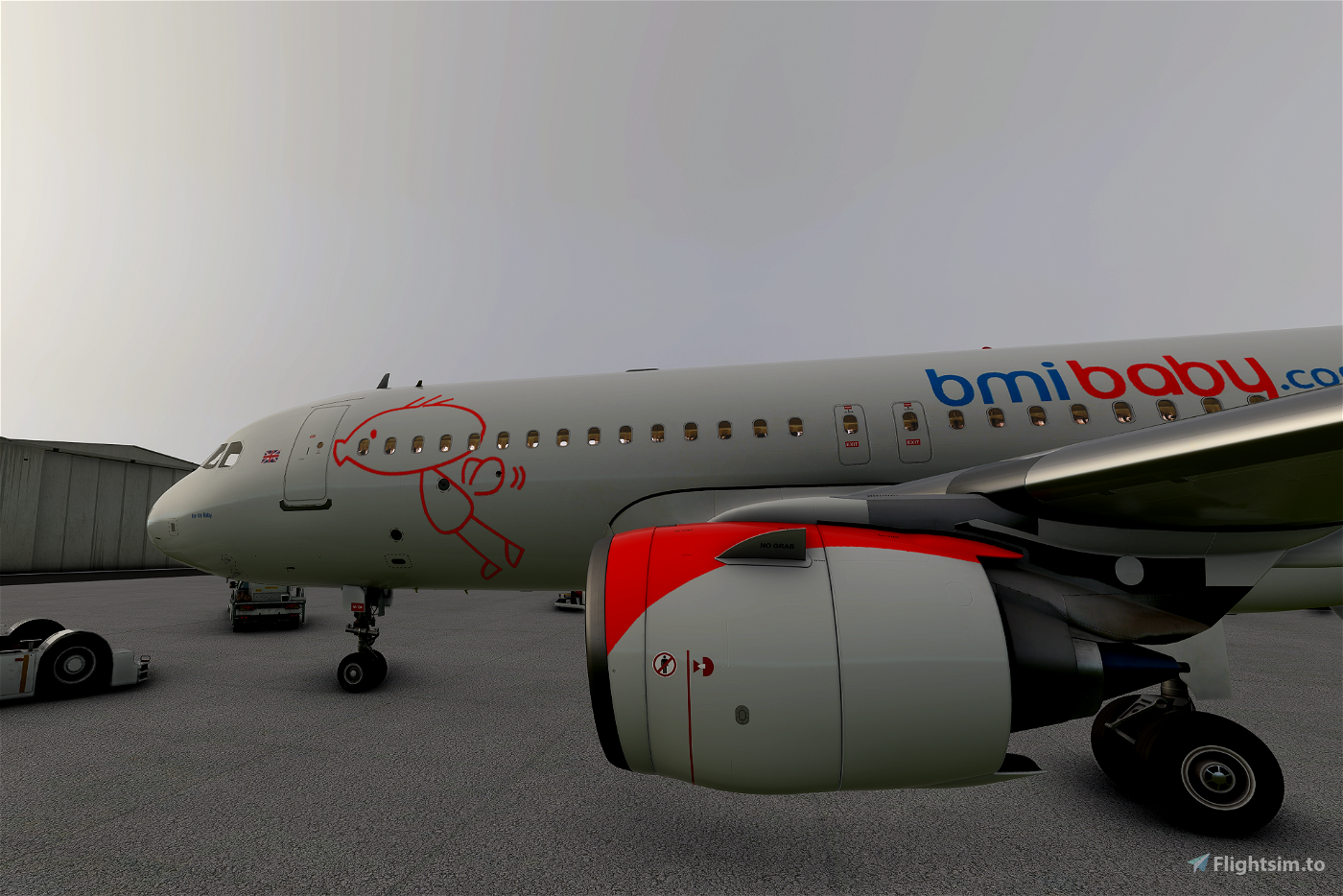 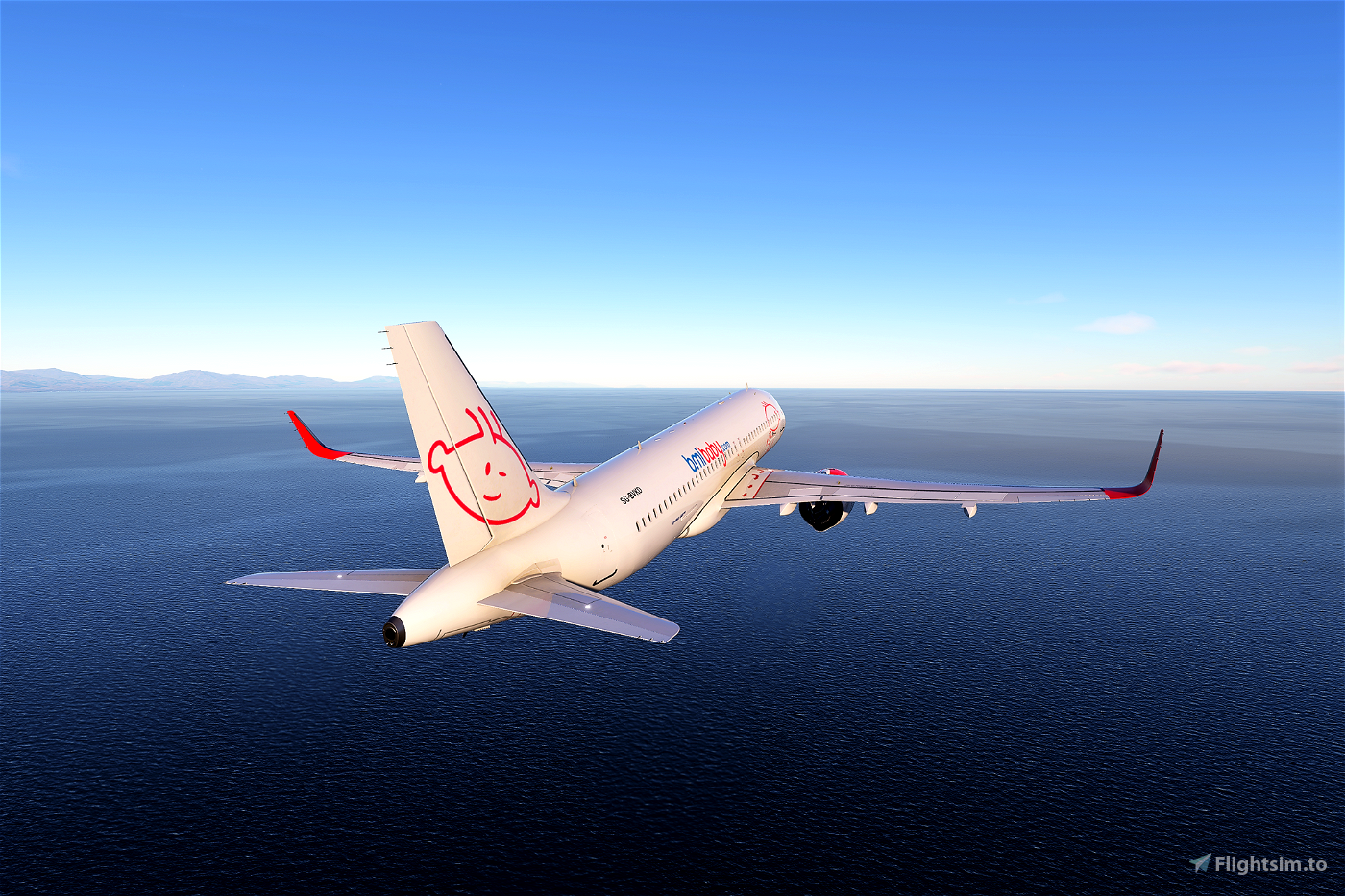 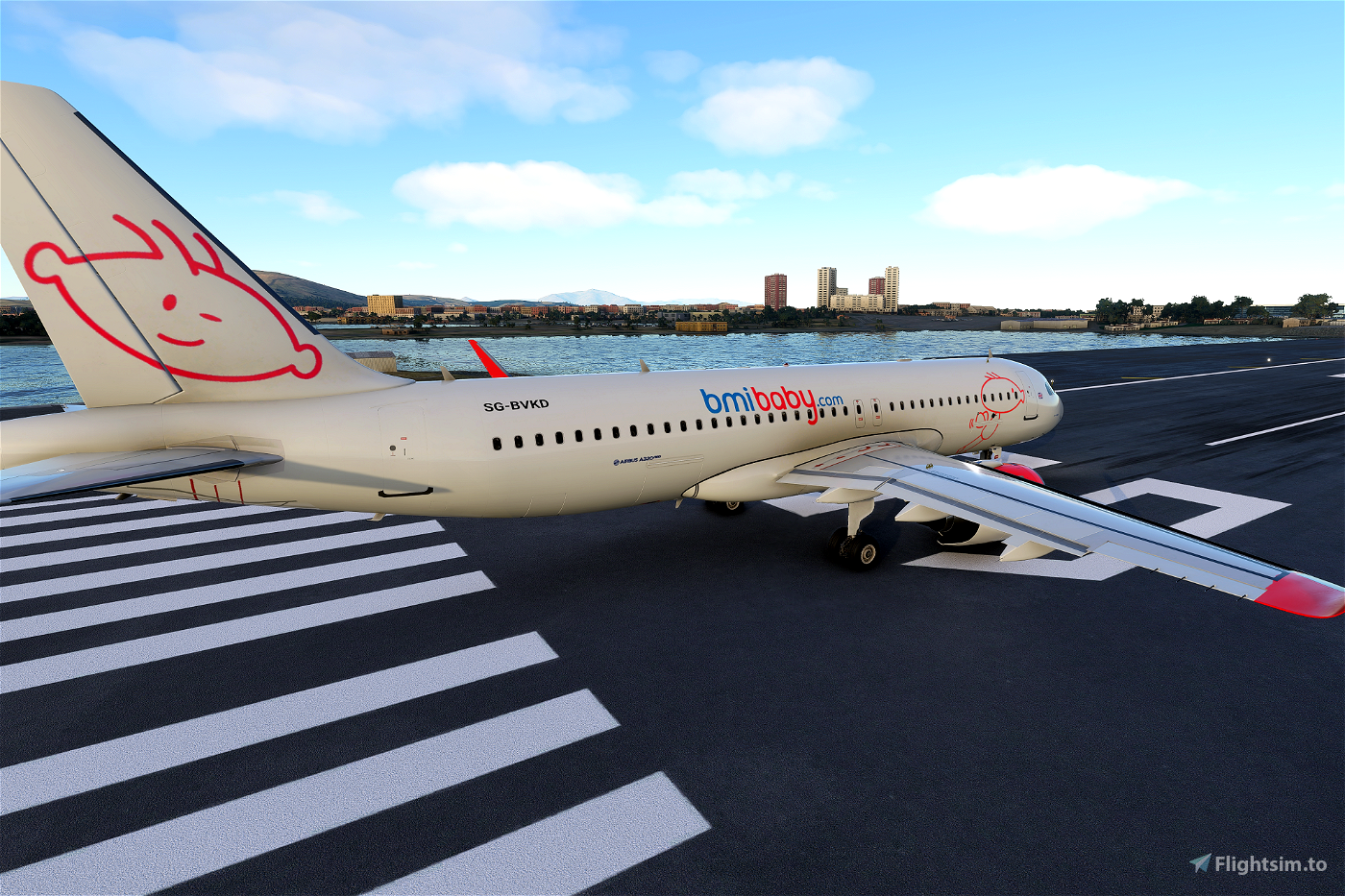 A32NX: Unless otherwise stated by the author, these liveries may not work with the new A32NX Development branch as of today.

Starting April 03, FlyByWire will begin packaging and distributing the A32NX as a separate aircraft from the default Asobo A320neo. This only affects the development and experimental branches of the A32NX - not the stable branch yet. However, with this update, liveries made for the default A320neo will no longer function in the new FlyByWire package. Liveries will need to be converted by their respective authors. There will be a simple livery conversion tool released by FlyByWire within a week from now, but until then, we recommend that you do not update your A32NX to the new development or experimental version if you want to keep using all liveries here on Flightsim.to!

We will keep you updated how we handle this change soon.

OK... I am going to repeat a lot of what I said for the BMI livery... not just lazy but unimaginative :)

BMI was acquired from Lufthansa by International Airlines Group (IAG) in April 2012, and was integrated into British Airways (BA) by the October . BMI's subsidiaries Bmibaby and BMI Regional were also purchased, although IAG did not wish to retain either.

In relation to BMIBaby specifically, it was set up in 2002 as a a low-cost subsidiary. Bmibaby used Boeing 737s which were displaced after BMI's fleet renewal programme favoured an all-Airbus fleet. Bmibaby flew routes between major and secondary airports around Europe from its bases at East Midlands Airport, Manchester Airport and Birmingham Airport until it was closed down by IAG in September 2012.

So, BMIBaby never operated the A320, let alone the neo. Given this, the livery is accurate for the baby, with the exception of one area where mirrored panels would make things look silly and also because I had to draw the tail face by hand and, well, got a little Smeary with it... you will have to pardon me.

The livery, tail number and name are accurate for this aircraft – although as much as I think 'Ice Ice Baby' is an awesome name for a plane, I would have preferred to have found 'Hasta la Vista Baby'. I would also have liked to have including some of the awful advertising they used to do but... IP and all that eh.

I hope you like this livery! Thanks go, once again, to Geeboy91. A true BMI fan!

As with every drag and drop livery – unzip, extract and drag the sucker into your community file. It will thank you in the end.

© SmearyGrain - All rights reserved. Any reupload or redistribution of this file without the author's prior written consent is forbidden.
This Flight Simulator 2020 Mod was created by SmearyGrain and shared in Aircraft Liveries » Airbus A320neo for Microsoft Flight Simulator.