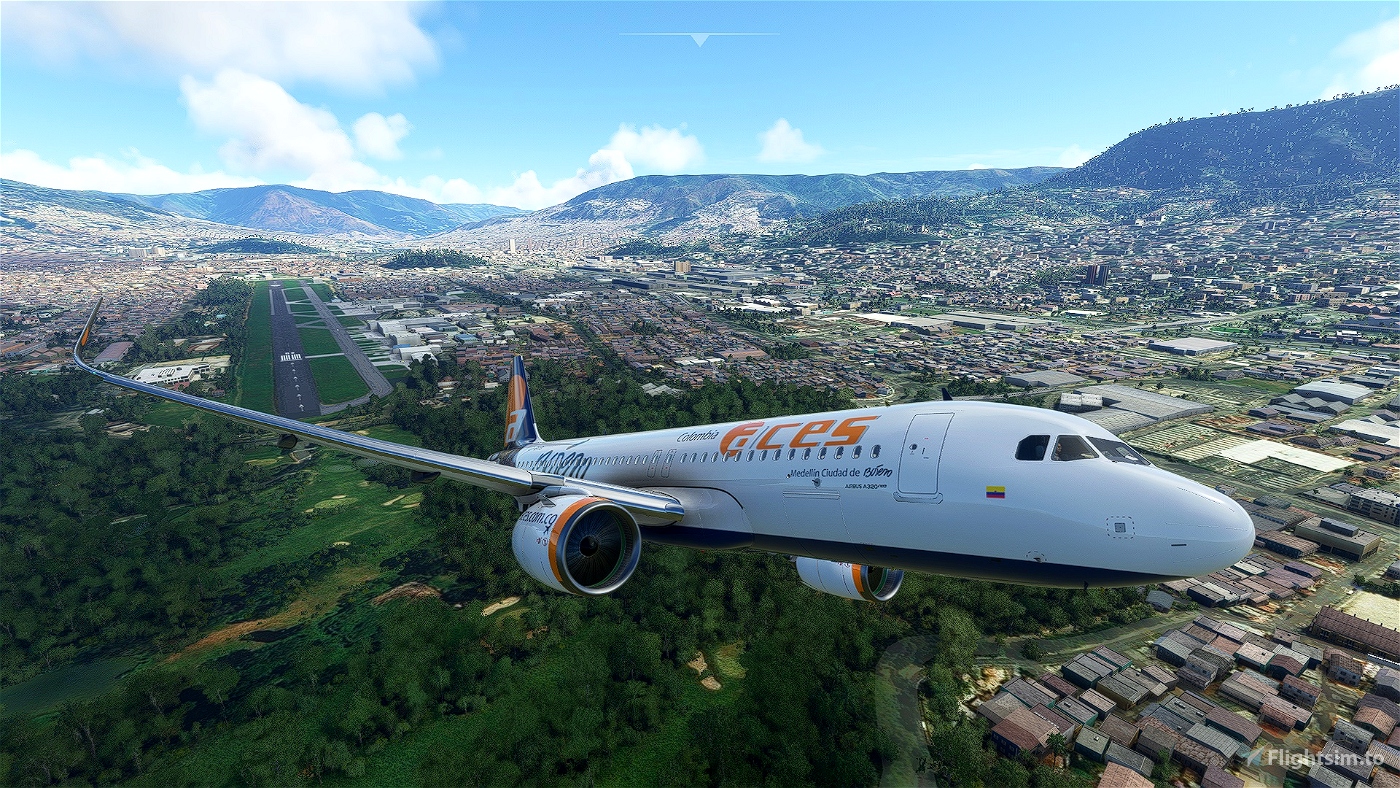 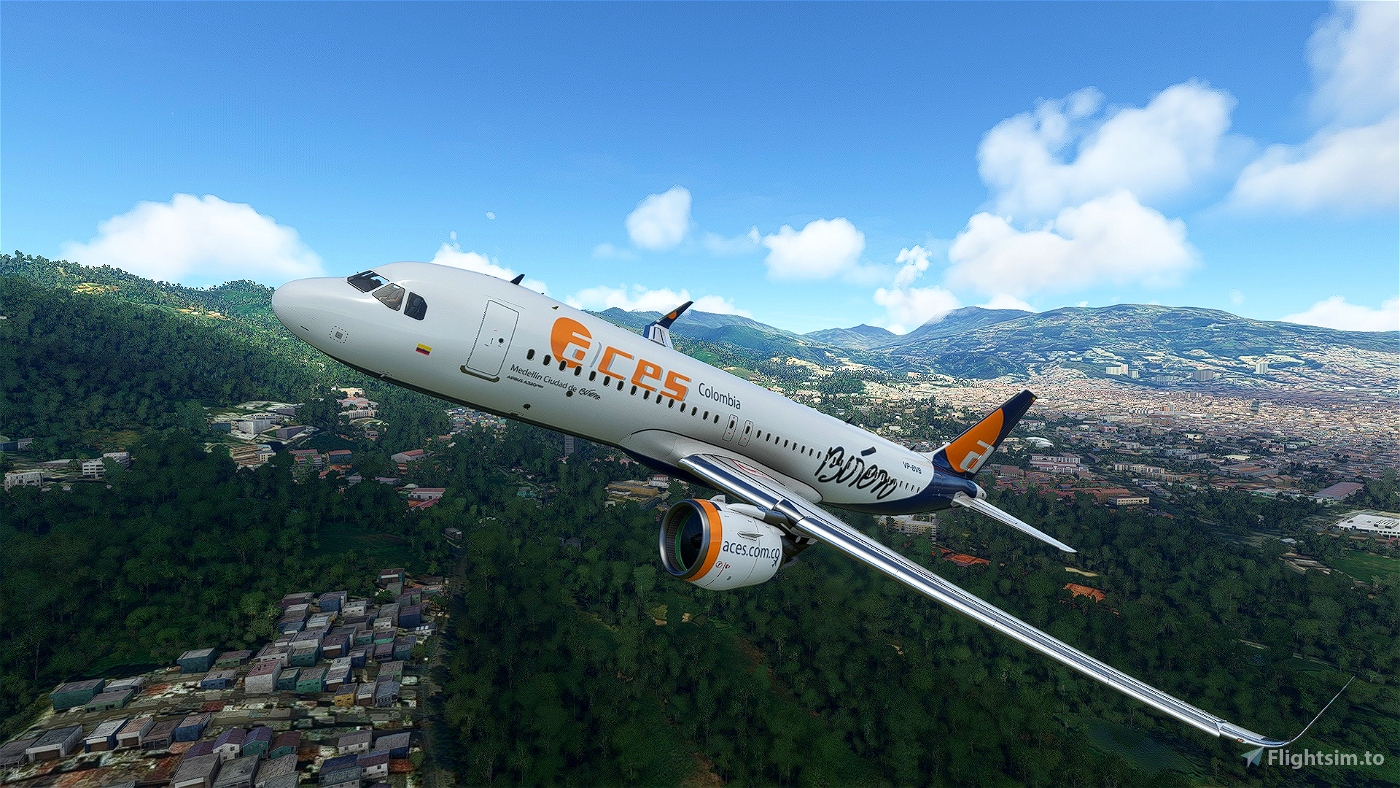 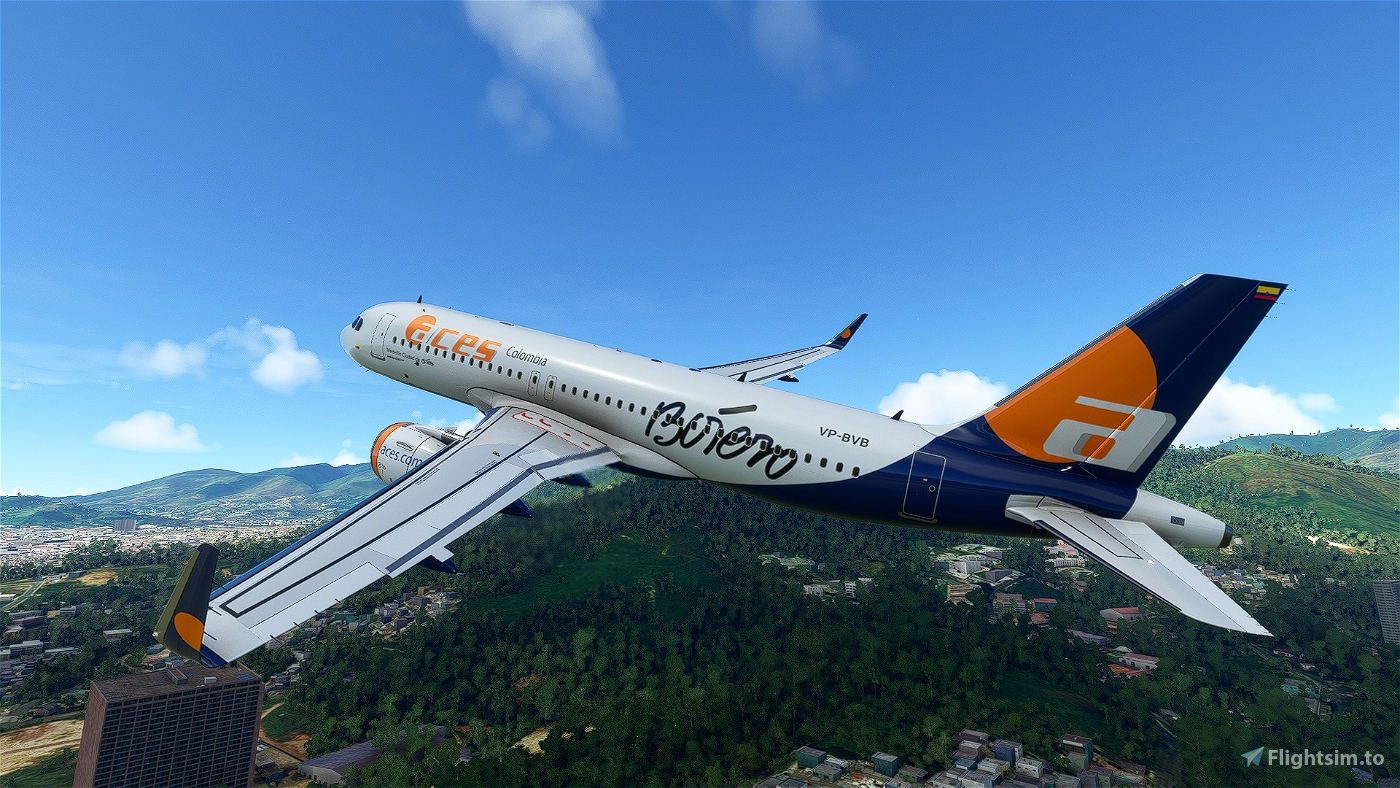 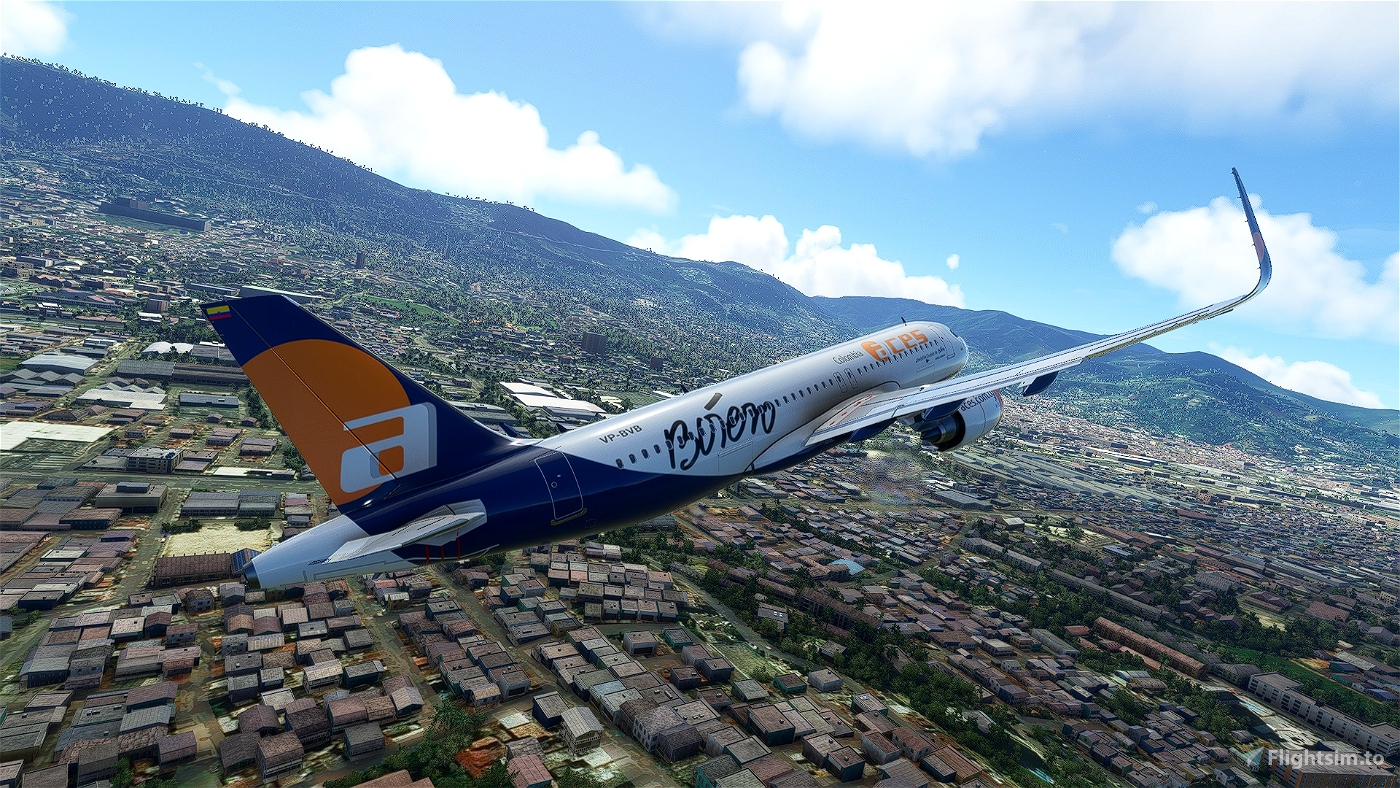 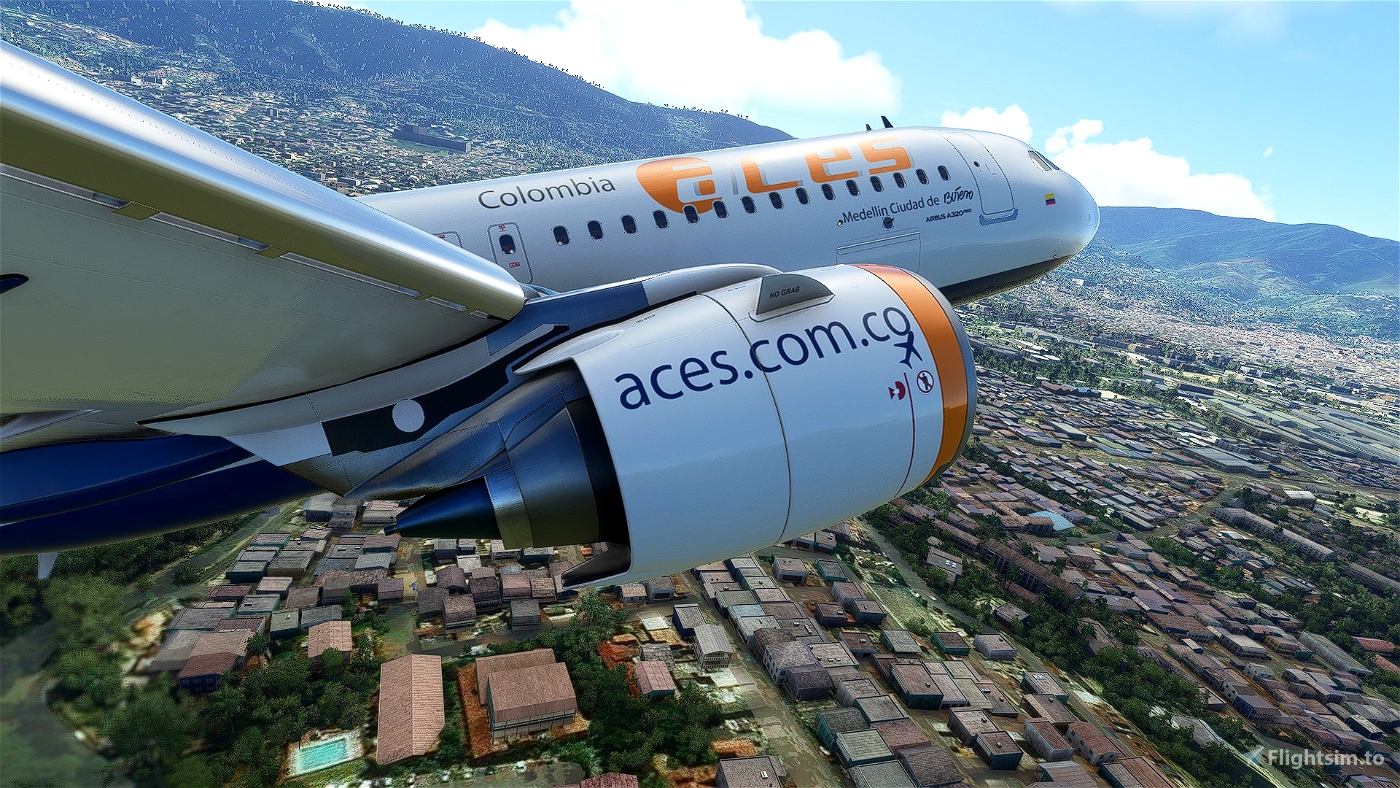 ACES (Spanish acronym: Aerolíneas Centrales de Colombia) was an airline with its headquarters in the Edificio del Cafe in Medellín, Colombia and founded on August 30, 1971, by a group of 13 Colombian entrepreneurs, amongst them, most notably Orlando Botero Escobar and German Peñaloza Arias from Manizales and Luis H. Coulson, Jorge Coulson R., Alberto Jaramillo and Hernán Zuluaga from Medellín.

Mr. Botero and Mr. Peñaloza, were considered pioneers in the early days of Colombian commercial aviation, had tried several times to establish a commuter service between Manizales and Bogotá. They managed to operate a small commuter airline by the name TARCA (acronym of Taxi Aéreo de Caldas), which was forced to shut down due to financial difficulties. With the support and capital of the new partners from Medellín, they embarked on the successful enterprise that would be ACES. The airline began service in 1972 with Saunders ST-27 aircraft for the routes Medellín-Bogotá and Manizales-Bogotá, and soon became a major player in the Colombian market. By 1976, the airline had expanded its network to smaller regional destinations, for which it purchased DHC-6 Twin Otter aircraft.

In 1981, it acquired its first Boeing 727-100. In 1986, an expansion began with the acquisition of more 727-100 and the arrival of Fairchild FH-227 aircraft built under license by Fairchild in the United States and with slight modifications. The 727s had a capacity of 129 passengers and the Fairchilds of 44. At this time the first international charter flights also began to Havana, Varadero, Nassau, Freeport, Montego Bay, Puerto Plata, Punta Cana, St. Kitts, St. Maarten, Porlamar and Cancun.

In 1991, ACES completely replaced its Fokker F27 Friendship fleet with ATR 42 turbo-prop aircraft for its short-haul regional routes, and its Boeing 727-100 with the Boeing 727-200 Advanced variant. In 1992, ACES expanded its service internationally, operating flights from Medellín and Bogotá to Miami. Soon after, Juan Emilio Posada was appointed CEO and would serve until the airline's demise in 2003. In the late 1990s, ACES modernized its fleet acquiring brand-new Airbus A320 aircraft that replaced its Boeing 727s. It expanded its routes to Fort Lauderdale, Quito, Caracas, Cancún (served by charters), Santo Domingo, Punta Cana and San Juan, Puerto Rico; as well as additional domestic flights within Colombia.

ACES created a corporate culture of service and punctuality that would earn it the recognition and loyalty of its customers, resulting in consistent increases in its market share and revenues in the domestic market, which was dominated for decades by Avianca. It was named the "Best airline in Colombia" by several industry and consumer publications.

On May 20, 2002, ACES merged with major competitor Avianca and SAM to form Alianza Summa, a strategic alliance aimed at joining forces to counteract the adverse circumstances that faced the airline industry in Colombia and the world after the September 11 attacks. ACES' operations were halted on August 20, 2003, after the board's decision to liquidate the airline. ACES ceased operations on October 24, 2003 after liquidating. By November 2003, the Summa Alliance was dissolved and ACES' routes taken over by Avianca.