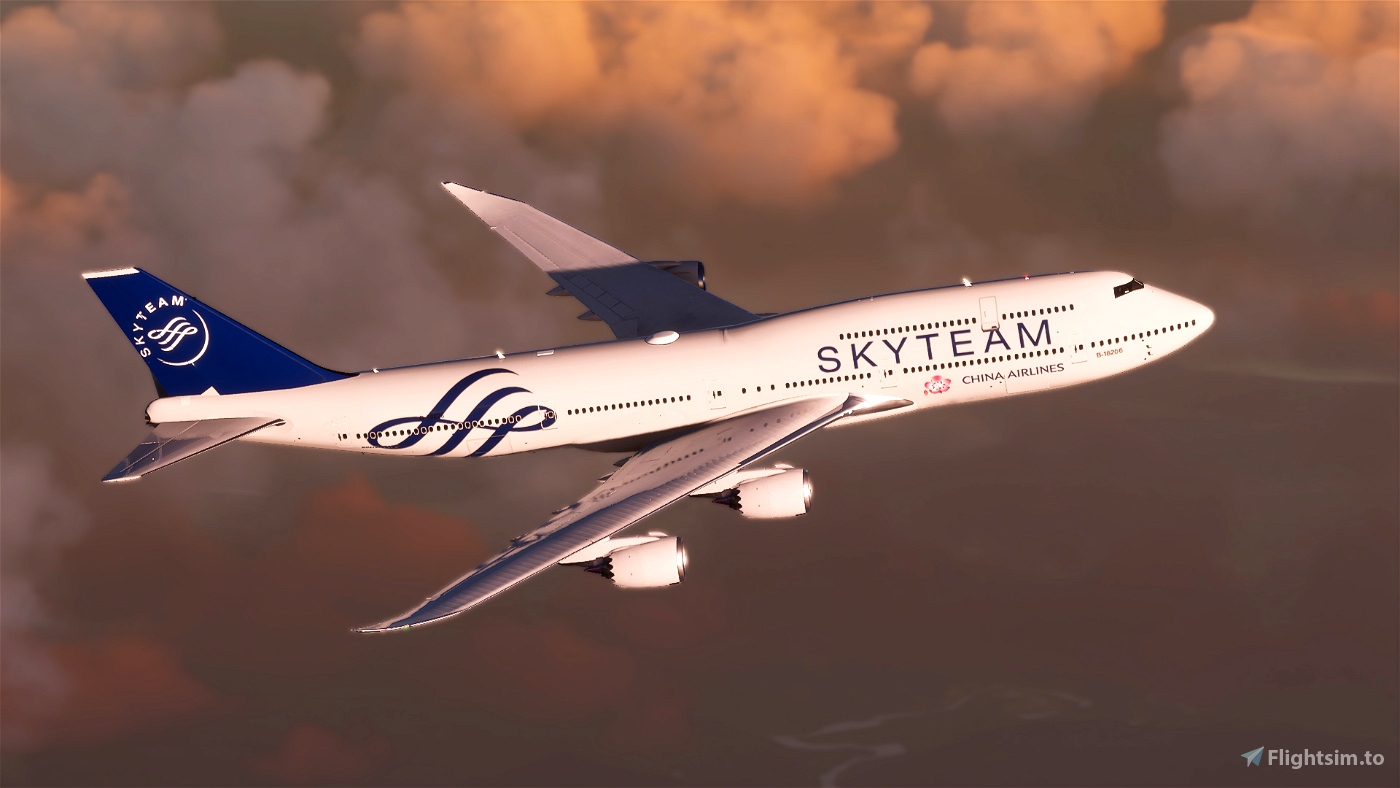 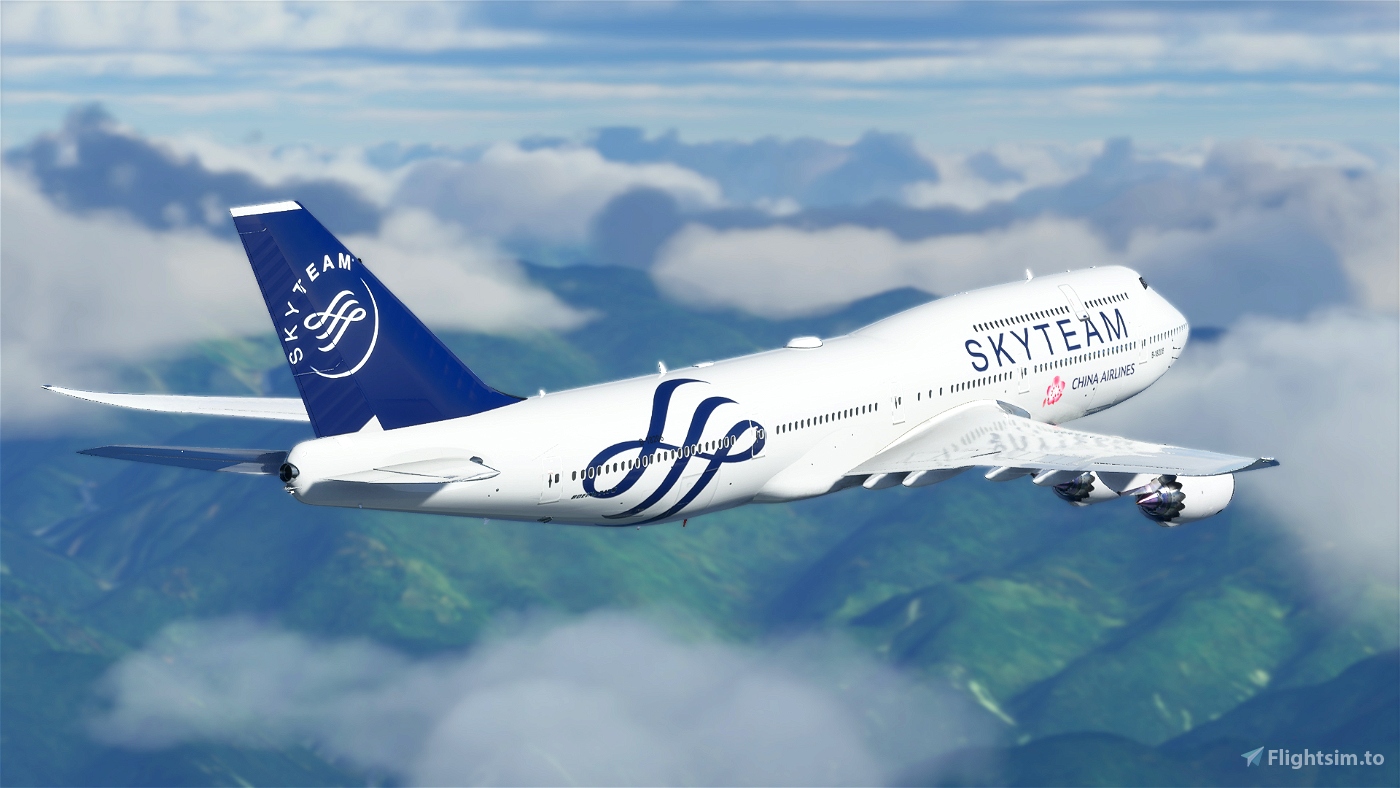 TAIPEI, 28 September 2011 – SkyTeam, the global airline alliance, today welcomed China Airlines as its 15th member at a joining ceremony held in Taipei. The flag carrier of Taiwan and one of the world’s leading cargo carriers, China Airlines becomes the first Taiwanese airline to join SkyTeam and cements the alliance’s #1 position in the Greater China region.

From its hub in Taipei, one of Asia’s strongest economies, China Airlines operates a diverse passenger and cargo network throughout the wider Asia pacific region, North America and Europe, with a total of 224 daily departures to 80 destinations worldwide. The new member also brings three new destinations to the SkyTeam network: Okinawa and Miyazaki, Japan; and Surabaya, Indonesia.

This livery includes 2 versions, “Left” and “Right”, because of the limitations of 747 texture file, each version has text and decals on the other side mirrored.