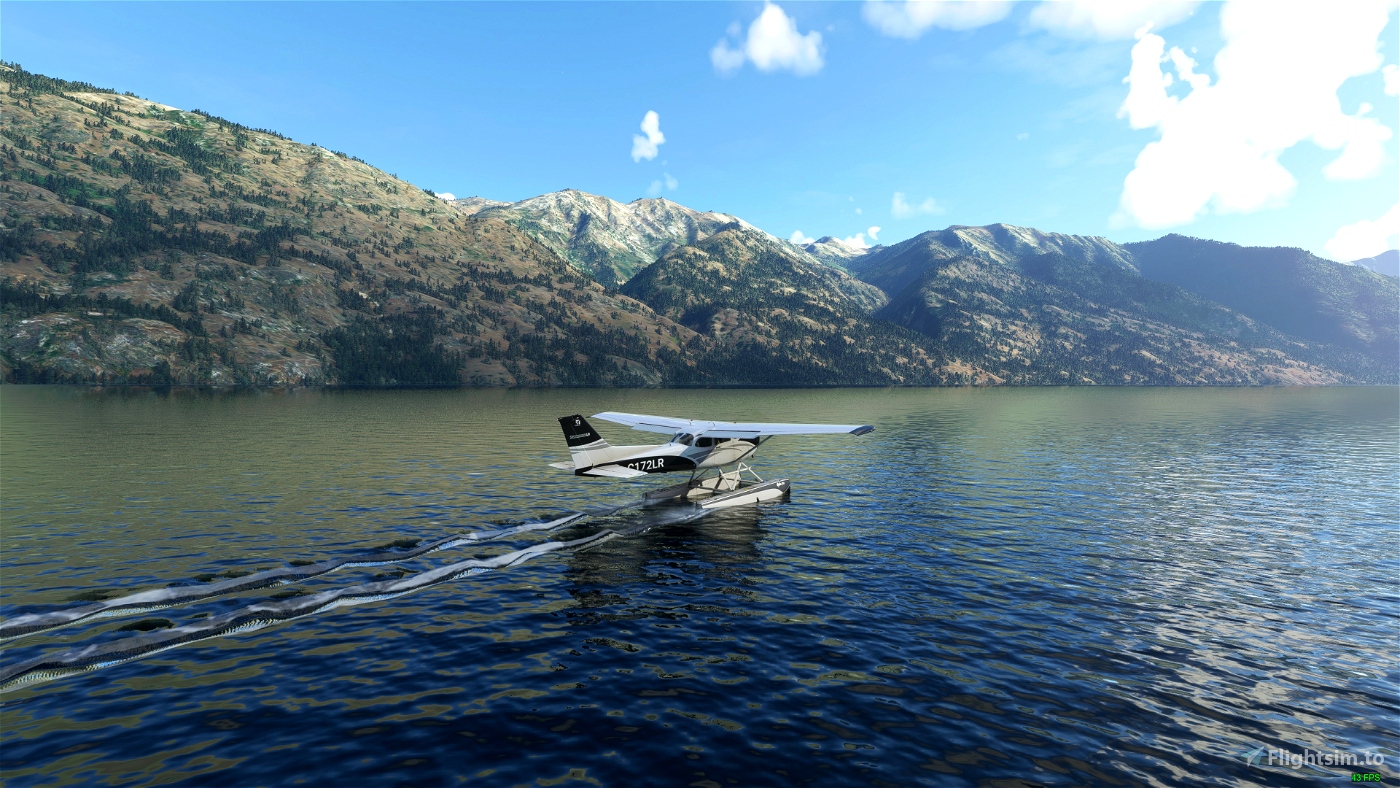 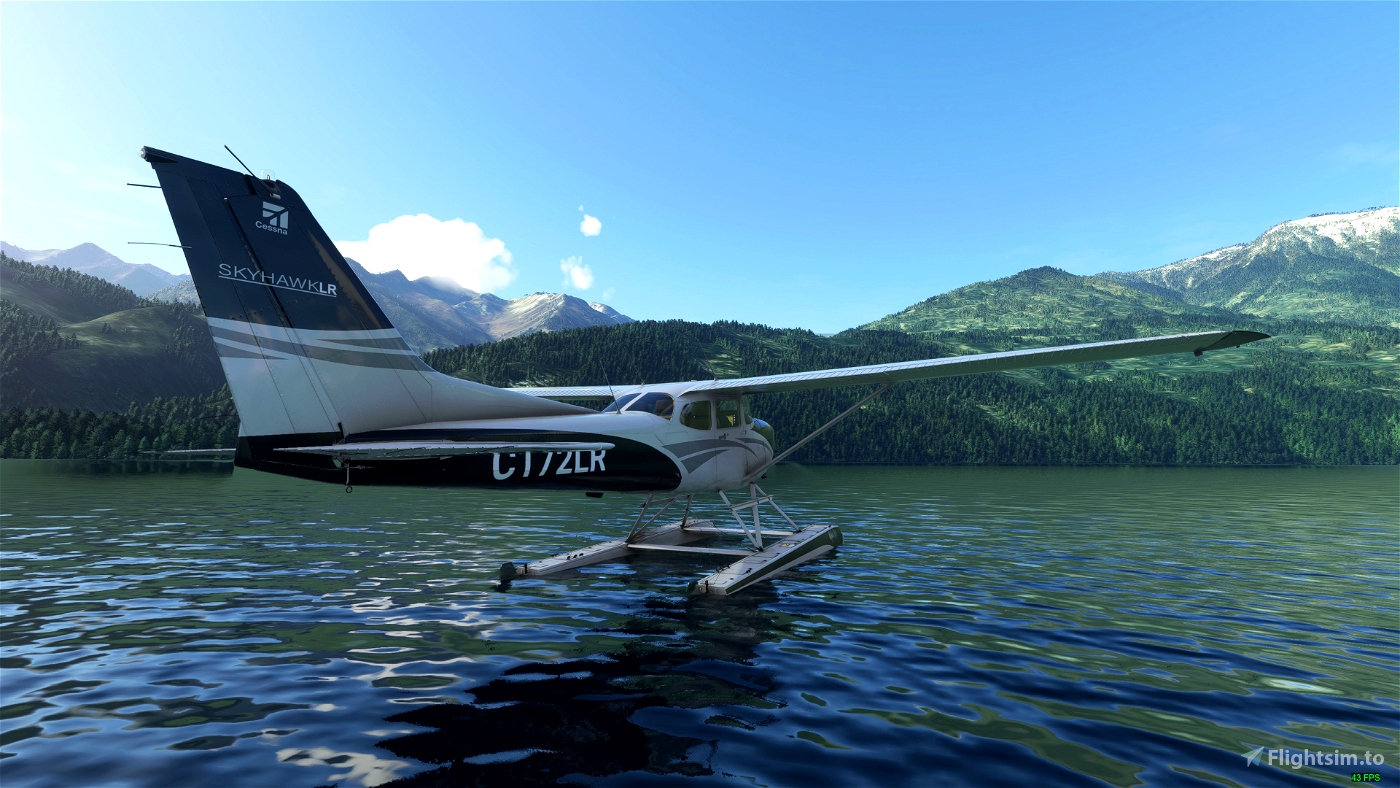 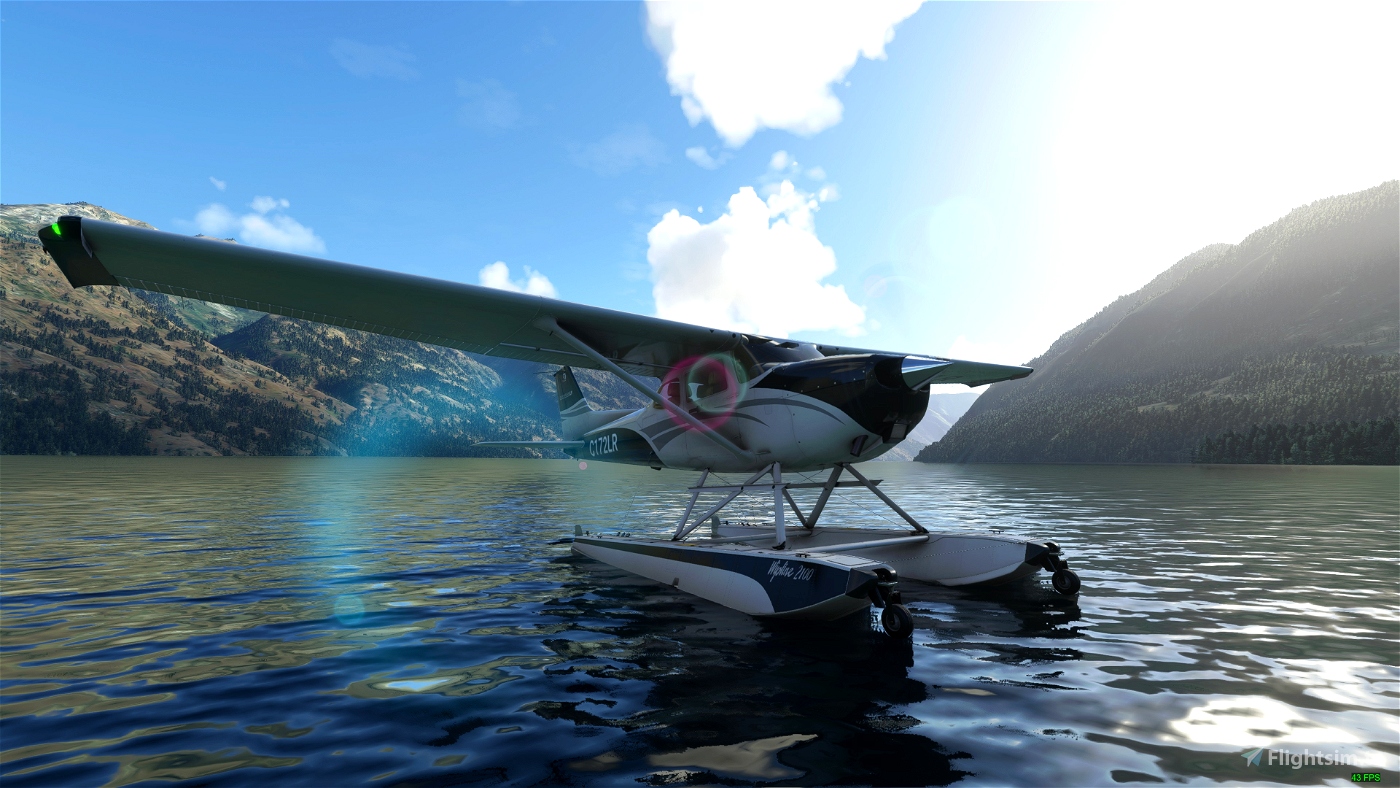 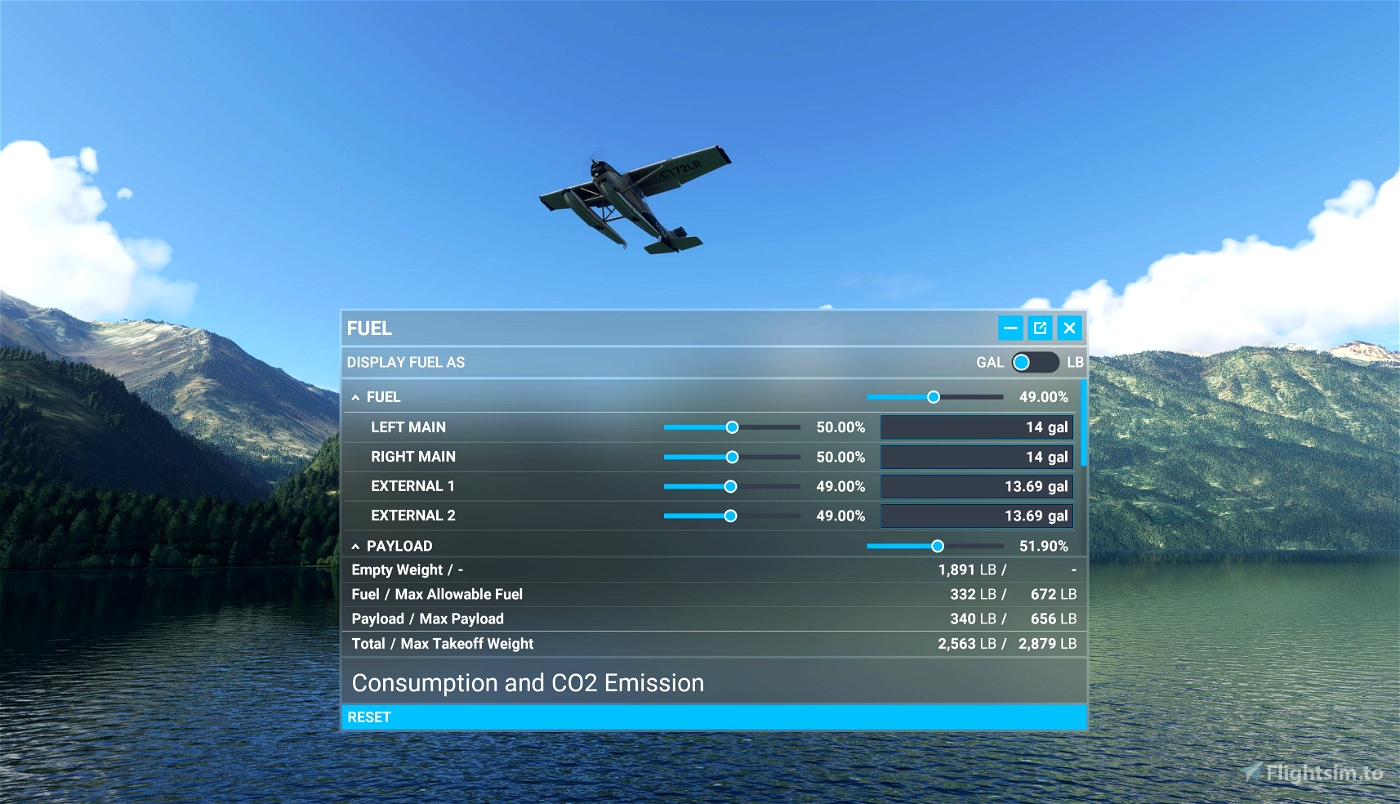 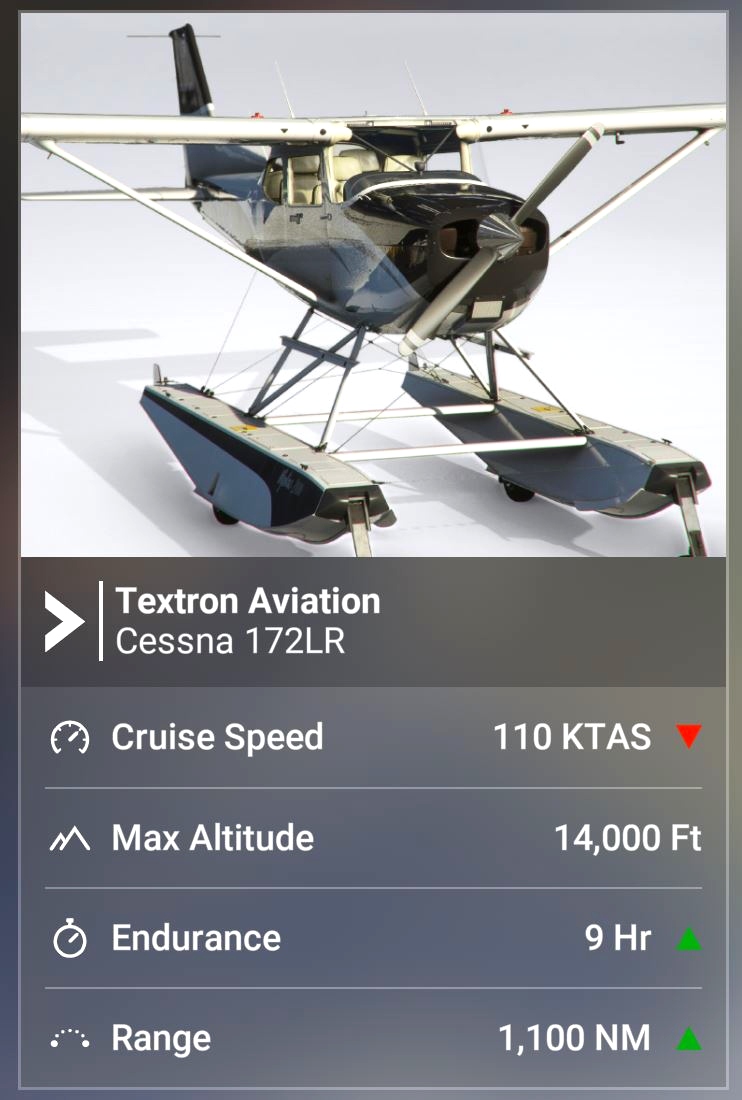 Have you ever thought while flying the amphibious Cessna 172, "I wonder if you could put some extra fuel in those pontoons to increase the range of this thing." Well, the answer to that question is now "yes."

Yes, this is a fictitious mod, but I tried to make it as realistic as possible. I'll explain below.

I give you the Cessna 172LR (Long Range)

Basically, I added two external fuel tanks, physically situated (via the flight model config file) where the floats really are, in order to give realistic fight characteristics. Based on the actual measurements from the manufacturer of the floats on the C172 in MSFS (Wipaire/Wipline), 28 gallons is nowhere near the maximum volume of fuel that could conceivably fit inside the forward section each of the floats, so even completely loaded down, you would still have plenty of buoyancy.

All of this extra weight from the fuel presented a problem for the tiny powerplant and airframe loads that the Cessna 172 can handle. So I went looking for a real-world solution and found a basis for one:

The company who makes the floats, Wipaire/Wipline, offers a modification service for the Cessna 182 (yes I know this mod is for a C172 but stick with me) called the BOSS182, which is an engine swap, port, polish, and tune to give a 48% increase in horsepower and a 37% increase in MTOW. I applied these percentage increases to power and MTOW for the C172 to bring the power and usable load up to where they need to be to handle the increased weight from the extra fuel.

Still working on the fuel gauge for the float tanks. It's there on the G1000, but it doesn't work yet.

Are you ready to fly a long way at a leisurely pace? Upgrade your Amphibious Cessna 172 to a C172LR today!

Show your gratitude by making a donation. This mod was brought to you by jmdunkle. You may donate if you like.

You don't have to pay, but we do.
Our website is made possible by displaying online advertisements to our visitors. Fair users download up to 10x faster and have to wait 5x less long than adblock users. Please consider supporting us by disabling your ad blocker.
This file has been scanned for viruses and is safe to download.
😊 Looking for more Cessna 172 add-ons? We got you covered!

These users have donated to jmdunkle to keep him making awesome add-ons everyone can enjoy.

This mod looks perfect! It probably would be, if it was also displayed in the simulator. Too bad there are no conditions that must be met and a procedure for installing the mod. Because the normal procedure does not work and the mod does not appear in the game!

The thought of sitting in what is basically a rattling dustbin for 1100 miles fills me with dread !

Thanks for the mod

3 month(s) ago / Thanked by jmdunkle

I agree...it would be a real world question for any owner,..especially with night flying...from the Great Lakes to let's say, Key West! Thank you!

3 month(s) ago / Thanked by jmdunkle

Great idea. Can you do ATW versions for other planes? Try placing extra fuel tanks in the passenger and cargo areas for trips around the world (ATW).