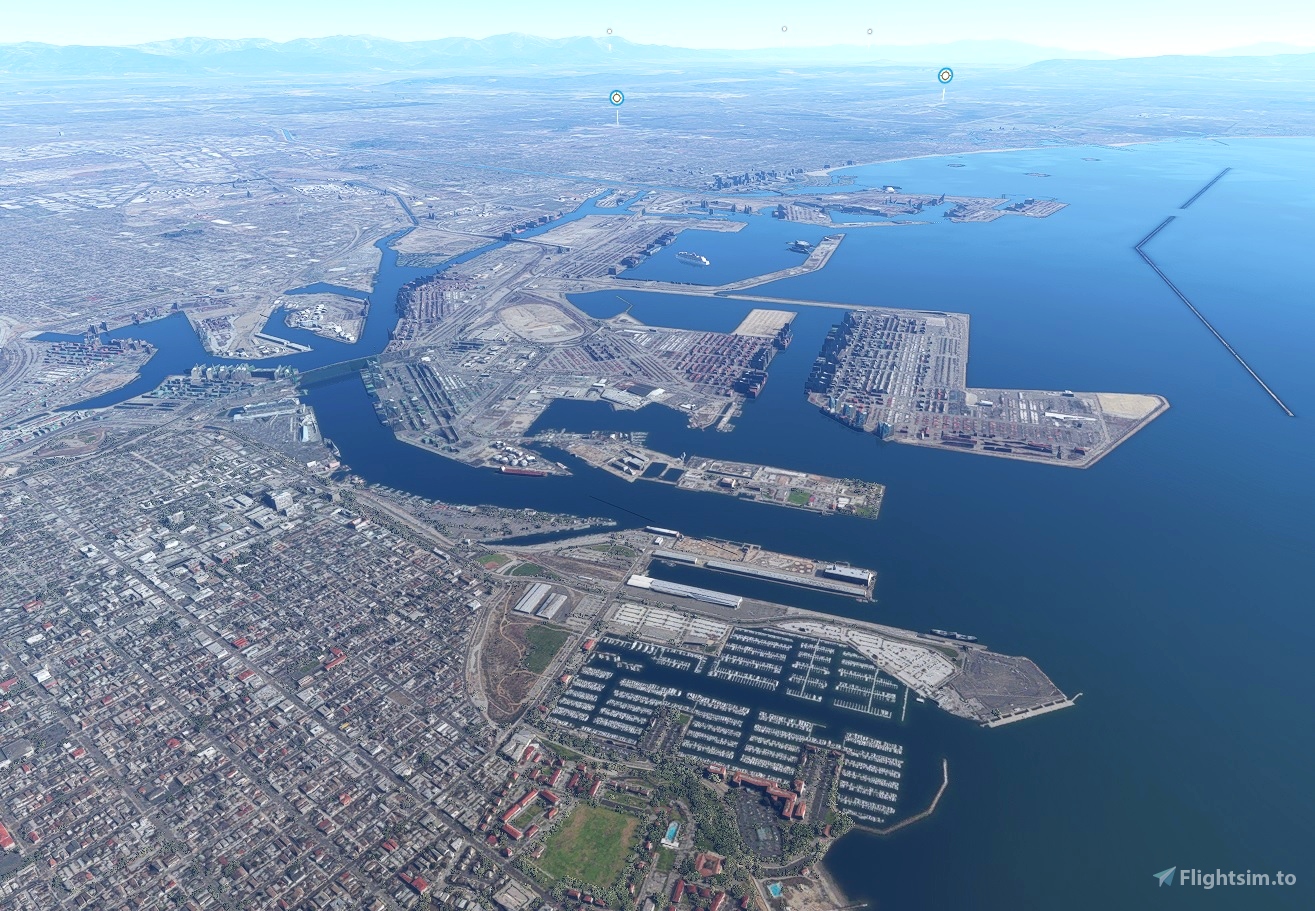 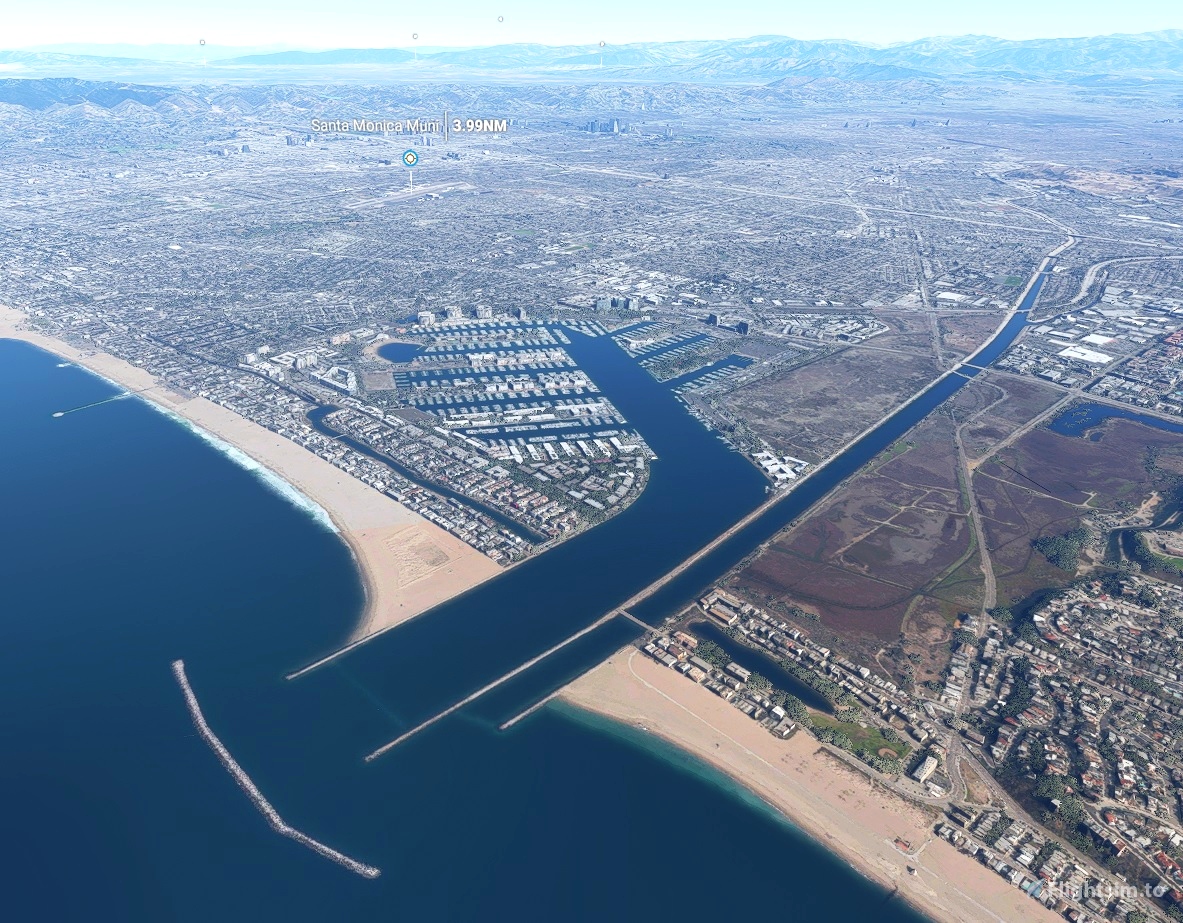 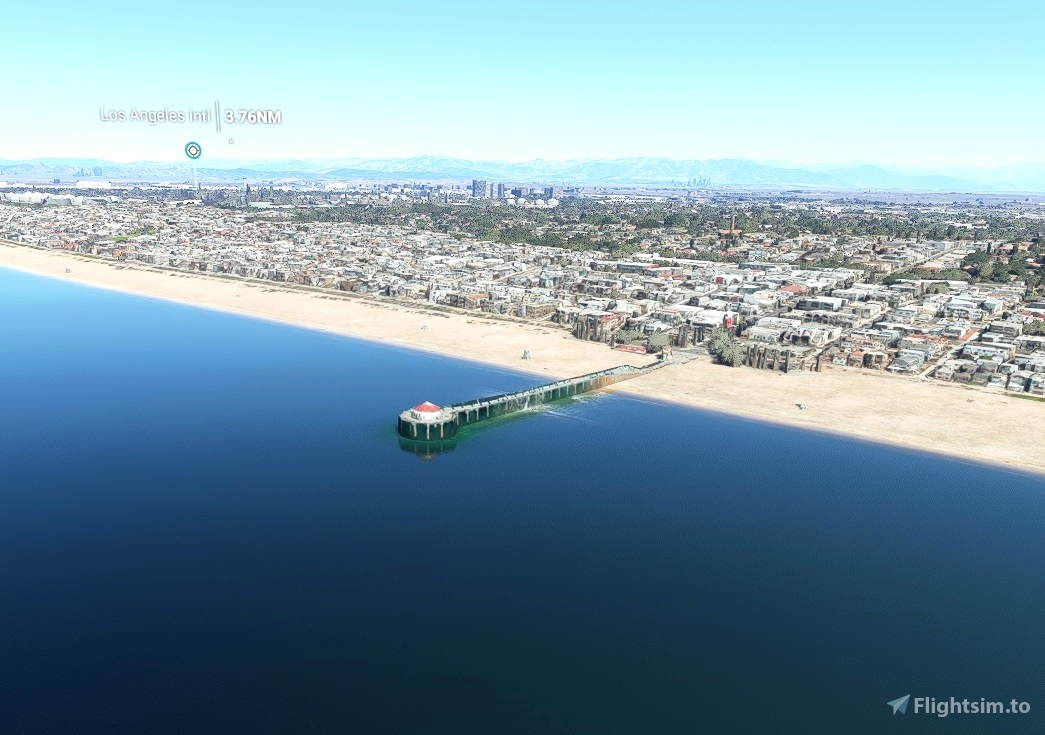 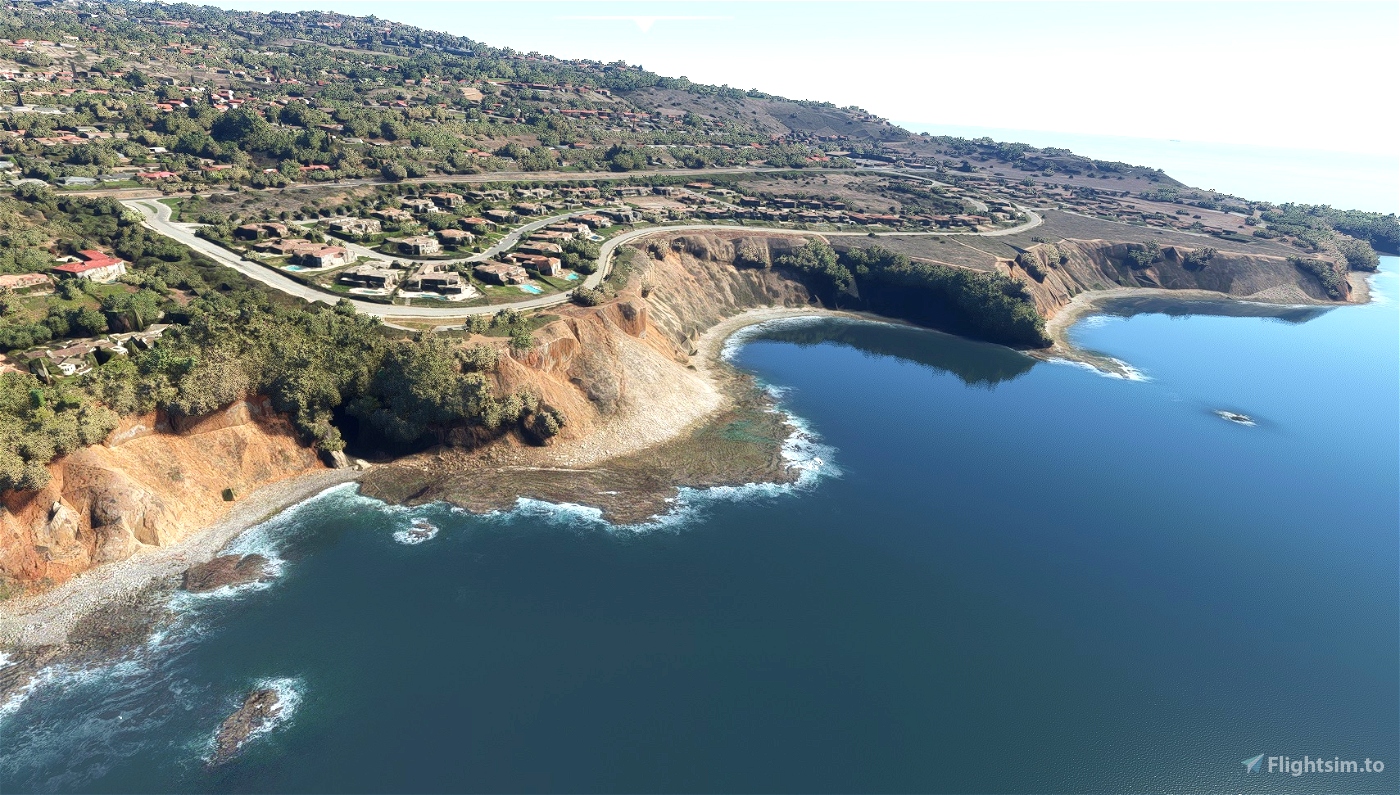 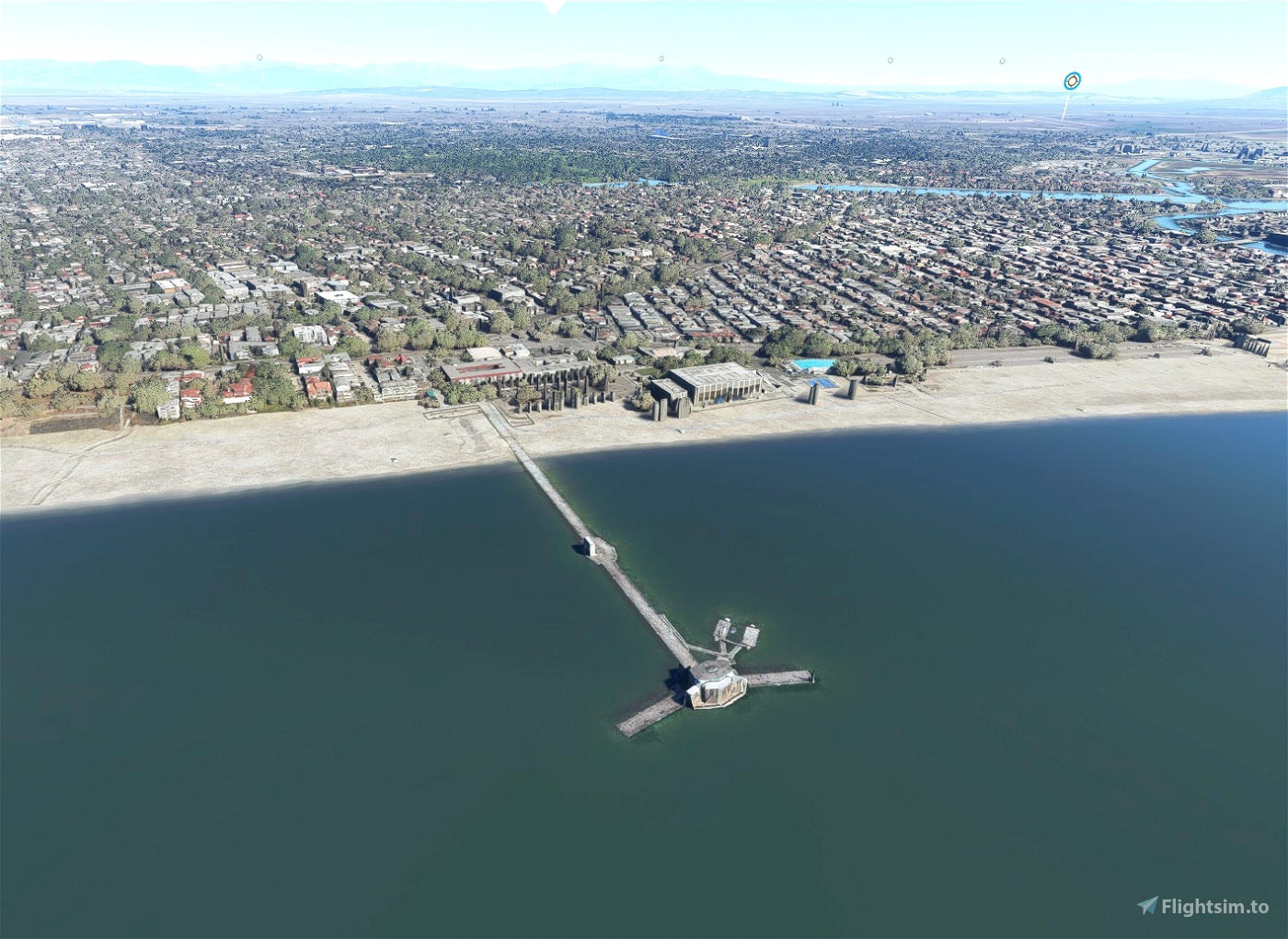 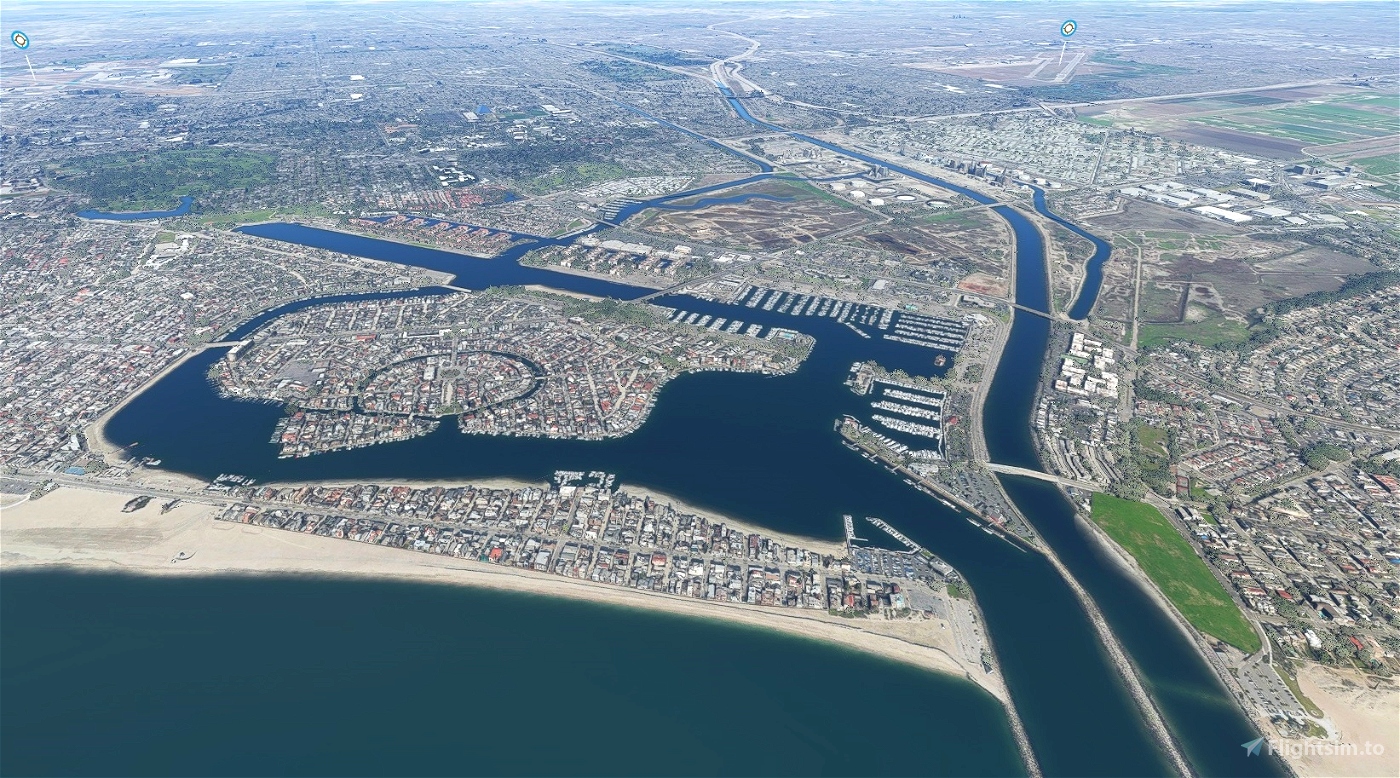 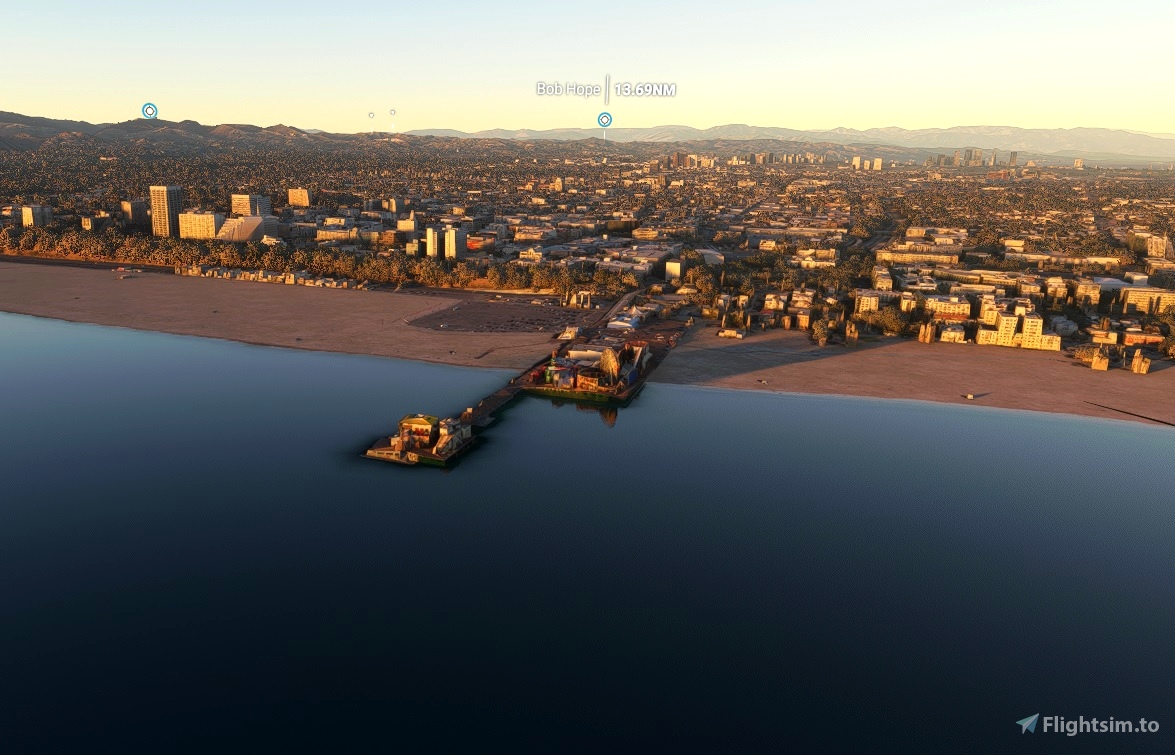 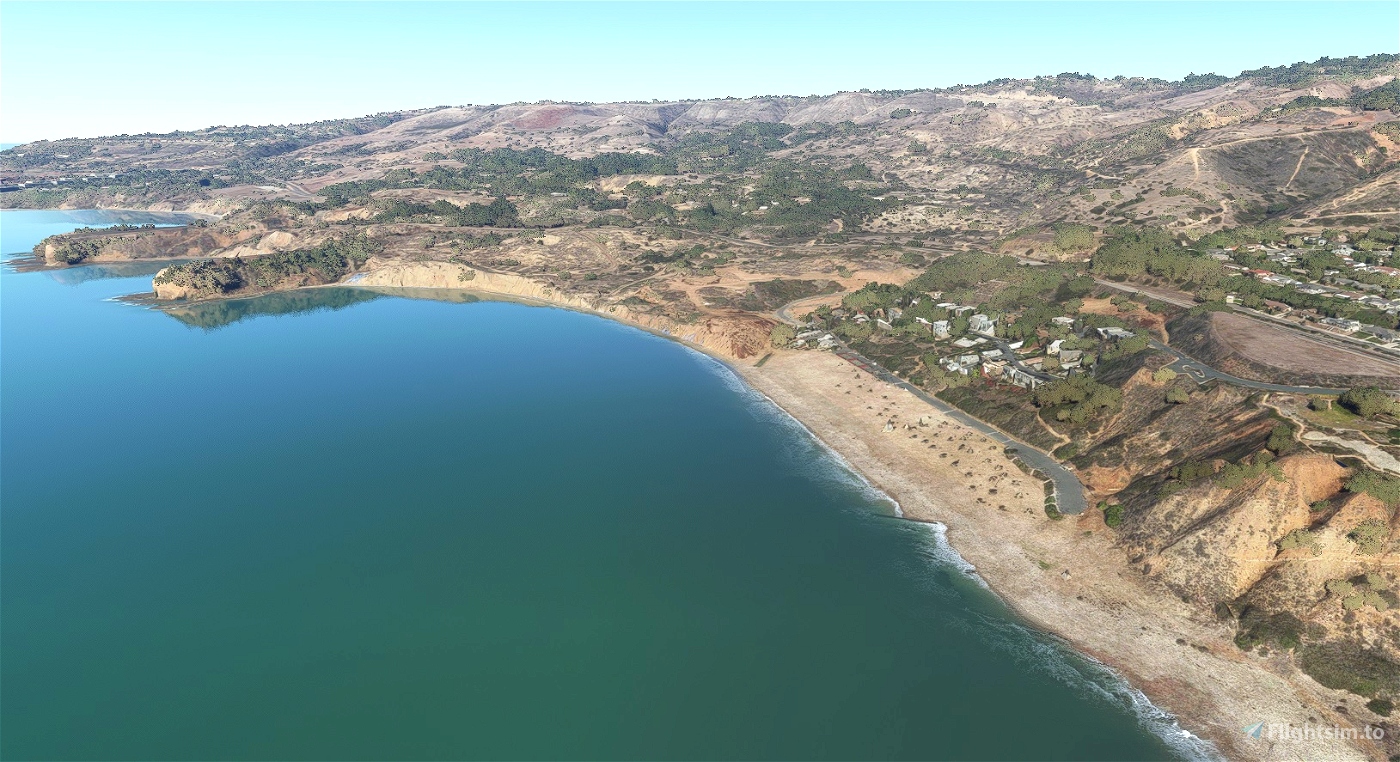 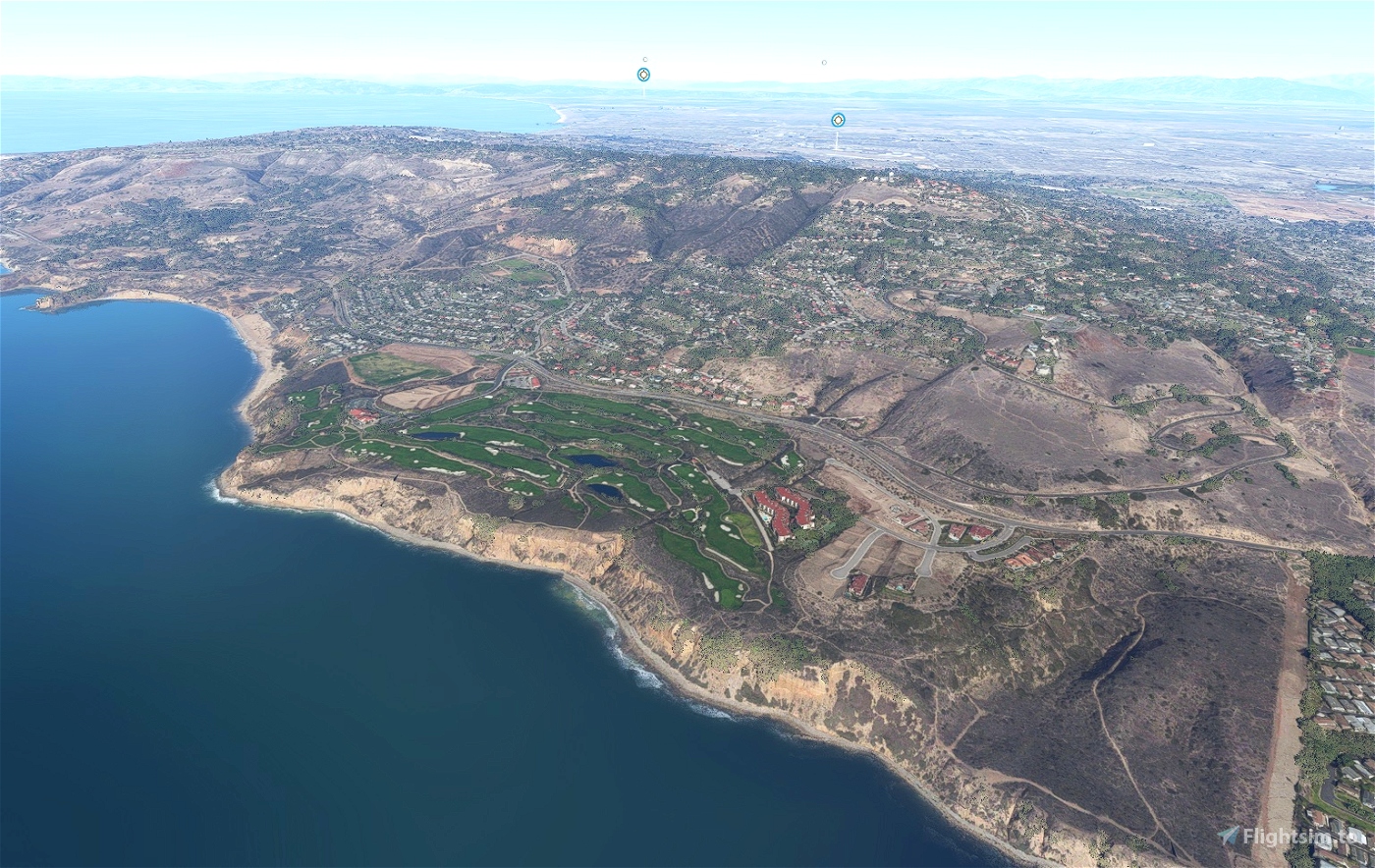 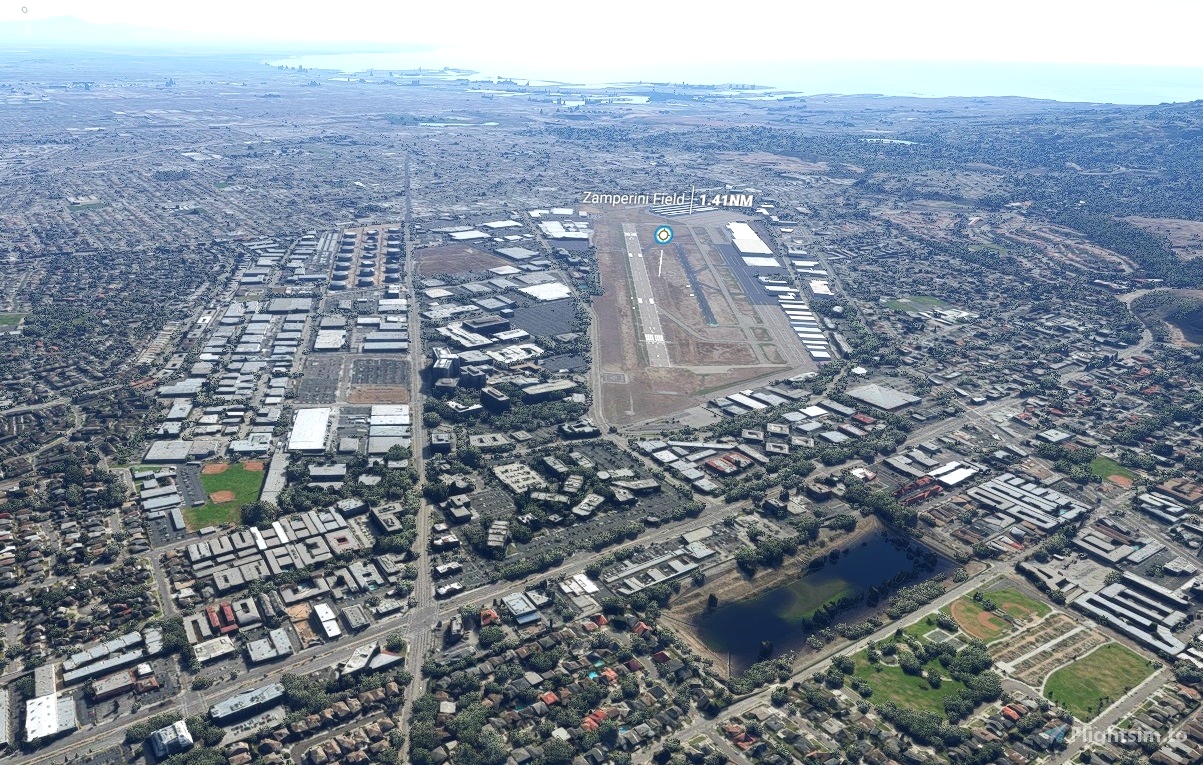 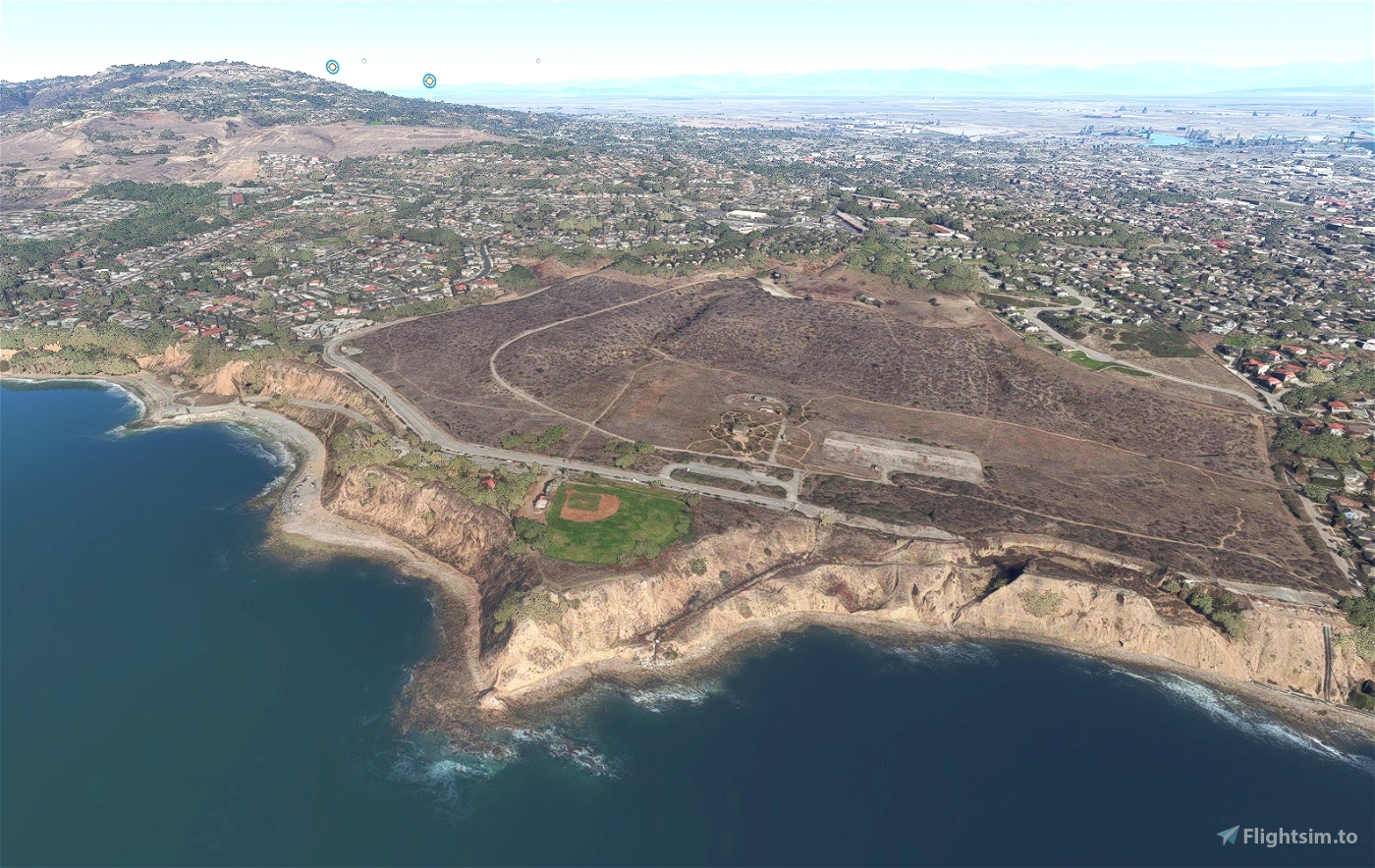 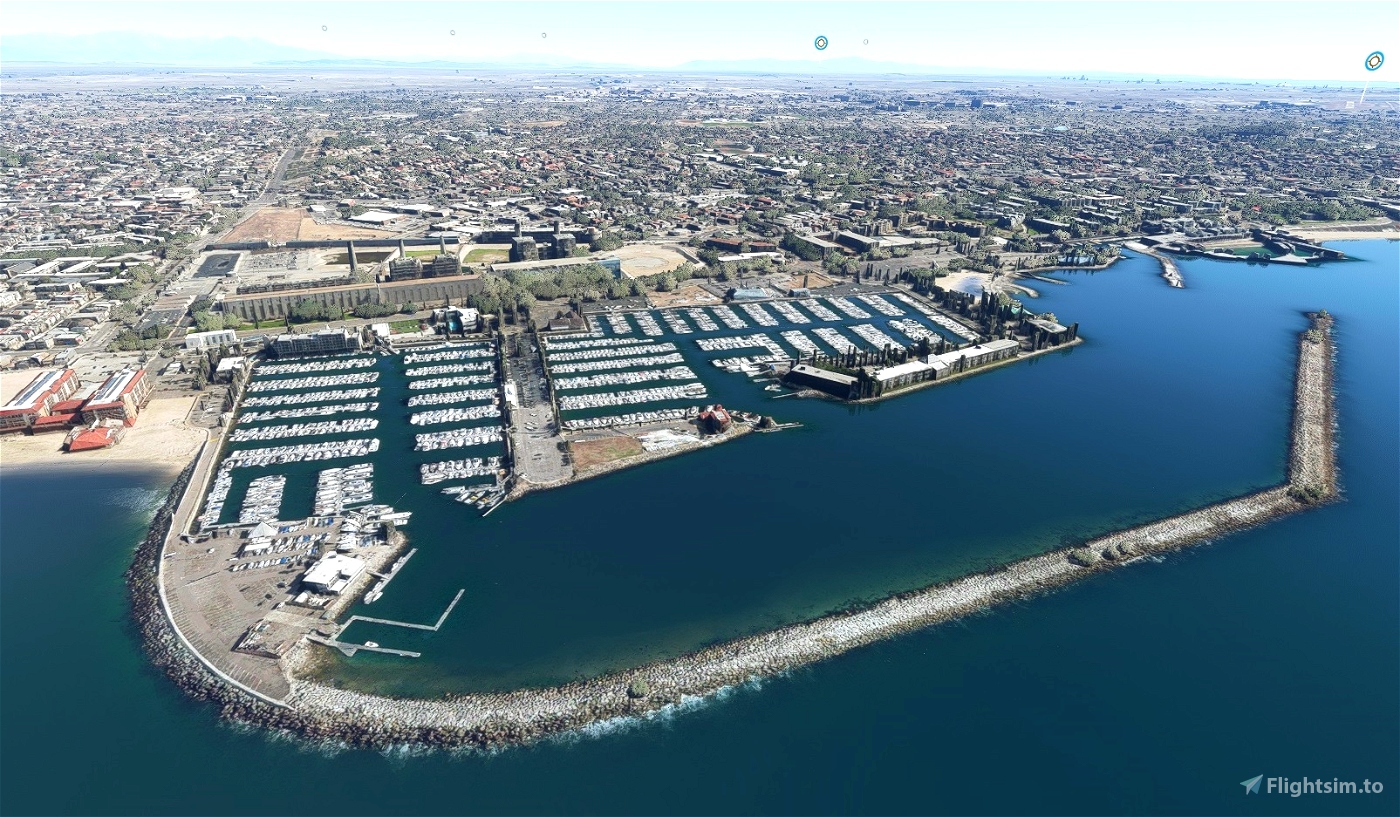 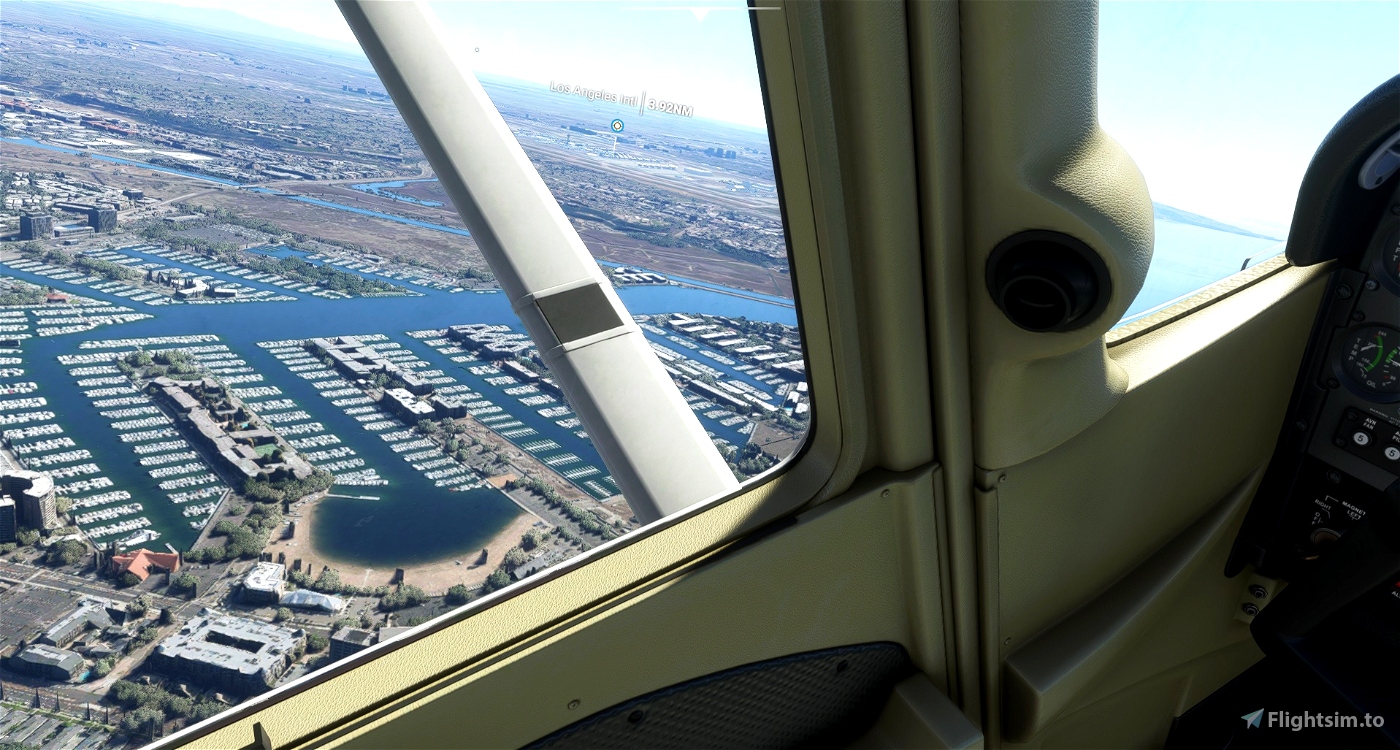 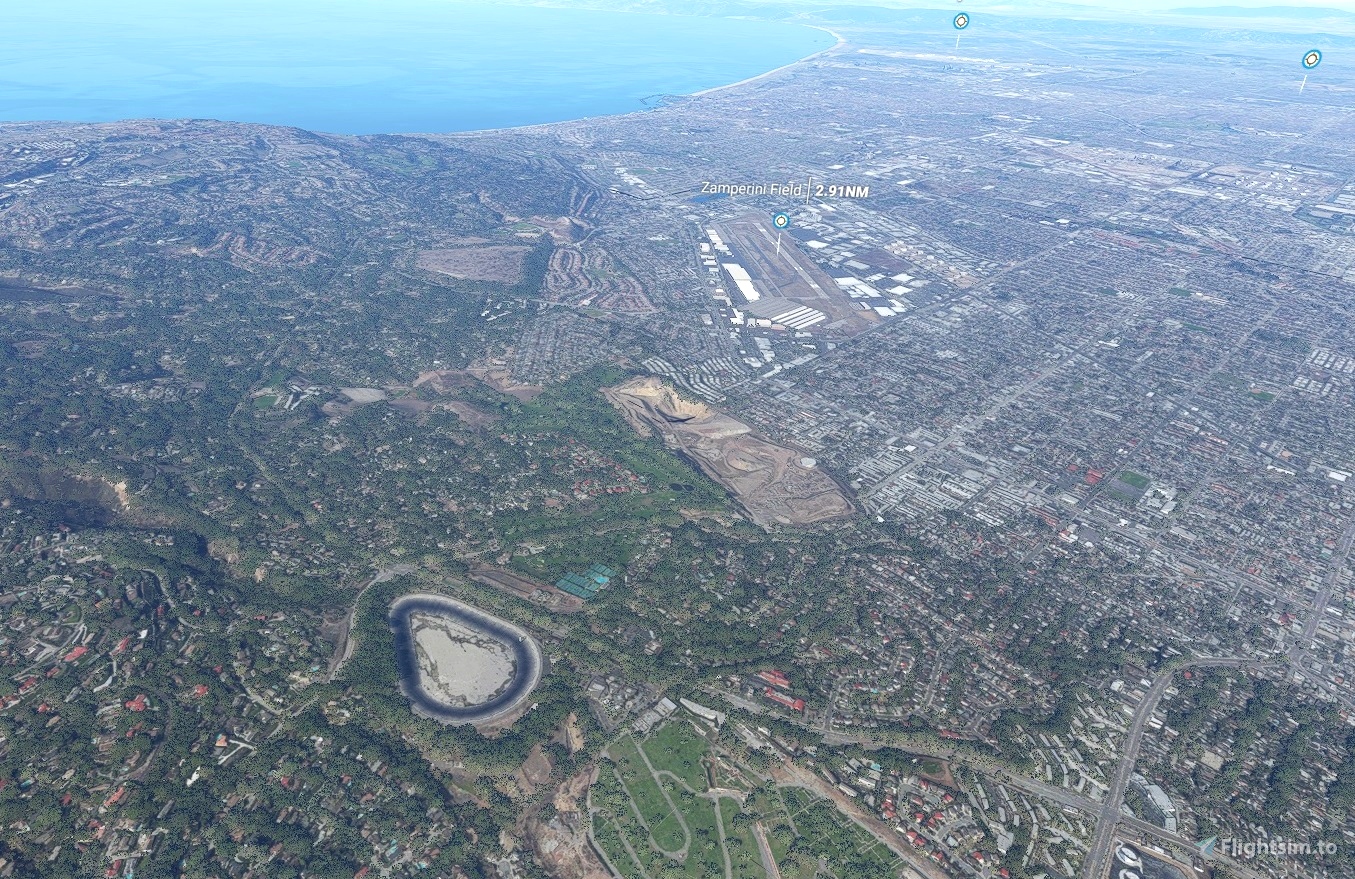 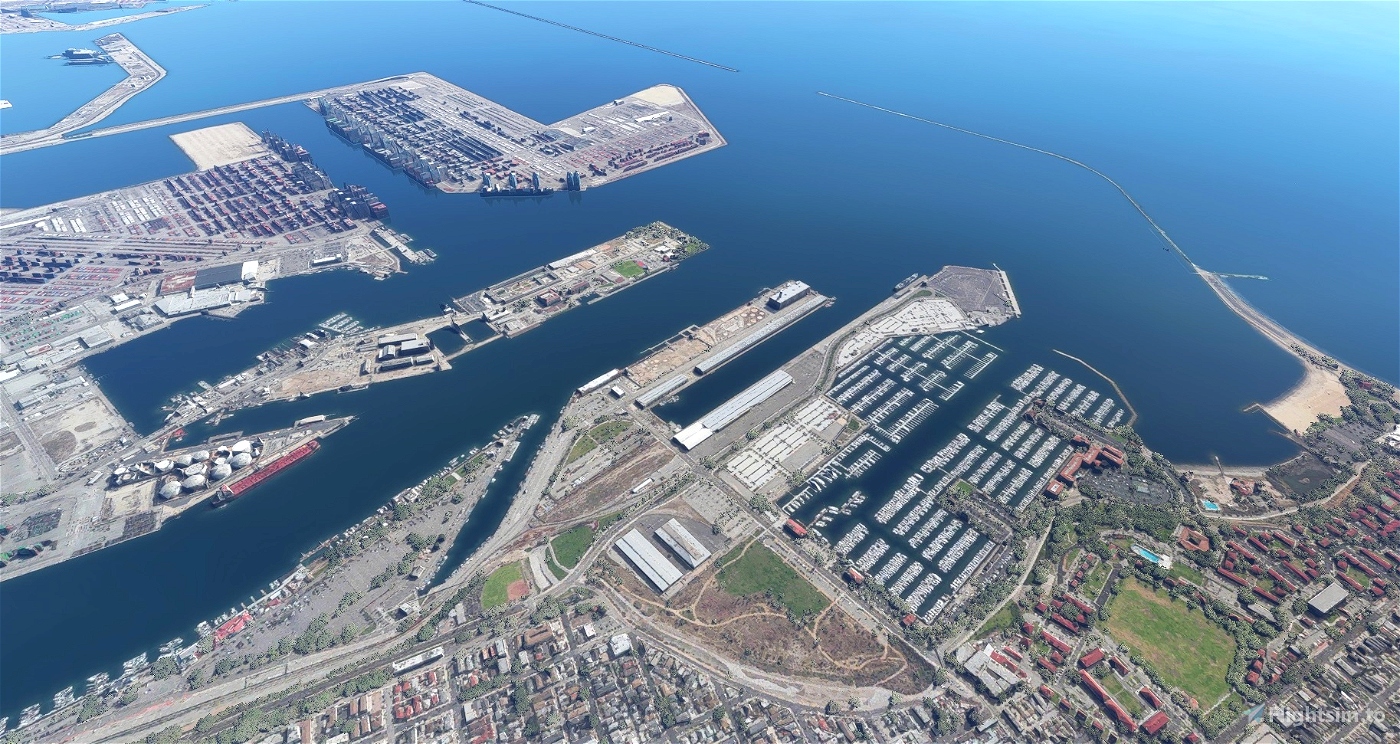 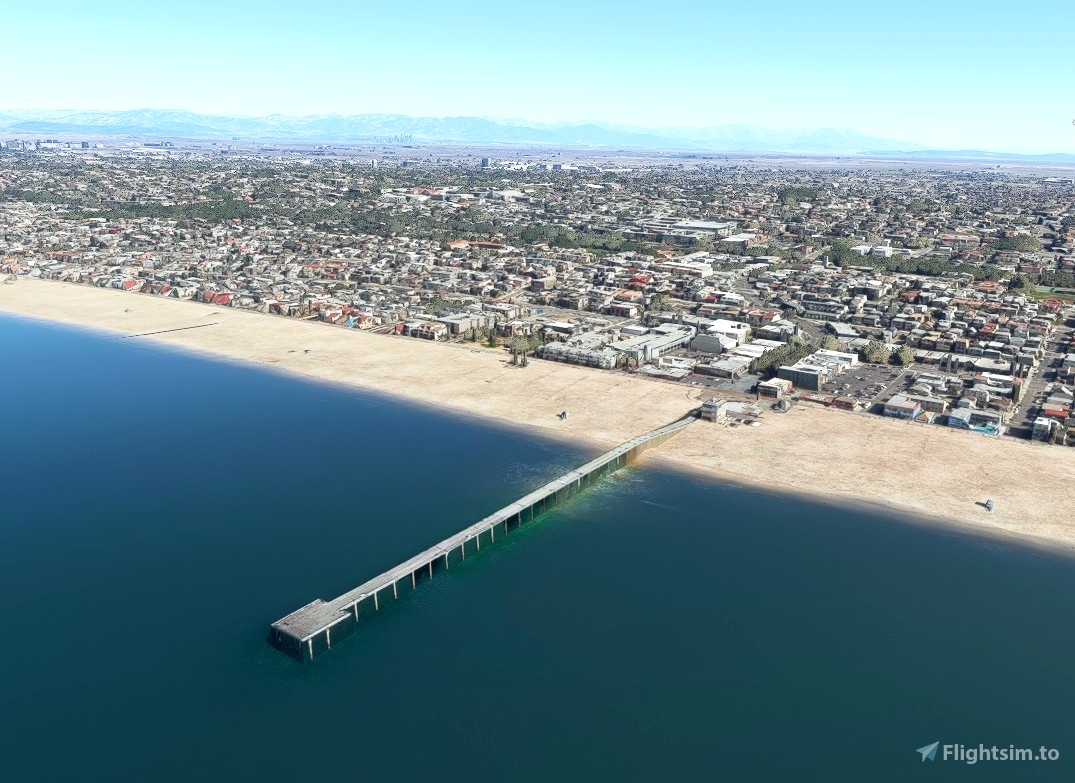 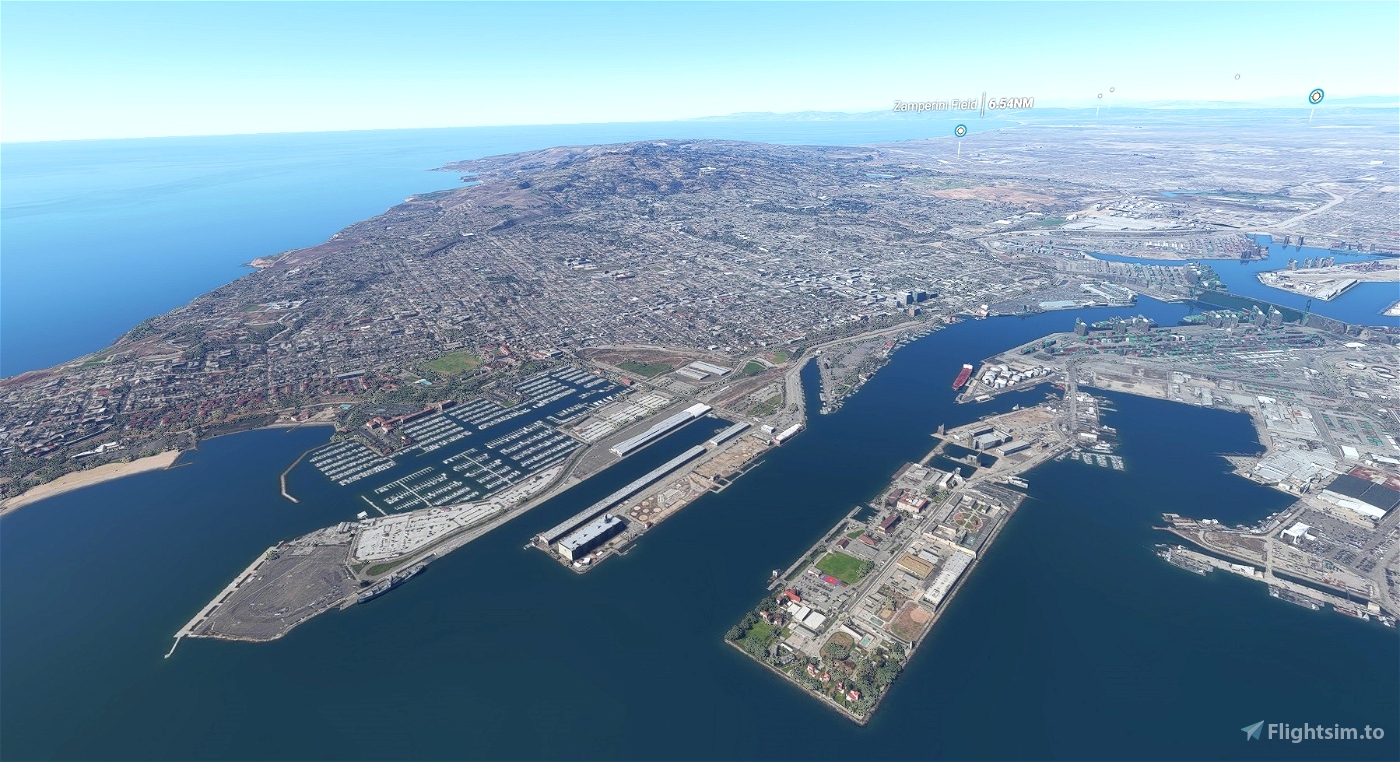 With recent changes to World Update 6 (and perhaps global warming leading to rise in sea levels 😁), water levels have seemingly risen throughout the game, leaving many previously visible features now underwater.  (SU5 did exhibit some of the same issues, but not to the extent seen in World Update 6.). This mod applies exclusion polygons to areas covered in water in order to uncover them.  It also removes erroneously placed trees around water areas.  No scenery objects were added.

This mod fixes the following issues to the default scenery located in Los Angeles County, California, USA. I do not use other freeware or payware in the area, so I don't know if this conflicts with other third party mods.

I did not cover areas addressed in Los Angeles water fix & California dry lakes (by Arctic502).

To install, simply place a copy of the folder “lawaterfix” into your community folder.

Show your gratitude by making a donation. This mod was brought to you by mistercoffee1. You may donate if you like.

These users have donated to mistercoffee1 to keep him making awesome add-ons everyone can enjoy.

These water fixes are great? Does this have any conflict with the excellent LA water and dry lakes mod?

Hello, thank you. Not to my knowledge, I mostly stayed towards the coastal areas. I kept away from the larger inland lakes.

As with your other water fix mods this is fantastic. Flew low over the Port of Long Beach after installing this, and there were no trees growing on ships, even the Queen Mary looked better. Thank you.

Woot, been waiting for this one.... installing....