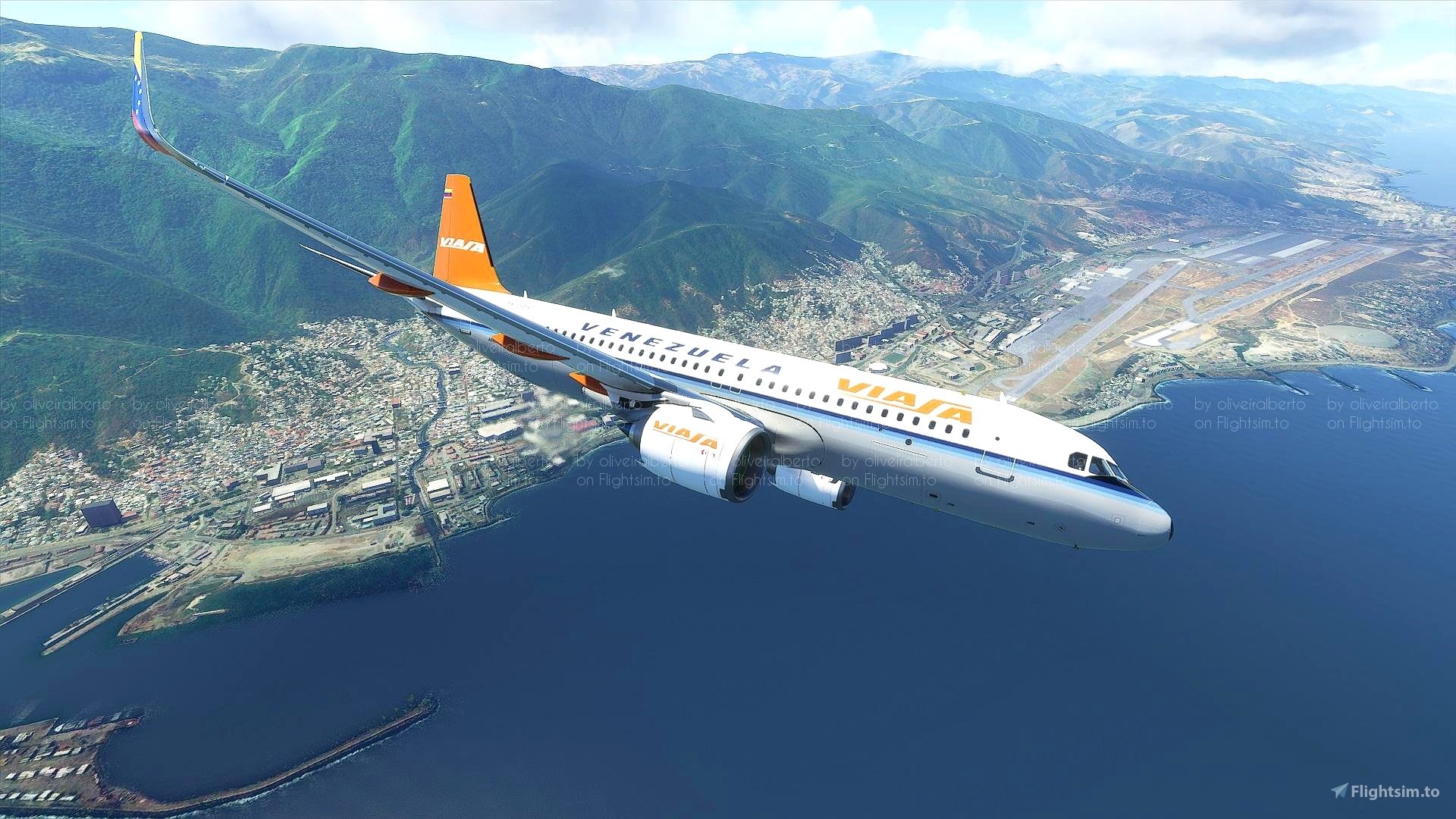 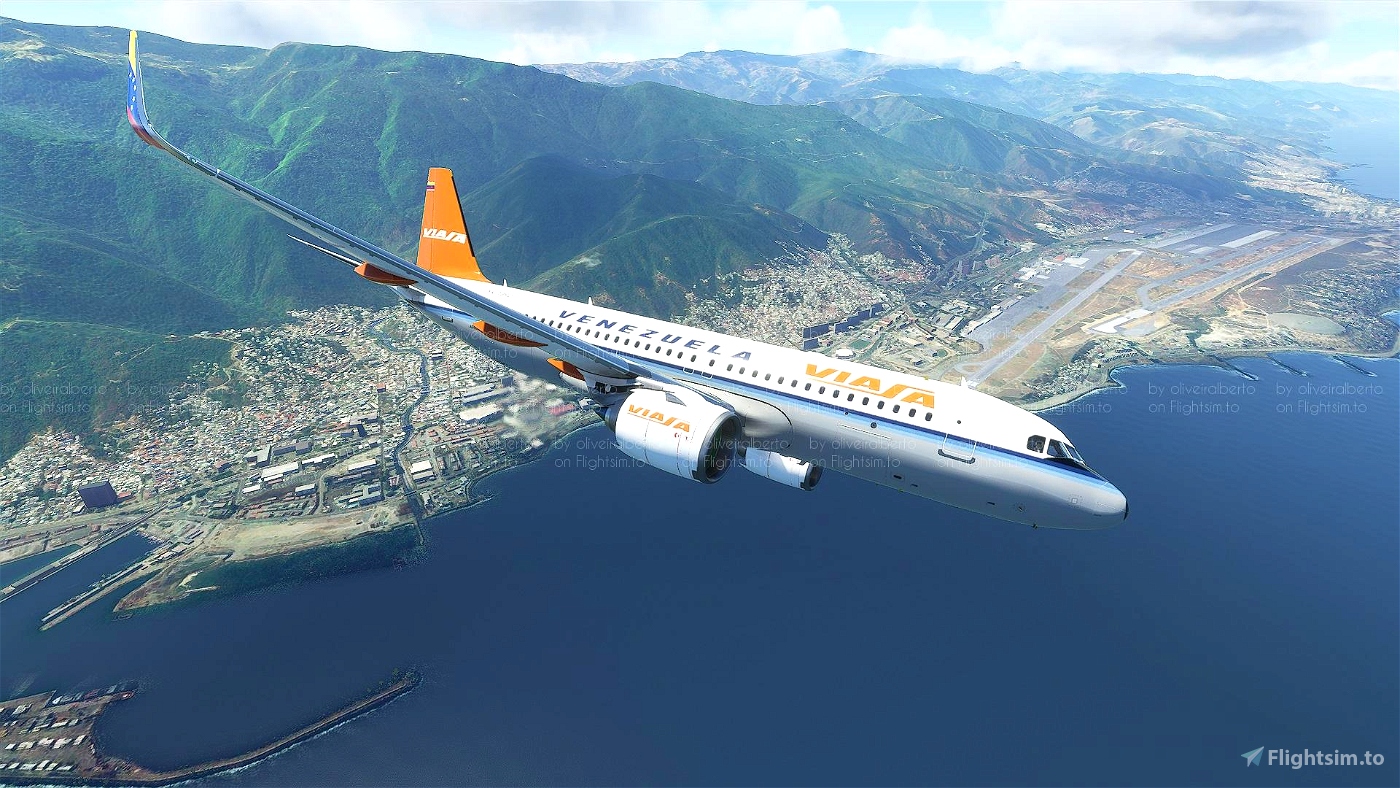 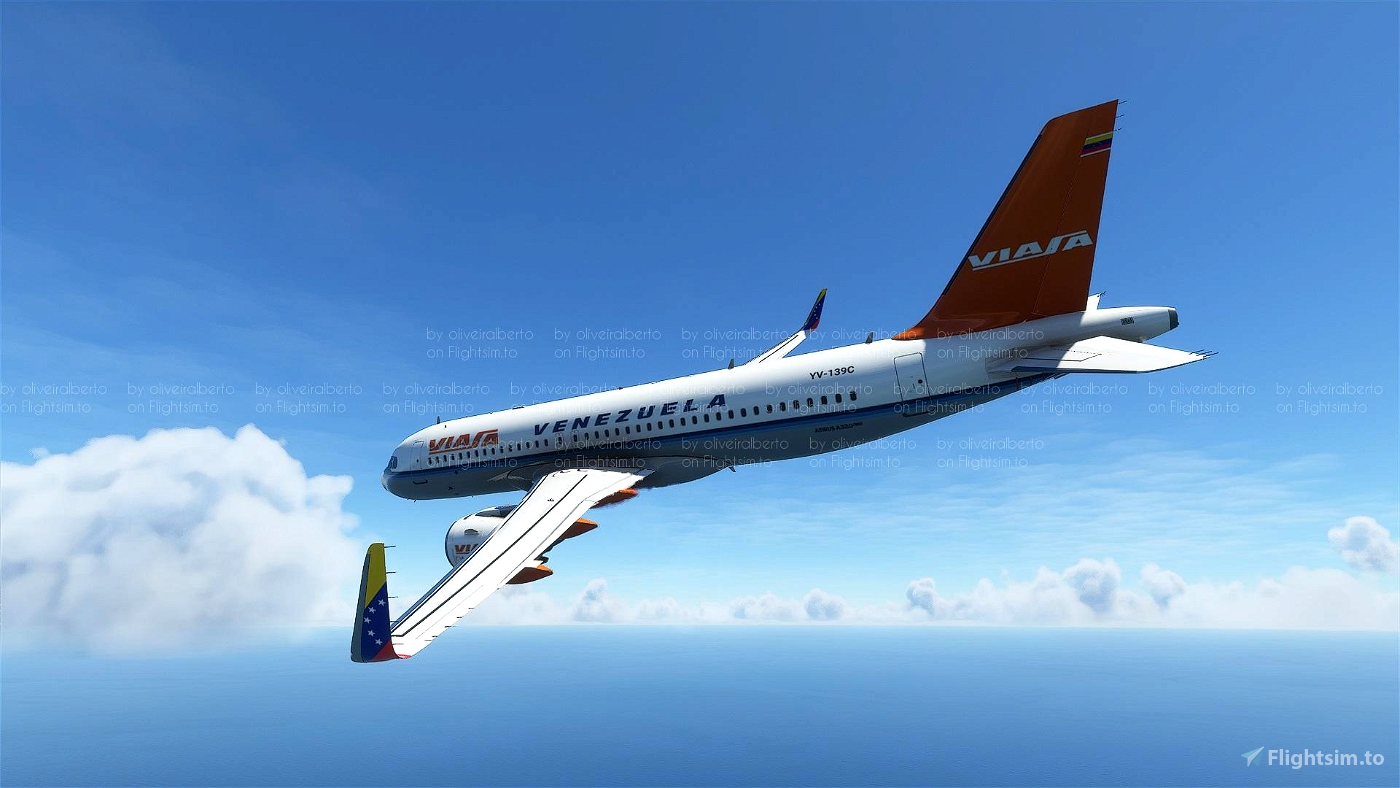 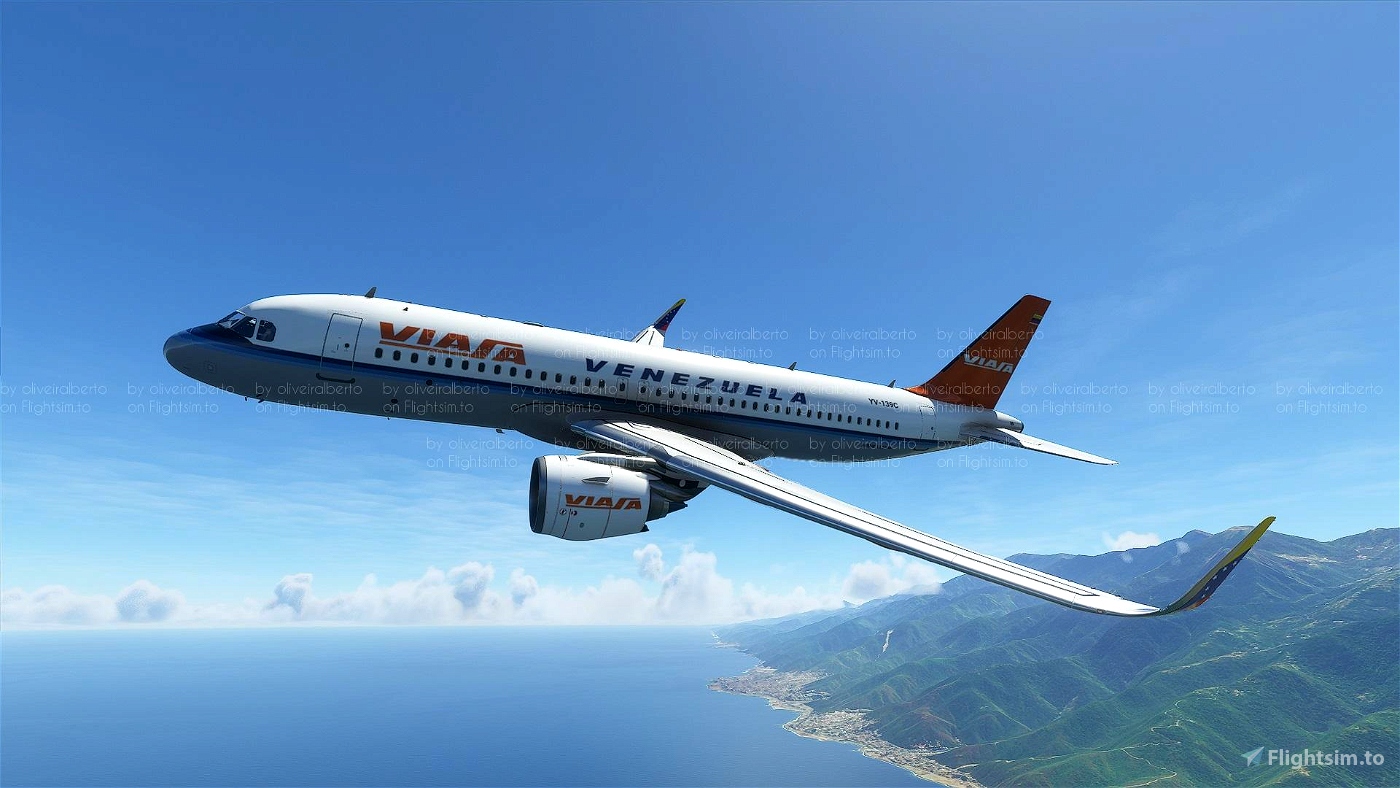 A32NX: Unless otherwise stated by the author, these liveries may not work with the new A32NX Development branch as of today.

Starting April 03, FlyByWire will begin packaging and distributing the A32NX as a separate aircraft from the default Asobo A320neo. This only affects the development and experimental branches of the A32NX - not the stable branch yet. However, with this update, liveries made for the default A320neo will no longer function in the new FlyByWire package. Liveries will need to be converted by their respective authors. There will be a simple livery conversion tool released by FlyByWire within a week from now, but until then, we recommend that you do not update your A32NX to the new development or experimental version if you want to keep using all liveries here on Flightsim.to!

We will keep you updated how we handle this change soon.

Venezolana Internacional de Aviación Sociedad Anónima (English: JSC Venezuelan International Airways), or VIASA for short, was the Venezuelan flag carrier between 1960 and 1997. It was headquartered in the Torre Viasa in Caracas.[2][3] Launched in November 1960[4], it was nationalized in 1975 due to financial problems, and re-privatised in 1991, with the major stake going to Iberia. The company ceased operations in January 1997, and went into liquidation.