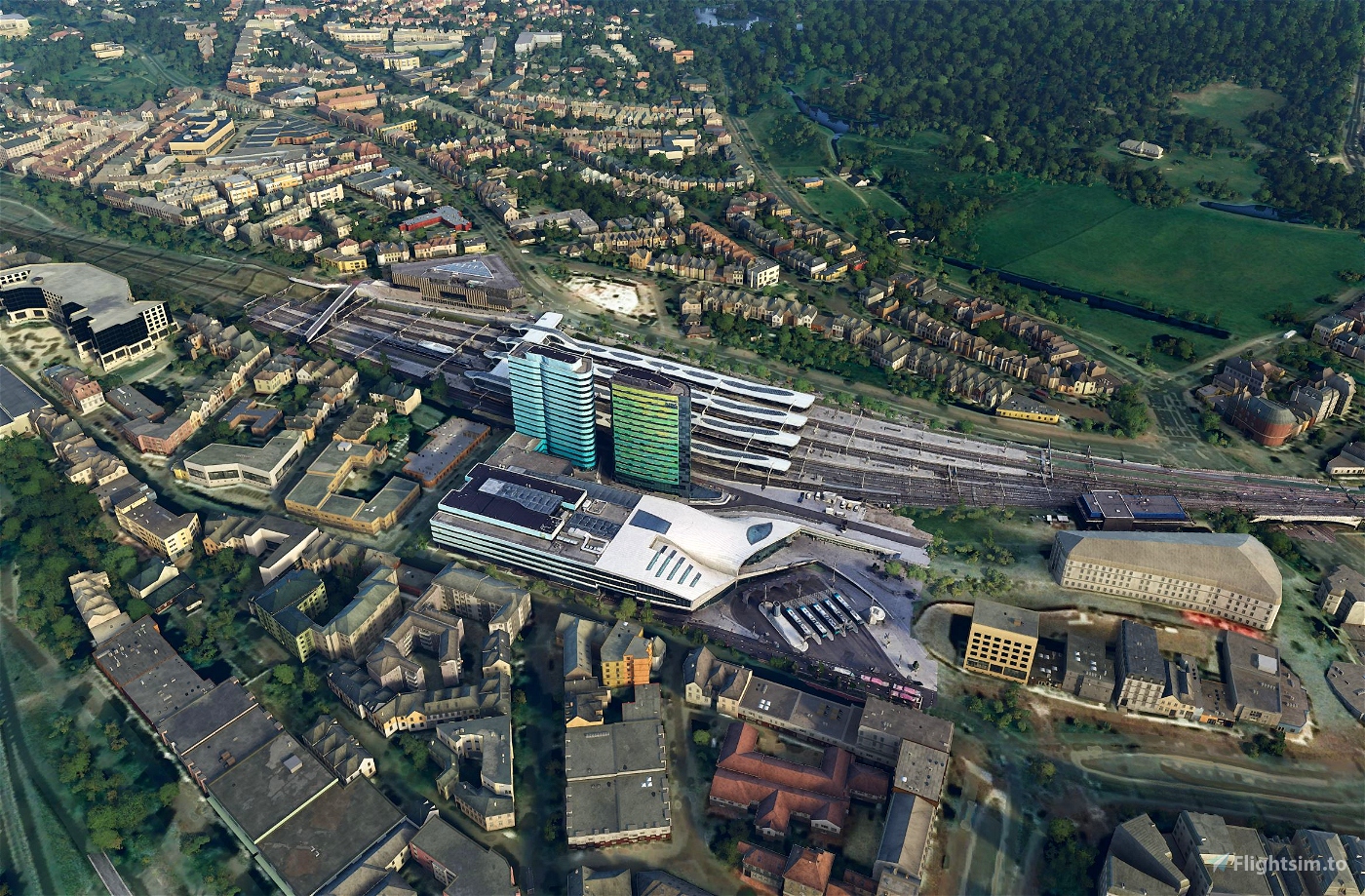 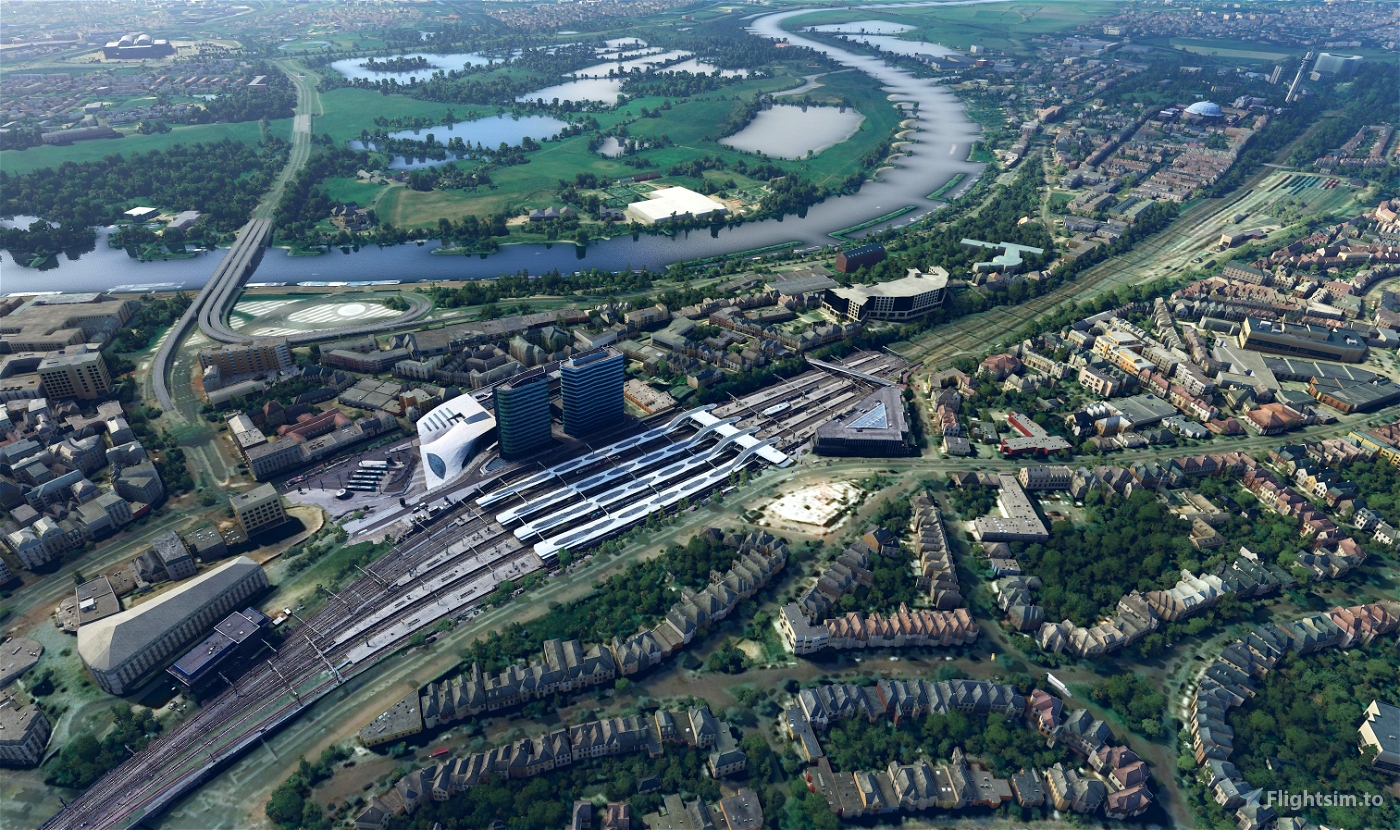 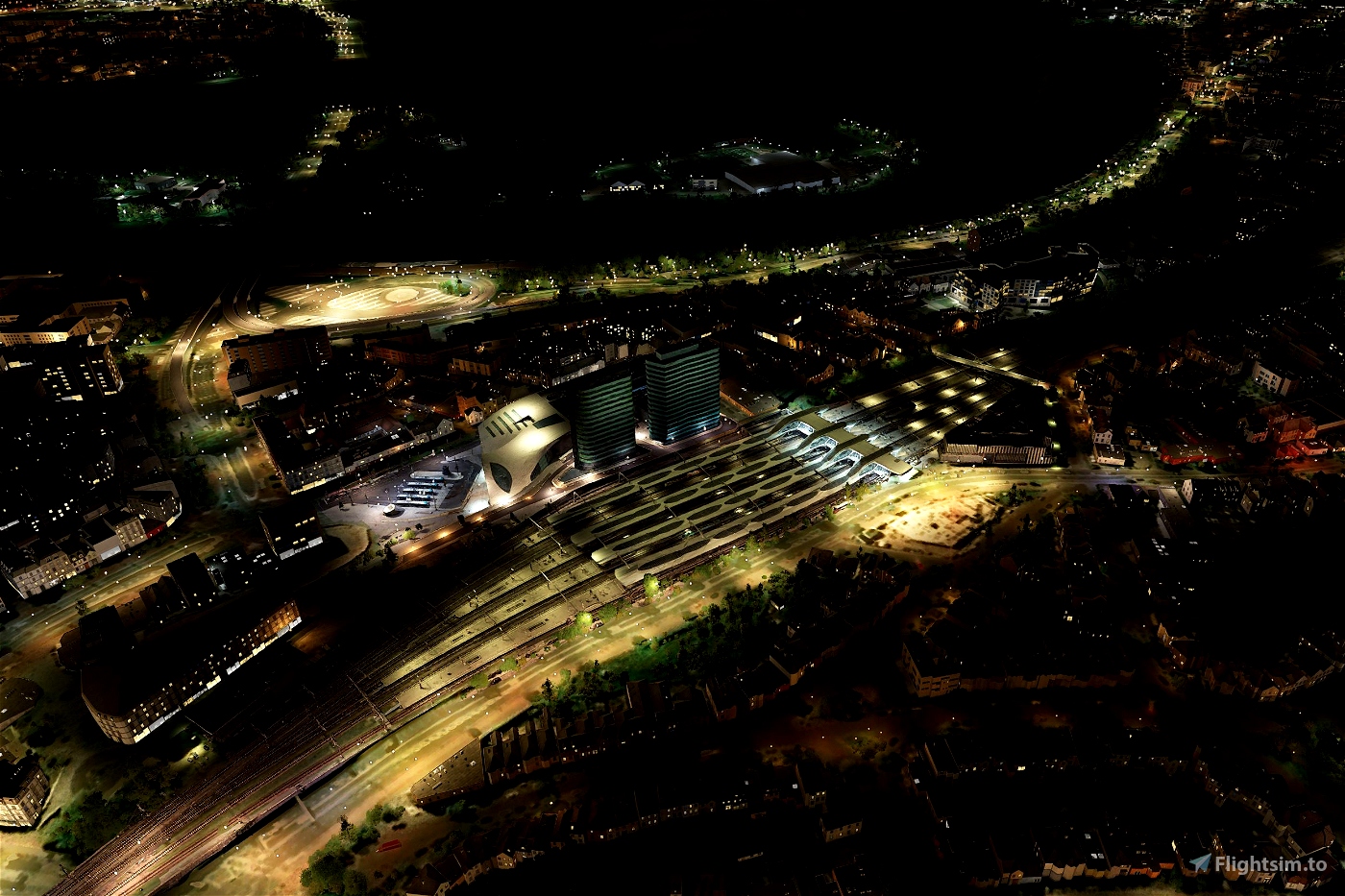 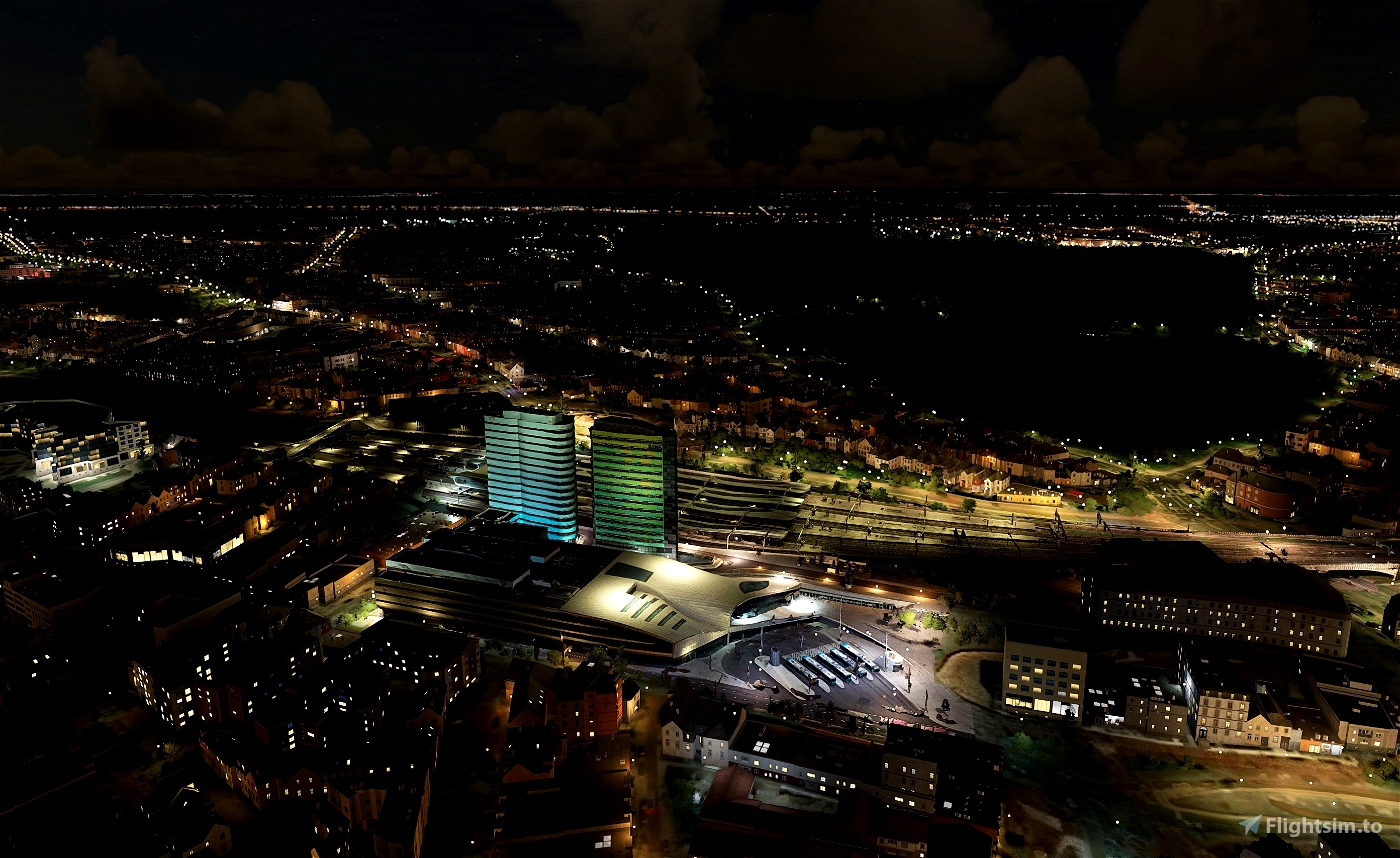 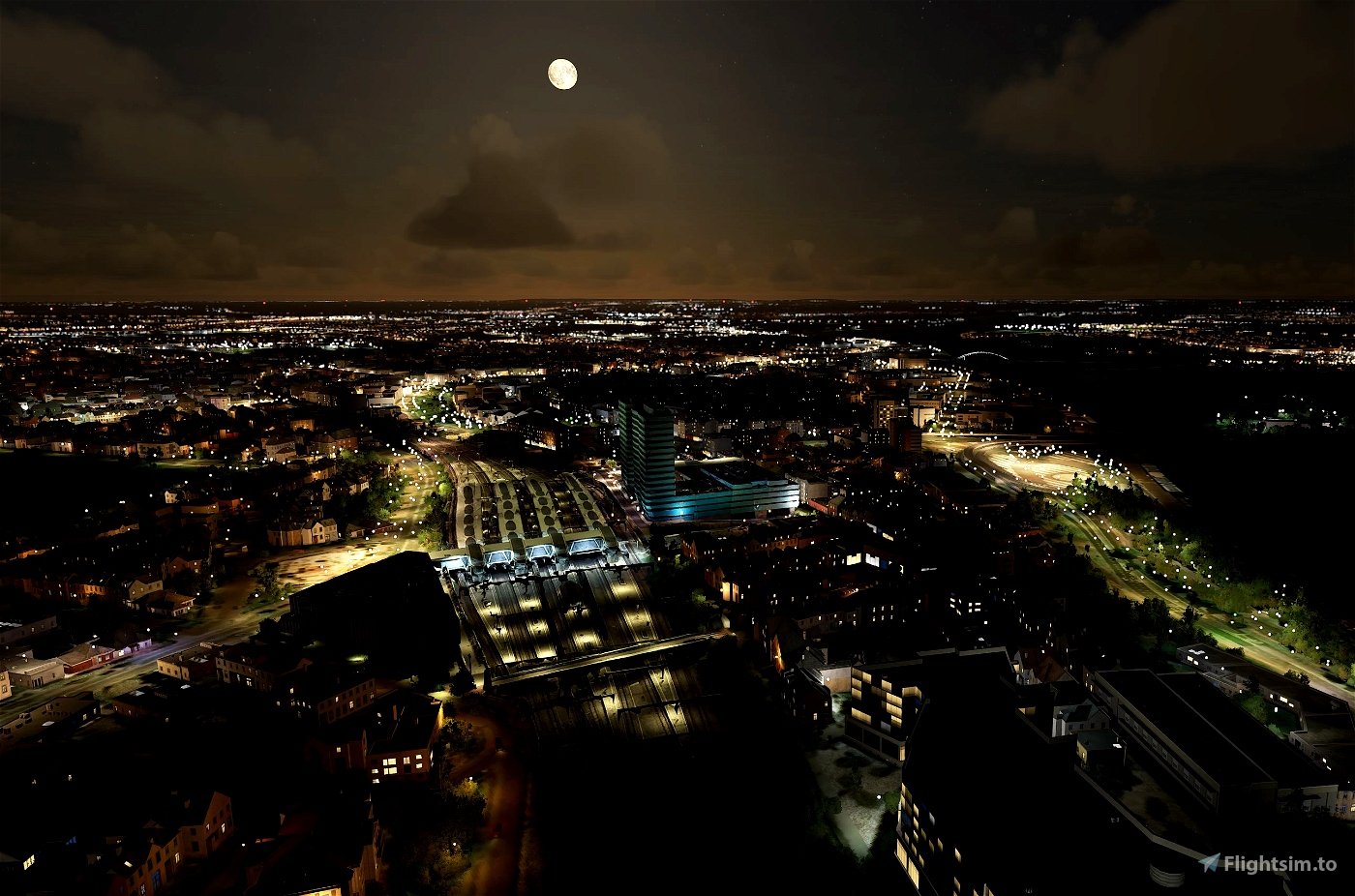 Note editor:
Don't be to hard on me..  This one was though, based on a  lot of levels in it. High ground around the rails, trainstation building different kind of levels on th e ground.  pffff.....So I hope you like it..

The station is the main station of Arnhem, and at present, has around 40,000 passengers that use the station per day, this makes it the 9th busiest station in the Netherlands. The main building has a surface of 18,000 m2 and a volume of 76,000 m3, the building has a capacity of 110.000 transfers per day.

In 2006 a reconstruction of the complete station area started. In October of that year, a temporary station entrance opened, that could only be reached by three sets of stairs (or by elevators). On July 2, 2011, a new tunnel under the platforms opened. The temporary entrance closed down and dismantled in the Autumn of 2011. As of that period the railway consists of 4 platforms including a footbridge connecting all platforms.

During the summer of 2011 a new dive under was created west of the station which allows trains to Nijmegen and Utrecht to underpass all tracks without interfering the other train services. All traffic on the western part of the station was completely suspended during 5 weeks. Drive under officially opened on the 29 of August in 2011. The official re-opening of the completed station was on 19 November 2015, on this day the station was renamed Arnhem Centraal, formerly it had just been Arnhem.

The new design of the railway station was created by UNStudio[2] in collaboration with Cecil Balmond at Aurp AGU. It won the Dutch Nationale Staalprijs.

1 year(s) ago
I have the feeling that your add-ons are getting better!
Thank you!
0
0
Reply

1 year(s) ago
Come on! Hard on you Sir?
We're very fortunate to have our own 'Orangeshark.ai' developers for our country in this continuous degrading sim (by every update..)
All of you guys doing a great job in creating and filling up the 'gaps' the first party forgot or...wasn't capable to implement. Every Flightsim is dependent to 3rd party devs so far to make it better an that's what you guys continually deliver.
Thumbs up, 5 stars, great job!