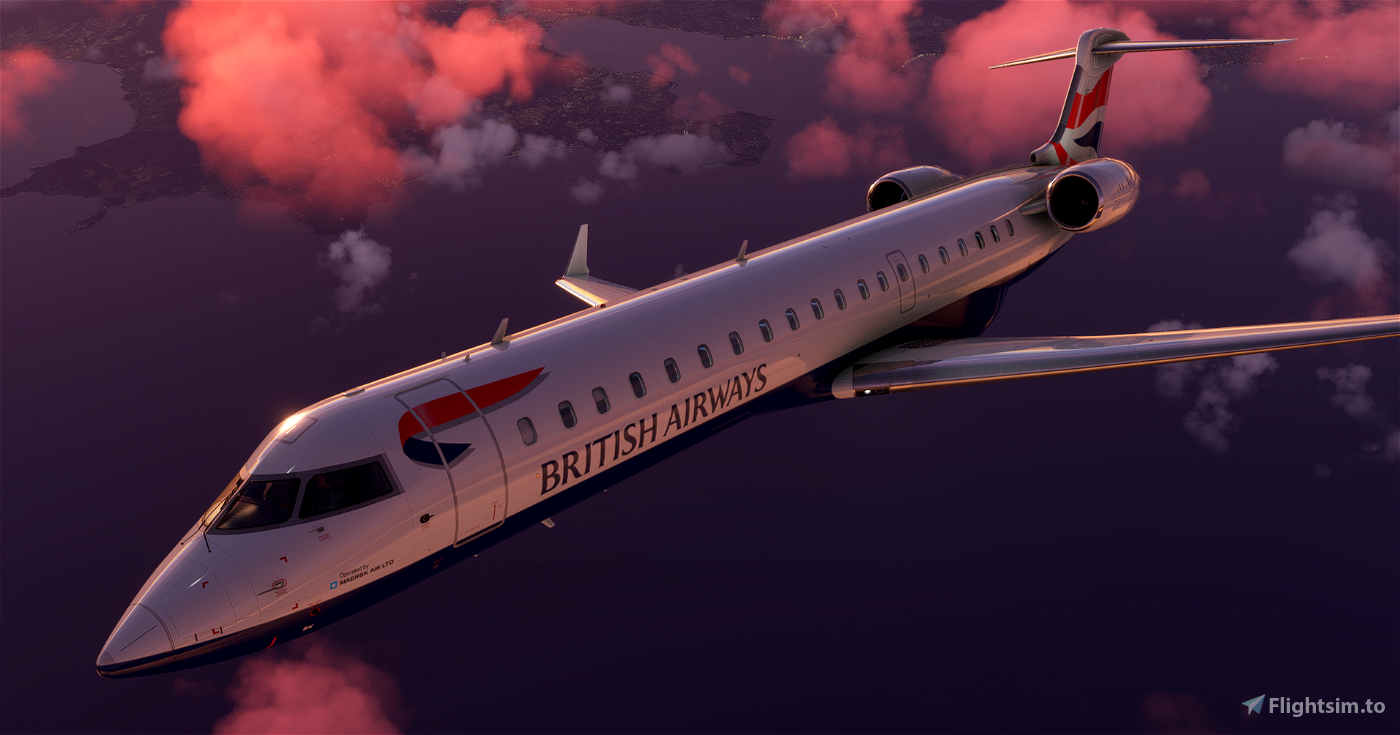 Painted to look like the original CRJ700 G-MRSK with all fine details I could find. 8K quality for close up viewing, custom reg under the wing and inside the cockpit. Enjoy!

Maersk Air UK, was a British airline which operated between 1993 and 2003. It flew out of Birmingham Airport to domestic and European destinations under a British Airways franchise agreement.

The airline was created through the demerger of Brymon European Airways, which had been created through the mergers of Brymon Airways and Birmingham European Airways (BEA). Maersk took over the former BEA operations, while its co-owner, British Airways, took over the ex-Brymon operations. Maersk Air UK commenced operations with BAC One-Eleven and Jetstream 31 aircraft. These were later replaced with Boeing 737-500s and a Jetstream 41. From 1999 these were again replaced with Bombardier CRJ200 and CRJ700s. The airline was sold through a management buyout to become Duo Airways.

Feedbacks and donations are always welcome.

For any question dm me on discord tomihbk#3833

These users have donated to tomihbk to keep him making awesome add-ons everyone can enjoy.


Please login or sign up first to comment items.
Liveries in this category require additional payware. You can buy the Aerosoft Aircraft CRJ 550/700 from Aerosoft or in-game marketplace.
Permissions

2 month(s) ago
Hey man, great livery!
only big thing that is wrong is, this livery is missing the interior textures completely.

Thanks for the heads up. It has been fixed now.

© tomihbk - All rights reserved. Any reupload or redistribution of this file without the author's prior written consent is forbidden.
This Flight Simulator 2020 Mod was created by tomihbk and shared in Aircraft Liveries » Aerosoft CRJ 550 for Microsoft Flight Simulator.